Bound's ambition is nothing less than to unclutter the paths of our lives, the twisting corridors tangled with tentacular intrusions of personal and emotional barbs.

Its stark message is that the sussurating ties that hold us — family, career, friends, our own worst impulses — ought not impede the liberation of self. That whole theme is presented through an iridescent world of dance.

The player takes on the role of a vaguely humanoid woman, a dancer. She is tasked with movement, exploration and survival. She follows a series of pathways toward mini-denouements involving fairytale archetypes such as Queen, Princess and Monster.

its structure is not unlike a grand ballet, in which story is suggested through movement.

Chapter-by-chapter, these little stories conjoin to proclaim a highly satisfying narrative of love and life. It is both a parable and a metaphor. In this way, its structure is not unlike a grand ballet, in which story is suggested through movement.

Progression is a matter of negotiating platforms, rooms and ingress, seeking escape by resolving featherweight puzzles. Linear avenues strewn with obstacles present a play-path that offers minimal challenge. Bound's point is not to confound the player with a whorl of physical tests. It is to lead onward, toward a point of emotional revelation.

Apart from the unfolding story, Bound's principal strength lies in braiding together the vivacity of its perplexingly gorgeous world with its central character's refined movement. She can walk and run and jump, like just about any other character from any other platformer game, but she is also capable of balletic dance moves.

From the very start, intensely realized character animations transform her from a pile of polygons into a paragon of grace. Carefully choreographed interactions between limbs, muscles, arcs and twists provide one of the most lovely examples of human movement in gaming history.

Unfortunately, it soon becomes clear that these dance moves are limited to no more than a handful in number, and that their relationships with one another lack creative utility. The player can choose to pirouette, rond and sissone, but a shortage of variety leaves little room to amalgamate each into a complex piece.

In gaming, the well-trod lane of character progression has been worn to dust, but Bound lacks even a fundamental sense of physical improvement, of latching on new skills and abilities. Bound could have offered a few more opportunities to trip the light fantastically. This omission seems a shame, given the sharp originality of the game's premise.

This failure is reflected in some of the game's superb environmental storytelling moments. There are magical occasions when the dancer comes across a physical space so ludicrously splendid that I was compelled to burst into a series of shimmers, just for the sheer joy of dance.

For brief, intoxicating moments, I felt like it was impossible to resist the wonderful feeling that life is really a Broadway dance-musical and that the only sensible course of action is to spring and caper — a game that made me feel like Fred Astaire or Ginger Rogers deserves a tip of the top hat and a ritzy swing of the cane. But these moments are all too brief. Bound lacks the necessary palette to sustain anything that might feel like a dance creativity box.

Strangely, dancing is mostly a matter of choice, rather than progressive necessity. There are a few obstacles that require specific leaps and struts, but these are rare. Much of Bound can be played by walking and jumping, though this course takes away some of its charm. 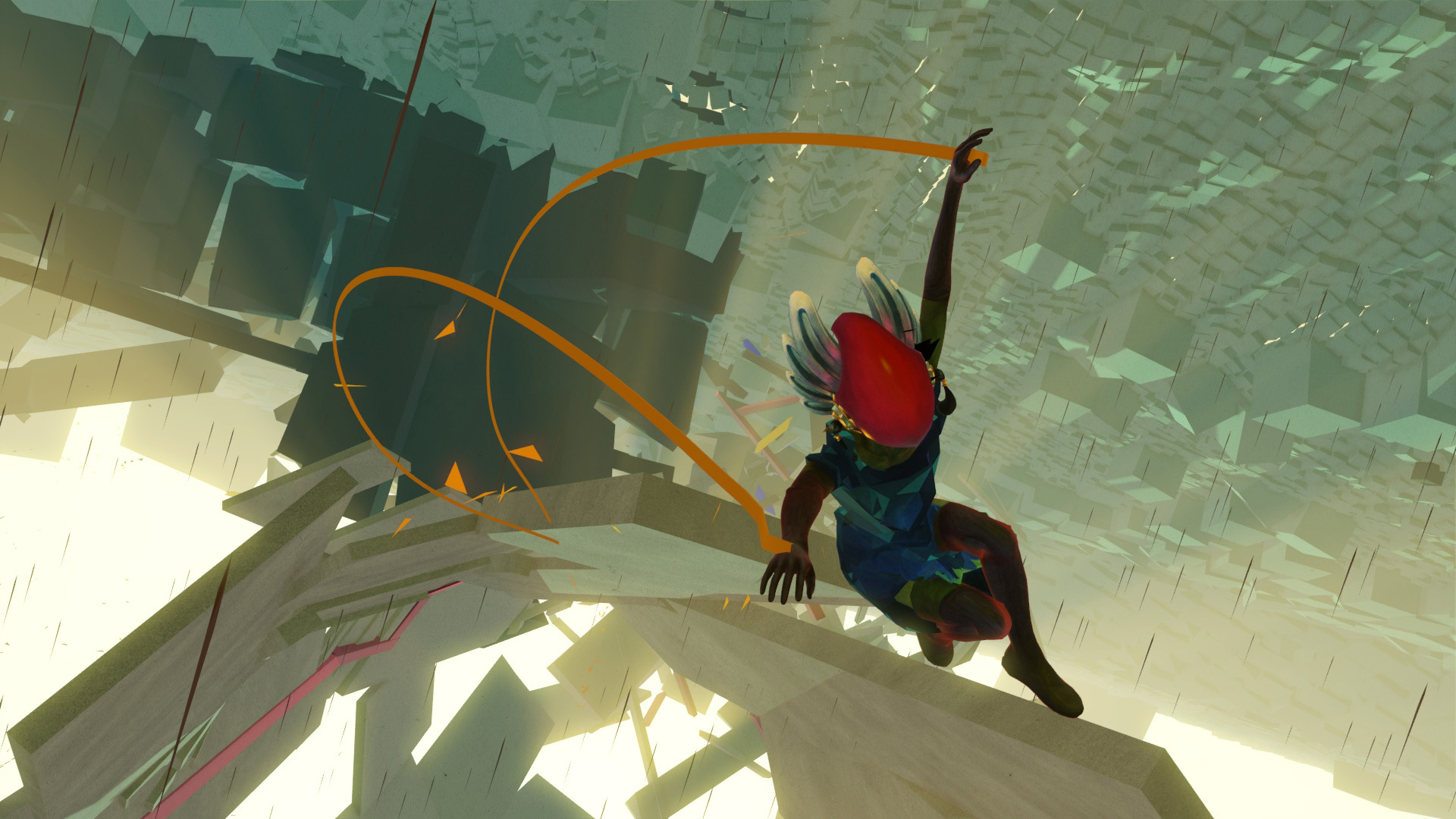 When the player comes across menacing but non-fatal enemies — swishing reeds and buzzing insectoids — dance moves create a ribbon-like protective field. This somewhat lackluster attempt to marry mechanics with mission soon starts to feel mundane, like unfurling an umbrella.

So for Bound, dance is really an aesthetic complement to the wider world, rather than an essential act of mastery. The world and the dancer do homage to one another's beauty, especially in moments when the game succeeds in presenting itself as a highly original ballet stage rather than a so-so platform-puzzler.

And, oh boy, the stage is really something: a shimmering riot of shape and color, transforming itself over and over again into Escher-esque contortions. This is a playful world that gestures toward the conventions of platform games, without entirely making a full commitment. 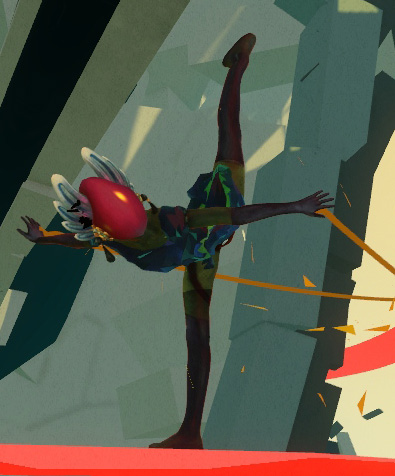 It is a world to be experienced and enjoyed, rather than conquered. In fact, there are entire sections in which the player travels across whole levels, with little more to do than move the camera to better gaze at Pink Floydian vistas. Bound's landscapes fizz so brightly that they demand to be be explored more than once. They sit atop a bubbling chaos that suggests the infinity of hopelessness.

Savage monochrome lines crisscross brutal shadows that vie for attention alongside meandering ribbons, fantabulous balloons and manic ziggurats. It takes a while to appreciate that this polygonal concoction is more than a mixed bag of surrealist fancies.

The environment offers real meaning, to be found in a subplot that draws us into the personal memories of a woman who has daydreamed this world in an attempt to understand her own life, her memories and her future direction. The parallels between these two stories reveal themselves gradually and subtly, drawing the player onward.

Bound's power rests in how its story and graceful mechanics entwine, showing us that art-forms like dance and video games are essential aids in understanding ourselves and the world around us. The game's cleverness rests in its ability to make the mechanic the message, and vice versa.

Bound belongs firmly in the subcategory of narrative games — alongside titles like Journey and Abzu — which spend their energy on creating a sense of wonder and meaning, rather than of challenge and victory.

Each of our lives bind us to the lives of others, to our own desires and inadequacies, and to theirs. Bound is a reminder that through diversions like art, sport, dance and literature, there are ways to escape, at least for a while, and perhaps to re-emerge as someone slightly different. Bound is about finding that escape, and finding a way back. It presents us with a thought-provoking canvas of color, movement, narrative and grace that, while imperfect in execution, is nonetheless beguiling and beautiful.