Hands on with the Battletech pre-alpha

Turn-based, the way mech combat was always meant to be

Share All sharing options for: Hands on with the Battletech pre-alpha

Harebrained Schemes was on hand at this year’s Gen Con in Indianapolis with the "super-pre-alpha" of their next project, simply called Battletech. We went hands on a single level and, despite the game’s early state, we were pretty impressed.

Jordan Weisman founded FASA Corporation in 1980, and one of its earliest hits was the original Battletech miniatures line. Gen Con audiences were among the first to play FASA’s hex-based tabletop wargame, and the Mechwarrior pen and paper role-playing products that followed. It makes sense, therefore, that Weisman would want to share Battletech at Gen Con with his new company Harebrained Schemes.

Battletech was announced just a little more than a year ago, and made possible by a $2.79 million Kickstarter campaign. It’s not Harebrained Scheme’s first success on the platform either. They’ve used it to reboot the Shadowrun franchise and create a new miniatures line called Golem Arcana. 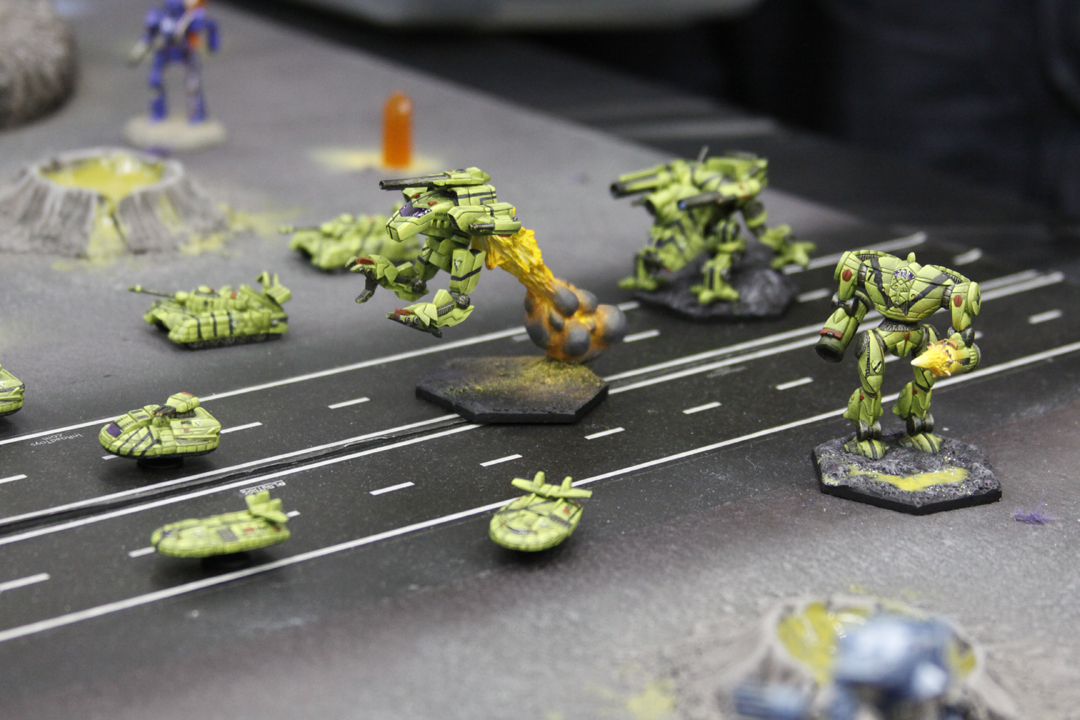 A Battletech diorama from Gen Con 2015.

The Battletech demo that was on display this year was a single mission featuring a fully-upgraded lance of four mechs, from a tiny Commando scout to the mighty Atlas.

What immediately stood out was the Unity-based engine’s dynamic camera angles. I was able to use the mouse to zoom in and out, rotate the view 360 degrees and also change the camera’s pitch. It allowed me to get right down over my mech’s shoulder and nearly line up the shots myself.

The camera also highlighted the amount of work that has clearly gone into creating the game’s scenery. A tabletop game is nothing without a good playfield, and Battletech seems to be capable of spoiling players in all the right ways.

One notable limitation is that targeting individual mech locations is not currently supported in the game. Taking out a mech’s legs or targeting the pilot’s canopy is a valuable strategy in many iterations of the game, but Harebrain’s Battletech simply doesn’t allow it.

Check out the full video above for more on our thoughts and impressions of Battletech.

Battletech is expected to launch in May of 2017 for Linux, Mac and Windows PC. For more news from Gen Con 2016, see our StoryStream here.