Lost? Forgot the controls? Looking for collectibles? We've got you covered.

Abzu is a very simple adventure game, but even the most straightforward of journeys can require a bit of a push. Here are some basic tips to help you better understand its mystical underwater world — and grab some shiny collectibles along the way.

Abzu's story unfolds as you play, and part of the game's joy is uncovering it. This guide will help you get the most out of playing the game. It is also spoiler-free. 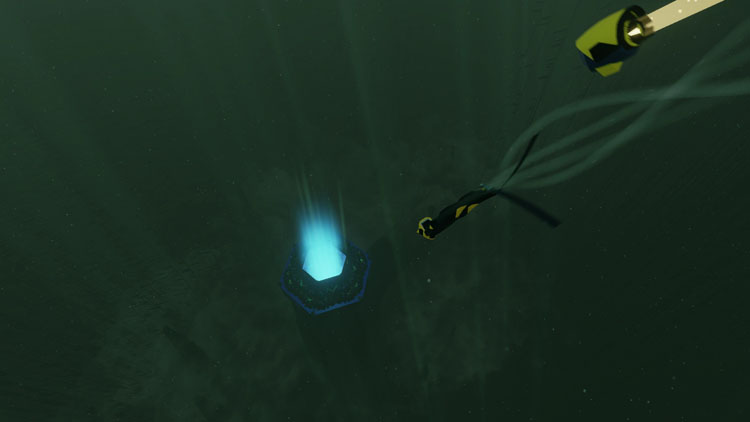 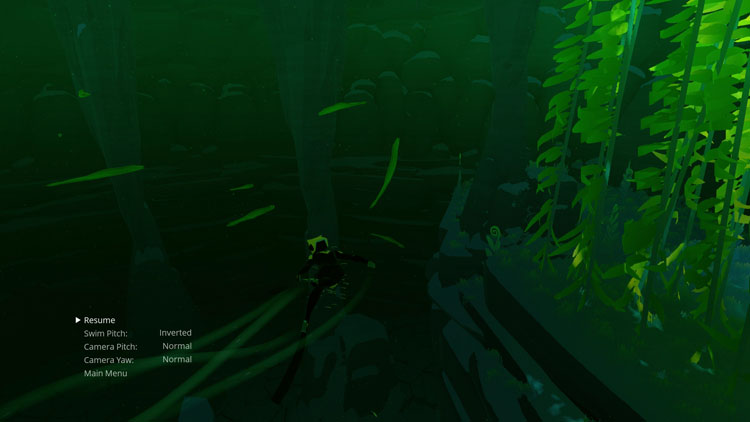 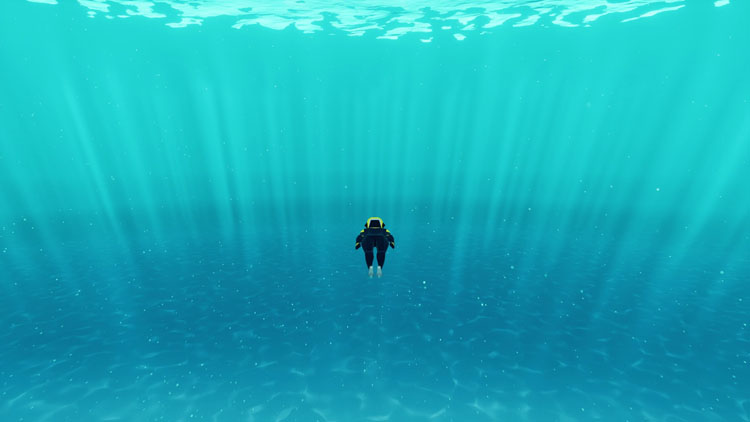 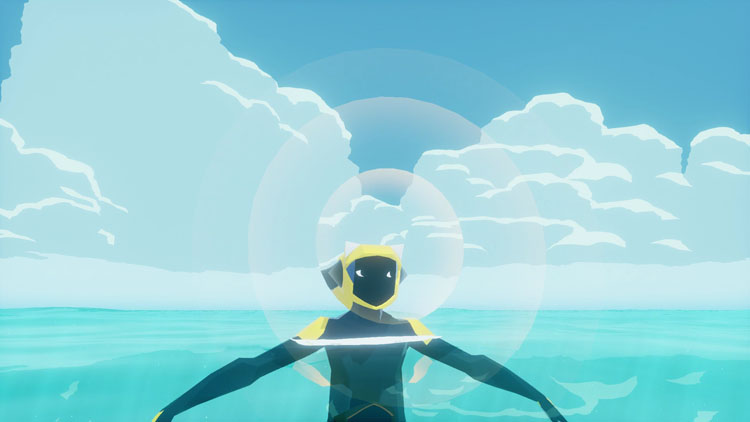 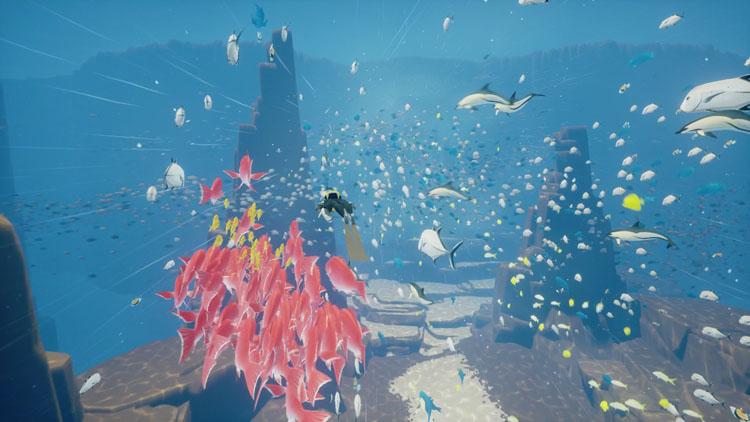 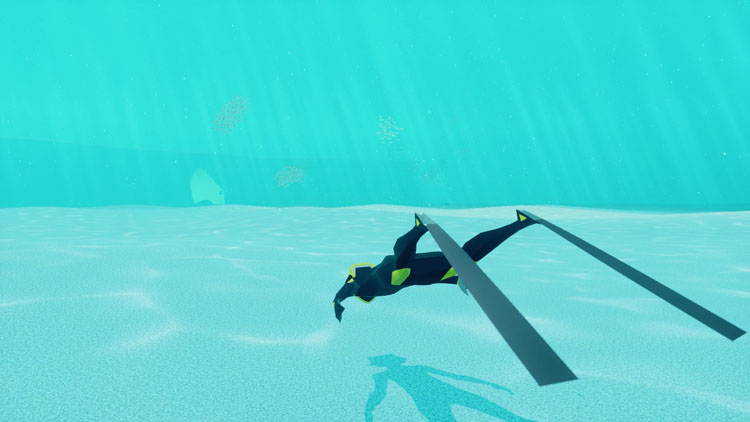 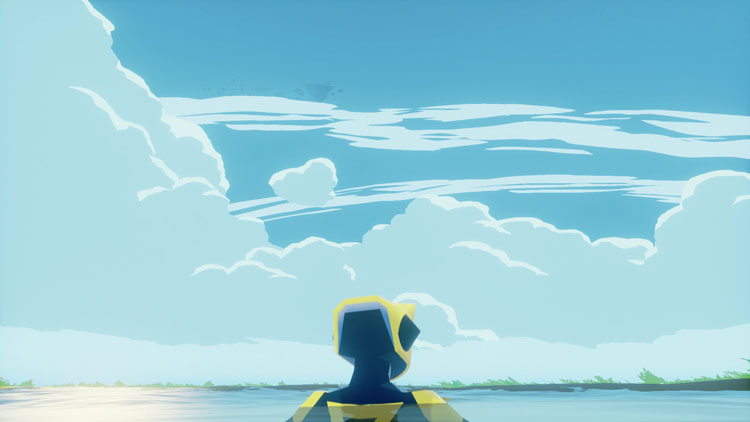 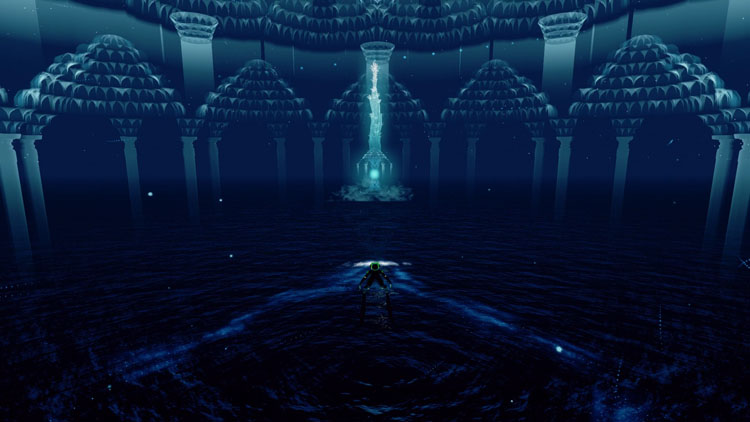 Abzu doesn't explain anything for more than a few brief seconds, and there's no easy way to locate the full control map, so keep these instructions close if you get confused. We won't spoil the story, but after you do the shrine-like areas, look at the drawings on the wall, as they explain the narrative. Note that there is no fear of running out of air, so you can roam around any zone as long as you want.

You dive with R2. This is how you'll control most of your movement in Abzu. Diving is your basic form of swimming, and you can control it with the left analog stick, with a few caveats.

Occasionally, the game may lock up, and you'll start to notice your avatar moving very slowly. This isn't because you're in an air pocket — just let go of R2 and press it again to restart your normal movement.

You can also ride fish with L2, which doesn't really provide any bonuses outside of speed. And you'll trade speed for less direct control.

There are a few light control options, so try them all out before you get used to one particular scheme. Consider keeping swim pitch inverted but everything else normal.

Press the X button to boost. This initiates a quick burst of speed over roughly five seconds, at which point you can repeat the process. But what Abzu doesn't tell you is that you can actually trigger a super boost of sorts, which is communicated with a shiny glowing effects on your fins.

To use what we refer to as the "golden boost," you'll need to press the boost button three times. Time the first two roughly a half second apart, and then press the third at any time afterward as long as the boost is active. If you get the rhythm down, you can start exploring areas twice as fast.

Press square to use your scanner, which acts as a use button of sorts for anything within reach. This includes picking up collectibles, opening up doors and grabbing helpful robots that can burn through coral walls.

If you're unsure whether or not you're in the correct area for interaction, you can spam the square button as often as you like to ensure that you eventually grab or open anything nearby.

Your first line on where to go lies with the fish.

It doesn't really matter what type they are. They're always ready to help and generally swim in the direction you need to go. If you're completely lost, start looking at schools and seeing where they are headed. As a bonus, they sometimes hint at hidden areas rife with collectibles.

Some areas are vast and shaped more like squares, which can be overwhelming. If you're not the type of person who likes to explore everything, and you just want to go from point A to point B, try to stick to areas that are full of fish.

When all else fails, look for leads

Taking the time to spot large shapes in the distance can also lead you to the right path. Doorways may or may not contain fish (many do), but Abzu is linked by a series of hallways like the one in the above screenshot.

Swimming about constantly can keep your focus off of these areas, so if you lose your bearings, go to a high point in the area and peer down into it like it was a fishbowl. Then, slowly scan the perimeter, pausing every few seconds while you have each frame in your sights on your screen, and look for colors that are brighter or darker than the current landscape.

Abzu is ultimately a relaxed adventure. There are no time limits and no deaths. You can, however, stray too far from the beaten path and continue on with a story element that might gate you out of the previous zone.

If this is going to happen, Abzu will make it obvious. The vast majority of transitional sequences involve going through a large doorway of some sort, so take it easy and explore each area at your own pace. 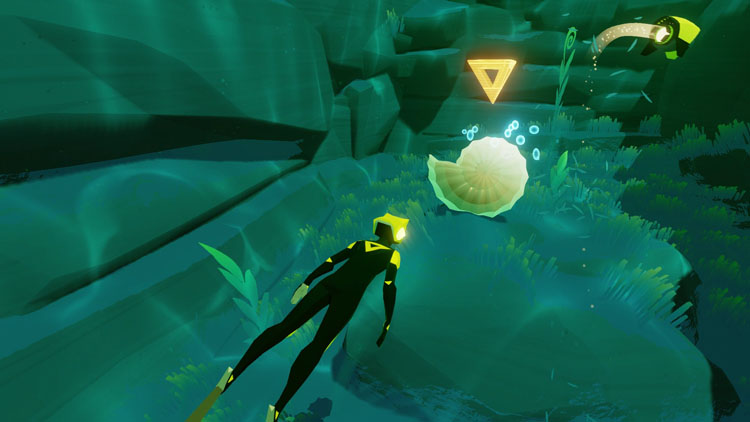 The two big collectible objects (which unlock trophies or achievements) are shells (above, left) and meditation statues (above, right). You can usually find shells at the lowest depths of any given zone, sometimes tucked away in a corner. Meditation statues are generally out in the open.

While Abzu feels seamless, there is a way to see how many statues you've collected. Exit out to the main menu and choose the statue option, which you unlock after finding your first.

Here's a final tip: After a big event, you'll reach a square basin where you can't possibly swim any further. Approach the ledge.