With VR mode, Dead or Alive goes from creepy to harassment

An already uncomfortable experience looks even more so in VR

Share All sharing options for: With VR mode, Dead or Alive goes from creepy to harassment

Dead or Alive Xtreme 3 — a museum for the idealized Japanese female form, where women are gazed upon as they play volleyball and sunbathe and enjoy themselves on an island away from men — will support PlayStation VR at the headset's launch.

This is an exciting proposition for some. The mode, as far as I can tell, invites a user to immerse themselves in a romantic reality where women roam carefree and unafraid. But thanks to the capabilities of VR, a game that was once just uncomfortable eye candy now includes a mode that offers something bordering on harassment.

Dead or Alive Xtreme 3 is already of a questionable purpose. It stars a group of vacationing fighters who travel to a man’s private island to hang out, play volleyball and make new friends. I’m not the target audience, but good for those girls and the ease with which they can wear a bikini, I guess. But as comfortable as the girls in Dead or Alive Xtreme 3 seem, their exploits still exist for others’ enjoyment. This usually happens from a safe distance, but PlayStation VR manages to strike down the wall keeping the male gaze at bay to make ogling much more interactive.

The video above has been making the the rounds online since it was posted yesterday. It shows the series’ vacationing fighters being checked out by a rather shameless male player — an act they are futile in thwarting. A girl in a tiny bikini shoos the player away as his disembodied form looks her up and down, moving in close to her body.

She looks uncomfortable, but she’s unsuccessful in reclaiming her body from the purposeful eyes of the player. This seems to be the intended interaction: You stare at a woman who becomes uncomfortable at the attention but can’t stop you. 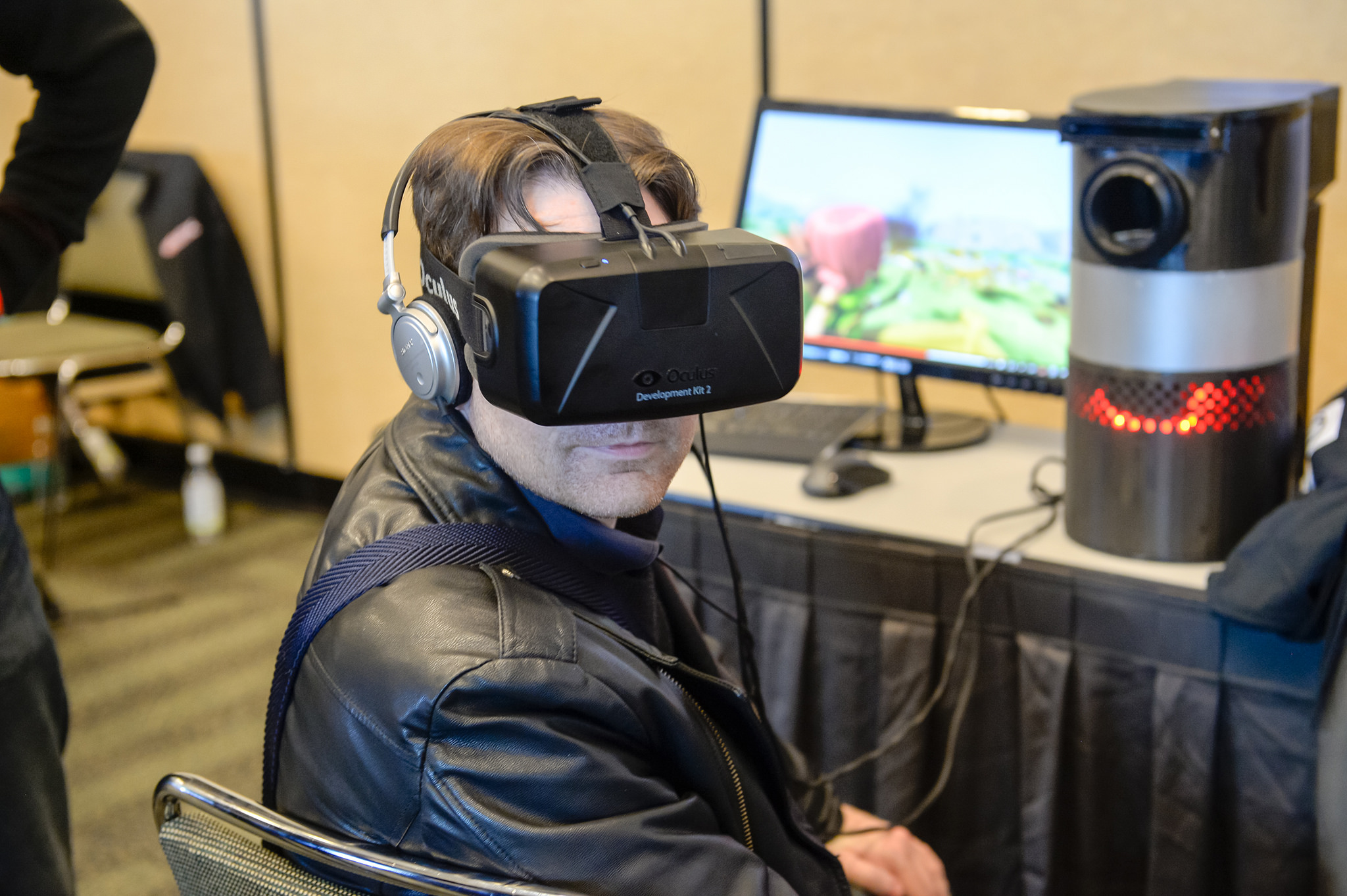 This is especially disturbing because women are taught from a young age that their bodies are dangerous. It took years of counterprogramming to learn that, in fact, my body was my own property — a liberating notion. Before this, though, I found video games to be a freeing place: I could assume a male or female body without judgment. I found many games’ approximation of the human form to be a nice distancing from reality, even if female proportions could sometimes be … excessive. Other games let me transcend human form altogether.

Yet women are constantly confronted by society’s insistence that their bodies aren’t just dangerous, but that they exist to be viewed and commented on. That’s on full display in Dead or Alive Xtreme 3’s virtual reality mode, and it’s a shocking turn from the ignorant beach babe utopia that the standard version attempts to portray.

Even with its unrealistic parade of women on display for no reason but other people’s scandalous enjoyment of their bodies, it’s not Dead or Alive Xtreme 3 itself that frustrates or scares me. I get the appeal. Just as I was told that my body was dangerous, others learned that my body — well, not my body, but a woman’s — was entertainment.

Weeding out the people who know better than that has become easy, but the people who value a body for its exterior are still the majority. Dead or Alive Xtreme 3 is made for them, but its female stars lack the awareness that they’re putting on a show. Instead, they get to participate in minigames and relax and work on their tans while other people profit on their happiness. The voyeurism at least pretends to be implicit; the women aren’t aware that they’re the show.

Okay, so maybe that does frustrate me. But it’s the notion of VR as paradise that boggles the mind. The mode appeals directly to that customer who reduces a woman to an object, not a character with personality quirks and interests. The head-tracking device transforms the body into a controller, making the user at once more vulnerable and more powerful. This makes VR a terrifying conceit to me, as the owner of a dangerous body. A woman can be physically intimidated in the view of a VR headset, and her personal space can be actively invaded.

It's the aggressive nature of that invasion that I take the most issue with. Dead or Alive Xtreme 3 gamifies the male gaze across all of its versions. On console, players can control the "wind," with some obvious consequences. The PlayStation Vita port makes use of the handheld's touchpad for some extra interactivity. Yet these features come across as more passive than the VR update, where the girls are unwitting, horrified participants to their objectification.

More than the standard Dead or Alive Xtreme 3 does, its virtual reality update proves that the women of Dead or Alive aren’t just objects, no matter how hard VR Paradise and its visitors want them to be. They push the men away because now, in the immersive virtual realm, they’re aware that this is a disturbing threat to their security. Their female bodies have again become dangerous to them.

That’s why the entire voyeuristic minigame where the user takes a tour of their physiques borders on the grotesque. These are women designed by men to know what’s happening to them and want to be left alone, but are powerless to do anything. They are constructed to be violated. When I watch a man play through the demo, those voices who pound into my head that I should be afraid of my body chime back in, just as they do every time in real life my body fails to protect me or is put at risk. See, these voices say; we told you this would happen.

It’s alarming, especially to see this very real, clear and present danger appear in a video game. When even the powerful fighters-turned-beach-babes of Dead or Alive feel threatened by prying eyes they have zero success in warding off, what hope is there for the rest of us?