Dark Souls: The Board Game shouldn’t be this good

But will it be delivered on time?

Share All sharing options for: Dark Souls: The Board Game shouldn’t be this good

In my experience, one sure fire way to make an awful board game is to take a successful video game license and try to port the gameplay over one-to-one. There are very few exceptions to the rule. Just look at the long list of mediocre first-person shooters ported to the tabletop and you’ll see what I’m talking about.

So going into this year’s Gen Con, I expected to be disappointed by the latest effort from Steamforged Games. But as it turns out, I was wrong.

Put simply, Dark Souls: The Board Game has absolutely no business being as good as it is, and while I only played a small slice of the game, it’s shaping up to be every bit as fluid — and challenging — as the classic series it’s based on. 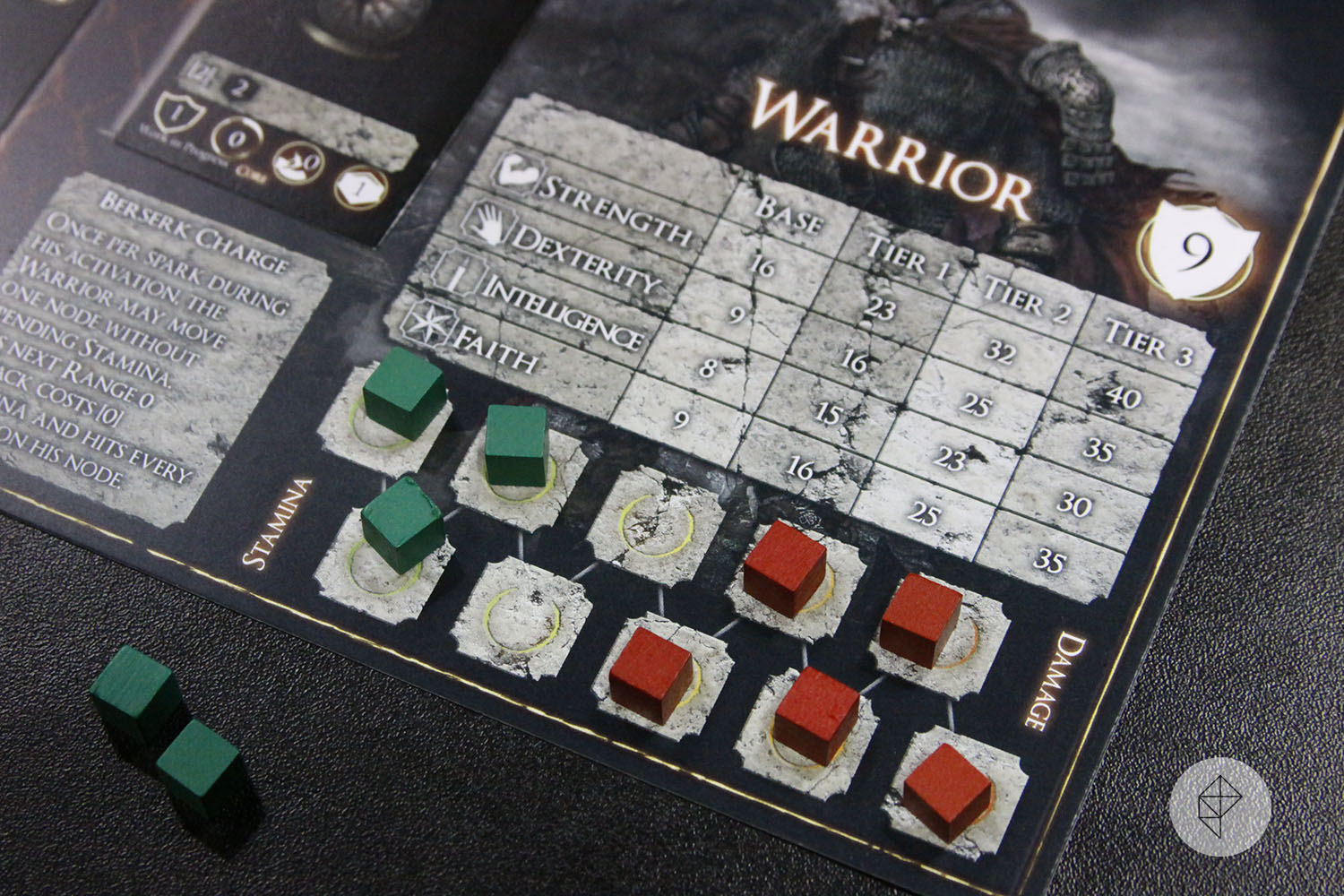 Every move the player makes requires green stamina cubes, and every wound generates red cubes. Should the two colors meet somewhere in the middle, you died.

The Kickstarter for Dark Souls jumped out of nowhere earlier this year and proceeded to become one of the most heavily backed crowdfunding campaigns ever, bringing in more than $5.4 million. It’s a particularly astounding figure, considering that the company behind it — Steamforged Games — is relatively unknown here in the U.S.

But in Europe, upstart Steamforged is famous for their fantastical soccer series called Guild Ball. Think of it as Blood Bowl for the rest of the world that isn’t obsessed with American football. That success contributed to them landing the license from Bandai Namco. But it wasn’t the only thing working in their favor.

Hart had also done some work for Bandai Namco, and when he bumped into an old colleague at a convention the rest just sort of fell into place. But that didn’t make Dark Souls a great game. Turns out we have Mario to thank for that.

"I worked with Nintendo ages back," Hart said. "I was chatting to one of the Japanese producers who had worked on a couple of Mario games and he was telling me about how much time they spent just getting the jump right. 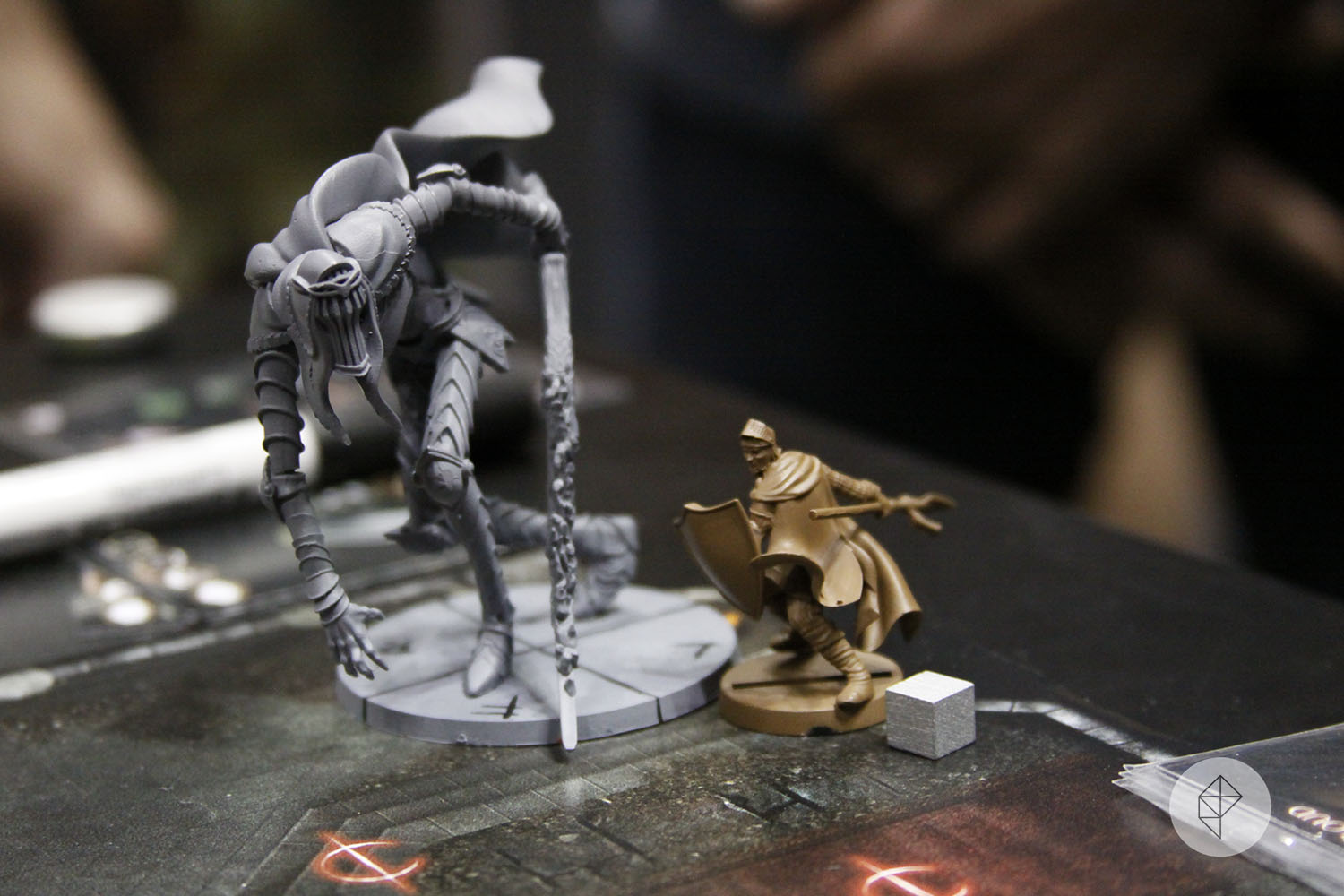 The last player to attack the boss gets the "aggro cube". Some of a boss' attacks target an area of the map, while others target the player with aggro.

"The jump is a single button press. Mario goes up and he comes down. But they spent so much time adjusting how responsive it is, how many frames before the model reacts on the screen, how quickly he goes up, how quickly he comes down, the height that you expect him to go to, how that contributes to gameplay. And your mind gets blown. It’s just a jump. But actually, it’s the most important thing in Mario."

Bloodborne: The Card Game is relentless and seductive

So what’s the "Mario jump" in Dark Souls: The Board Game? Movement and situational awareness.

Dark Souls uses a unique, node-based movement system. Individual models don’t travel along a grid of squares or hexes, but from node to node on the game board. Each node can hold at most three models, and facing is tremendously important for larger figures. What that creates is a dynamic playspace where characters are running circles around Dark Soul’s famously massive bosses, and moving in dangerously close to land a hit.

Models come in three sizes. The smallest figures, including your hero characters and basic enemies, are about an inch tall. Minibosses are four or five inches tall, and mega bosses can be even bigger than that. Once the model is complete, bringing the Gaping Dragon down off the shelf to play with will be a major event. 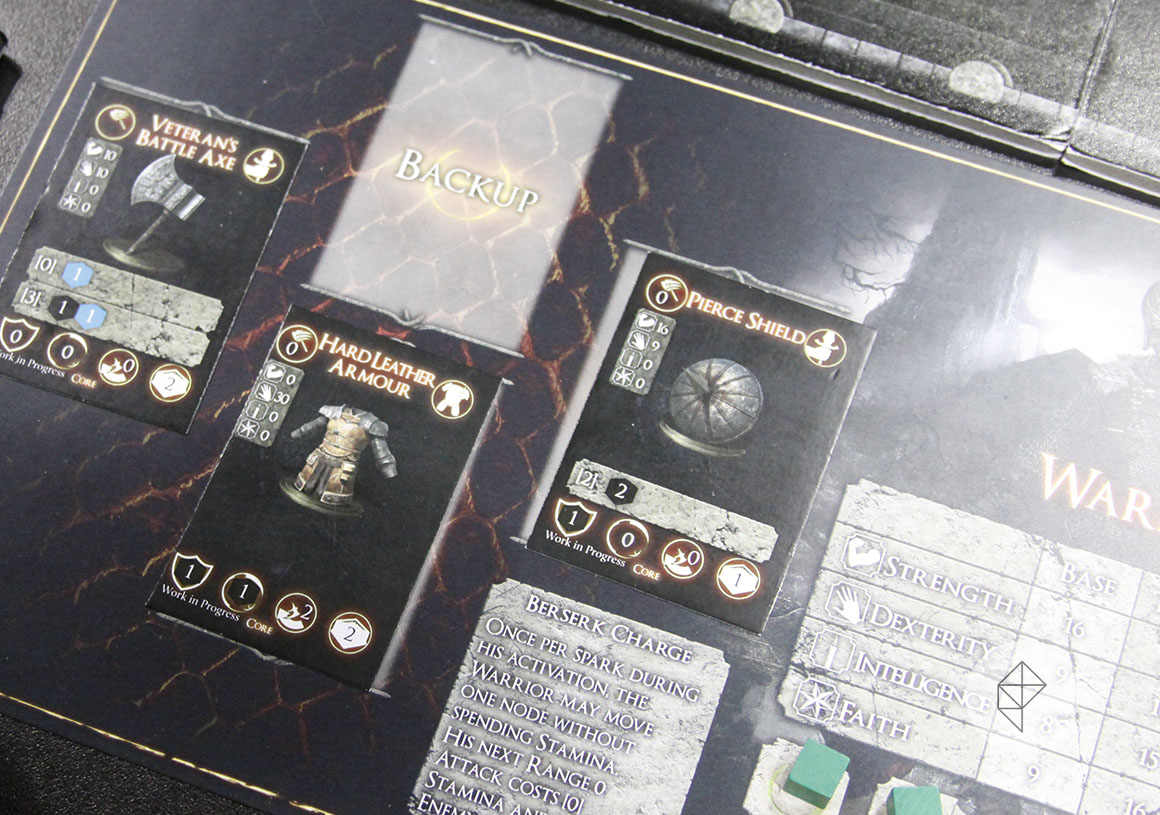 A hero's ability to dodge or block an attack is based on their equipment. Equipment drops randomly, and the loot deck can be seeded with better gear by defeating stronger enemies. Players decide when they're ready to face a boss.

At Gen Con, I faced off against the Dancer of the Boreal Valley. To begin, we dealt out five of its twelve movement cards to form a deck, creating the artificial intelligence that would drive that boss for that particular game. Keeping track of its attacks, and the order in which they came, was the only way to keep our heroes alive.

"The jump in Dark Souls is 100 percent the fact that you need to think about what you’re doing when you play the game," Hart said. "There are board games that you play where the models come together and then we roll dice until our models get taken off the board. And honestly, if I want to sit down and just do a dice-rolling competition I’ll play a different game.

"The game state is so fluid in Dark Souls. We’ve designed it so that the game swirls around. The models move around the board and you have to be aware of what’s going on." 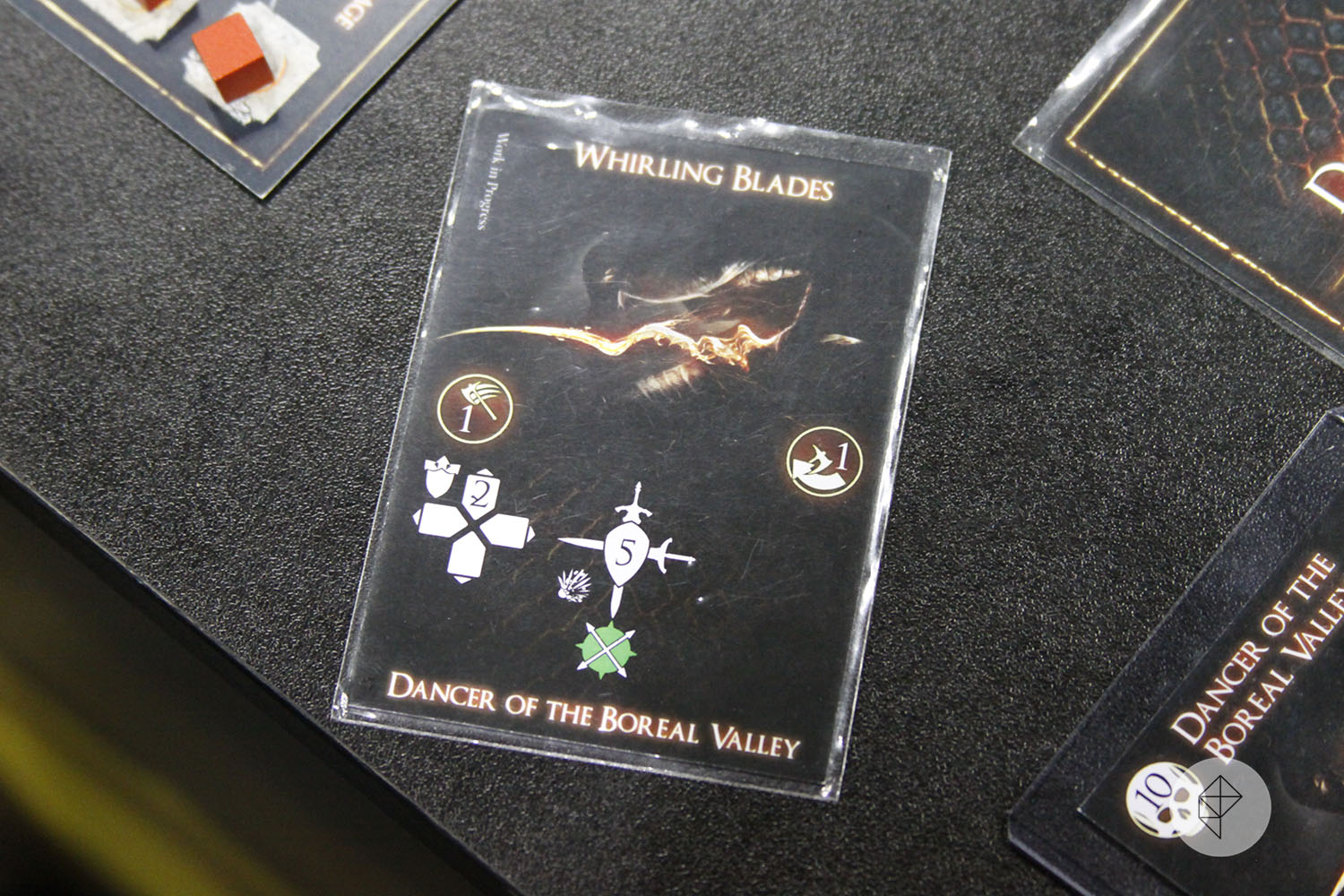 One of the Dancer's AI cards. Once a boss reaches a certain amount of damage, they heat up. A more powerful, special attack is added into the AI deck and it is reshuffled, changing the order of its moves.

The Dancer wheeled and turned, slashing at us with its gigantic sword and belching a huge ash cloud. But as each card flipped over, it also revealed a weakpoint on it base, which was divided into quadrants. By being in the right place at the right time, myself an another hero could deal massive damage. The final game will support up to four players, and include a much longer set of interconnected dungeons and a complex looting and upgrade system.

But will it show up at backers’ doorsteps on time? Hart is confident that it will.

"We want to be the first company have a Kickstarter of that size and magnitude and actually deliver it on time," he told me. Right now, that means delivery by April of 2017.

Late pledges, including every stretch goal given to backers of the original Kickstarter campaign, are still open.