Why are mobile versions of games so bad?

How to break someone’s heart, one game at a time

Share All sharing options for: Why are mobile versions of games so bad? 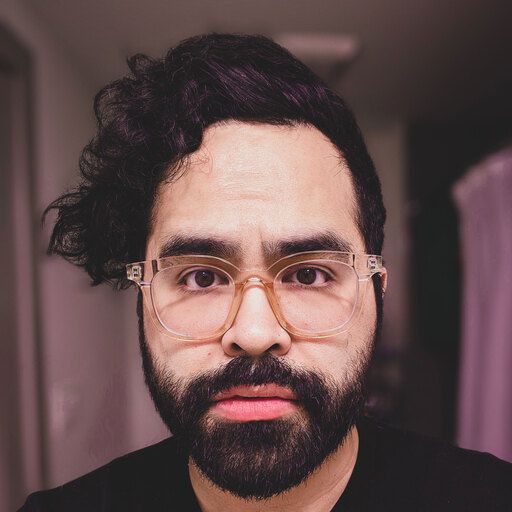 I looked upon Katamari Damacy’s little Prince with deep sadness.

I was sitting in a conference room all alone, furiously tapping on him with four fingers. He was running for his life. I was tapping as fast as I could. He ran faster. I stared into my smartphone’s screen and thought, "What the fuck am I even doing? What’s the point of this game? How is this even a game?"

Bringing classic games to mobile devices almost always turns out badly, especially when developers try to port a console game to a touchscreen device. The knife in my back digs a little deeper when new developers try to make a mobile version of a game I truly love.

There are usually three problems: the game’s original charm is lost, the game’s core idea is thrown out in lieu of mobile game mechanics and the resulting games are unenjoyable gaming experiences.

In December of 2015, Katamari Damacy came back in the form of a mobile game. And today, Lumines: Puzzle & Music came out on iOS and Android. Both games have hurt me in only the way a trusted friend could.

Lumines and Katamari Damacy are both singular franchises. The former was a hallmark example of how gameplay and music can work together to create a unified experience, while the latter took a unique mechanic and partnered it with a charming aesthetic.

Both games were full-price console titles. Making a financial return on games then is not nearly as hard as it is to turn a profit on a mobile title today. Writing for Polygon in 2015, games designer Aksel Junkilla explained many of the systemic issues involved with making ends meet in the mobile space.

He explained that you’re either making a mass-market title that survives on being free-to-play while banking on outliers who will pay thousands to continue playing or a niche title that barely put you in the black. He stated that, "The difference in income is so huge, it makes the decision for a developer almost binary."

When games like Clash of Clans make nearly a billion dollars a year, you can’t blame developers for figuratively buying the lottery ticket.

So much of the charm of franchises like Katamari Damacy and Lumines were in their unique style and gameplay mechanics. These worked as premium games, but aren’t natural fits for free-to-play. I’m not mad the round hole exists. I’m upset the people calling the shots are grabbing my favorite square peg and ramming it in there.

2015’s Tap My Katamari is an egregious example of what folks like Ian Bogost, professor and game designer, were trying to point out with titles like Cow Clicker.

When we spoke to him in 2014, we dug into the idea of games like Cow Clicker existing as "games as lecture". In 2010, Bogost designed Cow Clicker to shine a light on the lack of "game" in titles like Farmville.

Cow Clicker was a satire on the original wave of social games where clicking for clicking’s sake was the main game mechanic. Many of these social games used psychological hooks to keep players invested and gated off progress with self-imposed time constraints. Players could wait or pay real money to remove restraints and keep clicking. In Cow Clicker all you did was click a cow every six hours. That’s it.

Tap My Katamari took this idea to its most absurd conclusion. In the original Katamari Damacy, there was a distinct, cathartic feel to the original mechanic of glomming more and more objects onto your ball.

Tap My Katamari is Cow Clicker’s hyperactive cousin doing its best King of All Cosmos cosplay.

This new title borrows the aesthetic of the original but runs it through a Cow Clicker filter. Instead of rolling a ball to grow and explore, you simply tap. You tap to gain resources that allow you to gain more resources for more tapping. You tap so you can tap more.

You start off being only able to move a couple inches per tap, but soon you can buy upgrades that allow you to move feet, meters and kilometers per tap. All towards a goal that you’ll never reach. The game’s visuals might as well be an animated gif of a countryside that passes you by on an endless loop.

SOME GAMES JUST SHOULDN’T BE MOBILE

The original Lumines was one of those titles worth buying an entire console for. It looked sharp and showed off what the original PlayStation Portable could do. The music was amazing. It was the whole package.

Achieving the highest scores (and most rewarding experience) came from having lighting fast reflexes and knowing how to manipulate your puzzle pieces to the rhythm of the music for the best combos. It wouldn’t have been possible without responsive controls.

Some of the most fun and addictive mobile games rely on "single finger control" to do well. And Lumines: Puzzle & Music promised the same control scheme. Tap once to rotate your block and slide your finger to move and drop blocks. The ideas behind the game seemed solid.

I was initially greeted with a loading screen that had to download various "parts of the game"... after downloading the game from the app store. The additional download time was so long my screen timed out and my phone locked… which paused the download. This happened about three times. I eventually began to constantly tap my screen so the phone wouldn’t time out. It reminded me of Tap My Katamari. And I felt sad.

Did I mention that the game also wanted access to manage and MAKE phone calls on my Android device?

After a graciously skippable tutorial I finally got to play. The music was decent and somewhat familiar. You could even unlock some classic tracks. I was feeling positive.

It quickly went sour. The Lumines games are meant to be fast paced. You’re trying to time combos to the music. You’re trying to complete columns and rows of matches with the pace of the track. The game’s difficulty ramps up based on the tempo of each song as you struggle to fit as many matches into each bar of the song.

This becomes difficult when the game feels so sluggish and unresponsive.

Lumines: Puzzle & Music flirts so closely to what I want it to be

Often taps don’t register, so you may have to tap multiple times to get a block to rotate. And you can only set your controls to rotate in one direction, so instead of rotating counter-clockwise once, you have to rotate clockwise three times. And if your taps don’t register, then who knows how many clicks it’ll take. And if you’re playing a fast song and trying to get a good match, well then, good luck.

I don’t have enough fingers to count how many times I missed out on dead simple combos because the game simply refused to acknowledge my taps. I would often see a simple match pass me by as I furiously tapped on screen only to have the block rotate far too late and far too much to do what I needed it to do.

Lumines: Puzzle & Music flirts so closely to what I want it to be that it stings even more than Tap My Katamari’s disappointment. It’s an idea that’s not terrible mixed with execution that is.

This behavior is only going to continue. Developers and publishers know that nostalgia is an effective key to the hearts and wallets of fans. Sometimes, we get ideas worth being excited about, like the NES Classic Edition. On days like today we get games that feel like knockoffs of our favorite brands: They are familiar, yet don’t work like we remembered.

Perhaps I’m to blame for pinning high hopes on nostalgic remakes. Or maybe the developers are to blame for trying to shoehorn mobile game design practices into classic games.

For now, I’ll stick to listening to my Katamari Damacy and Lumines soundtracks on my phone instead. At least I know what I’m getting when I do that.