If the Simpsons did it, I watched it

Share All sharing options for: I’d never seen The Simpsons — until I binge-watched the entire show in two weeks 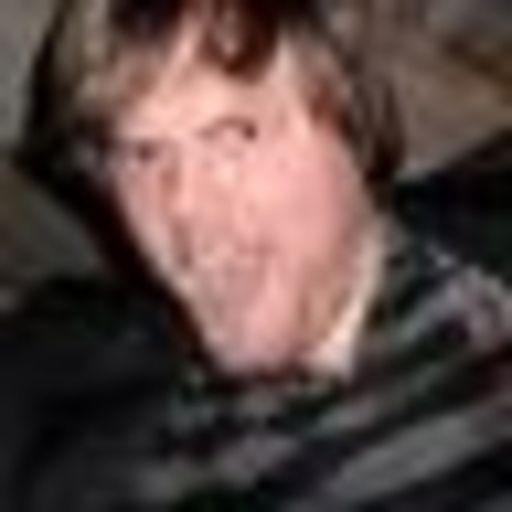 As a white comedian of a certain age, this is the most damning thing I could admit to. Hearsay. A betrayal. How do you even enter the comedic world without the basic building blocks as set forth by Matt Groening's 27 season tour-de-force that invented an entire genre of televised entertainment?

More importantly, it meant that I didn't understand 15 percent of the jokes my fiancee makes.

As a lifelong Simpsons fan, she finally broke after I didn't get a "hammock district" reference and sat me down with the season nine episode "You Only Move Twice." Hank Scorpio was just about the greatest cartoon bad guy I'd ever seen. I made her rewatch the episode as soon as it was done. I was hooked, and, for the first time, saddened by the lack of yellow children in my life.

I'd played Simpsons video games before, especially the classic arcade game, so I knew the basics of the world but I never understood the draw. As a kid, my parents had regulated Simpsons to that category of Beavis & Butt-Head and other "mind rot" garbage that turned respectable young boys into career criminals (somehow). With that in mind, there was just never a good entry point given to me. I think I walked out of the movie in theaters, and a few years back there was an episode on Hulu I let autoplay that got one laugh out of me as Homer compared his life to Judd Apatow. There just wasn't a draw for me.

And then Hank Scorpio set my heart aflame with his blowtorch.

When I got fired from a job the next week, I decided to marathon something to take away the pain. What I chose to take upon myself was marathon watching The Simpsons, from episode one until now, in just an unreasonable amount of time. Please, take note that if someone in your life chooses to do this, they may be much more depressed than they're letting on. I know I was. Especially when I found out Hank Scorpio only got that one beautiful episode.

The Simpsons experience itself, for a first timer, was glorious

So what happens when you watch 27 seasons of the same TV show in a couple of weeks? Well, madness. I mean literal anger. The FX Simpson app being available on Xbox and for free meant I suddenly had access to the show in a way that only borrowing hundreds of DVDs from a friend could have provided earlier. Unfortunately, the FX app is one of the worst designed user experiences you could possibly imagine. Episodes auto-played in reverse, so unless you canceled out you'd wind up re-watching the previous episode in a loop forever. Also the ads were basically the same from the beginning to end of my watching experience, making the Jim Gaffigan Chrysler commercials where he mocks suburban moms into an unkillable hell-tumor in my memory that I now hear that same way The Cardigans' "Lovefool" hurts your brain when you read this sentence — I'm so sorry for what I just did.

It also wasn't until after my full watch that I discovered the FX widescreen presentation of many episodes cut out entire jokes or plot points from my watching experience. I was angry for a full hour about this revelation, because when I watch Buffy the Vampire Slayer I don't have to worry that I may have missed an entire character in the show. Get your shit together, FX.

But The Simpsons experience itself, for a first timer, was glorious. It was a chronological rebirth into television as a form and into comedy as a joy. So many of the episodes from early seasons either went to such a dark place that we would be singing their thinkpiece praises for being edgy even in 2016 — or invented such narrative trickshots or turns of phrase that I began to realize this is where elements of pop-culture I'd always assumed to be eternal had actually been born on this show.

To watch The Simpsons for the first time in one extended viewing from start to finish is a rare and beautiful treat that I was perfectly positioned to experience, and will never forget.

It sucks to be late to the party, but it's worse to find out that the parties you spent your time at were actually populated by pretty awful people

But then it starts to really suck. Because you finally have to admit have many of the things you once loved — the shows I’ve quoted out loud — just stole reccccccklessly from Matt Groening's creation. I'm a lifelong South Park addict and their episode on having been beaten to the punch by The Simpsons is now, on rewatch, a much sadder excuse than the critical defense I'd once considered it. Similarly, many of those first Family Guy seasons that my college dorm-mate got me hooked on, especially the ones with an emotional punch, are just blatantly repackaged for some middle of the road Simpsons episodes.

It sucks to be late to the party, but it's worse to find out that the parties you spent your time at were actually populated by pretty awful people.

But I'm also still experiencing a bit of a Simpsons high. Truth be told, my fiancee only cared about the show through the first nine seasons. I'm told that's when fans consider it to have a noticeable drop-off. By the time we hit season 11, she was no longer watching episodes with me, and could also tell that this had gone from a cute relationship thing to one of those ways I love to punish myself when I'm sad. The uptick of the whole thing was that — in constant marathon mode — catching drops in quality becomes harder to notice. I was into season 15 or so before I hit more than two episodes in a row that I found to be real clunkers. Even by season 20 I was still riding pretty highly. Sure, no one wants to see a clip show or, worse, one of the god-awful anthology stories. "Hey, here's Homer doing another thing from history or the Bible or whatever, who cares?" Pack it in, team. These are for no one.

It actually wasn't until the last couple of seasons that the experience began to feel like a slog. In the 18th season episode "Moe'N'a Lisa," I thought I was brilliant for noticing the trend of episodes that really dive into a character's hidden backstory and depth — before Lisa pulled out a list of characters who were given an entire episode to explore their hidden backstory and depth, and crossed Moe off the list.

Yeah, I get it, Simpsons. You had it in the writer's room too. But branching from here, we start getting episodes that are wildly experimental in a way that the producers must have believed that no one cared anymore, or why would they have tried? There are rarely stories on the show at this point, rather a series of events that have occurred to The Simpson family for no discernible reason.

And that's what made Sunday's season 28 premiere such a disappointment. This was my first time getting to watch a new Simpsons episode as a new Simpsons fan. And what was the story? The town gets destroyed, the Simpsons are somehow the only people to ask Mr. Burns about it, and then he puts on a talent show six months later while employees at the nuclear plant party too much. It's just scenes and catchphrases signifying nothing — and when you've only just experienced "Alone Again, Natura-Diddily" or "Lisa's Wedding," watching a parade of bit characters do laugh lines and forget to resolve any of the plotlines makes you feel that much worse.

"Does everything's coming up Milhouse mean that a situation is good or bad to you?"

But the beautiful part of the entire experience has come from getting to tell friends — as if I'm coming out — that I just now get 15 percent of their jokes. It's not for the acceptance or the shocked looks, rather it is that every single person I know has some Simpsons trivia I've never heard (like how they got Paul McCartney to do his episode) or engages me in a philosophical debate about "Does everything's coming up Milhouse mean that a situation is good or bad to you?" The depth of the show is not in the episodes themselves, but rather in finding out that there is a personalized, tailor-made history for every person who has ever been a fan of this dumb little cartoon show. Now I have my Simpsons story, and it's a pretty good one. And I understand what my fiancee says when she says "I used to be with it, but then they changed what ‘it’ was, and now what I’m with isn’t it." And now I get to hear everyone else's Simpsons story, from people who have interacted with the show for going on 30 years now, and that deeper personal connection was worth suffering through every episode where Marge clearly should have divorced Homer. Fight me on this.

How to level up fast in Splatoon 3