The original Dead Rising was a bit of trojan horse. Behind a good, old-fashioned zombie romp was an incredibly hardcore and arcane game, with an oddball save system and a time management mechanic that's still talked about to this day.

With the release of Dead Rising Triple Pack, you can play Dead Rising, Dead Rising 2 and Dead Rising 2: Off The Record on PlayStation 4 and Xbox One, and even though Capcom added some save slots to the original, it's still just as hard as ever. In this guide, we'll offer some tips to help you with each game.

The fundamentals apply to all three games

As you'd expect from a franchise, the Dead Rising games share some fundamental concepts. In this section, we'll talk about them and how they'll help you in each game. 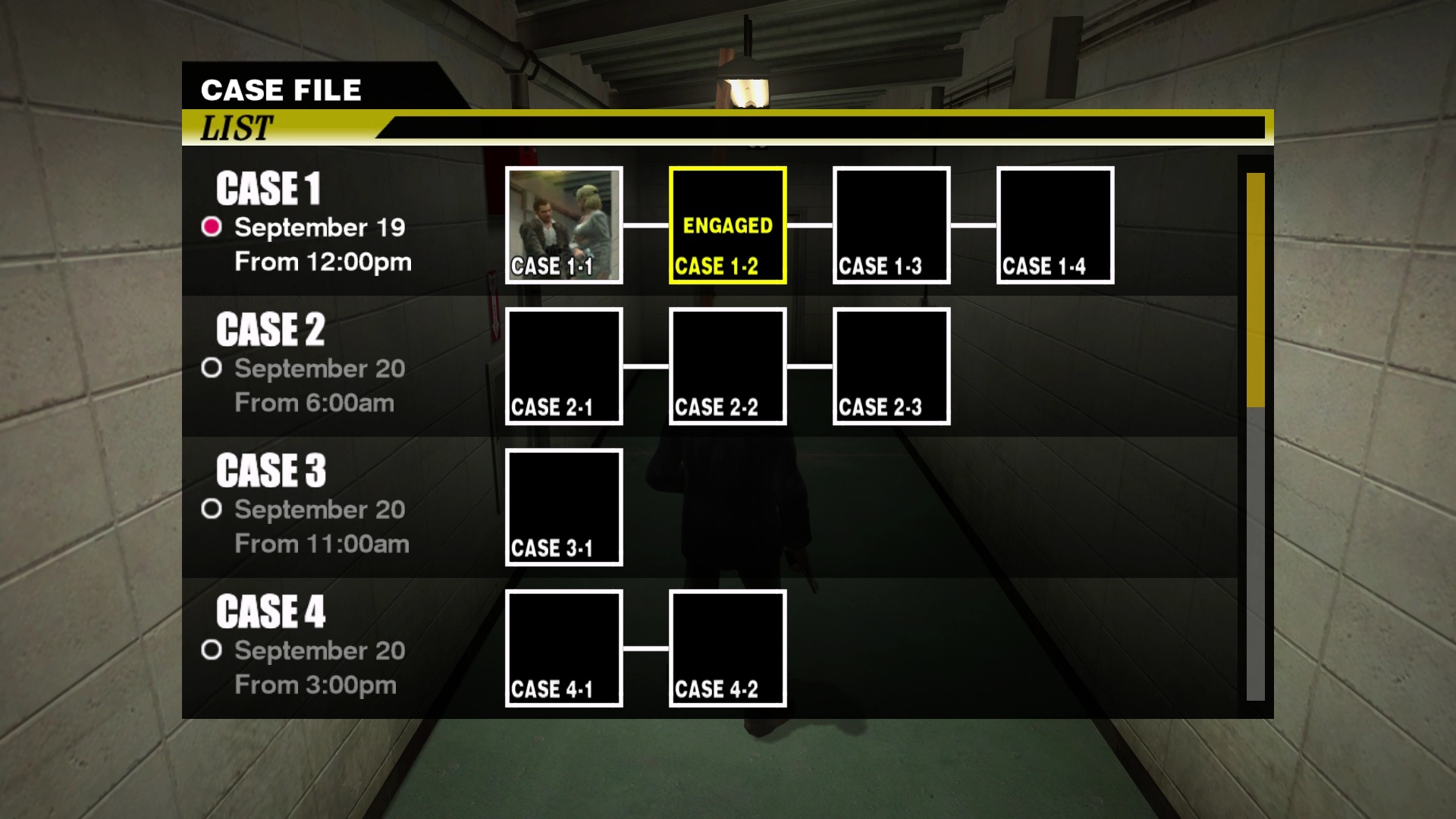 Fighting is not always the right choice in Dead Rising. There are times where you have to fight (they're called Psychopaths), but for the most part, you can leave enemies alone and go from place to place unfettered. The later the game, the tougher this might be (because of hardware advancements that allow more enemies to appear on-screen), but it's possible to clear a path in every entry.

Your AI enemies often huddle in clusters, so start eyeballing them and making a mental note of their patterns. You won't see a clear path consistently, but you will learn to find what I call "lanes" to put your Barry Sanders juke powers to work.

Find the lane for each cluster as you make your way from objective to objective, and head into buildings if you need a breather. Heading in most buildings can actually let you get your bearings, and the zombie clusters will tend to congregate or enter on one side of the building, allowing for an easy escape outside of the opposite window.

Manage your time (it's a resource) 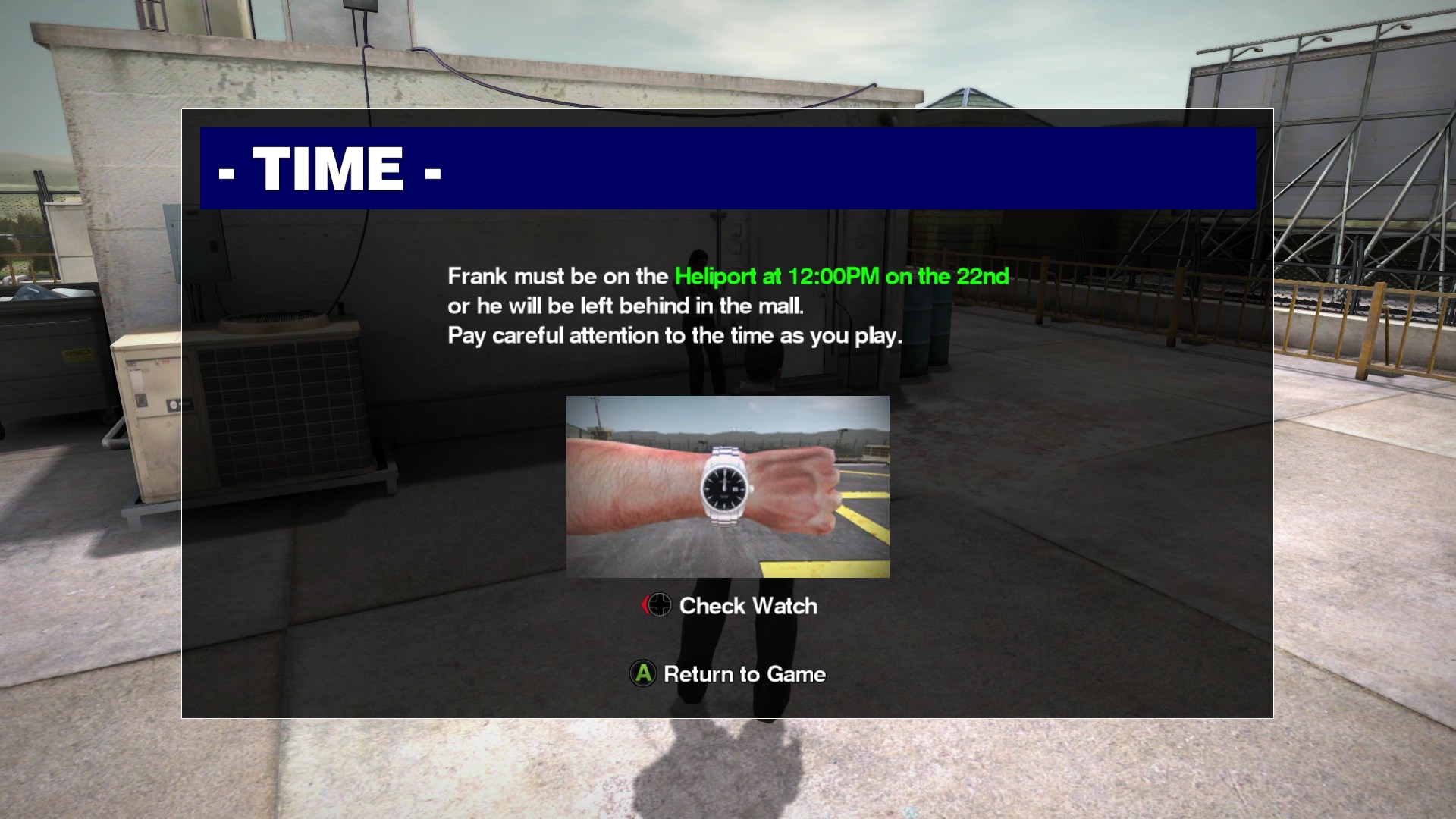 In all three re-releases, time is everything. But it works a bit differently in each game.

As such, it's imperative that you weigh your options at all times. While you're running around, side quests are going to be popping up in addition to the main campaign. You can't do everything, especially if you're new, so prioritize rescuing survivors and doing cases (story quests). Saving people can not only pay off later with bonuses like extra items, but they also provide some of the best PP (Prestige Points, the experience system in Dead Rising) bonuses. 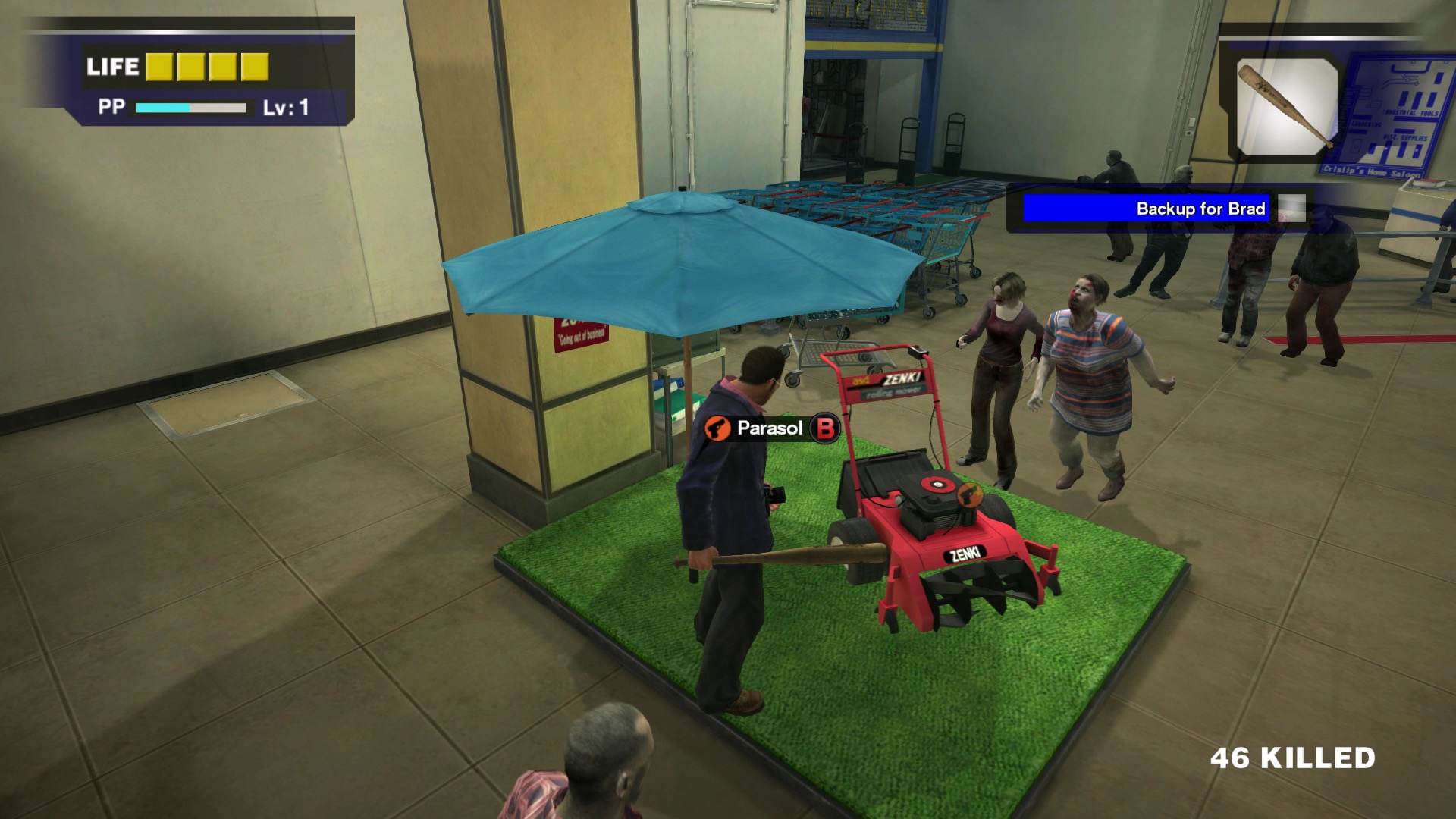 Weapons come in all shapes and sizes in the Dead Rising series, and the only way you'll be able to determine which one you like the most is by experimentation.

For example, take the two-by-four in the original Dead Rising. It's easy to find, it can one-hit KO zombies, and it lasts for quite a while before expiring. Yet it's clunky to use and can only strike one enemy at a time. The katana is less clunky and has similar offensive power, but can also only hit one foe at a time.

Make a list and figure out which weapons best deal with crowd control situations and which you should save for sturdier enemies, tricky situations, and boss fights. If you aren't aware of where the latter confrontations take place, always have a trump card like one of the above weapons in your arsenal.

As a rule, you'll want to carry at least two healing items that restore four points of life. Drinks are the easiest way to ensure that you're getting your money's worth, as most will restore at least four points, if not more. Try to think of effectiveness in terms of real life nourishment equivalents — liquid is the most important, and if the food looks like a snack, it's probably only going to heal a point or two of health. (Dead Rising 2 introduces the concept of combo weapons, which we'll get to shortly.)

As the first game in the series, Dead Rising has a lot of experimental mechanics present. But Dead Rising isn't that difficult once you understand the map. 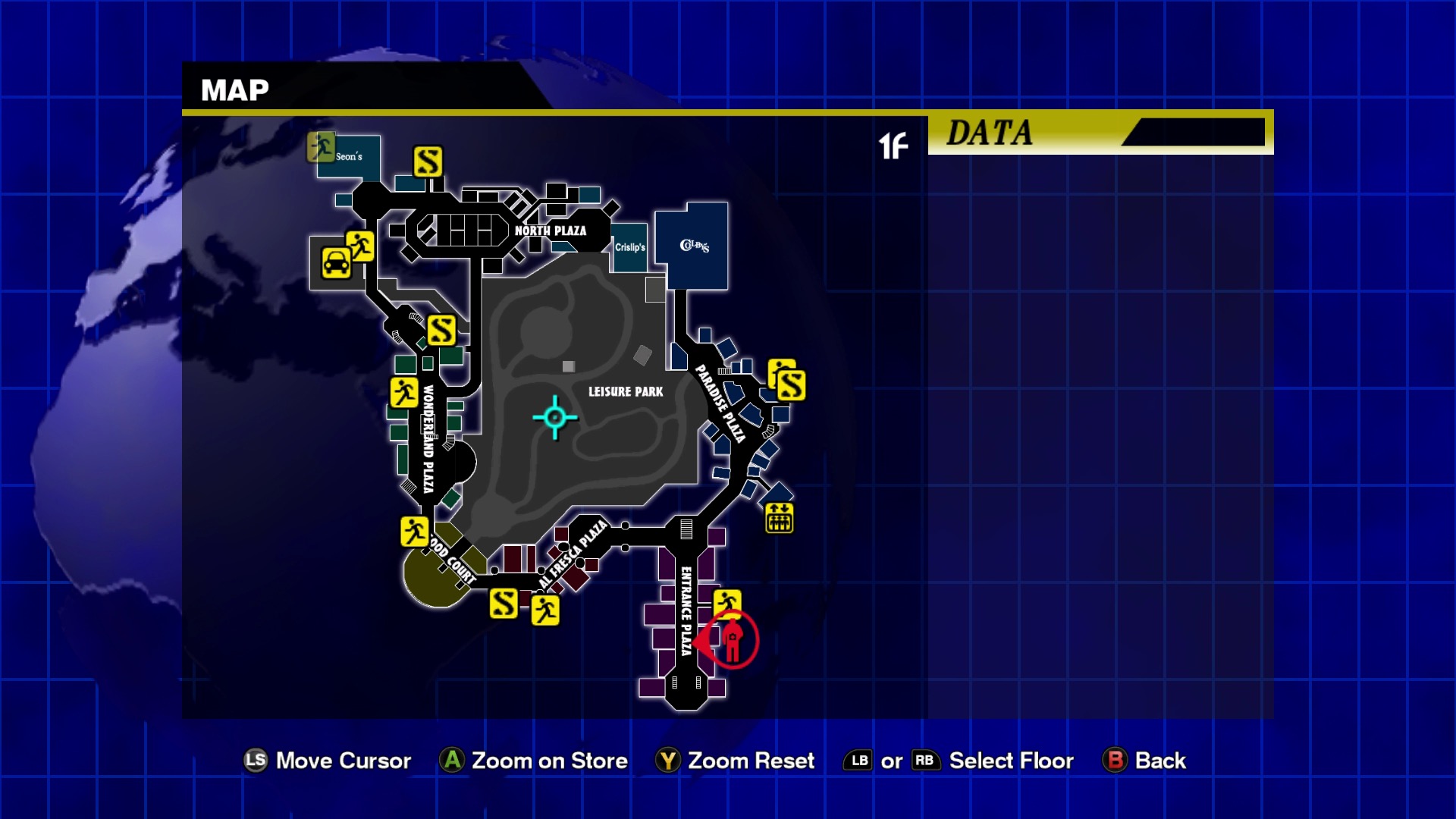 It helps to print a map of the mall before you do anything. Each block represents a store, and since most of them are unique, learning which ones carry each item is imperative for your survival.

If you're battling a boss and head into a toy store and only come out with plush hammers and squirt guns, you're going to have a bad time, but running into a gym will gift you plenty of heavy-hitting weapons. Also noteworthy are the save points, represented by bathrooms and beds to lie on.

There aren't that many of them to go around, and if you don't save your game, it'll revert back to your last file after a death, so it's important that you constantly take a breather after each mission. If you find yourself low on health, do not head into the Leisure Park center the map, as there's no savepoints and little healing items. 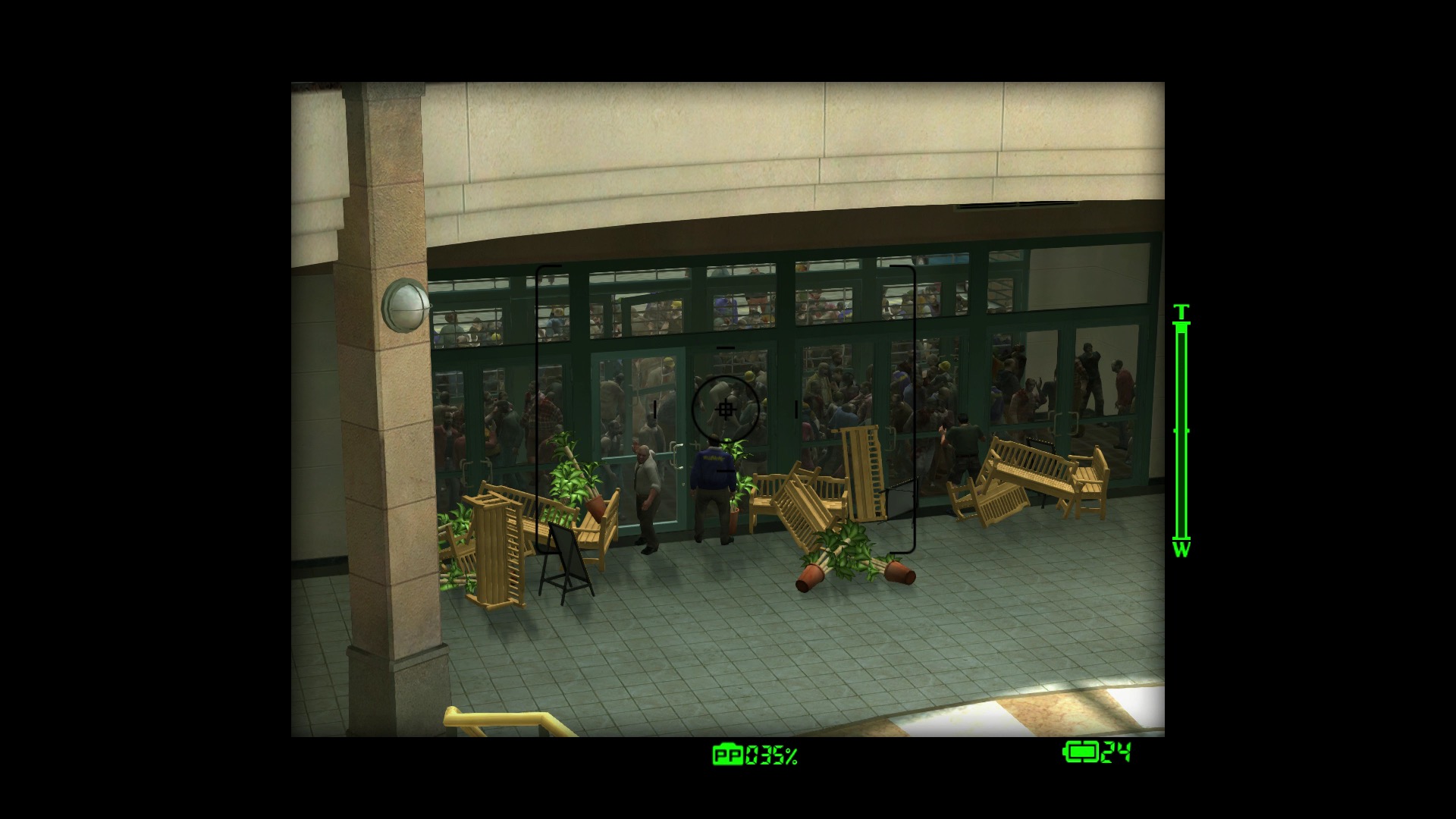 Frank is a photographer after all, and he can use this to his advantage to earn PP. If you ever encounter a situation from afar that involves a zombie getting into a gruesome situation (like a long fall off of a cliff) or a survivor defending themselves, quickly use the camera button to snap a photo before you head in, carefully getting as many zombies or characters as possible in the frame. It only takes a few seconds and shouldn't hinder your ability to save anyone.

Similarly, getting shots of large crowds can garner huge PP bonuses, so going outside into the Leisure Park zone when you're nice and healthy can help you boost up your PP. 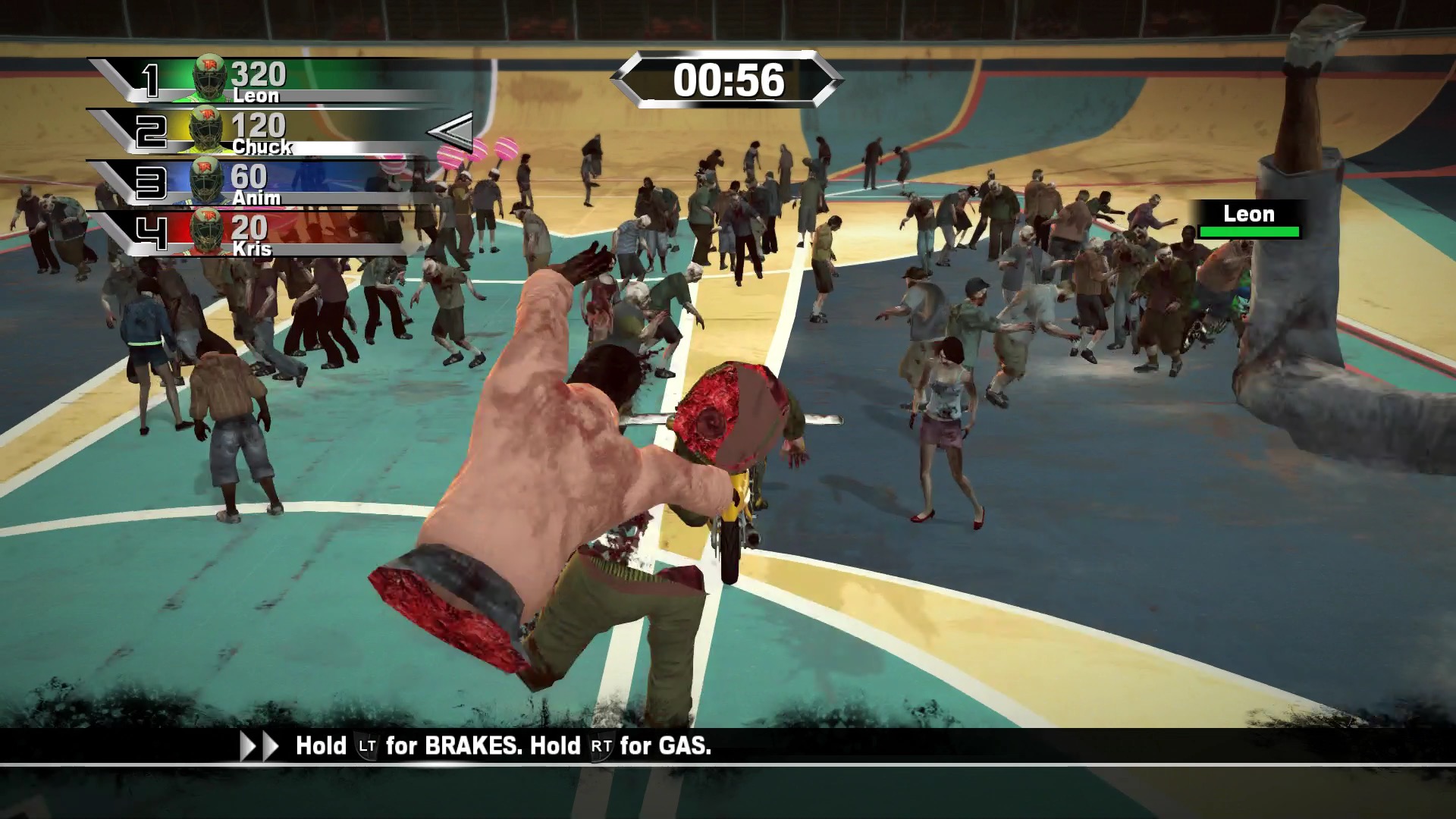 The second game in the series dials up the ridiculousness and the difficulty in many aspects (and swaps out Frank for newcomer Chuck), but there are ways to make it easier.

Here's a trick that you probably wouldn't think of the first time you boot up Dead Rising 2: You can actually start the game, level up, fail on purpose by letting Chuck's daughter turn and carry over your progress to a new playthrough.

Alternatively, you can grind out the Terror is Reality online game (which is basically just a zombie-killing minigame) and transfer cash over to your campaign file guilt free.

With enough preparation, you'll be blowing through the story in no time. Of course, it's not necessarily recommended that you do this for the full experience, but if you're having trouble, it's an option.

Because of this carryover caveat, you ignore the time limit much more freely in the sequel, so take the time to do sidequests and just search for Zombrex to give to Katey and continue the game as long as possible. You can buy them from Pawn Shops at an increasing price, but you can also grab a really easy one in the Slot Ranch Casino behind the stage by jumping onto a stack of boxes behind the curtain.

Dead Rising 2 arguably has the most frustrating boss encounters in the series, but there are two major methods to boost yourself up before taking them on.

The first is painkillers, which you can create by mixing two forms of alcohol together in a blender. You can generally find one of what you need in each casino. Memorize the location of Sipparellos inside of the Atlantica Casino, because you're going to be using it a lot — it has tons of vodka which can be combined together to form a painkiller mix.

The next big upgrade is the knife gloves, earned when you unlock its combo card (by leveling up), and combining the bowie knife and boxing glove at a workbench. At the Yesterday, Today, and Tomorrow location, you'll find the knife, which is conveniently located next to The Man's Sport store, which has all the boxing gloves you'll need. This is what's known as a combo weapon, which does more damage and earns you more PP per kill.

Speaking of bosses, stay out of the Yucatan Casino until either your second playthrough using the above method, or later in the game. It's a really tough fight that involves a tiger named Snowflake and her master Ted. It can be a nightmare if you aren't prepared. Once you've acquired the appropriate upgrades, head back into the room, maul Ted with the knife gloves, and then dodge Snowflake while you look for the steak item (which you should save and not eat if you find them). You can tame Snowflake by killing Ted and feeding her three steaks (that are actually in the same boss room).

Also, you can locate a blender for the Painkiller cocktail to use in the boss fight in the Baron Von Brathaus restaurant inside of the Yucatan Casino. 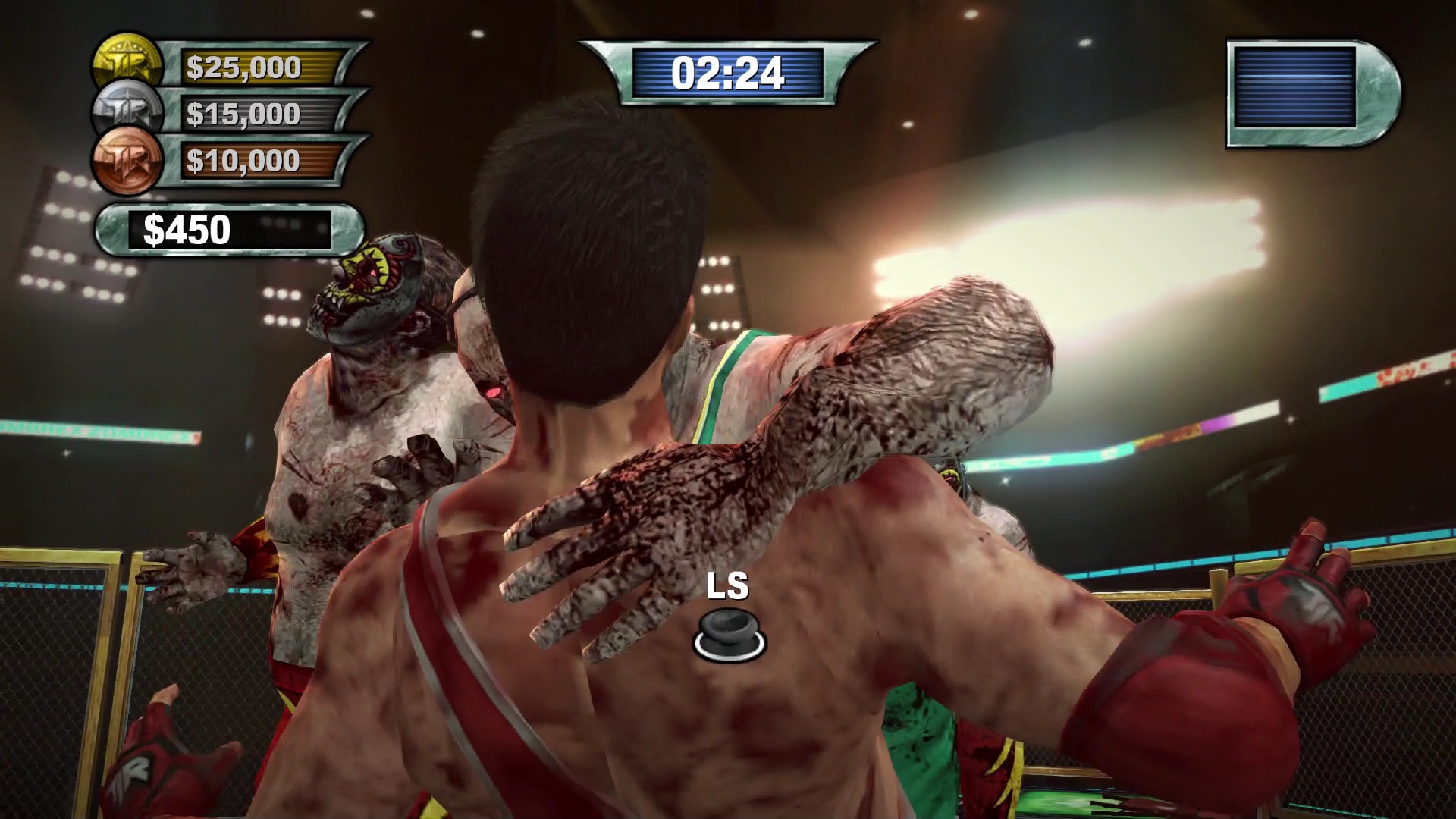 What's the deal with Dead Rising 2: Off the Record? Well, it's basically a re-imaging of Dead Rising 2 without Chuck. You'll once again take control of Frank, and as a sorta-kinda expansion to the second game, it shares a lot of similarities, with one new major addition: the sci-fi themed Uranus Zone.

(There's actually another DLC called Case West — which is not being remade — that continues the story of Dead Rising 2, so it's easy to get them both confused.)

Take advantage of the sandbox mode

You don't need to unlock the extra mode for Dead Rising 2: Off the Record, as it's available immediately. Sandbox basically nixes the time limit and the campaign, and can be played to earn cash and PP that you can bring over to the main story.

Play this first, especially if you're jumping in before Dead Rising 2 proper. It will help you learn the layout of Fortune City, as well as locations of key items like blenders and other combo item ingredients.

The return of the camera 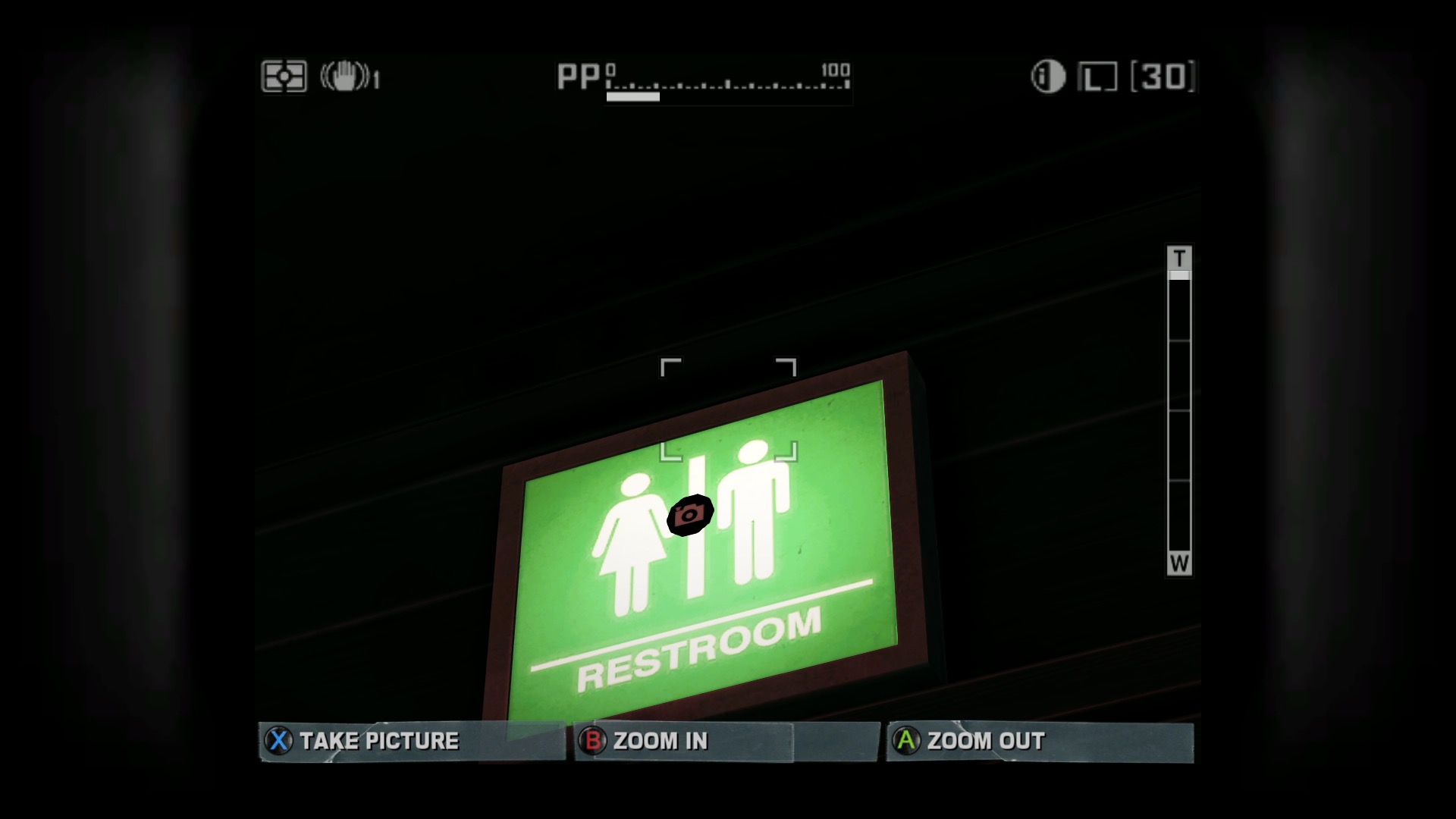 Off the Record also brings back the photography element from the first game, which you can use for the same bonuses.

You'll start to notice more PP stickers scattered around Fortune City though, which are an alternative means of earning experience outside of photo opps. They're tiny little black and white icons with a camera on them, and although they're tough to find, you can usually locate them near signage, so taking a centered shot of any major sign or notable landmark (such as a giant plane or a martian) might net you an unintentional PP bonus.