Review and information for Sonic Forces

Sonic Forces — the latest game in the Sonic the Hedgehog series by Sega’s internal Sonic Team division — fails to be remarkable on nearly every level.

It doesn’t advance the series’ design, nor does it handle classic 2D action as well as the recent Sonic Mania. To its credit, it does at least change the franchise's status quo in a meaningful way: With this latest Sonic sequel, the line between the series' canon and its fan fiction has ceased to exist.

As a platform action game, Sonic Forces wobbles unsteadily from start to finish. The action here has a tendency to fall back on quick timer events and automated sequences in which the heroes' most impressive actions play out as lively non-interactive movie scenes. The actual process of playing Sonic Forces largely involves pressing right and jumping. What passes for variety comes when the camera shifts behind the hero, so that you're pressing up and jumping. The idea that the series amounts to a string of shallow left-to-right races has long been a favorite point of critics, but that complaint rings hollow against the best Sonic games. At its best, Sonic isn't afraid to slow the pace and focus on navigating tightly packed spaces, and to pair breakneck speed with multiple routes that reward players for exploring.

Sonic Forces never manages to find that balance. Most of its levels amount to an on-rails race to the end. The handful of stages that do offer players opportunities for exploration and discovery — generally in order to acquire hidden tokens scattered in slightly inconvenient places — do so accompanied by a relentless timer that suffocates the joy of poking into obscure corners of the world. Forces seems determined at every moment to remind you of how long you've been playing each stage, and when the game ranks your performance once you cross the finish line, your score is weighted most heavily toward how little time you've taken to complete a stage. "Gotta go fast" may be the de facto motto for Sonic, but the franchise’s best games approach that mindset with some nuance. Forces does not.

This failure comes to a head in the abysmal "boost boss" showdowns, which take the form of forward-scrolling races in which a boss hovers ahead of you, just out of range. Completing these challenges comes down to making use of Sonic's speed-boost power at critical junctures to close the gap and cause a target reticle to pop up on the boss, which will allow Sonic to smash into it to inflict damage. These battles quickly become repetitive, and they rely entirely too much on the game giving you a window in which to make use those targeting icons. There's no joy in these would-be epic showdowns, just arbitrary design and a lot of trial-and-error in order to figure out when and where the developers intended for you to boost and attack.

The standard stages aren't really any great shakes, either. When you do get into the flow of the action, Forces can be almost hypnotic in its rhythms. Unfortunately, this never lasts long, though; Forces is, after all, an action game, which means that players expect to be presented with a challenge. And pose a challenge it does, but these tests of skill rarely create the sensation of having achieved any meaningful mastery. I found that most of my failures resulted from a combination of high speeds and poorly telegraphed obstacles. Hazards either appear on-screen too quickly to react or else they vanish into the overly busy backgrounds. None of the enemies actually do much to stop Sonic besides simply standing in place. S-ranking a stage ultimately boils down to rote memorization, not skill or reflex.

If Forces does anything well, it's to add a sense of spectacle to the mundane act of running in a straight line. A fair amount of visual storytelling takes place in the backgrounds of stages, replaying the villainous Eggman's global conquest as giant robots smash buildings and enormous war machines spread across the planet. These background elements amount to little more than wallpaper, of course, but they give Forces a reasonably epic sensation, especially when the background drama begins to encroach into the foreground. Sometimes this can be annoying, as in the stage where you're fleeing an advancing death laser with zero room for error. Every once in a while, though, it works. The Green Hill Zone stages where Eggman's machines have leached life and color from the grassy scenery are a particularly nice touch.

In those best moments, you get the sense that Sonic Team really did have a cohesive vision for the game. It never quite coalesces, though, and this hardly feels like a tentpole release for a major game publisher's biggest franchise. But there are some interesting ideas here, and if nothing else the dev team understand that the best thing the Sonic franchise has going for it is its dedicated fanbase. Forces may stumble as an action game, but it feels like a warm embrace to Sonic fans. "We've read your fanfic and seen all the Your-Name-The-Hedgehog characters you've created," Forces reassures its core audience. "We get you. And we're going to make all of those things official."

For a game as slight as this — the core mission consists of 30 stages, and there's no way the game should take more than four or five hours to complete — it spends a lot of time focused on its story. Tonally, the story is a mess. There are plenty of chili dog jokes and speeches on the power of friendship, sure, but at the same time, the game begins with Sonic being beaten nearly to death by a Sinister Six-like coalition of his rogues’ gallery. With Our Hero vanquished, Eggman quickly conquers the world and throws Sonic in prison to be tortured for months on end. This grim twist feels wildly inappropriate, like the worst excesses of teenage, try-hard fan fiction turned into primary text.

But that's kind of the point. Sonic's disappearance opens the door for a new hero or heroine: the player's avatar. Forces allows players to create their own custom character to step in for the missing hero. You're not allowed to name your creation, but otherwise Forces is all about original characters (do not steal). Your avatar doesn't have to be a hedgehog, either; there are half a dozen different species to pick from, ranging from bird to bear, and each different race comes with its own special ring-related skill bonus. For example, hedgehogs can gather up rings that get spilled after a collision with a bad guy. Cats, on the other hand, will continue to hold onto a single ring after taking a tumble rather than losing everything, which can be a helpful life buffer, particularly in boss battles.

Avatar creation and customization are the heart and soul of Forces. The game offers a sizable palette of design options with which to create a new character, and each completed stage or new challenge fulfilled will unlock a few more of the hundreds of clothing and equipment options available to fine-tune the avatar's appearance. These range from total body conversions (e.g. giving a rabbit dragon scales or transforming a wolf into a gelatinous, green gummy) to outfits covering the gamut from formal wear to casual pajamas.

On top of that, you can play as other players' characters in certain special stages or simply by "renting" their avatar for a level. Again, it creates the impression that Sonic Team understands its most loyal fans' desire to become a part of the Sonic world and share their creations with their peers. As a result, the way the game's customization features come together feels somehow more meaningful than similar features in other games.

Avatars also play differently than Sonic himself: They can't run as fast as he can, obviously, so instead they use a grappling wire to zip around and swing, and they can carry weapons to wipe out groups of enemy robots. Eventually, Sonic makes a jailbreak, and the pot-bellied retro hedgehog from Sonic Generations shows up as well, so levels alternate between giving the user control of the avatar or over one of the two hedgehogs. Some stages also see various combinations of heroes teaming up, though these mostly serve to highlight how under-developed the different characters really are. You ultimately will fall back to using modern Sonic whenever you have the chance, since the team-up stages tend to be boost battle stages, and modern Sonic runs the fastest.

Sonic Forces creators' good intentions and interesting ideas don't amount to much in a game so clumsy and limited in design. It certainly doesn't help that Forces follows right on the heels of Sonic Mania, a game that not only demonstrated a more focused design sensibility but also did a far better job of realizing its creators' ambitions. Forces may have had a larger budget than Mania, but it feels like the poorer creation all around. Unless your dearest dream has always been to play a Sonic game as your own original fan art character, Sonic Forces doesn't have much to offer.

Our review of Sonic Forces 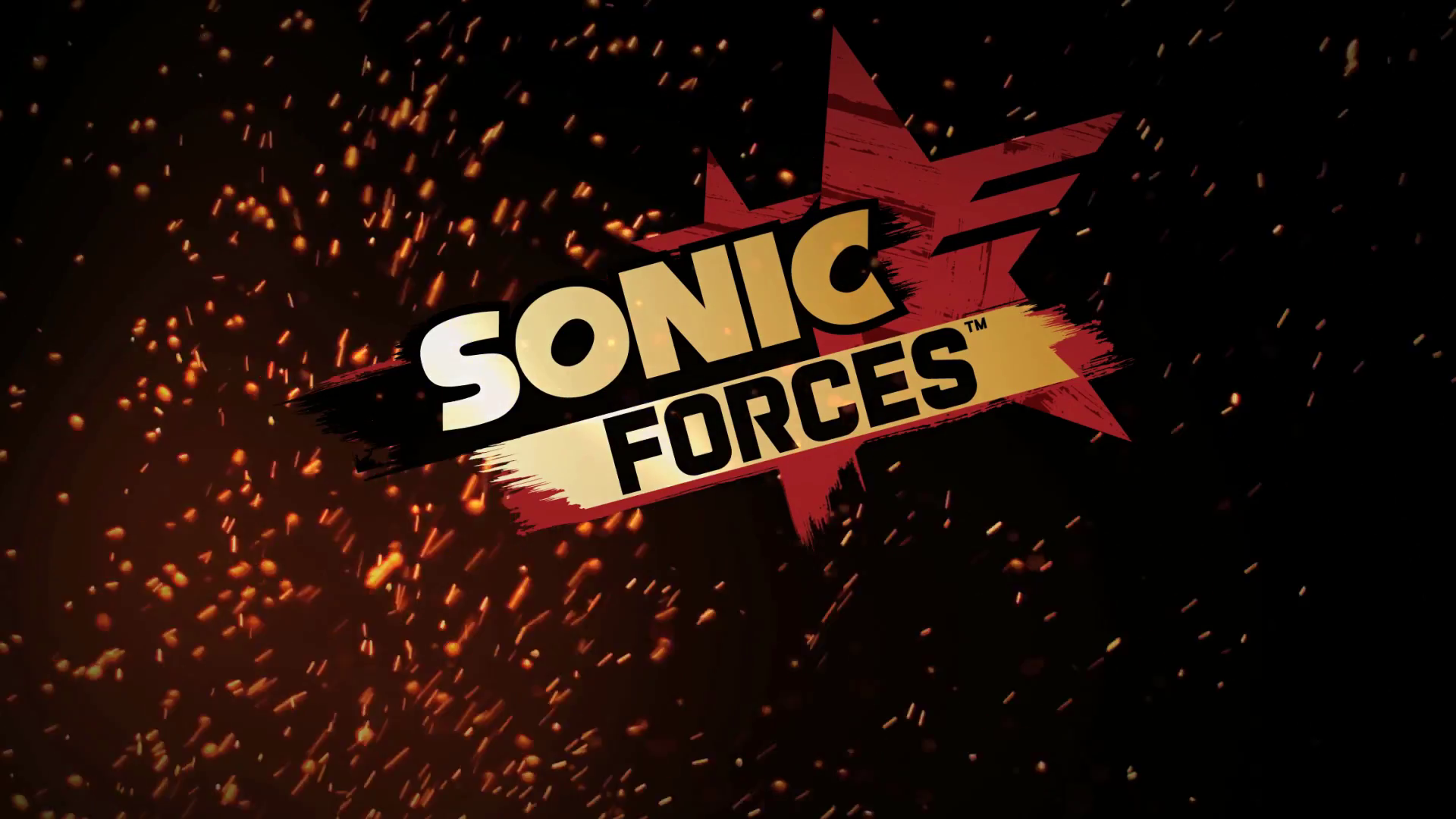