Share All sharing options for: Birthdays the Beginning review

Review and information for Birthdays the Beginning

Birthdays the Beginning made me feel like I was in fourth grade again — for better and worse.

Birthdays the Beginning is about the not-so-easy task of creating a Tyrannosaurus from scratch. After I'd managed that, my job was to create tiny mammals, proto-humans and eventually, civilization. It put the spark of life in my hands, the ability to make whole species go extinct, and gave me the nostalgic tingles of educational games I'd spent my childhood obsessing over.

The trouble with a nostalgic glow, though, is that it can only shine for so long. The more I played Birthdays the Beginning, the more I remembered how those edutainment hits of my youth had been more ways to pass time than actual entertainment.

Birthdays the Beginning is about celebrating the birthdays of everything from algae to mastodons, all of them cute and friendly. All these creations are presented in a style that’s adorable and pleasant. But the game falls short on giving enough information or guidance to succeed at truly being either educational or much fun.

Birthdays the Beginning is the latest creation of Yasuhiro Wada, best known for his work on the Harvest Moon series of games. Inspired by TV shows from his childhood, Wada took a step away from the farm to create a game where an Ultraman-styled hero floats around a cube floating in space, altering the landscape to encourage the development of different lifeforms.

Birthdays the Beginning doesn't bother much with a surrounding fiction to its gameplay. I found a note in one of my grandfather's mysterious old books that guided me to a cave; once in the cave I became a red-suited spaceman. I was instructed on how to alter terrain on a cosmic cube by a talking octagonal prism named Navi. I was, in short, given the power to create life.

While wielding creation itself sounds glorious, mostly it all comes down to being able to raise and lower the height of terrain. That's more or less the extent of Birthdays’ controls: One button makes the earth go up, the other makes it go down. Going below the starting altitude creates oceans, and going above creates steppes and mountains. Lowering it causes the temperature of the world to go up, and raising it causes it to go down. I don't think that's actually how science works, but the rules of space cubes are probably different.

The terrain of Birthdays the Beginnings is also made up of cubes, sort of like a softer-edged Minecraft. My avatar began with the ability to only raise or lower one cube at a time, but that expanded as I leveled up, to three-by-three cubes, nine-by-nine, and so on. But even when I had the ability to modify huge chunks of terrain at once, I found the process tedious.

In my first attempt at the game, I ended up restarting entirely because I'd made such a mess of my terrain that taking the time to fix it was simply not worth it. Life likes to grow on large, flat spaces, so I found it difficult to be much more creative in my world building than just creating different widths of ziggurat up and down the landscape to alter the temperature.

Everything in Birthdays the Beginning comes down to temperature. The game begins with single-celled life in hot primordial seas, and from there it's just slowly fiddling with the landscape until the temperature goes up or down a degree. And then waiting. And waiting. Most of my time was spent watching my cosmic cube slowly spin while a list of numbers of different organisms went up and down. The music is very chill and easy to relax to, so there's something zen to just waiting for new creatures to evolve. The game might work well running in the background on PC, but I played on PlayStation 4, where having its waiting game take the whole of my attention was not exactly thrilling entertainment.

My favorite moments were found when the wait comes to an end and new lifeforms are born. Once the game's creatures start being vertebrates, they're very cute, all of them with sweet smiling faces and shapes like they were molded out of Play-Doh. I loved going into first-person mode to search my cube for new creatures, snapping up their information to add them to my in-game library of organisms.

The little blurbs that go with each creature's capture, though, aren't very informative. On its face, Birthdays the Beginning seems similar to the educational games I'd played as a kid, with its heavy use of scientific classifications and technical specifics for evolution. The more I played, however, the more I realized that Birthdays’ actual instructional value is questionable.

In one instance, dinosaurs had already thrived and gone extinct in my world, and an age of mammals had risen. However, I was able to raise the temperature in one specific area of the cube, and all of my dinosaurs re-evolved. I'm no scientist, but I don't think that's something that actually can happen. I'd unintentionally created a little Jurassic Park, with adorable velociraptors sharing space with my ancient humans. It was a pretty cool situation, but made it clear that Birthdays the Beginning is not quite an accurate tool for learning about how evolution works.

Birthdays the Beginning doesn't have much guidance to offer other than its evolutionary tree. The early game has a lot of (unskippable) tutorial and hand-holding, but once life really started cooking, I was basically on my own. Birthdays the Beginning sets goals for you to hit in lifeform development — get life on land, grow a T-rex, develop humanity and so on — but the exact steps to get there can be frustratingly vague. The game uses the scientific names for organisms, which led to further confusion; when my goals involved developing Olea and Triticum, I had to hit Google to find out I was trying to evolve olive trees and wheat.

But even meeting the requirements provided by Birthdays wasn’t always enough. More than once I seemed to have everything that reaching the next goal required — the right temperature, the right moisture levels, all the needed organisms — but the next evolution or event wouldn't trigger. I was left just staring at my spinning cube wondering what I had missed. Technically, you can cheat and use items to trigger events, like making an organism more fertile, making it evolve, or making it mutate. Using those wasn't as satisfying, though, and often ended up with me stuck at a dead end, having evolved wheat into a world that I couldn't make support its growth.

When I did get that wheat to grow all on its own, it felt great. No one has ever been so excited to grow wheat as I was, except for perhaps the actual, literal first humans who figured it out. Those moments of rejoicing were too few and far between, but they gave me enough satisfaction that I wanted to keep playing, to see what else I could develop and what other goals I could reach.

There isn't much replay value to Birthdays the Beginning, though. Once I'd developed civilization, I'd developed civilization, and there aren't alternate paths of development to get there. The game has a challenge mode based around developing other kinds of dinosaurs, but it’s not that different from the core game. Once you've played Birthdays the Beginning once, you've seen basically all it has to offer, other than the goal of trying to fill out your organism library.

In that, Birthdays the Beginning felt familiar. It was scratching the same itch that educational games I spent weeks obsessing over as a kid. Those games were often plodding and repetitive, but they gave me a sense of creation and control. I'd play them again and again, getting the same result every time, just because that was something where I knew what to do and how to do it.

In the end, that’s maybe the biggest problem with Birthdays the Beginning: It often feels more like a thing to do rather than a game to play. While I loved the cute aesthetic and simplicity of its mechanics, the game gave way to tediousness and dullness far too often for such grand subject matter. It felt nice slipping into grade school nostalgia for a few hours, but I’m not in fourth grade anymore. A thing to do isn’t enough anymore.

Our review of Birthdays the Beginning 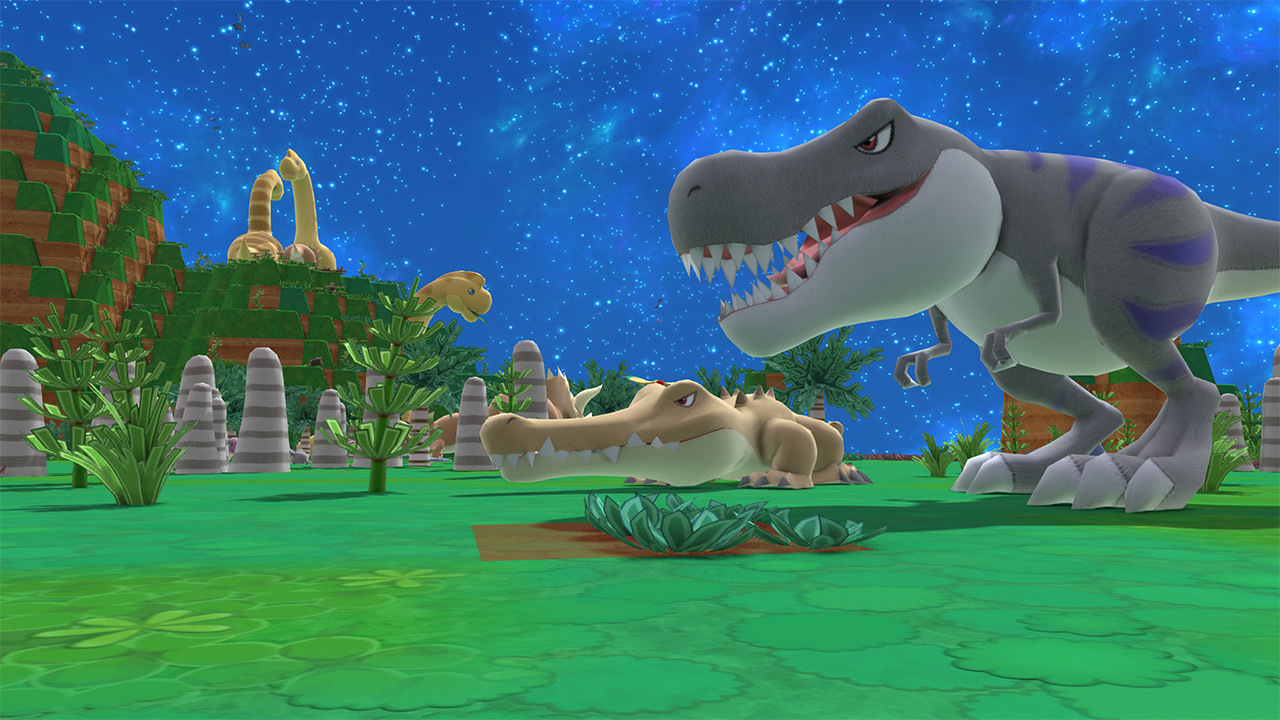