Capcom’s Ultra Street Fighter 2 for Nintendo Switch isn’t exactly a new game, instead bringing together elements of previous updates to one of the most iconic and beloved fighting games of all time to the new hybrid console. As a 23 year old game, there’s not a lot new to analyze or say about Super Street Fighter 2 Turbo, but the question is whether it’s a reasonable option, and how well it works as a Street Fighter game. To talk about that, this review will take a conversational format between two of the longest-term Street Fighter fans at Polygon, Managing Editor Mike McWhertor and Reviews Editor Arthur Gies, each of whom has been playing Street Fighter 2 in arcades, laundromats and video game consoles since it originally released in 1991.

Arthur Gies: I don’t want to beat around the bush here so I’ll just get to the point, or at least my point — Ultra Street Fighter 2 is a pretty weak version of the game in a lot of ways, and it’s hard not to look at it as a deeply cynical release.

Michael McWhertor: It's also hard not to bring up the price of Ultra Street Fighter 2 from the get-go. The game costs a staggering $39.99, making it feel like a bold-faced attempt to squeeze a few more dollars out of excitable Nintendo Switch owners looking for a proper fighting game and something new to play on the system.

But value, of course, is subjective. And there are plenty of things Ultra Street Fighter 2 does right. Namely, it presents an arcade perfect — arguably improved upon — version of a beloved fighting game and tosses in two semi-new characters: Evil Ryu and Violent Ken. I enjoyed toying with those two character variants and revisiting a game I fondly remembered. Of course, I spent all of my time playing Ultra with the classic graphics and sounds: I absolutely cannot stand the new graphics that Udon drew for the HD Remix release nearly 10(!) years ago. This review is making me feel older and older by the minute.

AG: Yeah, I was struck by how poorly the remastered graphics held up, as someone who somewhat remembers liking them back in 2008. The original world warriors and even the Championship Edition fighters look ... fine, though maybe a little overstylized, but holy crap, the new challengers look terrible. Fei Long is kind of a disaster.

I won’t hold this against Capcom too much here, because a lot of work was put into making sure the frame data and hitboxes for HD Remix’s sprites and those found in the original game are identical, which is critical to the game’s feel and balance. But in a way that feels indicative of the total package and how slipshod Ultra Street Fighter 2 feels, once I realized how much I disliked the updated graphics, I was stuck with them until I quit out of my Arcade Mode playthrough.

It’s 2017, and the idea of a visual overhaul that preserves original mechanics isn’t new. And since HD Remix came out, there have been big quality of life additions to this kind of release — like real-time graphics switching. Maybe there aren’t enough buttons on the Switch to allow for instant swaps, but there’s not even the option in the game’s pause menu to switch. You have to go all the way out of a game, back to the main options menu, which is both poorly organized and a complete eyesore.

There’s no real sense of foresight apparent with this stuff. I know you weren’t a big fan of the cursory addition of a color mixer for fighters.

MM: I was admittedly pretty excited about the color editor tool, something I'm a little embarrassed about; I just have a soft spot for character customization in fighting games. But the final result is far less interesting (and less useful) than I expected it to be. After making a Martian Chun-Li by mistake and some further bumbling through its confusing interface, I gave up.

But we really need to talk about Ultra's other noteworthy addition: Way of the Hado, the brand new first-person mode in which you throw fireballs, dragon punch and tatsumaki senpukyaku as Ryu. It's a strange diversion at best and not an enjoyable one. I'll give Capcom a little credit for experimenting with the Switch's Joy-Con controllers. Holding one Joy-Con in each hand and mimicking Ryu's special moves is a good idea for the hardware, and Capcom's not exactly billing this as Ultra's biggest feature.

This is a game that's fueled by nostalgia — the Street Fighter 30th anniversary logo that pops up every time you fire up the game reminds you of that — but I’ve managed to develop zero nostalgia for finicky, clumsy motion controls.

Furthermore, I can't say I'm a huge fan of using the diminutive Switch Joy-Cons to play a fighting game.

AG: The Switch doesn’t have a conventional D-pad on either Joy-Con, and when playing solo on the handheld or the Grip, trying to use the left face buttons for directional input is a nightmare. I think this is maybe the worst default control scheme a Street Fighter game has seen since it tried to squeeze on the Genesis (unless you really want to beat up Capcom with the Gameboy version of Street Fighter 2). The analog sticks aren’t terrible, and I was able to pull of hadoukens and shoryukens with about 80-90 percent reliability, but it’s still not good.

Nintendo and Capcom seem to be leaning into the Switch party trick of using the left and right Joy-Cons as separate pads for local 1-on-1 play, and technically, it does function — there are six buttons on each Joy-Con, after all. But again, they use the analog sticks for directional input, the "shoulder" buttons aren’t what I’d call comfortable, and the right Joy-Con’s stick is in the middle of the damn controller. If you thought arguments over who has to play on the right were bad, I can’t imagine how ugly rock-paper-scissors matches over who gets stuck with the blue Joy-Con will get.

Right now the best control option for Ultra Street Fighter 2 is the $70 Pro Controller, which has a perfectly serviceable D-pad, but it’s still a modern, conventional game controller in a fighting game. A fightstick is coming at some point, apparently. But right now, for more than double the price of the Xbox 360 and PS3 release of Super Street Fighter 2 HD Remix, it’s hard not to be frustrated (and like you were saying Mike, Way of the Hado is, and I can’t think of a better word for it, trash).

MM: You mentioning the "Switch party trick" strikes me as potentially the right way to think of Ultra Street Fighter 2: not as a deadly serious fighting game, but as a party game, a piece of nostalgia — with the price to match — to trot out for old folk like us. It'll never compete with the likes of Capcom's current fighting games in terms of lasting value or, more importantly, precision, but it's been a pleasant enough trifle.

If you'd told me 20 or even 10 years ago that we'd get a better-than-arcade port of one of Street Fighter's best entries that's playable on a portable, I'd have been thrilled. But we've come to expect a lot more from fighting games these days, ironically by Capcom itself, and Ultra Street Fighter 2 just doesn't do enough to justify its price tag or overshadow its shortcomings.

Our review of Ultra Street Fighter 2: The Final Challengers 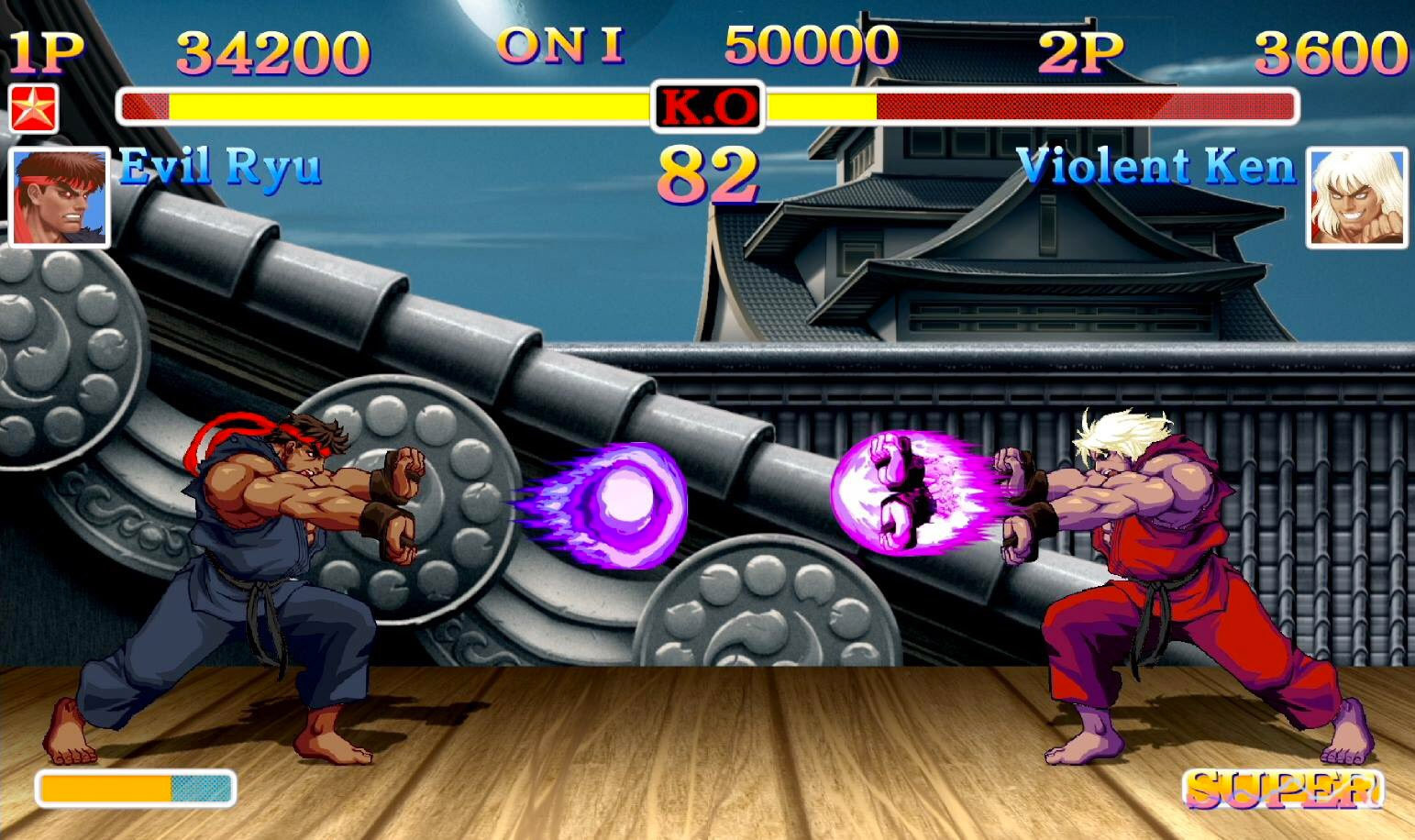