Plenty of horror games enjoy leaving players in the dark, but none have embraced that idea quite as fully as Perception.

Developed by ex-employees of BioShock studio Irrational Games, Perception is a first-person adventure that has you, er, "seeing" through the perspective of a blind woman. It is a game about blindness, both literal and figurative, but also about confronting that blindness and not letting it hold you back.

Those are ambitious goals, and that may be Perception’s biggest fault. It suggests grand ideas that the game can't quite pull off within the limits of a horror anthology game.

Perception is a game about blindness, both literal and figurative

Perception’s opening moments introduce players to protagonist Cassie, a young woman blind since birth. Cassie has been plagued by nightmares lately, which have led her to New England and a strange, maze-like mansion with a dark history stretching back hundreds of years. Cassie must uncover the secrets of that past using her strange, psychic connection to this troubled place, all while dodging supernatural threats and dangers.

The first challenge facing Perception is in how to present blindness — how to replicate the inability to see in first-person for players who have, by and large, never experienced that. The game’s answer is to give Cassie the ability to basically echolocate. When she taps her cane on the ground or hears the drip-drip-drip of a nearby faucet, it creates a ghostly vision in her mind of the general shapes surrounding her. Those shapes hold for a short time, but if you go too long without more noise, they will fade away into blackness.

Whether this depiction of blindness is realistic or not, it successfully provides a constant source of tension, and establishes a rhythm to the gameplay: Tap your cane, take a look around, move, tap again, etc. When the game breaks that pattern, things become even more terrifying as you're thrown into situations where you need to avoid making noise while still finding your way through the house’s long and twisted hallways.

The primary obstacle in Cassie’s way is "the Presence." It’s not entirely clear what the Presence is, but it isn’t happy that Cassie is in this house. Make too much noise by running on wooden flooring, turning on a loud television set or tapping your cane too many times in a row, and you’ll summon the Presence to your area in the form of creepy, evil spirit, forcing you to run and hide if you don’t want to be killed.

I referred to the Presence as an obstacle, but I should be clear here: Perception is not a challenging game. Failure is unlikely, and thank God for it, given the game’s poor checkpointing at the few points where it’s possible to die. In the four or five hours it took me to complete Perception, I only ran into the Presence about once per hour. You'll be pretty safe unless you run around banging your cane against every surface non-stop.

Rather than focusing on ghostly roadblocks, Perception’s key to progress is exploration. Clearly inspired by games like Gone Home, its goal is often as simple as walking around, picking up objects of interest and piecing together bits of story from the psychic flashes of dialogue these unlock. Occasionally, you’ll also have to solve a puzzle, though these are rarely anything more complicated than "find a key to unlock this door."

Despite playing on a powerful PC rig, we ran into numerous issues with Perception’s performance. Most notably, the game crashed numerous times throughout our playthrough, despite its brief running time. This is more of a problem because of Perception's minimal checkpoints. Jumping back into the game often placed us five to fifteen minutes back, requiring backtracking, relistening to the same audio cues in full and attempting to figure out which memories we had triggered before the last autosave and which hadn’t.

While the action itself wasn’t terribly engaging, I enjoyed the stories Perception uses this house to tell. Taking place across four chapters, Cassie explores four separate time periods from the house’s sordid past. They're all connected in a vaguely interesting way, but each of these tales also works as a standalone horror story, complete with clever twists that inevitably saw things end in a completely different way than I expected.

This success mostly extends to the overarching metastory of Cassie’s search for the truth behind her nightmares. Players looking for a more direct exploration of life as a blind person may be disappointed, as Perception’s mission seems to be empowering its lead. But it also drops the ball on that exact note in one frustrating way.

About halfway through the game, a new mechanic is introduced where Cassie can take a picture of an object, upload it to an app on her phone and get connected to a live operator who will describe the picture to her. This introduces a boring, poorly fleshed out side character, and it also robs Cassie of the agency she demonstrates in so much of the rest of the game.

A running theme throughout the game is one of Cassie's independence. For example, Cassie refuses to wait for a friend before exploring the house; she needs to do this on her own. For these photographic puzzles, she literally cannot do them on her own. This strange bit of mixed messaging waters down what is otherwise a page-turner of a thriller.

Perception is full of interesting ideas, both mechanically and narratively, but it never fully commits. It’s a game about being blind that allows you to see. It’s a game about things that go bump in the night, but those horrors rarely show up to threaten you. There are some strong moments peppered throughout Perception, and some great, chilling histories to uncover in this virtual haunted house, but it plays at much bigger ideas than its surface-level exploration can handle.

Our review of Perception 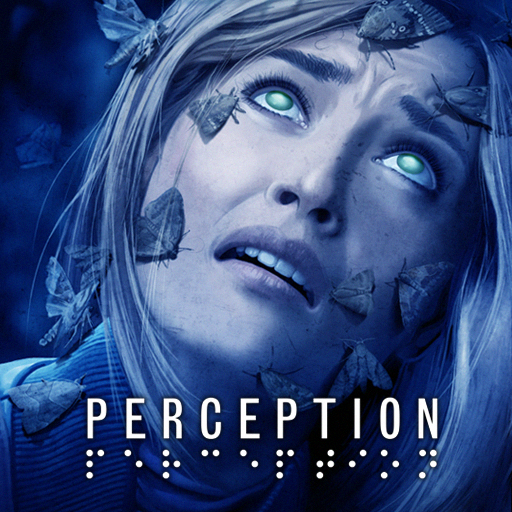