Review and information for Samurai Warriors: Spirit of Sanada

They’ve told this story before, but they've never told it like Samurai Warriors: Spirit of Sanada.

The fate of the samurai Masayuki Sanada and his sons is a matter of historical record. Like many family histories from Japan’s Warring States period it’s a story mottled with triumph and tragedy, and the Samurai Warriors series has woven it in and out of several games in the past. For a franchise as often criticized for its repetitious nature as Koei Tecmo's Warriors series, devoting an entire game to a story whose pivotal points and inevitable outcome have already been played out in previous installments seems like a pretty big risk. And up until Samurai Warriors: Spirit of Sanada’s halfway mark, I was pretty sure that risk wouldn’t pay off.

I’m glad I was wrong.

Even as someone who guiltlessly enjoys Warriors titles, I didn’t pick up my controller expecting anything more than the usual slash-em-up noisefest. That’s what I come to these games for, and Spirit of Sanada delivers it right out of the gate. The battlefields are the same familiar barracks and fields connected by networks of paths, packed with troops and peppered with officers. The combat is the same mix of straightforward and mashy combos, powerful Rage frenzies, and, of course, spectacular Musou moves. These all combine to toss dozens of NPCs around the player character in a sea of synchronized flailing. Masayuki’s weapon of choice, a flag bearing the Sanada family emblem, behaves like a sweeping polearm, which helps the game’s first few fights feel exactly as powerful and turbulent as I was hoping they would.

As enjoyable as playing Masayuki was, I was initially worried that Spirit of Sanada’s adherence to the Sanada clan’s story would force it away from one of my favorite things about all Warriors games: the variety of their playable cast. There are plenty of games about wars — games about old wars, games where I can play some gruff and honorable young or middle-aged man with a gun and/or a sword killing other young or middle-aged men with guns and/or swords. Warriors games differ from standard historical — even fantastical — action. Their characters are vibrant and distinct, with designs, weapons and abilities that have only increased in uniqueness as the franchise has gone on.

Warriors games also aren’t shy about putting the wives, concubines, sisters and daughters of the more obvious military figures shoulder-to-shoulder with them on the battlefield. Historically these women had power, but it wasn’t always the kind that games concern themselves with. Warriors games translate that power in the series’ own language. On the battlefield, they are competent and confident, wielding everything from blades to bows to their own oversized (and deadly) hair ornaments.

Spirit of Sanada’s creators seem to understand that this is one of the franchise’s greatest strengths. While many of the missions require players to use at least one member of the Sanada family, a variety of other characters are typically available, depending on allegiances and allies that make sense at that point in the story. The game includes a handful of significant battles that took place without the involvement of the Sanadas, offering a good opportunity to play as other characters that were present in Samurai Warriors 4. Because of this, I almost always had the option to bring at least one character I was sincerely excited about into a fight.

Playing out battles in Spirit of Sanada isn’t just a matter of picking your characters and slashing up a storm, though. It’s also important to prepare. The game has a system of stratagems, where players can trigger certain events that make completing their objectives easier. A prompt may appear allowing the player to trigger a surprise attack from the enemy’s flank, or to dispatch an allied ninja to strike a fleeing general off of their horse. Some stratagems are unlocked by completing sidequests before a battle, or in the case of multi-stage battles by accomplishing certain optional feats (like defeating all enemy officers or winning within a certain time limit) in a previous stage.

Stratagems can’t be employed for free, though. A meter fills when you complete various tasks, perform well in battle or talk to certain NPCs about the state of the world. As the meter fills, coins are gained, up to a maximum of six — representing The Six Coins of the Sanada — which are spent to trigger stratagems in battle. This makes stratagem rationing crucial, particularly during the more difficult multi-stage battles. If a battle was going well and I was running low on coins, I might forego the offer of a distraction I didn’t need just in case a more useful stratagem was offered later on.

Samurai Warriors is showing its age

Outside of battle, castle towns offer places to upgrade weapons, craft medicines, level characters, socialize and ply other warriors with gifts to raise their affection. NPCs with maxed affection can then join the player character when they go out exploring to rustle up ingredients and solve the world’s lesser problems. A bandit here, a spy there, with a fishing spot or two in between.

It’s in these places, outside of the heat and frenzy of warfare, that some of Spirit of Sanada’s seams become more noticeable. While it’s by no means an ugly game, the engine it’s built on shows its age. Cutscenes can fall victim to some seriously stiff animation, making them most effective when the characters are standing more or less in one place.

Then there’s the hair.

Nobuyuki’s ponytail moves with the ease and grace of an old garden hose; Lady Chacha’s braids look like a woven straw wreath. Cosmetics aside, there were also many occasions where the game’s framerate took a nosedive while playing on a PS4 Slim, typically while breaking large objects like rock barriers or throwing down in a densely-packed patch of enemies with an effect-heavy character like Chacha.

But the more the game progressed, the less I cared. Between Spirit of Sanada’s intense focus on the core cast and the easily accessible glossary just a button press away during key dialogue, my initial confusion eventually gave way to profound investment.

I enjoy Warriors games, but I’ve never expected them to make me emotional, to grip my heart, to make me feel strongly about a character and not just their design, their weapons or their moves. That lack of expectation is probably what allowed Samurai Warriors: Spirit of Sanada to hit me as hard as it did in its final acts. Even the epilogue, which I was absolutely certain would spoil the powerful closure the story had given me by winding back the clock or giving me an open, consequence-free snapshot of the world to kill time in, ended up being the final blow of the hammer needed for them to absolutely nail the ending.

It’s not a happy ending. It couldn’t be. Any Wikipedia article about the birth of the Tokugawa Shogunate could spoil that much. But it’s a mistake to think that the victor’s story is the only one worth telling, or the only one worth playing out.

Dynasty Warriors and Samurai Warriors are both easy targets for snap judgments. They’re exactly the kinds of games that almost invariably get brought up alongside phrases like "just more of the same" and "fans of the genre." But while Samurai Warriors: Spirit of Sanada doesn’t diverge wildly from what I’ve come to expect, its presentation and impact are unique enough, strong enough and successful enough that I can only hope it heralds a new direction for the franchise. Deeply personal stories about these monumental figures, given ample room to breathe, can bring an overtold legend back to life.

Our review of Samurai Warriors: Spirit of Sanada 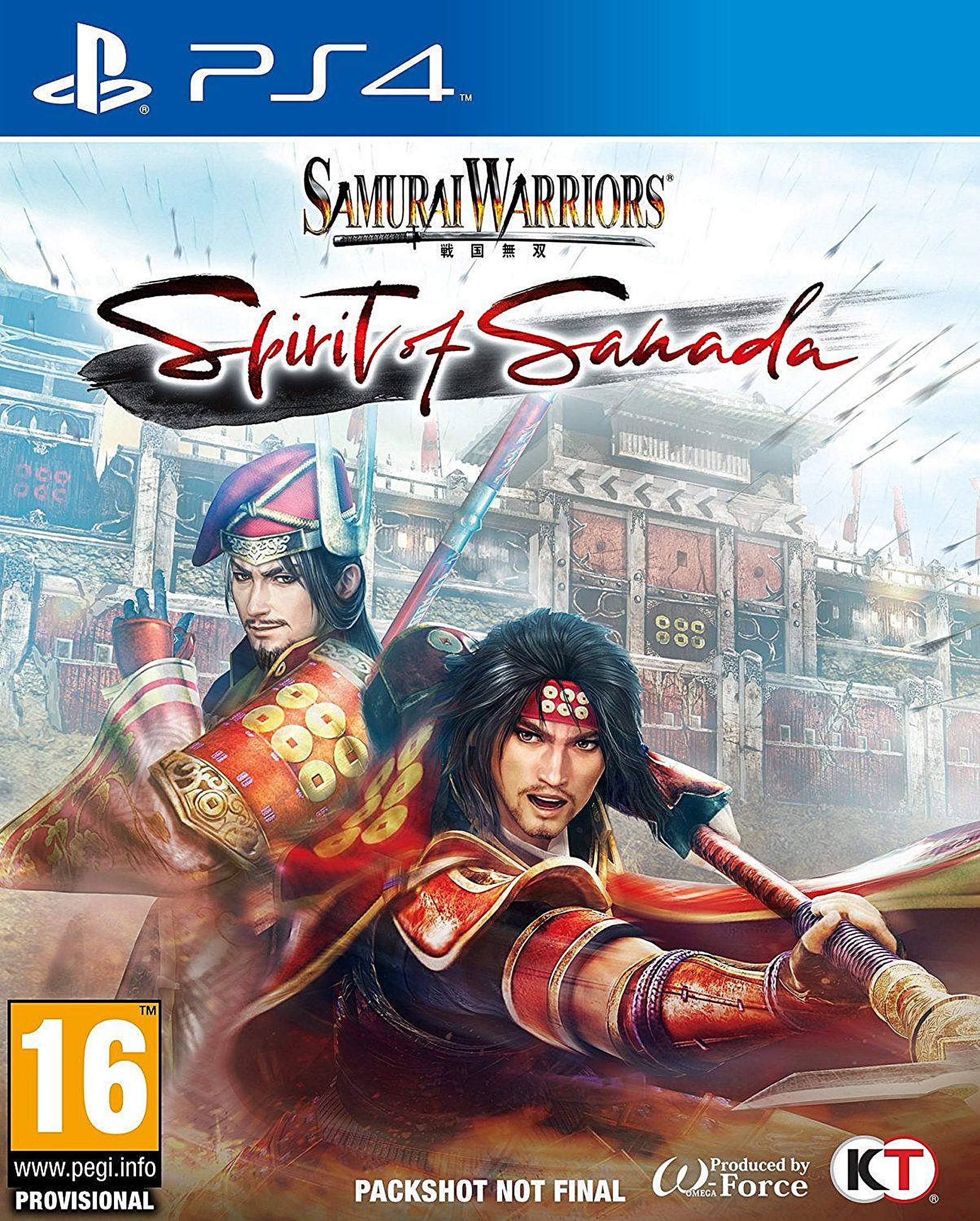