Share All sharing options for: The Long Journey Home review

Review and information for The Long Journey Home

The Long Journey Home is a game of great ambition — an ambition that pulled me in before I realized the limited scope of its mechanics.

If you watch a trailer for The Long Journey Home or read the description on its Steam store page, you’ll get a sense for what this game wants to be: a procedurally generated science-fiction universe; a coherent, emergent sci-fi odyssey that players can shape through diplomacy, craft and skill. It’s a tantalizing idea, and one that got me immediately excited to discover more.

The reality is a lot less appealing than the pitch. The Long Journey Home contains some colorful ideas, but it’s dragged down by an overwhelming dependence on repetitive, discouraging tests of mechanical patience and skill.

The Long Journey Home stylizes itself as a more scientific, literary roguelike. You play as the guiding hand behind an expedition to test humanity's first jump drive. It malfunctions, of course, and deposits you on the other side of the galaxy, around a hundred jumps away from Earth. To get back, you'll have to meet alien races, conquer hostile terrain and upgrade your ship. At least, that's the framing idea.

The vast majority of my time with The Long Journey Home was spent controlling the velocity of a fragile spacecraft as I harvested resources from procedurally generated planets. On the primary star map, gravity is represented as a grid, folding and dipping as planets, moons and stars leave their gravitational indentations. And then there's the shuttle landing minigame, where you have to settle your lander down on a resource while managing approach vector, wind speed and escape velocity.

These are the overwhelmingly primary mechanics of the game. No matter what the page on the Steam store promises about diplomacy, trading and surprise encounters, eighty percent of the actual game is trying not to smash into the ground during these frustrating sequences.

It's extraordinarily difficult to navigate around mountains, planets and meteorites in The Long Journey Home. A small miscalculation of velocity when you're trying to achieve stable orbit, and you bounce off the atmosphere, damaging your ship, injuring your crew and forcing you to try again. Even after over a dozen hours familiarizing myself with the game and its controls, I found myself approaching each new planet three or four times, swinging wide, coming up short, too fast, too shallow.

The lander sequences are even more unforgiving and awkward. I routinely shaved off over half the lander's health just trying to perch it atop the meager resources the planet offers. Generally speaking, I did more damage to my lander trying to collect metal than I could ever repair with the metal harvested. Not to mention that bouncing your lander off the surface will seriously injure your pilot. A simple mistake can cause two or three semi-permanent damage conditions that you'll have to spend precious (and rare) items to repair.

The Long Journey Home is a game dependent on extremely miserly resource management, and any kind of deep progress is only made possible by planning your expeditions with care. The game gives you an impression like you don't have to land on dangerous planets, that you can pick and choose to only make dangerous landings in emergencies, but the math just never added up that way. It can take over five individual metal nodes to fix your ship, and a single mineral resource is almost never enough to allow a system-to-system jump. Being imprecise with velocity and skimming off a planet's atmosphere can give you a 30 percent penalty to filling up your jump drive, which can quickly leave you stranded.

Combat adds a whole new dimension of pain to the experience

So you have to hoover up everything you see to survive. But there are so many serious, long-lasting, deeply impactful penalties for even the simplest of navigation errors in the simplest conditions that it's hard to come out ahead. I routinely quit back to the main menu and reloaded over and over to ensure that I would pull off successful resource runs with minimal damage to my lander. The most intriguing elements of The Long Journey Home are the ones teased as being in the late game: discovering ancient relics, resolving major interstellar conflicts, grand arcs of plot that are only suggested in the early game. But the whole thing is so mechanically punitive, so quick to mire you in the simplest, least engaging mechanics, that actually arriving at those most complex levels seems as distant as Earth itself.

Combat adds a whole new dimension of pain to the experience: Your ship, at least to start, is only capable of firing broadsides. These sequences play out like top-down naval engagements where your puny human vessel, firing and moving as agonizingly slowly as a Spanish galleon, must spar off against alien ships with homing missiles and defensive fighters. After dozens of fights, I still couldn't pin down proper aiming technique. My only workable tactic was to ram the enemy vessel, hook on the geometry of their ship, and fire point-blank. Combat can be expected about once per star system after the first star cluster, with some systems holding a half dozen enemy ships who all ask for Blood or Coin.

The aggressive pace of the combat encounters further gates the narrative content behind a skill wall. There are complicated systems of allegiance with the aliens you meet, and they respond in complex ways to prompts and quests. For example, I accidently showed the leader of a pirate base the head of one of his lieutenants, whose ship I destroyed when they tried to rob me. At first, he screamed at the insult, then immediately offered me a job as a pirate for my bloodthirsty gall. Or consider an over-friendly race who offer helpful items, leaving you to realize too late that the items give your crew an infestation. Narratively speaking, this is engaging. But mechanically, it’s infuriating: insult on top of injury. The excitement of being offered a piracy job is dulled when you consider that it means you have to spend more time with the combat minigame.

I can tell that The Long Journey is a complicated game, but the narrative is the least complex thing about it. That's the fundamental frustration of the game: It's marketed to people exactly like me, sci-fi fans who want a video game that's grounded in the optimism and curiosity of the science fiction novels of yesteryear. Artistically, thematically, the game follows in those footsteps. But don't get the impression that it's a casual game by any means. It's a cruel and finicky physics puzzler. It requires absolute attention be paid to each one of its many mechanical systems, even on the easiest difficulty. It supposes the power of your imagination is enough to make micromanaging the curve and flight velocity of a cursor on a screen exciting.

The Long Journey Home may hold many secrets and wonders, but it's hard to hold on to the promise of them when the game's more likely to break both your legs as soon as you step off the front porch. The promise of a truly narrative-driven roguelike is tantalizing, but this isn’t that game. It's just as tied to your skill with the controller as any bullet hell — more so, really, because you carry the consequences of even the slightest mistake a long ways before finally seeing the game over screen. It promises to be a game about the wonder of unbound space; instead, it’s more about the infuriating heartbreak of high wind speeds in a low gravity environment.

Our review of The Long Journey Home 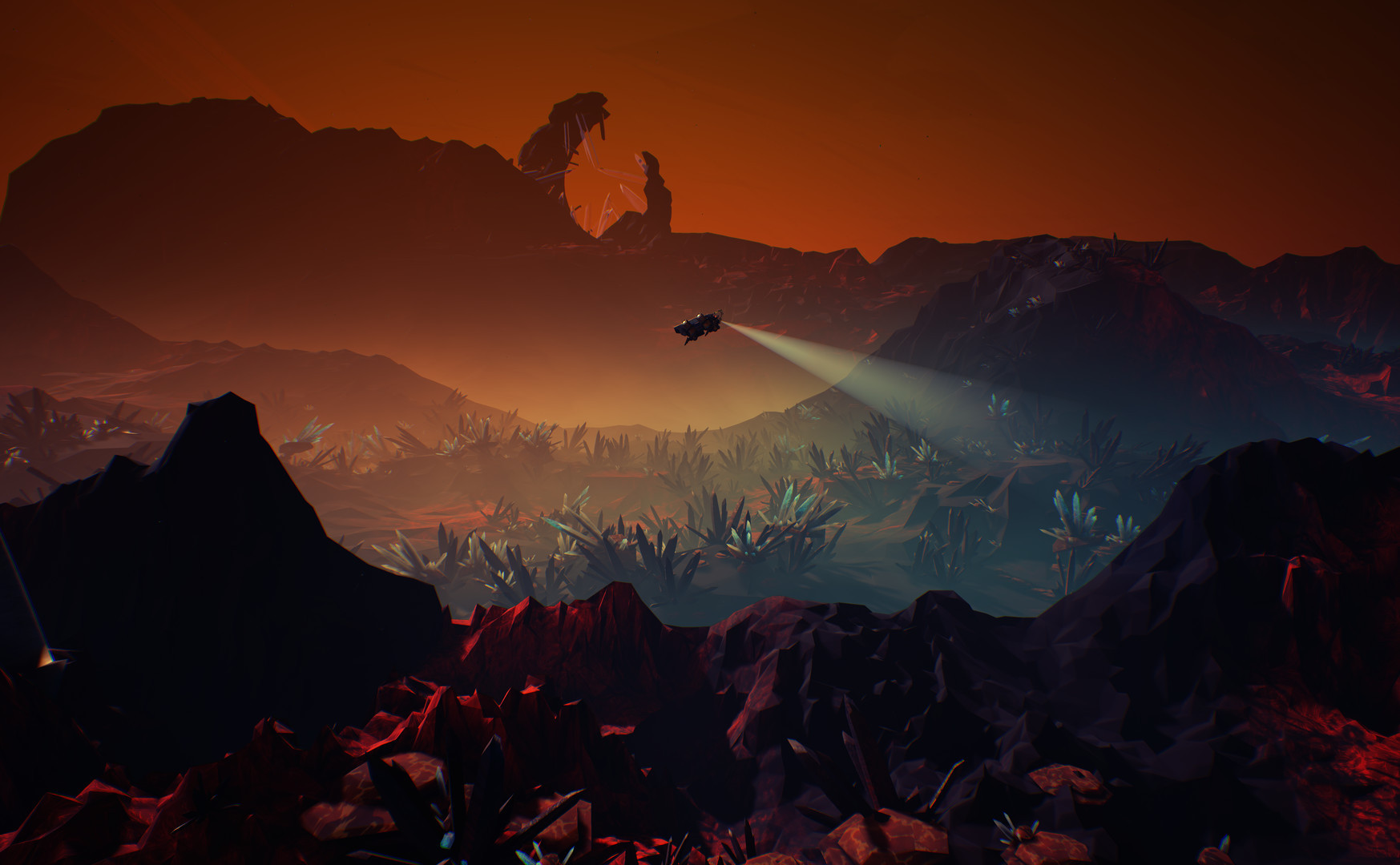