Review and information for Valkyria Revolution

At times, playing Valkyria Revolution is like being dragged face-down through the shattered, jagged remnants of something that was once whole and good.

Valkyria Revolution is the fourth installment in Sega’s Valkyria series, but it’s also a clean break of sorts. Unlike 2008’s Valkyria Chronicles and its sequels, Revolution is well removed from the memorable fantasy-meets-WWII setting.

In general, a lot of what made its predecessors so endearing is absent in Revolution, and what remains doesn’t do the game any favors. Systems better suited to a strategy-heavy game feel shoehorned in, and where character interaction and meaningful storytelling once held their seat at the table, Revolution has little more than an empty chair.

About a hundred years before the events of the first Valkyria game (and on the other side of the continent of Europa) a small country named Jutland is preparing for a revolution. They’ve been struggling with an economic blockade enacted by the Ruzi Empire which dominates the lands to the north. The blockade has forced Jutland into an economic tailspin, and so in order to reclaim their place in Europa they embark on a campaign to push back the Ruzi border and liberate the Ruzi-occupied nations in their path. At the forefront of this war are an elite group of soldiers known as the Vanargand and a cohort of five famous traitors pulling strings behind the scenes.

Although the Valkyria series is known primarily for its strategy elements, Valkyria Revolution is an action RPG through and through. The bulk of nearly any fight is spent running after things and hitting the X button to strike them with mana-charged melee weapons while occasionally employing elemental Ragnite spells, guns or grenades as needed. If this sounds repetitive, it is — and even moreso when done on the same handful of maps with the same handful of objectives, all endlessly repeating in between the story missions which are also generally set on the same handful of maps.

The vestiges of classic Valkyria strategy remain here and there, but for the most part they don’t carry much weight. If anything, they just get in the way. The Action Gauge is there to force a stop-and-start rhythm reminiscent of turn-based combat — except Valkyria Revolution’s combat isn’t really turn based. Characters can move freely as they would in any other action RPG, so their timed access to attacks and abilities ends up feeling more like neverending series of hiccups than any kind of rhythm or flow.

This isn’t the only reason combat feels terrible in this game, though. Fighting an airborne boss when you can only aim ranged attacks at about a sixty degree angle overhead doesn’t feel great either. Players can command other characters in their party, but it’s almost invariably faster and more effective just to swap to controlling that character to complete the desired action. There’s cover and the absolute vaguest sort of stealth mechanics, but the controls to take advantage of them are fickle. The same button will crouch you behind something as will vault you over it, but the contextual actions that change which one will occur are somehow both finicky and unresponsive. I don’t love coming to nearly a dead stop ahead of a piece of cover only to soar over it, or watching my character run in place up against the low barrier blocking a narrow path while I’m mashing R1 and getting shot at.

The only strategic aspect that doesn’t fall apart under scrutiny are each characters’ Potentials. These are essentially buffs and debuffs that trigger under different circumstances. Some characters perform better when they’re fighting solo, while others perform best when paired off. Some have allergies that affect their skills in grassy areas, while others have natural aptitudes for guns or magic worth taking advantage of. Potentials can evolve as more side-stories and social circles are unlocked, and are particularly useful when paired with the many tactics that can be slotted in to define a character’s priorities when the AI is at the helm.

But frankly there are a lot of things about Valkyria Revolution that fall apart under closer scrutiny, and even its most beautiful and cohesive portions quickly wear out their welcome.

Valkyria Revolution’s story itself is told within the frame of a teacher and student discussing the largely unknown truth behind Jutland’s revolution a century after it takes place. Sunlight streams through trees, moss and ivy cover somber headstones with shocks of life. Leather bound books sit open in laps with passages underlined and notes scrawled in margins. The presentation in these sections is immediately and powerfully gorgeous.

The problem is that Valkyria Revolution drags the player back out into this frame constantly, and often for no clear reason. More than once I would turn back to the teacher and have her continue her story, just long enough to watch two cutscenes in the war-torn past before I was bumped back out to the peaceful forest glade again. Nothing new had been unlocked, and the only option to progress was to ask the teacher once again to continue, to drop once again into the past, to once again watch a string of cutscenes.

And there are a lot of cutscenes. And loads between those cutscenes,. And loads in the middle of those cutscenes. These were not short loads. It felt like most of my time with Valkyria Revolution was spent watching either cutscenes or the little loading icon pulsing in the lower right corner.

On a purely technical level, Valkyria Revolution’s more cinematic moments look and feel awful. Oddly harsh cuts and framing as well as poorly timed dialogue and animation cues give many of its cutscenes a patched-together, amateurish quality. Characters move rigidly and wield weapons weightlessly in these scenes, and their faces animate and emote with all the detail and complexity of a cheap puppet.

At least puppets have giant mouths or move their bodies while they talk, making them easy to follow. In Valkyria Revolution, mouths are so small and animation so minimal that in larger group scenes or moments where individuals aren’t facing the camera it can be hard to follow who’s actually talking. It’s just a table full of dolls frozen and staring at each other while a disembodied voice assures the room and the player that war is totally bad, for real.

Which brings me to this: The subpar animation, the loading, the deeply awkward implementation of its narrative frame — I could look past it all if Valkyria Revolution’s story wasn’t told so shallowly.

Every character in this game loves to talk about how war is bad. They love to talk about how people suffer. But none of this ever amounts to a compelling emotional dilemma. There aren’t any tough calls. We’re introduced to the Vanargand as they discuss an old woman who died because an economic blockade had kept her from getting the medicine she needed. The game’s brooding blank slate of a lead, Amleth, is one of a group of orphans whose orphanage was burned down by the enemy emperor. The story constantly tries to present the idea that the war is unfounded, but then thoroughly and decisively founds it at every turn. It tries to pin scandal on those who push for conflict, but only ever paints them as tragic heroes and their enemies as blackhearted and evil scum. This story is told as if there is a real subtlety or internal conflict within Valkyria Revolution, but there isn’t. The same tired lines repeat over and over.

And on those exceedingly rare occasions when it does finally nod to any tangible consequences, Valkyria Revolution undermines them immediately. Upon reading a particularly tragic newspaper headline (the details of which I won’t spoil, but suffice it to say it’s incredibly significant to the story) Amleth exclaims “Nice” just the same as he does after reading a positive one.

None of this is helped by the fact that Amleth himself is the equivalent of a tennis ball on a stick — a nondescript focal point for other slightly more interesting, slightly more developed characters to interact with.

Putting aside the lackadaisical handling of its largest theme, Valkyria Revolution’s smaller moments are about as uninspiring as it gets. In most scenes the party characters are written less like a squad of soldiers who work closely together and more like a list of checkboxes with a line quota to reach. Everyone has to say their piece, everyone has to take their turn, even if what they’re saying is the absolute definition of filler. The more intimate interactions meant to showcase the characters and their relationships in particular feel far less forced, but every single one of them goes on about twice as long as it should, sucking a lot of the energy and character developing “oomph” out by the time they finally fade out.

As if to salt that specific wound, none of the dialogue in the game’s cutscenes can be buttoned through. The only choices are to skip the entire thing or savor every poorly directed second of it.

Valkyria Revolution is a fractured mess

The true misery of Valkyria Revolution is how much of the series’ roots show through, and how much Revolution itself doesn’t know what to do with them. The qualities that defined earlier Valkyria games are mostly vestigial, but Revolution doesn't present anything strong enough or distinct enough to replace them. What it does do often directly conflicts with those legacy bulletpoints, making a game that feels like a bland timesink at its best and a fractured mess at its worst.

Our review of Valkyria Revolution 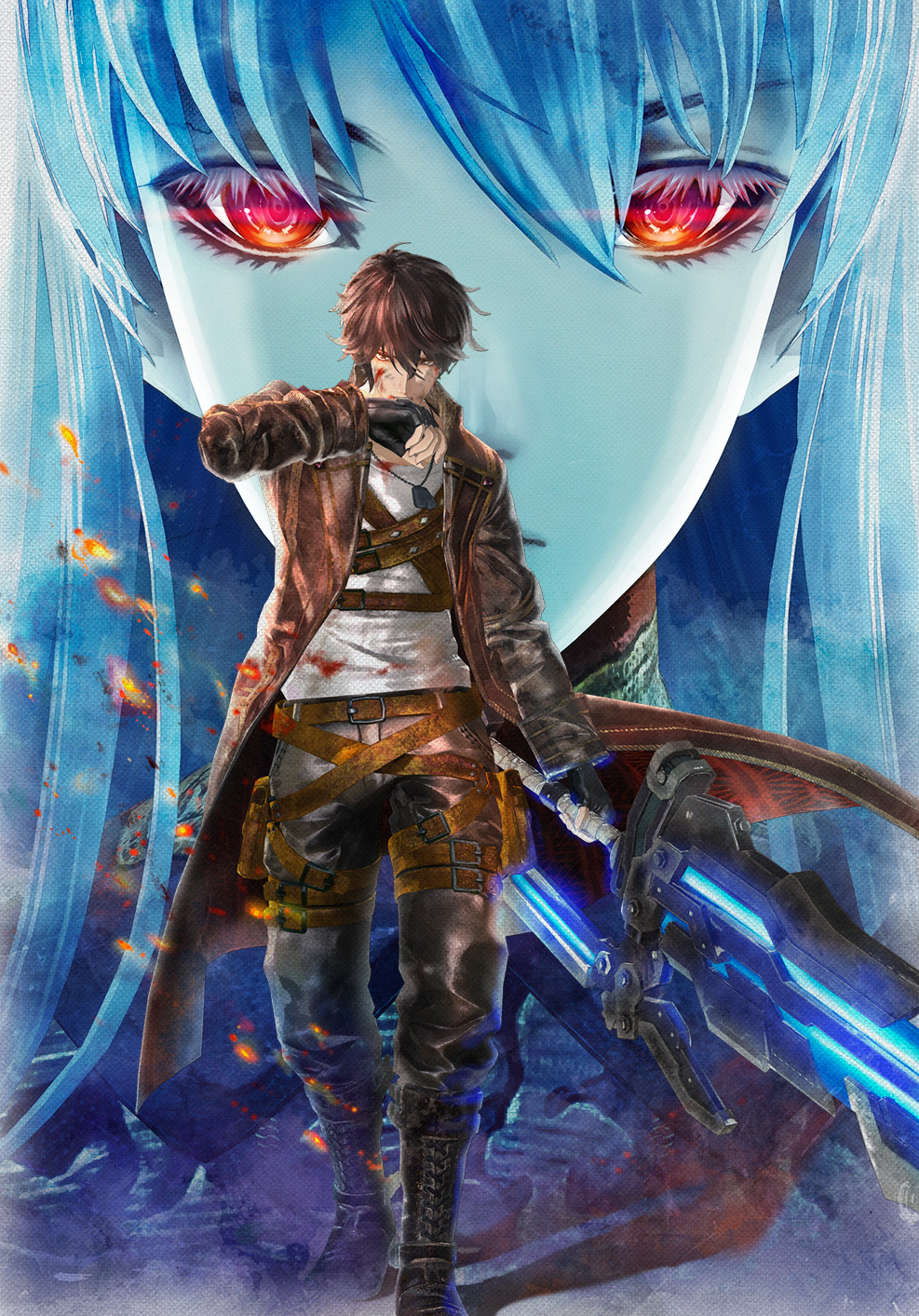