XCOM 2: War of the Chosen review

The reinvention of an already fantastic game

Share All sharing options for: XCOM 2: War of the Chosen review

Review and information for XCOM 2: War of the Chosen

It was around the 20-hour mark that I realized I had been playing XCOM 2: War of the Chosen completely wrong.

You see, when you’re playing a game for review there’s an urge to see everything. Not in a completionist sort of way, mind you. But you want to make sure that you follow the game around all its twists and turns, scooping all of those nutty experiences out of the bottom of the jar. So in reviewing XCOM 2 two years ago, I resorted to save-scumming — meticulously saving my game before every battle and painstakingly retracing my steps when something went wrong on a mission.

Not only is that the wrong way to play War of the Chosen, but it very nearly spoiled the game for me. That’s because this time around the team at Firaxis is leaning into the pain and the hardship inherent in its game.

I’m not saying that waging a guerrilla war against a superior foe from the bowels of a beat-up old airship was easy the first time around. But War of the Chosen has transformed XCOM 2 into a taut, nearly roguelike experience. It’s simply not the same game anymore.

In War of the Chosen, death is not the end. I know that now, and that’s why I’m starting over from the beginning.

War of the Chosen is effectively a total conversion for XCOM 2, but the core of the original game is still there. This is clear from the opening cinematic, which leads into the game’s original opening CGI sequence and tutorial battle. What Firaxis has done is grafted a number of key additions onto an already excellent experience. The DLC fully delivers on its promise with new mechanics to learn, new factions to befriend and deadly new enemies to fight against.

There are the Reapers, a friendly group of ranged fighters that are focused on stealth. The starting character, Elena Dragunova, comes equipped with a scoped carbine. She’s just as deadly as any Sharpshooter and stealthier by half. She’s able to take one or more actions, including shooting at and killing aliens, before she leaves concealment. Out of the box, she is instantly the best recon fighter that XCOM has ever had. And that’s before you get to level her up and gain new powers over time.

War of the Chosen boasts performances from no fewer than five members of the original cast of Star Trek: The Next Generation.

Another new face is Pratal Mox. He’s the first member of the friendly Skirmisher faction that you’ll meet. The Skirmishers are genetically engineered humans, members of the Advent military that have defected and thrown in their lot with XCOM. Mox has a grapple that he can use to reach high places, or to pull enemies toward him for a vicious melee strike. His bullpup rifle is also able to fire twice in one round, making him a nimble flanker.

Over and above these new factions, where War of the Chosen excels is in bringing characters to the fore. Dragunova is voiced by Marina Sirtis, who played Counsellor Troi on Star Trek: The Next Generation. Performing Mox is Michael Dorn, who played Lieutenant Commander Worf. In fact, War of the Chosen boasts performances from no fewer than five members of the original cast of TNG, including Jonathan Frakes (Commander William T. Riker), John de Lancie (Q) and Denise Crosby (Security Chief Tasha Yar).

This isn’t just a sentimental reunion for reunion’s sake. All of the actors do an excellent job of pushing the storyline forward.

The original XCOM 2 was a sort of race against the clock to prevent the Advent project from getting off the ground. But, truth be told, it never felt like all that much of a threat. Sure, the Avatar project’s progress meter would move along every once in awhile, but it didn’t feel like anything was really happening when it did.

This time, sitting on your heels is simply not an option. Every mission is important, and every mission has the risk of being especially deadly thanks to the Chosen.

In the Alien Hunters DLC, Firaxis dreamed up a set of powerful boss aliens that would harass players across multiple missions. In War of the Chosen, they’ve amped that idea up a notch by borrowing from Middle-earth: Shadow of Mordor’s Nemesis system.

As you do battle against the Chosen, their skills improve, making them more and more dangerous over time. The result is that there are now four different timers ticking down, one for the Avatar project and one for each of the Chosen left alive. They are as aggressive as they are cunning; I have absolutely grown to hate them, and that’s something that I love.

War of the Chosen also introduces Bonds. When XCOM operatives go on missions together they grow closer, and formal Bonds allow them to grant each other perks during a mission. Of course, should a bondmate die or get captured (which is also a thing that can happen now, necessitating rescue missions), the survivor will receive an emotional scar that will decrease their combat effectiveness in the future.

As if that weren’t enough, there’s also a new enemy type: the Lost, a zombie-like race of mutated humans that crop up in certain areas around the map. Some missions focus on the Lost, with Left 4 Dead-style last-ditch standoffs and running gun battles through the streets. At other times, the Lost just get tossed into the mix randomly. You’ll be trying to destroy an objective as quietly as possible to keep them from streaming onto the map, where they cause chaos by attacking Advent and XCOM forces alike.

All of these factors — the new factions, the excellent voice acting, the soldier Bonds, the Lost and the new and dynamic mission types — combine to create more drama than ever before.

But you won’t see that drama if you coddle your soldiers with save-scumming, like I did. This time around, the game’s Iron Man mode — which literally prevents you from saving the game on your own — is absolutely necessary. It’s the only way to be sure that there’s the opportunity to lose the game.

I call it an opportunity because in XCOM 2: War of the Chosen, fighting a losing battle might be just as much fun as fighting and winning. It will hurt, and my favorite soldiers will die. But when I’m done I’ll have a much, much more interesting story to tell.

After nearly 40 hours with XCOM 2: War of the Chosen, I’m ready to say it: This is the best XCOM ever made.

In addition to the new characters that you meet, Firaxis has succeeded in smoothing out the game’s notorious difficulty spikes, frustrations that are a holdover from 2012’s original XCOM: Enemy Unknown. There’s one early on, as your scientists work feverishly to outfit your soldiers with new weapons, and there’s another later on when the Chrysalids first appear.

On either side of these events, both XCOM and XCOM 2 can drag. Your soldiers can become too weak to press on, leading to a series of total party kills. The very next mission they can feel overpowered, steamrolling through waves of Advent grunts. But this time around Firaxis has gotten it just right thanks to a few clever additions.

First, there are a handful of new enemy units. The Spectre is a weaponized collection of nanobots, and shares some of the same skills as the Sectoid and the Codex. It’s stealthy, well-armored and able to take control of one of your soldiers. The Advent Purifier is armed with a flamethrower, and splits the difference between your average Advent grunt and a close-quarters Advent Stun Lancer. Finally the Advent Priest acts like a leader unit, but also buffs allies similarly to the Advent Shieldbearer. These three units combined give the game much more tactical depth, adding a lot of interesting nuance to those early battles.

Second, there is the new ability point system. Individual XCOM soldiers earn ability points in-game for doing things by the book, like flanking an enemy or killing them from higher ground. XCOM itself earns points as well. These points are then spent in the middle and late game for new and unusual abilities that reach outside the game’s traditional skill trees.

Making things even more interesting, every soldier earns skill points at a different rate. Some are geniuses, and accrue them at a staggering pace. These new abilities will help you make super soldiers: organically created hero characters that rival the named members of the Skirmisher and Reaper factions, and even the psionic Templars that you’ll meet later in the game.

XCOM 2: War of the Chosen doesn’t simply gift you a set of heroes and send you on your way. It gives you the tools to create your own.

XCOM 2: War of the Chosen is the definitive XCOM experience

XCOM 2: War of the Chosen combines the rock-solid strategy core that the series has always been known for with a bundle of great quality-of-life improvements — the ability to preview possible targets ahead of your movement action, improved load times and more voice-over than ever before. It’s an experience that’s unmatched in the tactical strategy genre and, indeed, in the past games of this very series. I can say with confidence that XCOM 2: War of the Chosen is the definitive XCOM experience.

XCOM 2: War of the Chosen landed on consoles this month, with a version available for the Xbox One and the PlayStation 4. After spending time with both, it’s clear that they are inferior to the product that was released for PC.

Bear in mind that the gameplay is identical, and that gameplay is superb. But the ports perform poorly on Microsoft and Sony devices alike.

How poorly? Dropped frames are common in these console ports. War of the Chosen is reduced to a slideshow at times, both during gameplay and cutscenes. The screen tearing I witnessed was unexpected and, frankly, difficult to watch. The load times between missions was also a major let down, as it regularly exceeded a full minute.

While War of the Chosen is an excellent game, we simply can’t recommend it on consoles at this time. Its failures make an already long game longer, and detract from Firaxis’ exceptional work.

Our review of XCOM 2: War of the Chosen 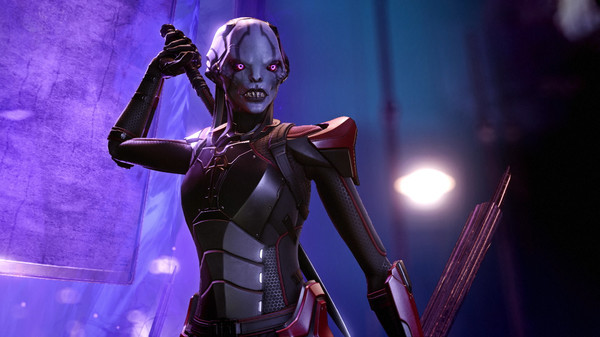