Review and information for Songbringer

Getting through Songbringer takes patience, perseverance and ideally a handful of hallucinogenic drugs.

Developed by Wizard Fu and originally funded through Kickstarter in 2015, Songbringer has a crystal-clear elevator pitch: It's a Legend of Zelda-style top-down action game with procedurally generated worlds. Game worlds are created based on six-letter words entered at the start of play, making for millions of possible variations on world layout and the secrets and challenges held within. For extra difficulty, it's got the option of the roguelike staple, permadeath. It's grimey, pulpy, psychedelic sci-fi with a retro-cool pixel aesthetic and a wry attitude, where the hero never wears a shirt and the healing items are hallucinogenic cactuses.

Songbringer absolutely delivers on its promises. It's a cool, fun action game that I literally could play nigh-infinitely and never have the same experience twice. But beneath its trippy hack-and-slash premise, I didn't find enough to inspire me to play it more than twice, let alone millions of times.

The worlds of Songbringer look and sound completely cool. If the game wasn't done in a Sword and Sworcery-esque pixel style, it'd be a Boris Vallejo 70s sci-fi illustration, all full of glistening muscles, weird jungle vines, luminous orbs and space tigers. The game's hero, proud owner of the ridiculous name Roq Epimetheos, is part of an exploratory team on the titular spaceship Songbringer, and he crash lands on the wild planet of Ezkera so hard, it knocks his shirt clean off. The storyline of Songbringer is neither deep nor plentiful, but what is there is fun and not very serious, with ship navigator characters named Rosenbow and Gildenstern, and Roq spitting out quips and asides, like how a scenic waterfall makes him need to pee.

The story of Songbringer is one of the few things that stays constant through all the different world possibilities. My first six-letter world seed word was POTATO — I was hungry when I started the game — and it created a wet, swampy world with monster-thick dungeons and shops low on good healing and crafting items. My second world, GHOSTS, was a different story, with a drier landscape and a seemingly thinner spread of enemies. I couldn't fully tell if my second world was actually easier than my first — practice may have simply led to me being better at playing the game — but dungeons seemed less complicated and easier to speed through. And, most importantly, I could buy an item that refilled all of my energy at one of the shops, an option that had been cruelly absent in my POTATO run.

I was completely unable to defeat the final boss in POTATO because of that shortage of healing items. The hallucinogenic cactuses available for purchase or as random monster loot drops only restore a small unit of health, while also making the screen fill with trippy — and slightly distracting — visuals. I just couldn't chomp cactuses fast enough to survive the final boss' attacks, even through dozens of tries.

The bosses in Songbringer are one of the other constants in the otherwise randomized world. While I also died a lot in my attempts in my GHOSTS run — Songbringer has a very solid and enjoyably challenging difficulty curve, seemingly regardless of world seed — I had better luck in general because I could heal quicker, and had taken less of a pounding from enemies on the way there.

Songbringer isn't just endless combat, however. The overworld and the dungeons both have the potential for puzzles, though none of them are very complex. Finding the right torches to light to reveal a new path or discover a new item made for a nice bit of variety in all the battling.

The puzzles are at their most interesting when they get a little more spiritual. Eating those psychedelic cactuses in the right locations can reveal hidden doors or weak spots to be bombed open. Partway through his journey, Roq also gains the ability to meditate. Most of the time, this ability is just a way to slowly recover some health in an area that's been cleared of monsters, but sometimes, in the right place, chilling out for a few seconds makes rocks and orbs glow purple and reveal extra snippets of storyline or secret items. It was nice to break up fighting goat demons and tiny purple elephants by searching for which parts of the landscape hid something more.

I could have used more of those breaks, really. The combat in Songbringer is fairly simplistic, with little variety in weapons and items — or, at least, not much that was available to me in my runs through the game. There's an option for crafting; for example, you can combine a lightning cube with your sword to get a lightning sword, an ice cube with your shield for an ice shield, and so forth. But I just never stumbled across many of the necessary items for crafting, making that whole system feel superfluous. The random element of Songbringer works against it here, potentially removing things from any individual run that could make the game more interesting.

I did at one point find a barrel of lutefisk, and that was certainly interesting, but hell if I ever figured out what I was supposed to do with it.

I could have spent countless playthroughs trying to find the perfect six-letter word that would unlock the most satisfying balance of challenging combat, interesting puzzles and useful items, but the sheer possibilities are just too daunting. This is where Songbringer will no doubt benefit from having a community to support it; the game's official website has a wiki waiting to be filled out and leaderboards waiting to be full of competition.

Songbringer is a game where playing it more than once is the point; it’s what justifies the game’s whole existence. But each time I fed in a new world seed word, I found myself enjoying the game less. The generated worlds are an interesting gimmick, but they spread Songbringer’s shallow mechanics too thin. The game provides nearly limitless worlds to explore, but it didn’t give me much motivation to keep at it beyond those first couple runs. 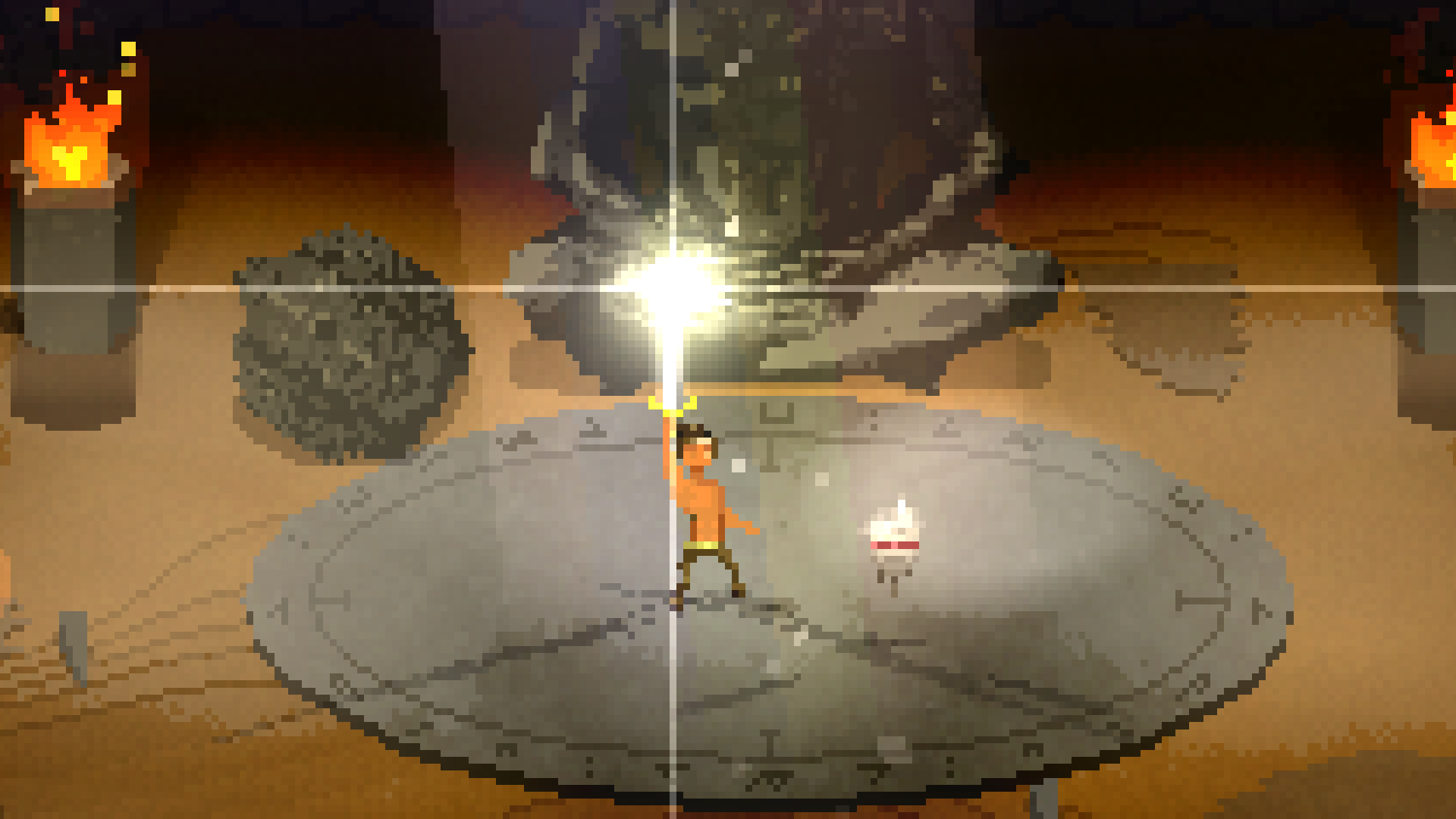