Review and information for NHL 18

The 2017 NHL Stanley Cup Finals was pure hockey, a classic six-game Stanley Cup series, rejecting the long-standing cliche of a black-eyed but smiling player missing a front tooth. Every moment of the series was about skill. NHL 18 follows suit.

Key to NHL 18 is an evolution of the skill stick, an impossibly clever means of playing digital hockey even a decade after its inception. The right analog stick mirrors a digital player’s actual stick, and to a striking degree. On defense, hold down RB/R1, swing the right analog stick around, and the sweeping motion and/or placement can block a puck or turn away an opposing player. It works, and when in conjunction with the fluidity afforded to this EA series, it feels right and natural.

EA’s NHL series remains the best of the publisher’s sports franchises in terms of its simulation, even as its slow pace of growth becomes increasingly hard to ignore. FIFA’s authenticity fluctuates, Madden plays safe, and NBA Live comes and goes. NHL stays consistent. Frustrating as off-the-puck AI can be (players too frequently seem blind when the puck is loose), in motion, it’s hockey bliss. It’s also apparent that a lack of updates and changes year-over-year is beginning to stagnate things. NHL 18’s revisions in the back end, offering the means to play this sim, are barely apparent.

Peeking through the “What’s New” menu, NHL 18 looks awfully lean. At the front of the menu is a training mode as produced by Team Canada. Live action tutorials recall the Sega CD, but in HD with greater production values (including drone fly-bys of the ice). Basic training explains the core gameplay to all skill levels, although when trying to illustrate revamped trick play systems, the lack of visual or text feedback with failure is frustrating.

When working, NHL 18’s between-the-legs jukes and goal scoring showmanship upgrade the feel of playing offense. Unlike similar past offensive boosts — the limitless one-timers of NHL ’94 or the spin move in NHL 96 — these skill stick moves require finesse and attention. The end result is a sharp, well-considered gameplay system. Trying to be an on-ice showman is grounds for an offensive catastrophe, as in real hockey, staying true to NHL 18’s simulation goals. These moves cannot work as catch-alls, but rather operate situationally. Puck and defender locations matter when determining which trick play to use, as does the proper set up in the offensive zone. Actually scoring on a trick play? Pure satisfaction, making the skill stick live up to its name.

If proper goal scoring tactics and bothersome referees dishing out penalties grows old, a new 3-on-3 mode, NHL Threes, brings out NHL 18’s arcade side. Games flow fast in this mode, with harder hits, freedom from penalties, a shrunken rink, more open ice and face-offs only between periods. Fireworks erupt from the boards when a goal is scored, a gloriously excessive touch that reminded me of EA Big, the publisher’s now-defunct more audacious sports label. Threes isn’t a good fit for NHL 18’s stick-based controls, but the two-button scheme from NHL ’94 remains selectable for Threes (or any other play mode). The accessible and simplified controls match the frantic pace of Threes.

Threes is splashy fun, out of step with the series’ dedication to simulation style play. Surprisingly, it’s also thick in terms of features for a side mode. A belting PA announcer spouts off buzzwords in a mimic of NBA Jam’s Tim Kitzrow, unlockables stream in regularly, mascots join in to play, and special stadiums add a unique vibe. There’s more than enough to give Threes its own identity. The heavier hits capture burly NHL hockey — with far more honesty to the sport than Madden does with NFL football — in the vein of the classic Avalanche/Red Wings rivalry.

Threes has its own identity

Threes adds needed life, while the rest of NHL 18 passes by without additions. The presentation, slipping away from EA Canada in recent years, continues to slide. Between-period interludes offer nothing — no highlights, no replays, just a menu. Shots of the crowd replay the same six or so scenes. Between-play bits cut away quickly. Natural commentary from Mike Emrick and Eddie Olczyk weaves in the NHL on NBC production package, but even this bit has started to feel thin after a few years of repetitive exposure.

If there’s an escape from the presentation’s repetition, it’s Be a Pro, the single player career. The only sounds come from sliding skates and slapshots, as if live on the ice; there’s no Emrick or Olczyk to fill in blank space. However, even in its best moments, Be a Pro feels outmoded in the era of sports game narratives -— see Madden 18’s largely successful “Longshot” campaign. Given EA Vancouver’s lack of adjustments here too, it’s as if Be a Pro is being pushed away toward irrelevance. If not a full storyline, NHL 19 at least needs to boost this mode in some way if it’s going to feel necessary.

It’s not as if the possibility of playing for a new team is enough. This being a league expansion year with the Vegas Golden Knights creates opportunity for fantasy draft fans and appropriate tweaks to accompany the new team. If the Golden Knights don’t fit your style, it’s possible to bring in your own custom team. Outside of menu UI, underlying systems powering Franchise appear untouched after the addition of minor league squads in NHL 17 (an addition carried over to NHL 18).

Ultimate Team is equally unchanged, which means it’s still impossible for me to see it as anything other than a cash grab. Mixing the catchiness of sports card collecting with the widening appeal of fantasy sports, unlocked players tackle various in-game challenges to upgrade skill sets or unlock better NHL stars.

It’s slow progress each year, beginning with a low-rank squad, gaining meager XP, then opening packs, hoping for a better player to add to your roster. Any work (or money spent) to build a team in NHL 17 doesn’t carry over into 18. It is, of course, possible to push forward without splurging on $100 worth of in-game currency, but it’s a painfully sluggish process. Couple this with online play, where your competition likely has spent money to boost themselves ahead, and the urgency to spend real-world cash only grows.

Although EA Vancouver planned a three-year rejuvenation of its hockey series, NHL 18 seems like it’s on the downside of generational sports games. While Threes adds some zest and significant features, that’s the only notable addition to the game. When the introduction menu pops up and “What’s New” offers only three choices (one being a tutorial), 2017 is not a good year. NHL 18 is (as always for this series) more than competent, but for the first time in a while, it’s a “wait for next year” revision.

NHL 18 was reviewed using a retail Xbox One copy provided by Electronic Arts. You can find additional information about Polygon’s ethics policy here.

Our review of NHL 18 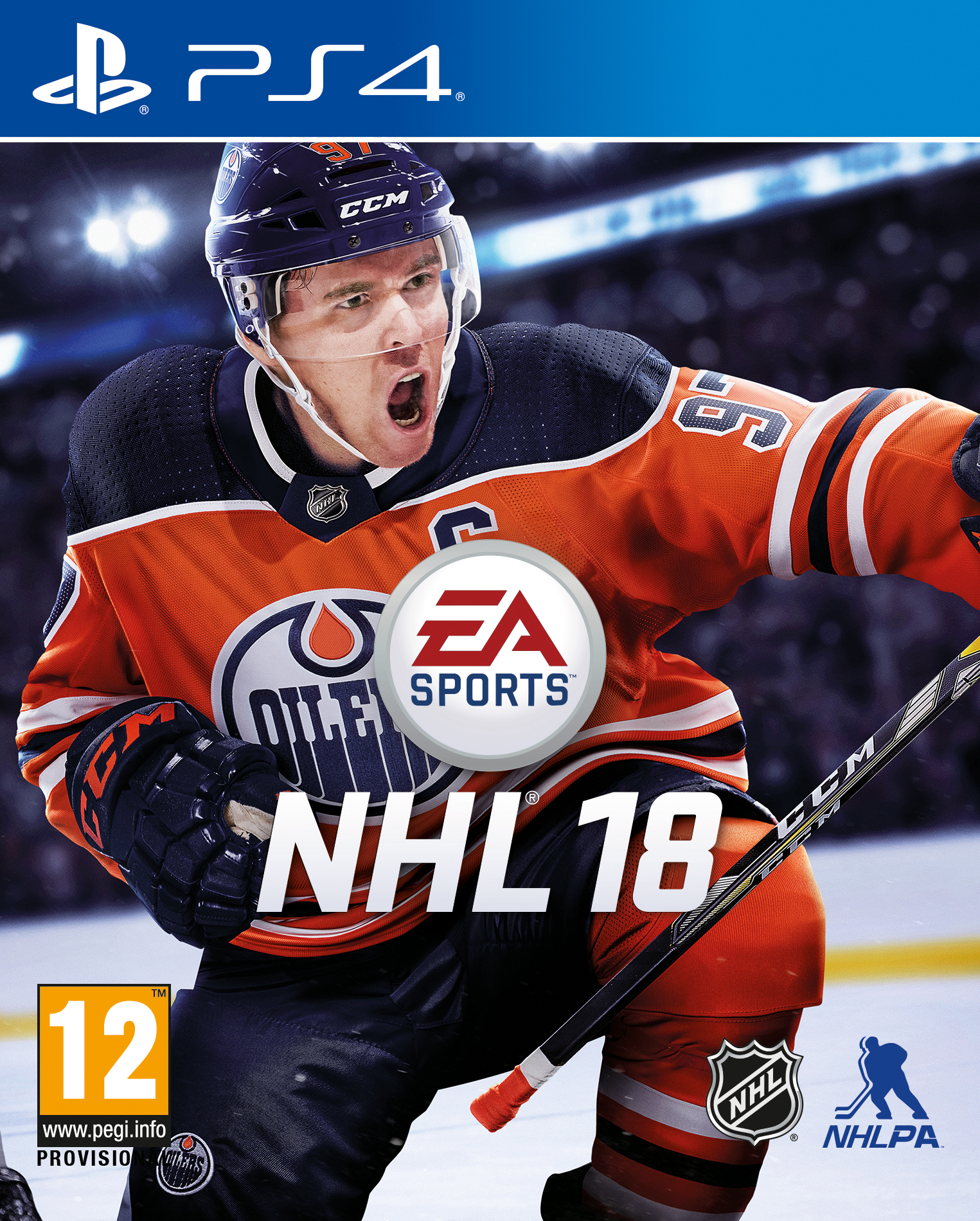