Dishonored: Death of the Outsider review

Stealth and mayhem return in Arkane’s lovely world of grime

Share All sharing options for: Dishonored: Death of the Outsider review

Review and information for Dishonored: Death of the Outsider

Billie Lurk wins a promotion in Dishonored: Death of the Outsider, a solid, standalone Dishonored game. She's elevated from sob-story side-kick to protagonist. It's one hell of a jump up for the street urchin who once dreamed of being a ship's captain.

For the last game in the current series, Daud's one-time apprentice assassin is tasked with the murder of the Outsider who is, to all intents and purposes, a god among men and magicians.

It's an intriguing proposition, given how much influence the Outsider has exerted on the various villains and heroes who have strutted this series, since it first wowed us five years ago. But Lurk cuts an admirable figure even against this outsized opponent. Whether she's slashing throats or sneaking past guards, she's strictly business, a perfect foil for her dandyish, philosophising mark.

The only time Lurk really wanders into the realm of metaphysical self-analysis is when she's confronted with the perplexing problems of the Void and the Outsider, whose mysterious ways include offering her a helping hand in the planning of his own demise.

But she understands revenge, and that's good enough for her. I like her.

Aided by an ailing Daud, she sets off into the sunny streets and the murky sewers of Karnaca — the setting for last year's Dishonored 2 — to do pretty much everything Dishonored-esque.

Lurk sneaks past people in order to capture useful things. She incapacitates or murders guards if they get in the way. She solves find-and-fetch problems to advance her story. She performs magical tricks that help her slip past assailants. All this is executed with practised aplomb by developer Arkane, even if it all feels slightly rote.

Like Arya Stark, she steals the faces of other people

Those magical abilities are very slightly different than those I've played before. Lurk can transport herself short distances, which is a Dishonored standard, though with the additional benefit of landing inside the bodies of enemies, and exploding them from within. It makes a bit of a mess.

She can also send her mind ranging away from her body, to scout out rooms and areas. Arkane makes much use of this trick, in terms of finding hidden loot and solving essential physical puzzles.

Finally, she also steal the faces of people for short periods of time — Arya Stark-style — allowing her to stroll past posses of guards, so long as no-one discovers the bodies of her victims.

This is a fun maneuver, but fraught with downsides. Dogs are not so easily tricked as humans, and everyone who has ever played a Dishonored game knows that dogs are a giant pain in the arse.

Dishonored games have always been about movement, which is also the fundamental spirit of Death of the Outsider's puzzles. They generally involve looking for stuff. There is no shifting boxes and hardly any completing contraptions or recognizing patterns. Lurk's non-combat powers are essentially all about getting from A to B.

This limits the variety of set-piece puzzles. The most elaborate ones asked me to think hard about the potential of Lurk's magic tricks. They were rare, but satisfying.

But Dishonored has always provided me with a huge macro-puzzle, rather than lots of little ones strung along like beads. The world can often be traversed different ways. More than this, it invites me to try different strategies at every turn. Sometimes I understand that the designers have set me up to do something specific, but more often, I feel like I have options.

These options have a hierarchy. It is possible to kill everyone you come across. And although that isn't easy, it's nowhere near as difficult as not killing people. This, in turn, is a breeze compared to avoiding detection completely.

In Dishonored, completing the game by killing everyone feels like a failure. Or, at the very least, it feels like a practice run for doing it properly. The entire game is about half the length of a “full” Dishonored, coming in at around 20-ish hours, depending on how you play.

Then there's the world itself, the true star of all Dishonored games. It is a quasi-Dickensian riot of decay and opulence. Taken together, it tells a story of a civilization threatened by its own weary systems and by forces it cannot grasp.

The world's artfulness extends to its architecture, which offers a baffling array of rooms-within-rooms, corridors-to-nowhere and looping causeways. Much of this game takes place in enormous structures, crammed with useless, abandoned stuff, a gorgeously maddening playpen.

I can only succeed in Dishonored: Death of the Outsider by keeping my eyes peeled, and so I spend a good deal of time tracking back and re-examining dials, paintings, statues, levers and such. Failure to notice the right thing can lead to long periods mooching around, feeling like a fool.

In a way, this is like a kinetic, three-dimensional Where's Waldo, in which I'm invited to pay very close attention to my surroundings. Dishonored games succeed because those surroundings aren't just window dressing; they're also stories.

Yet for all its color and vibrancy, Death of the Outsider is much the same as the Dishonored games I've played before. It has a familiar, comfortable feel about it, which tears slightly at the series' initial and startling originality.

The combat, the puzzles, the world and the characters are all enjoyable, but they're nothing new. There's something slightly exhausted about Death of the Outsider.

It's like returning to a fondly-recalled vacation spot and having a nice time, but not as nice as you remember. We've been here before, and perhaps it's a good thing that we won't be coming back again.

For all its vibrancy, Death of the Outsider is much the same as other Dishonored games.

Death of the Outsider offers a standard take on the Dishonored formula, tracking closely to its admirable ethos of freedom and choice in a world of subtleties and illusions. It's a decent finale with a solid central character. But it makes little attempt to try anything new, a sign that all the best ideas are likely going into whatever comes next.

If and when Dishonored returns, it will be in a different era and with new characters. I hope Arkane is as bold with its next work, as it was with the original game.

Dishonored: Death of the Outsider was reviewed using a pre-release “final” Steam code provided by Bethesda. You can find additional information about Polygon’s ethics policy here.

Our review of Dishonored: Death of the Outsider 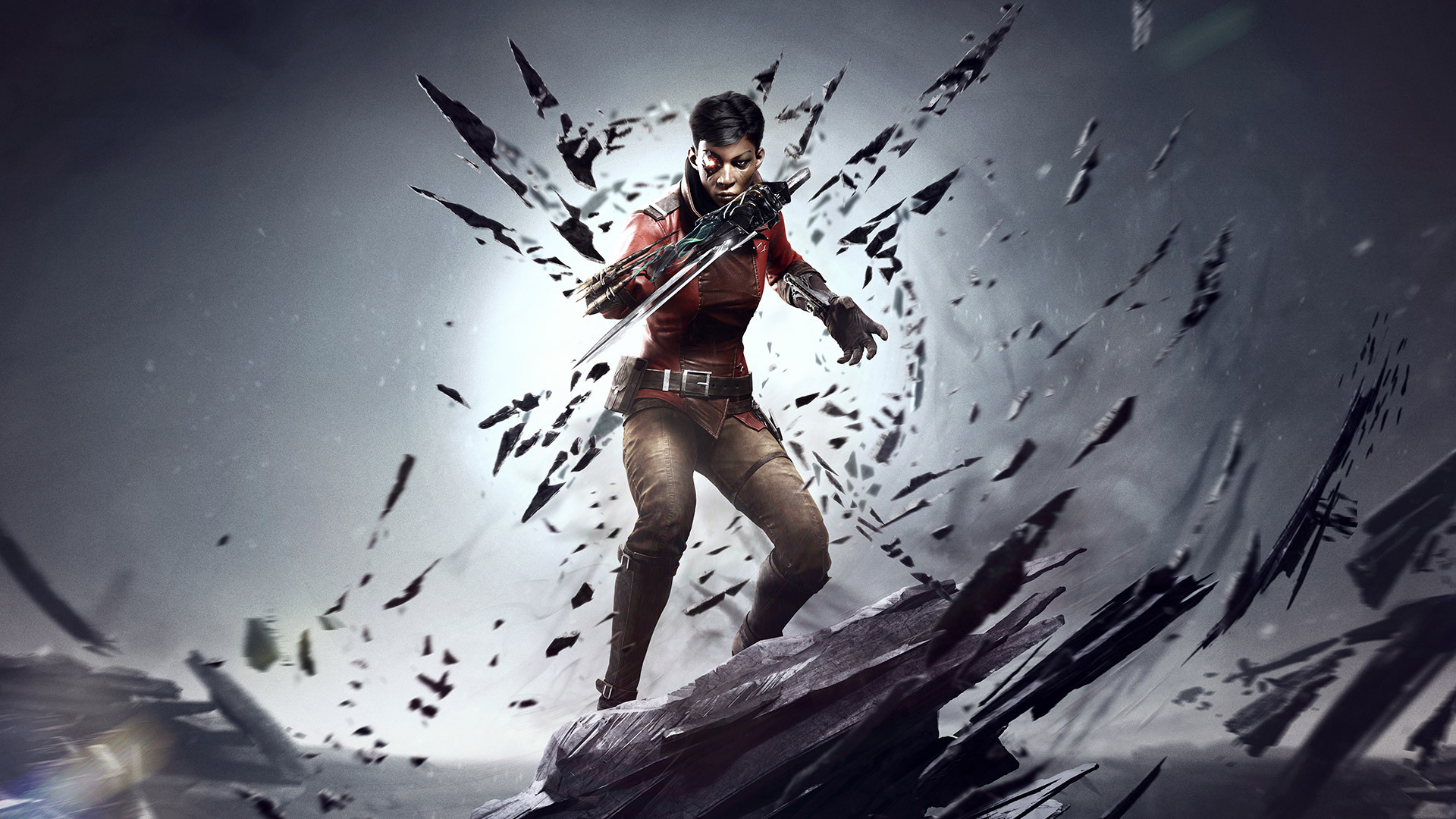