Review and information for Ruiner

Ruiner asks a difficult question: Are you the ruiner or the ruined?

In the year 2091, everything is drenched in crimson — both blood and neon lights. In every corner of the desolate city swarms the broken, exploited, forgotten, tossed aside by Heaven, a megacorporation looking to score big off cheap labor — not unlike that of replicants from Blade Runner. Now more robotic than human, you are instructed to infiltrate and terminate Heaven by completing a simple task: KILL BOSS.

Developed by Reikon Games, a new studio comprised of former Dying Light and The Witcher devs, Ruiner places you behind the helmet of a nameless, robotic assassin affectionately called “Puppy” (and a host of other derogatory terms) whose goal is to eradicate Heaven. The bland narrative, punishing bosses, and inconsistent performance leave Ruiner a cyberpunk tale with lofty ambitions that’s blinded by its own neon lights.

Ruiner’s narrative is mediocre at best and forgettable at worst

Ruiner does an excellent job at world-building: From the cramped, overflowing city streets to the dilapidated, drug-infested alleyways, it’s apparent that a massive, corrupt corporation is strangling Rengkok, a retro-futuristic rendition of Bangkok evidently influenced by Blade Runner’s Los Angeles. However, the game’s writing is painfully, predictably cliché from the moment that the first boss utters a tired “They made me do it” line before being killed. Another boss touts the ever-expected “We aren’t that different, you and I” sentiment. Hell, even the final boss says some variation of “Let’s finish this, once and for all” and “I’ll show you true suffering.” With dialogue like this, Ruiner’s narrative lands in the territory of mediocre at best and forgettable at worst.

The game’s solid combat and smooth controls make up for the deficiency in its storytelling, though. Ruiner is an isometric, twin-stick shooter with a sprinkle of bullet-hell for added difficulty and stress, where commitment and precision are key to survival. Turning has a noticeable weight; you have to follow through with each action on your path to completing a goal. There’s no latency between button presses and character action, meaning the game will almost always respond in an accurate and timely manner. And since Ruiner can get rather difficult rather quickly, frame count and responsiveness can be the difference between retrying the level and an S+ rating. And S+ ratings net more karma.

Karma, Ruiner’s stand-in for experience points, is spent on leveling up Puppy as you traipse through the game’s 14 districts. Character leveling makes thematic sense here, as skills operate like mod installations, allowing you to swap mods and skill points on the fly and tailor the character’s feel to the situation. The idea of freely changing skills is novel — especially considering the cyberpunk theme — but some skills are far more practical and useful than others.

Most of Ruiner’s bosses are bullet sponges

Take Ghost Break, the ability to hack enemies to fight for you, unlocked at level 11. On its surface, this sounds like a compelling skill that would make many of the boss fights a little less suffocating. In practice, however, it’s absolutely worthless, as hacking requires more time than the game allows in many scenarios. Ghost Break can eventually be upgraded to decrease hacking time, but by that time I had already put my skill points into the Dash, Resource Optimizer and Use Of Weapons mods, which were more practical and had tangible effects in game. Couple this with the lackluster skill options further down the skill tree, and I found myself sticking to mods that increased my energy and health pools instead.

And you’ll be modifying Puppy frequently to better take on the incessant waves of enemies and bosses. Some bosses in Ruiner are (literally) electrifying, like TrafficKing, a hovering, severed head that requires you to shoot energy generators to short-circuit his hovercraft in order to deal damage while avoiding his bullet storm. Unfortunately, most other bosses are bullet sponges with screen-length health bars; bullet sponges that, more often than not, end up summoning more waves of enemies to help send you to the dog pound. These are frustrating, often multi-try bouts where challenge is immediately replaced by cheap difficulty and enemies with pixel-perfect accuracy. It becomes less about skill and more about luck, which left me exasperated when the boss quickly wrecked me time and time again.

One boss in particular, Mother, is excruciatingly frustrating, as she fires a powerful laser beam that ate through both my energy and health pools multiple times on the first encounter, killing me immediately. And she appears three times in Ruiner, meaning she drained my existence almost instantaneously multiple times throughout the game’s eight-hour runtime.

It’s in the chaotic, unending waves of enemies and the aggravating boss encounters where Ruiner’s performance begins to suffer. While the game runs smoothly the majority of the time, the frame rate tends to dip as the screen fills with special effects, drastically affecting your survivability. In one instance, the game froze temporarily, only to abruptly kill me. In another instance, the game inexplicably crashed, forcing me to reboot Steam altogether in order to restart. While the checkpoint system is forgiving enough, having to replay sections because of game performance is frustrating as hell.

Ruiner has lofty ambitions but its frustrating, non-stop combat gets in the way

By the time I fought Mother for the third and last time, I was prepared to throw my controller because of how quickly she evaporated my energy and health bars the first two times. Ruiner is one of those games that is unabashedly difficult for the sake of being difficult. It demands you face waves upon waves of the same enemies and mini-bosses before you can even see the final, incredibly trite cinematic. Are you the ruiner or the ruined? I won’t spoil the answer that the game offers up, but I will say that I sure didn’t feel triumphant when I finally set the controller down.

Our review of Ruiner 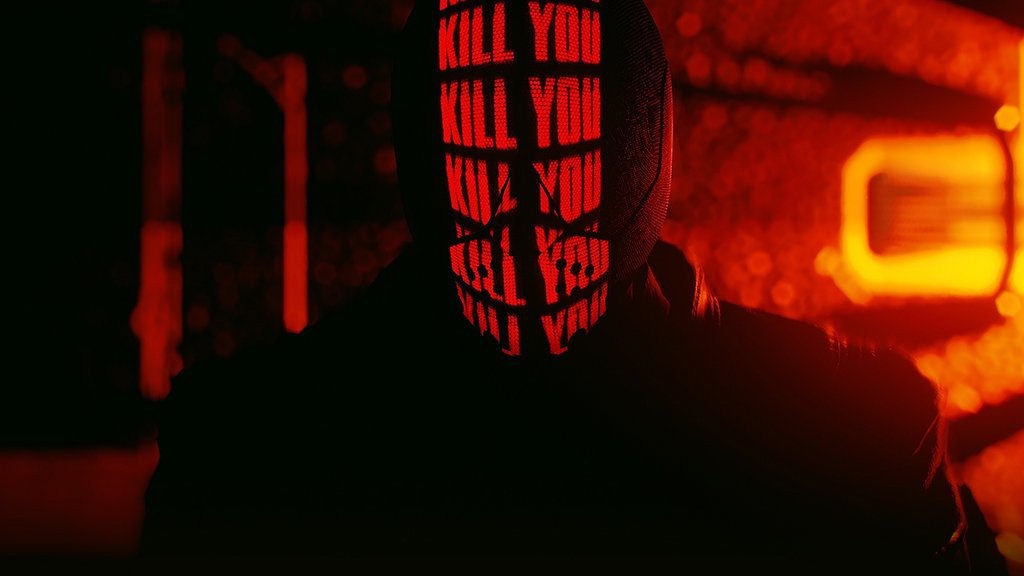