Share All sharing options for: How Marvel’s de-aging effects evolved to pull off Captain Marvel

One of the standout elements of Captain Marvel’s first trailer was the younger versions of SHIELD stalwarts Nick Fury and Phil Coulson, seen running through the 1990s during their pre-Avengers-assembling days. To achieve the believable throwback, both 69-year-old Samuel L. Jackson and 56-year-old Clark Gregg were digitally “de-aged” about 20 to 30 years in order to appear as their younger selves. Marvel has been toying around with this technique for years, but only now do the the various scenes play like incremental, visual experiments that built towards Captain Marvel’s feature-length use.

The MCU first pulled off de-aging for Michael Douglas’s Hank Pym in Ant-Man, but the effect has deeper roots in Marvel history: the visual effects company Lola VFX first de-aged Magneto and Professor X in the Kevin Feige-produced X-Men: The Last Stand, for the flashback in which their younger selves recruit Jean Grey. After enamoring Hollywood, the 2008 film The Curious Case of Benjamin Button made the technology more Oscar-worthy, and subsequent attempts at the visual effect (Tron: Legacy, The Hobbit films) kept the R&D department working steadily into the MCU years.

Lola VFX is also behind the four MCU films that utilize the technique. Here’s a look back at the steps that brought the company to the soon-to-be-revolutionary work in Captain Marvel. 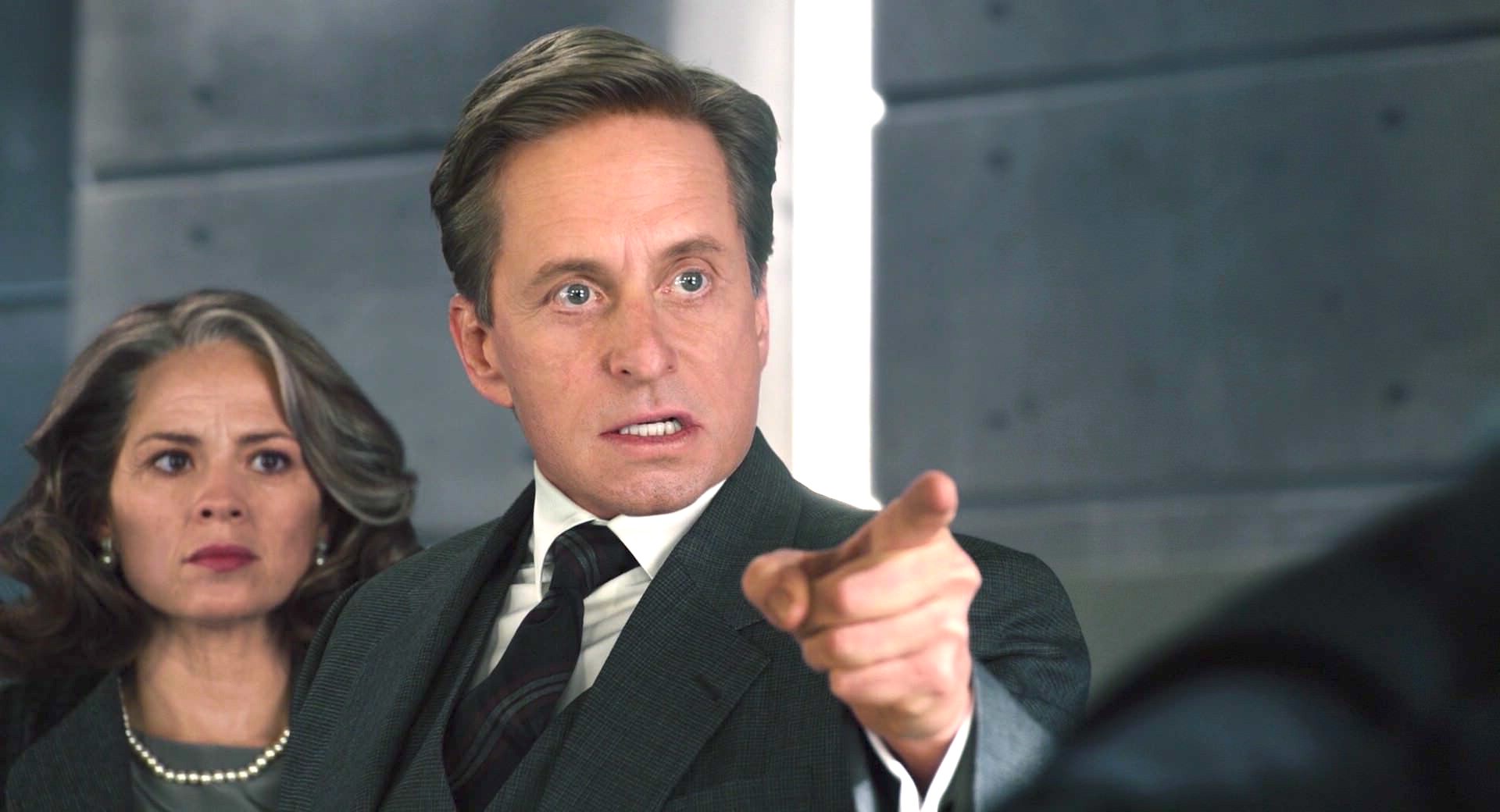 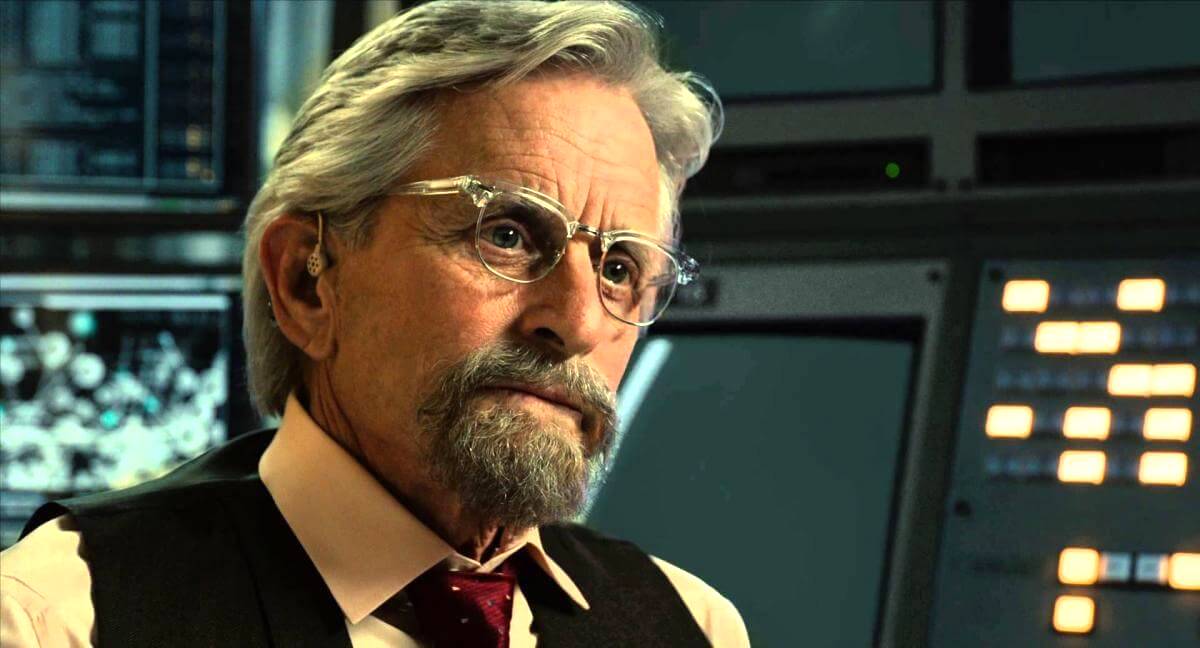 The opening scene of Ant-Man takes place in 1989, 26 years before the movie’s main storyline. In it, Michael Douglas’s Hank Pym marches up to Howard Stark to confront him about stealing technology. Lola Visual Effects de-aged Douglas almost three decades for the opening sequence.

The VFX company is also responsible for pre-Super Soldier Serum Steve Rogers in Captain America and aged-up Peggy Carter in Captain America: The Winter Soldier, and it utilized some of this technology for the scene — as well as footage from Michael Douglas’ late-1980s films for reference.

“In the case of Michael Douglas, there are lots of references,” Marvel President Kevin Feige told Fandango at the time. “There’s not speculation or family photos to try to figure out what the actor looked like 30 years ago. There’s an amazing amount of footage, so that was very helpful.”

De-aging Douglas also required the use of a body double, Dax Griffin, who also provided more reference for Lola because of his “striking resemblance of Michael [Douglas] when he was about 40.” The process required shooting and re-shooting both actors.

“We took Michael and did a three-dimensional laser scan of his face, so we had his head in a box, as it were. And we did the same thing with Dax ... they then had Dax sit in a chair, and we projected the light that we’d captured from the set during Michael’s performance,” Ant-Man visual effects supervisor Jake Morrison explained to The Credits. “We recreated that with Dax in this chair and had him re-perform the action exactly, and then you can effectively take the three-dimensional version of the young Douglas and superimpose it back onto the normal Michael Douglas.”

Instead of a regular flashback, this scene of young Tony Stark from Captain America: Civil War is a reconstructed holographic memory, designed by present-day Tony Stark to help cope with trauma — in this case, the last moment Tony saw his parents before Howard and Maria Stark died in a car crash.

Unlike with Douglas, Lola didn’t require a body double to pull of the visual. Instead, Downey performed the scene himself and the footage was adjusted through digital compositing.

Visual effects supervisor Trent Claus told The Hollywood Reporter that the process was similar to Photoshop — except instead of a single image, Lola tweaked 24 frames per second of footage.

“Every feature of the face and body needed to be addressed in some fashion,” he said. It’s not just the lifted facial features of a youthful face: younger skin reflects more light and has less noticeable blood vessels in some places and more in others; bone structure and posture are also affected.

There was also the challenge of rendering the likeness of an actor who was well-known in his youth.

“There is the added pressure of living up to the youthful appearance that audiences remember,” Claus says. “In this case, we analyzed footage of Mr. Downey at the approximate age that we wanted to target, which was around the time of the film Less Than Zero [when Downey was in his early 20s].”

It’s a slight advancement from Hank Pym’s portrayal — the scene is a bit longer and focuses primarily on Tony Stark’s features, with a lingering close-up towards the end.

The flashback of Kurt Russell’s character Ego’s time on Earth in Guardians of the Galaxy Vol. 2 marked a huge step in de-aging technology. Unlike the other flashbacks, this one involved a moving car with a sweeping helicopter shot and the largest Marvel de-aging at around 36 years. The scene also included the first de-aged kiss, as both smooching actors were at least slightly de-aged (Laura Haddock much less so than Russell).

Footage of Russell from 1980’s Used Cars was used as reference, since it featured the actor clean-shaven and the same sort of energy and dialogue-delivery that Ego had. Kurt Russell wore a wig, but no other de-aging makeup except for tracking dots.

Lola used a younger body double for Russell, actor Aaron Schwartz, who was selected for his similar face shape and more importantly, similar laugh line motion. Schwartz was used to collect elements to build the younger reconstruction of Russell from; though he was filmed in the same locations and mimicked the performance, it’s Russell’s footage that is used in the end result. The younger stand-in primarily provides footage to create the neck area and eye lid area, though elements are taken from all areas of the face.

“I always like to have them on set watching say Kurt perform, so they can immediately do their performance while it is fresh in their minds, but I ask them to say the lines themselves — be the character and act the scene as close as they can to Kurt,” Claus told FX Guide about the process. “But to be clear - it is always Kurt’s plate photography, his eyes, his base face and performance in every shot.”