It may not have come out this decade, but it was still important

Share All sharing options for: League of Legends transformed the video game industry over the last decade

Part of The decade in review

League of Legends wasn’t released this decade — it originally came out in 2009 — but it did come of age this decade, and since it’s still one of the most popular PC games around, it deserves a mention as part of the end-of-decade festivities.

As the 2010s draw to a close, we’re taking stock of the best pop culture of the decade. And we’re reevaluating the all the ways in which the face of entertainment changed from 2010 through 2019. Join us!

The 100 best games of the decade

The best movies of the decade, according to us

The best comics of the decade

Everybody loves a challenge

League of Legends’ existence as one of the most popular games in the world doesn’t make a ton of sense. Conventional wisdom says that games need to be accessible to find an audience. As it turns out, that’s not really true. League is complicated, punishing, and difficult — for years it didn’t even have a good tutorial. It takes hours just to feel like you know what you’re doing, and no matter how good you are, it’s still extremely easy to let your team down. Sometimes all you get out of a 40 minutes game is a crushing defeat. But these challenges are exactly why players keep coming back to the game.

League is full of minute details. There’s no such thing as being good at the game, because there are a dozen smaller skills you can always improve. Warding — placing items on the map that you give you vision of your opponents’ movement — is a key part of the game. Players have to farm, hit skill shots, track enemy cooldowns, and know their abilities. All of that was true when League was released, it’s only gotten more complicated in the 10 years since. Nothing about this is easy and it takes a mountain of time and investment to learn.

Over the decade, watching League grow, it’s impossible to ignore this same kind of difficulty in other games. Demon Souls brought this kind of challenge to action games. Fortnite, and PUBG brought it to shooters. Sports games like FIFA have gotten more complex, and Rocket League has challenging mechanics that not every player can pull off. Even a game like Overwatch is a mess of characters, abilities, maps, and cooldowns. Some of the most popular games of the decade challenge players rather than making things easy for them.

One of the most important ways that Riot keeps the game difficult is through constant patching. Games had patches before League of Legends, but League changed what patches were for.

While balance in other games tries to find a utopian ideal, balance in League is about changing the way the game’s mechanics and characters harmonized with each other.

When these patches first started around 2014, League felt like an ever-changing game that moved just fast enough to evade mastery. Now that players have grown accustomed to Riot’s cadence of a patch — more or less — every two weeks, the changes themselves are part of the mastery. For the game’s best players, knowing how to adjust your play to the shifting sands of the patches and the meta is part of being the best.

Champions that are good are sometimes nerfed, and champions that are bad get buffed, giving them a new place in the meta that hadn’t existed before. Every big and meaningful patch brings balance updates that made League feel like a new game. 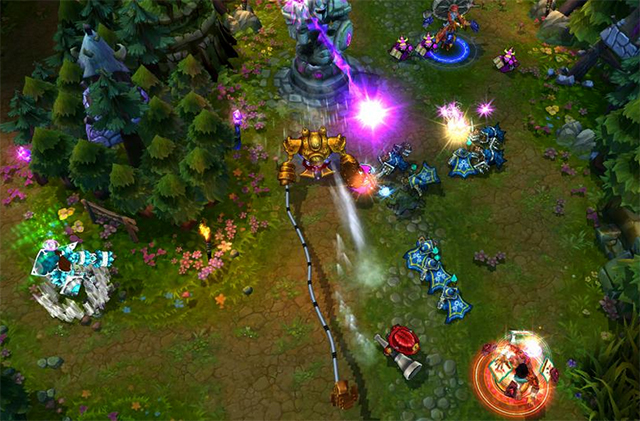 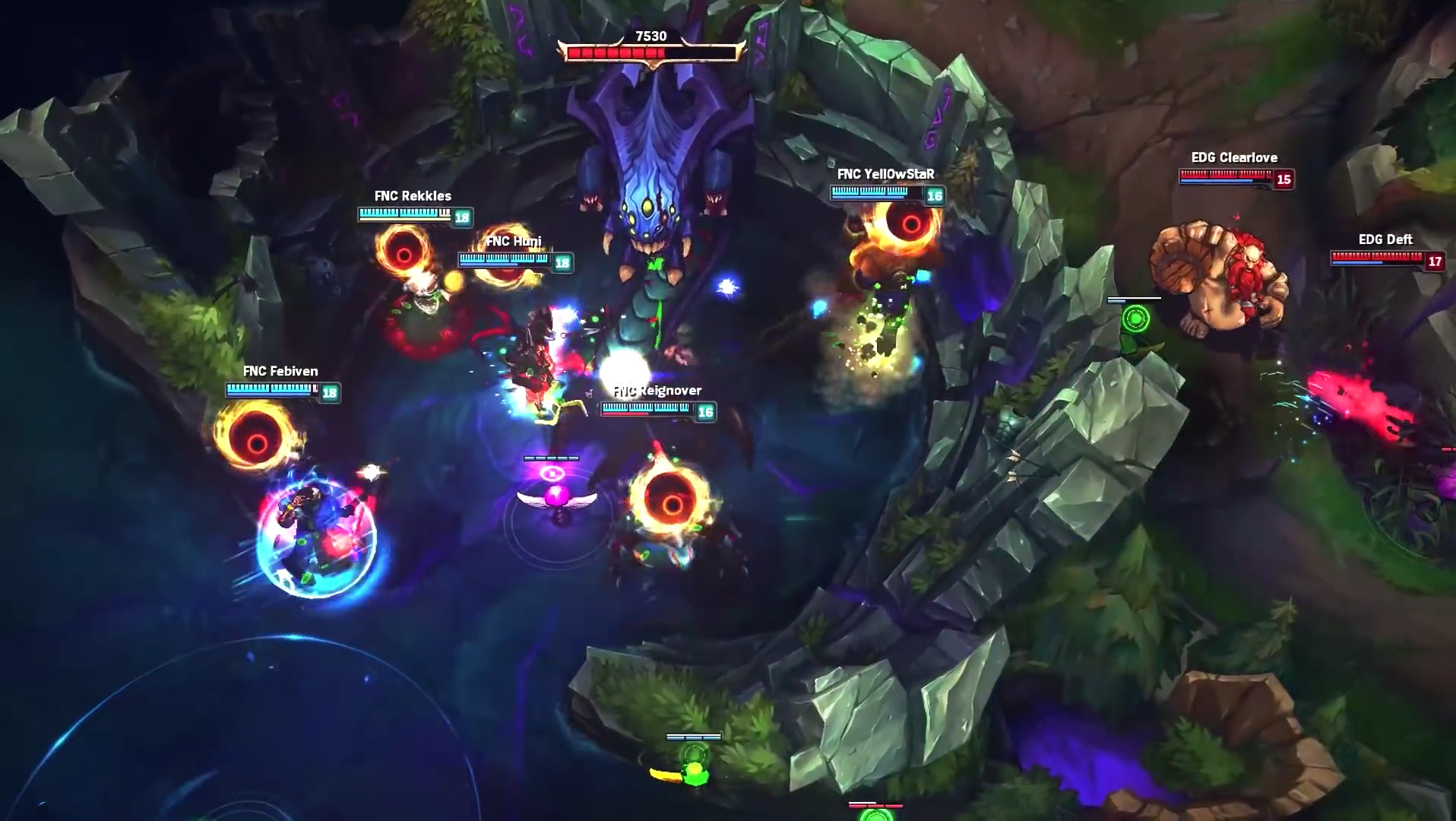 Between meta changing balance patches, and the regular addition of new champions, Riot remade the way players and developers saw games over the last decade. Rather than aiming for a sequel or leaving the game alone, Riot released more than 20 game-changing updates a year. And with the one massive season-changing update at the end of each year, League of Legends has reinvented itself every 12 months for the last decade.

Since Riot started this practice, frequent patches have been adopted by nearly every developer that expects to keep players in its game. From Destiny 2 to Fortnite to The Division 2 to Overwatch, everything uses patches to shake up its meta now. With its constant updates, Riot proved that players don’t want patches that balance a game, they want patches that give them a reason to come back.

League of Legends and the birth of Twitch

Balance updates weren’t the only thing that kept players paying attention to League, though; streaming played a huge role as well. League helped launch game streaming to where it is today.

League of Legends wasn’t exactly the first game on Twitch, but it was an integral part of its growth. The other two competitive games of that moment, StarCraft 2 and Counter-Strike, weren’t built for streaming.

To the untrained eye, and without the benefit of a keyboard in front of you to control it, watching the best Starcraft players at work was like keeping up with a game of chess during a rave. It was all flashing colors and moves that were too complicated and fast to learn by watching. Meanwhile, Counter-Strike had the opposite problem. You could spend 20 minutes watching a pro-player and instantly spot the differences between you and them. They aim better than you do and no amount of Twitch viewing will change that.

But League is something different. League is a game that’s orders of magnitude slower than its esports compatriots. It’s downright contemplative by comparison. Watching a player like TheOddOne in the early days of Twitch as he taught his viewers how to jungle was like attending a seminar. Paths through the jungle, methods of farming minions, and item builds are basically the same game to game, so players could take those elements directly from a pro player’s stream and straight into their own solo queue matches.

On top of that, League of Legends also brought another boom for Twitch: esports.

The rise of esports

With League of Legends, esports took off in a way it never had before. While other games like Counter-Strike, StarCraft, and, Warcraft 3 were popular and drew in thousands or even hundreds of thousands of viewers, they were mostly third-party tournaments run with the consent of the game’s publishers and developers, but without their direct involvement.

Riot changed that when in 2013, it swooped into the esports scene and created the NA and EU LCS. In the two years prior, Riot had hosted a few of its own tournaments, including the first two World Championships, but these were the first localized first-party esports leagues. By putting the weight of its success behind the competitions, Riot helped turn the idea of esports into a full time job. Suddenly, esports organizations weren’t something that could disappear if your team didn’t win a few tournaments in a row.

When Riot franchised the NA LCS in 2017, selecting 10 organizations to partner with on a long term basis, it took this financial commitment to a new level. This opened the door for players to organize their labor and fight for rights, as well as great oversight from Riot for things like making sure full time staff get paid or that organizations were being run well.

Riot’s LCS wasn’t the first to legitimize esports — plenty of other games have contributed to that along the way — but it was a major step forward. It was the first big push by a developer to commit to a competitive scene, to balance a game with competition in mind, and to help its community build and esports scene.

League of Legends doesn’t look the same way it did 10 years ago. But neither do other games. League is faster, harder, and more demanding than it was in 2009. Millions of people watch both pros and amateurs play the game on streams, and the version of the game you play today won’t be the same as the version that’s out a month from now … let alone 10 years from now.

The decade in review