Halo: Reach’s PC release is technically impressive, most of the time

The Master Chief Collection has some incredible visuals, but the sound doesn’t quite match up

Share All sharing options for: Halo: Reach’s PC release is technically impressive, most of the time

Almost 10 years after its original Xbox 360 release, Halo: Reach has finally made its way to Windows PC. So how does it hold up, and is it competitive with other modern PC games?

Halo: The Master Chief Collection on PC only has a few graphical options. You can adjust the resolution all the way up to 4K, enable or disable v-sync, and set the frame rate to 60 frames per second or unlimited. The game also lets you choose between three graphics options: Performance, Original, and Enhanced.

The Original setting is exactly what it sounds like, recreating how the game looked on Xbox 360 back in 2010. The Performance setting actually degrades the visuals a bit, making it playable at a higher frame rate for those with older computers. 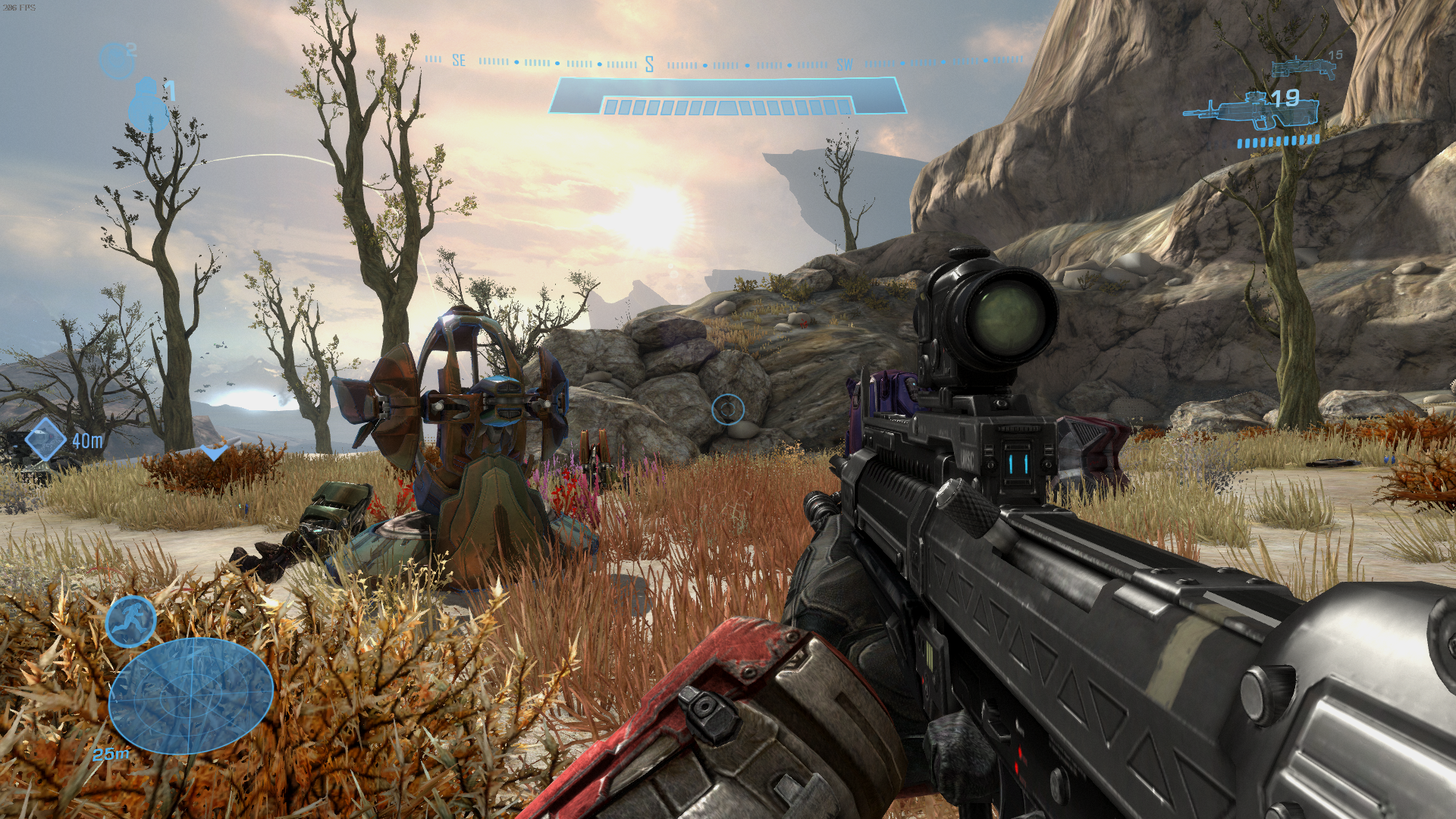 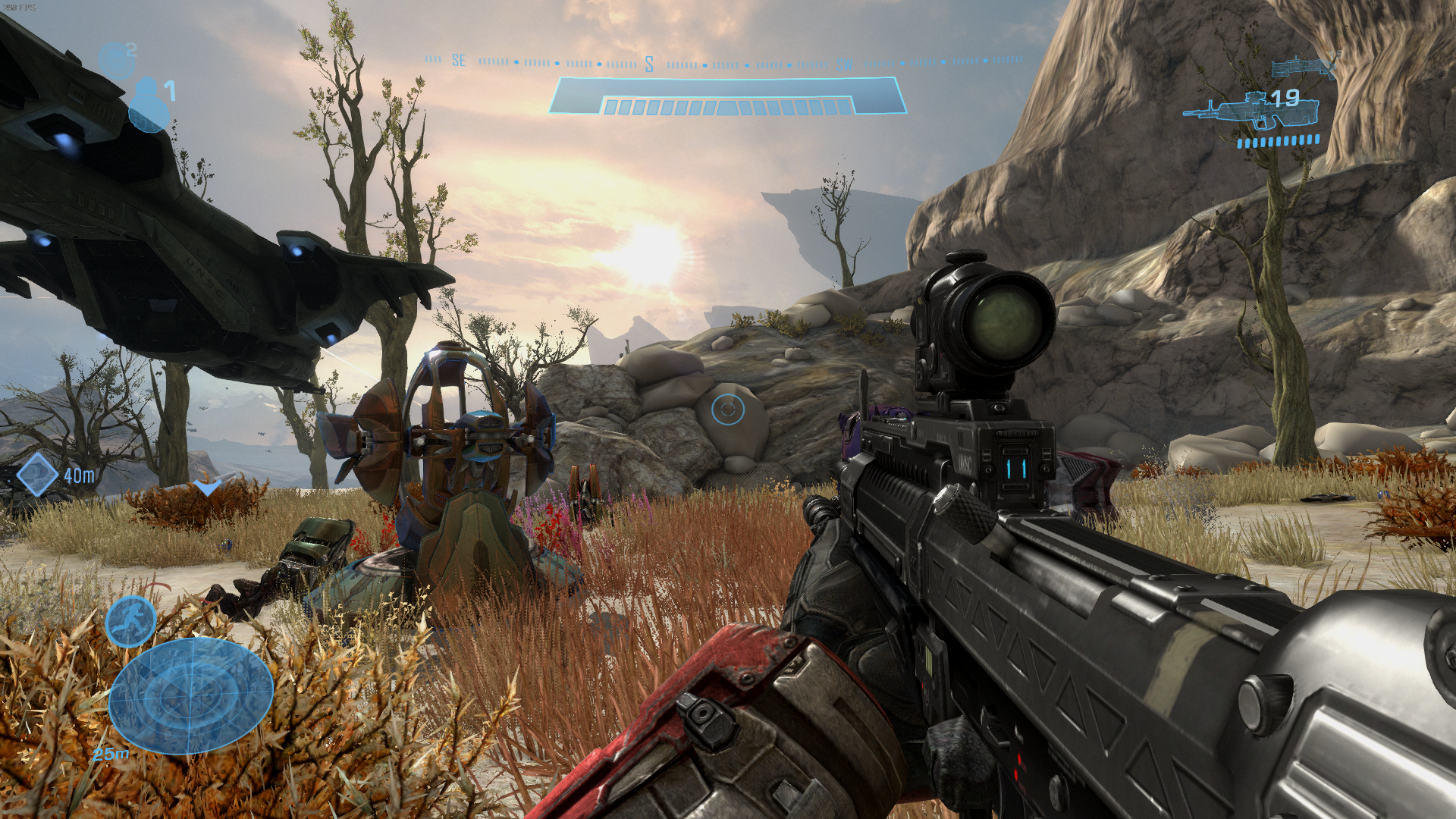 Halo: Reach’s Enhanced setting is where things begin to get interesting. Draw distances are longer, textures are improved, particle effects are more impressive, and the density of the foliage is higher. Comparing the Original and Enhanced images below, you can see grass appear on the cliff on the right side of the screen; increased density in the small gray bush between the gun and the tree on the right; and way more texture detail on the rocks to the right of the rifle’s scope. It doesn’t look like a new game, or even like a modern game, but it certainly looks better in just about every way. 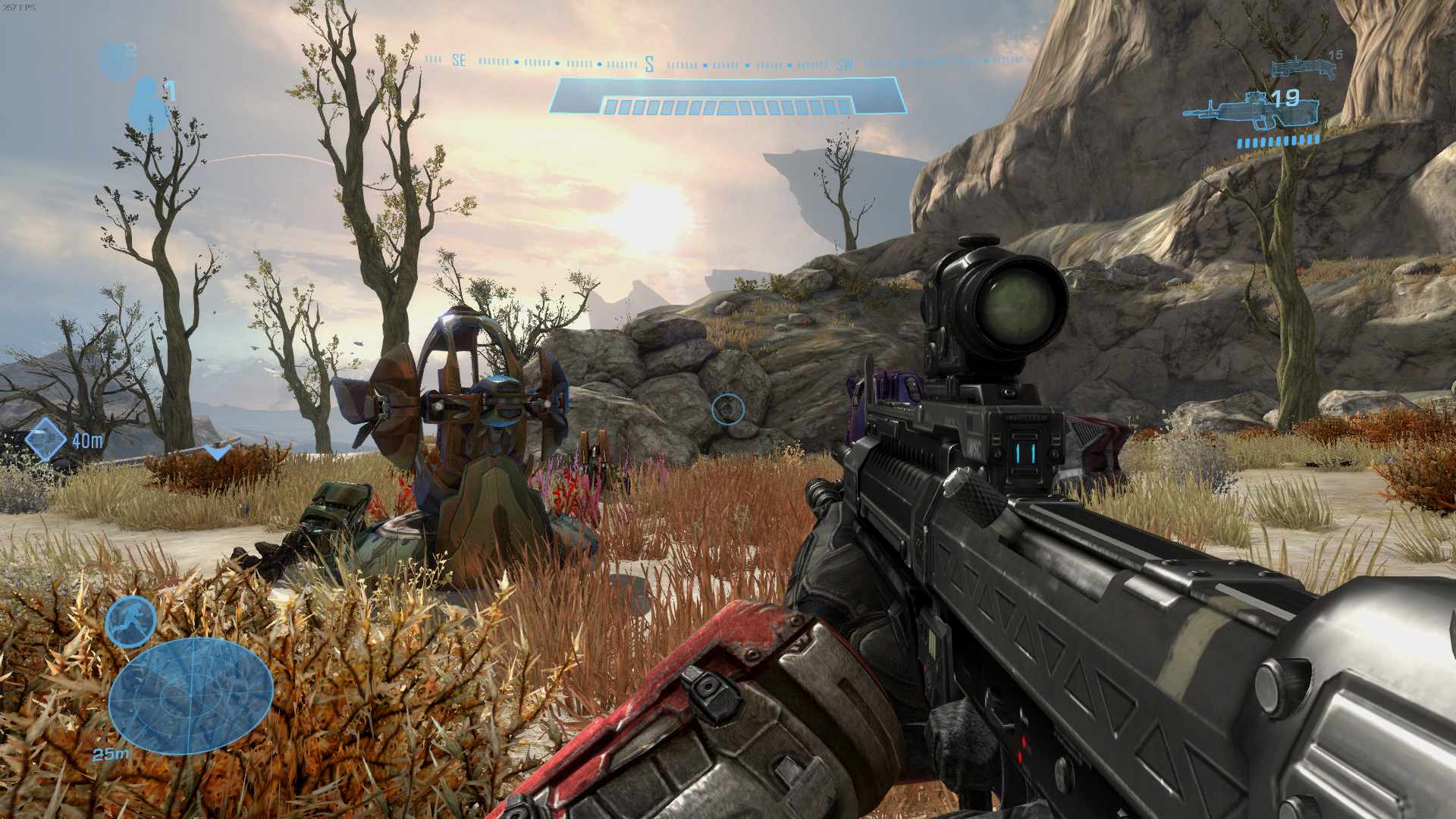 And performance doesn’t seem to be an issue; I was able to choose the Enhanced setting and unlock the frame rate to experience the updated graphics at around 160 fps consistently, running Reach in 1080p resolution on an Intel Core i7-7700K and an Nvidia GeForce GTX 1080. The game never dropped below 90 fps through hours of play, even during the most visually demanding, complicated areas. The only caveat is that the animations can get a little wonky — like shadows moving at a different speed than characters, or legs not quite syncing up with movement — once the game tops 100 fps, since Reach was designed with a target frame rate of 30 fps. Whether those issues are worth the smoother play is up to you.

Speaking of aiming, Reach handles itself quite nicely with a mouse and keyboard. The more accurate aiming lends itself to the jumpy enemies, and the often slow multiplayer action means making the most of every shot is always important. Unfortunately, the game’s bloom system, which makes weapons less accurate the more you fire them, feels significantly worse with the improved accuracy of a mouse. Since I know where every bullet should be going, watching them fly off in random directions was a source of endless frustration. The system was always one of Halo fans’ least favorite additions to Reach, and on PC it makes using the assault rifle feel downright random.

Here are a few of the cursed mods that Halo: Reach already has on PC

One of the most welcome additions is the adjustable field of view, an option that’s common on PC but rarely seen in the Halo series, which historically has always kept the FOV narrow. It’s set to the mid-70s as the default, but bumping it up to the 90-100 range improves your situational awareness and shows off the game’s gorgeous, often expansive environments. If the lack of general graphical settings bums you out, at least this aspect of the updated presentation is a big step forward.

For all the impressive improvements to Reach’s visuals, the PC port’s audio is something of a disappointment. The sounds often get muddled together, with music, character dialogue, and explosions all competing for your attention in a slushy mix.

The entire soundscape has been flattened out, and distinct sounds become nearly indecipherable even when heard through good headphones. It’s bad news during the campaign, but worse when playing against competitive players online — it’s tricky to try to hear where gunfire is coming from, or the direction in which a vehicle is moving.

The panting of the Spartans — which happens if you sprint for more than a second or two — drowns out nearly every other sound in the game, and that can include the gunshots themselves. It’s certainly next to impossible to hear the footsteps of incoming players or enemies.

The good news is that this is a known issue, and will hopefully be fixed in the future, although it could take some time.

“Players have reported various issues regarding game audio not sounding as expected (muffled, inconsistent volume, low quality, etc.),” the official blog post listing bugs and issues explains. “This is a known issue present at launch and the team is working to resolve this. Unfortunately, it is not a quick fix and is one that will require quite a bit of work and time to resolve.”

Despite the few minor complaints with the shooting that’s always felt a little off and the disappointing sound, Halo: Reach’s PC release is an impressive first foray onto the platform for The Master Chief Collection. According to 343 Industries, the other Halo games in the package should be headed to the platform sometime soon, and we can only hope they get the same kinds of impressive visual upgrades as Reach.