RTX GPUs no longer required — but how well will it work?

Nvidia has spent the past year trying to make the case for its newest graphics cards, the expensive GeForce RTX line of GPUs. The biggest selling point of Nvidia’s RTX cards has been support for a powerful new feature known as real-time ray tracing, long considered the “holy grail” of graphics rendering technology. When Nvidia announced the feature — which it calls Nvidia RTX — a year ago at the Game Developers Conference, the company said that the technology would run only on its RTX GPUs, which wouldn’t be available until September.

Next month, that will no longer be the case.

Graphics cards like the RTX 2080 use that naming convention because they were designed for RTX. But with a driver update that’s scheduled to be released in April, Nvidia will bring its RTX technology to 10 different GTX graphics cards that are already on the market — some of which are nearly three years old. The list runs the gamut from the 6 GB GTX 1060 up to the GTX 1080 Ti. It also includes Nvidia’s newest GPUs: the GTX 1660 and GTX 1660 Ti, two cheaper cards that the company released this winter. And this applies to the laptop and Max-Q equivalents of these GPUs, too.

The new driver will allow the GTX cards in question to play games with real-time ray tracing features. Game developers won’t have to do anything to add support for the GTX cards (although, of course, this will only apply to games that already offer RTX functionality).

Adding RTX support to GTX cards is undeniably a positive step for Nvidia and the advancement of graphics technology. Real-time ray tracing is a very promising development, and it represents the future of gaming graphics. But as is often the case in software development, there’s a chicken-or-the-egg problem here. 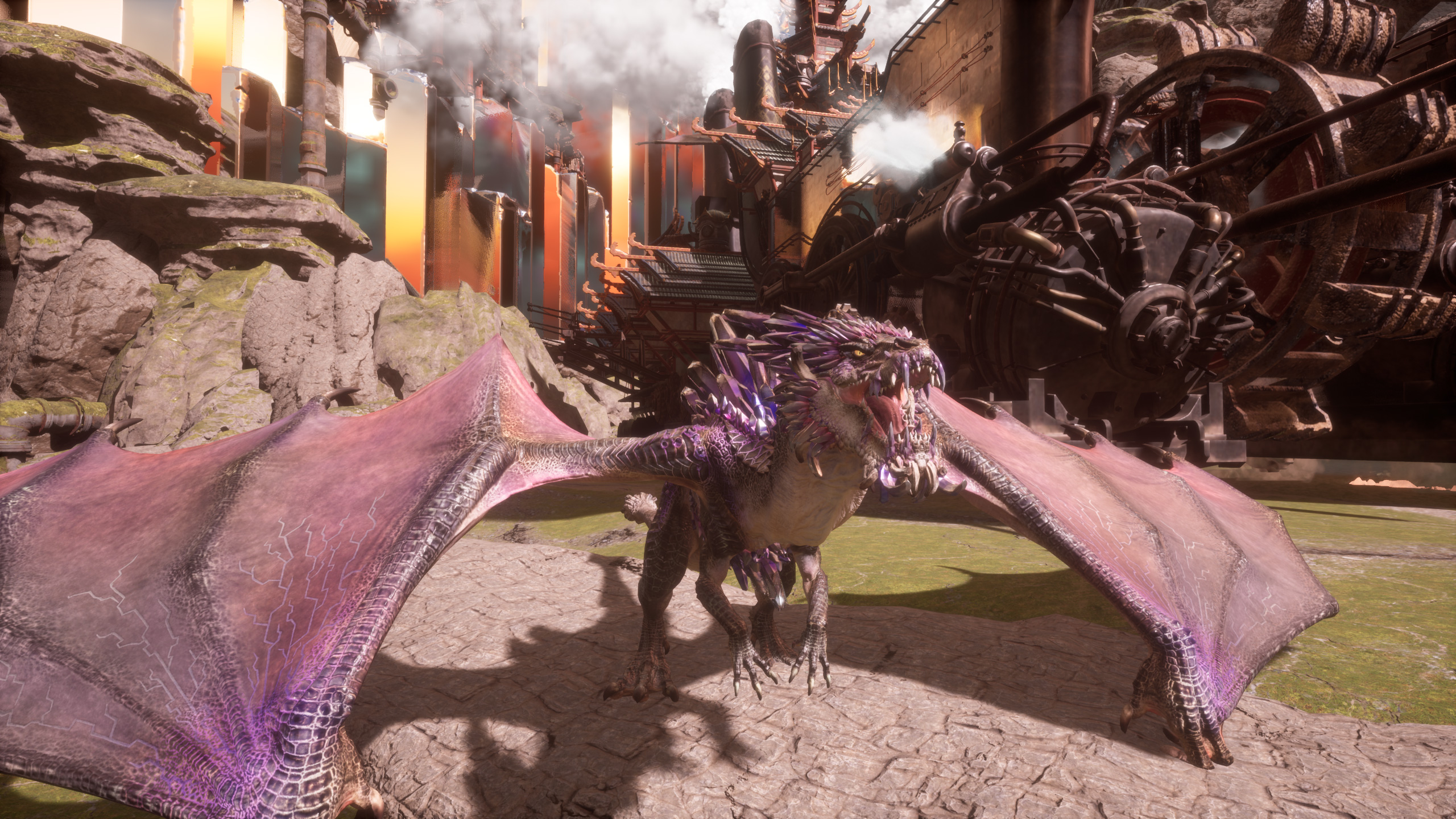 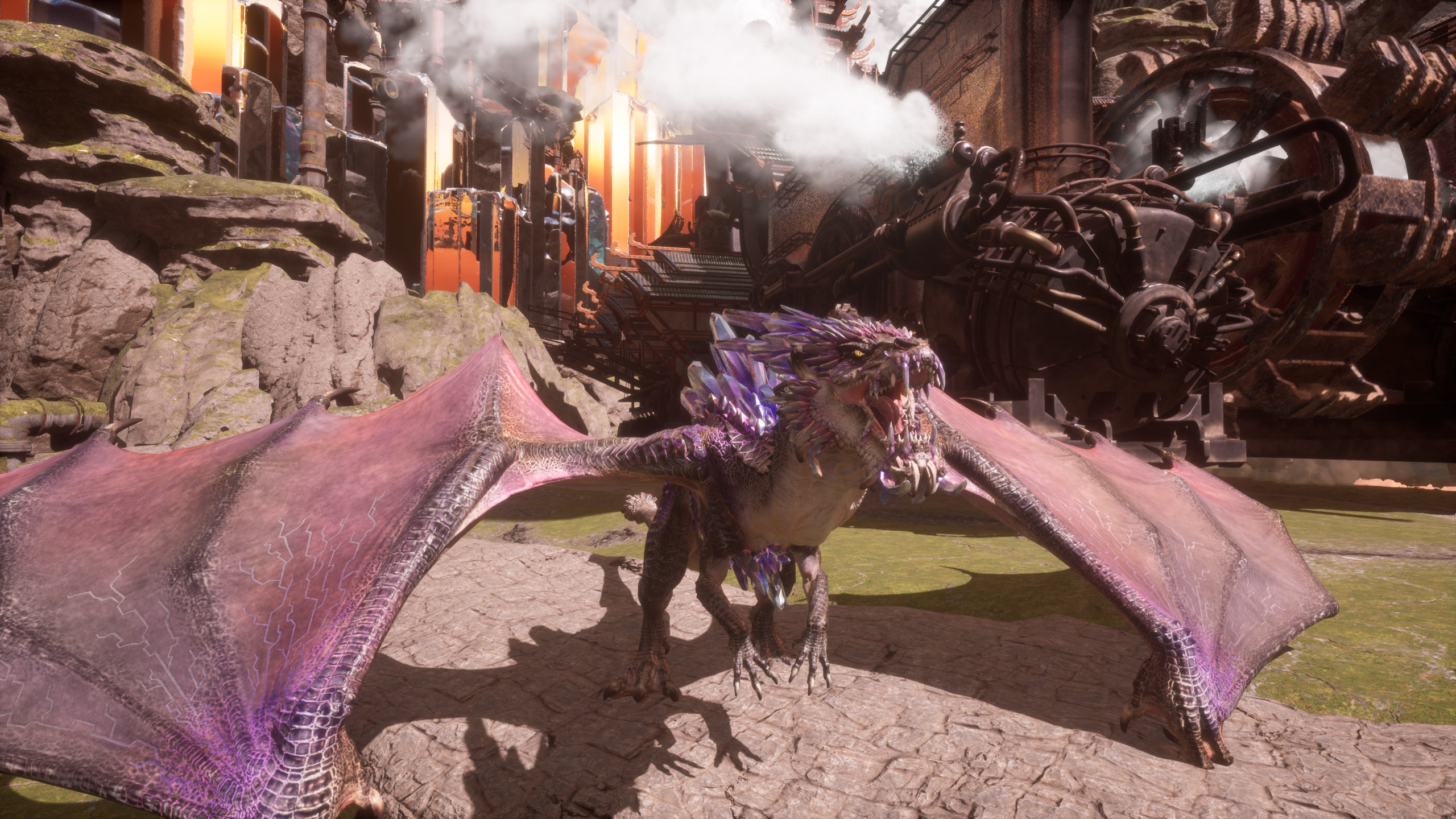 A scene from Dragon Hound — which uses DirectX ray tracing for both reflections and shadows — with RTX off (left) and RTX on (right). Note the dragon’s shadow. With RTX off, the edges are all fudged to about the same level of softness. But with RTX on, it looks the way it would in real life: Parts of the dragon that are close to the ground (like its paws) cast sharper shadows than parts that are farther from the ground (like the spikes on its head). And that’s not to mention the reflections on the crystal towers in the background.
DevCat/Nexon and DevCat/Nexon

Few games currently support real-time ray tracing, since the technology is so new; Nvidia’s RTX lineup launched just six months ago. Without a larger library of games that offer DirectX ray tracing (DXR) enhancements, there’s little reason for customers to upgrade to an RTX GPU — especially since they’re more expensive than similarly capable non-RTX cards from both Nvidia and AMD. Game developers might be more inclined to support DXR if there were more customers out there who owned GPUs that can take advantage of the technology.

For that reason, it’s a big deal that Nvidia is extending ray tracing support to GTX cards. This represents a massive increase in the install base of ray tracing-capable gamers: With the release of the new driver in April, there will be “tens of millions” of customers who’ll be able to play games with “some level of ray tracing,” said Justin Walker, director of GeForce product management at Nvidia, during a conference call with the media on Monday. And with the announcement at GDC 2019 that two of the most popular game engines — Epic Games’ Unreal and Unity Technologies’ Unity — are integrating support for real-time ray tracing, it’ll be much easier for many game makers to develop with the technology in mind.

What will ray tracing look like on GTX cards?

It’s worth noting that “some level” is the operative phrase here. There’s a lot of variation in the RTX enhancements that different games offer: EA DICE used it for reflections in Battlefield 5, Crystal Dynamics focused on shadows in Shadow of the Tomb Raider, and 4A Games went with global illumination and ambient occlusion in Metro Exodus.

The different applications of RTX require different levels of computational horsepower. Nvidia’s RTX GPUs are equipped with two hardware features that the GTX chips don’t have: RT cores and tensor cores, which are specifically designed for ray tracing. Without those cores on the silicon, GTX cards will only be able to support a reduced implementation of ray tracing. And in some cases, they won’t be able to support a game’s RTX features at all.

Considering that ray tracing has been limited to Nvidia’s more expensive RTX GPUs — the cheapest being the RTX 2060, which starts at $349 — it’s not inconsequential that the lower-priced GTX cards will soon support the feature. The brand-new GTX 1660, which runs on the new Turing architecture, has an MSRP of just $219.

But GTX owners may have to do a decent amount of homework if they want to figure out what kind of ray tracing performance they’ll be able to get. For instance, Battlefield 5’s RTX-powered reflections are a relatively simple ray tracing effect, and GTX cards should be able to handle them. But global illumination in Metro Exodus is a much higher lift.

“Look at [ray-traced] reflections on Battlefield 5 at the low setting, and it’s not bad,” said Walker. “I mean, I’d rather have that on than off. And so that kind of basic level of ray tracing that’s better than not having it will be playable on GeForce GTX cards in a lot of situations.” However, Walker told Polygon that global illumination as a feature is simply too resource-intensive for GTX, saying, “I think the quick answer is that generally speaking, you’re going to want RTX for global illumination.”

Sony and Microsoft ran into a similar issue when they launched their 4K-capable consoles, the PlayStation 4 Pro and Xbox One X, respectively. Since developers can use the hardware’s extra power however they want — or not at all — there’s no guarantee of what kinds of enhancements you’ll get. Microsoft does a better job than Sony on the messaging front: The company maintains a list of all “Xbox One X Enhanced” games, with notes on whether they support 4K and HDR. How will it play out on the PC gaming side?

“We will do our best to help try to communicate exactly what you can expect as the games come out, but the best I can say right now is: Basic, single effects, GTX can generally do,” Walker explained. “Some of the more complex effects, or multiple effects, you’re going to want RTX.”

Giving gamers with less capable GPUs the ability to get a taste of ray tracing is an admirable goal. All the people who already own recent Nvidia GTX cards will actually be able to see for themselves what the technology can do — before they consider a future upgrade to an RTX card. And more importantly, the move will likely result in greater support for ray tracing across the board. But it seems like this nascent technology remains decidedly in the early adopter stage, with all the associated growing pains.