It isn’t a replacement for the Super Duper Graphics Pack, but it’ll do

Share All sharing options for: Minecraft getting visual overhaul with ray-traced graphics

Minecraft’s blocky visuals will soon look much more beautiful — at least, for PC players with the right graphics cards in their computers. Nvidia is working with Minecraft developer Mojang to implement real-time ray tracing in a free update for the Windows 10 version of the game, the companies announced Monday ahead of Gamescom 2019. The update is scheduled to be released within the next year, a Microsoft representative told Polygon.

“Ray tracing sits at the center of what we think is next for Minecraft,” said Saxs Persson, franchise creative director of Minecraft at Microsoft, in a news release. “GeForce RTX gives the Minecraft world a brand-new feel to it. In normal Minecraft, a block of gold just appears yellow, but with ray tracing turned on, you really get to see the specular highlight, you get to see the reflection, you can even see a mob reflected in it.”

While ray tracing is slowly being added to more and more games, the feature has mostly been limited thus far to titles that are graphical showpieces. Of course, those games tend to be set in lifelike worlds (Battlefield 5, Shadow of the Tomb Raider, Metro Exodus), even if they’re not designed to be photorealistic per se (upcoming titles with ray tracing support include Doom Eternal).

Real-time ray tracing, and what it means for video games, explained

The introduction of ray tracing into Minecraft may seem strange, but as you can see in the comparison shots below, the feature is visually transformative even for this decidedly lo-fi game. It’s also worth noting that despite its old-school graphics, Minecraft has surprisingly high system requirements. Lifetime sales on PC are approaching 32 million copies, and it’s No. 3 on the list of the most popular games being played on Nvidia GeForce cards, according to the company — ahead of even Fortnite. 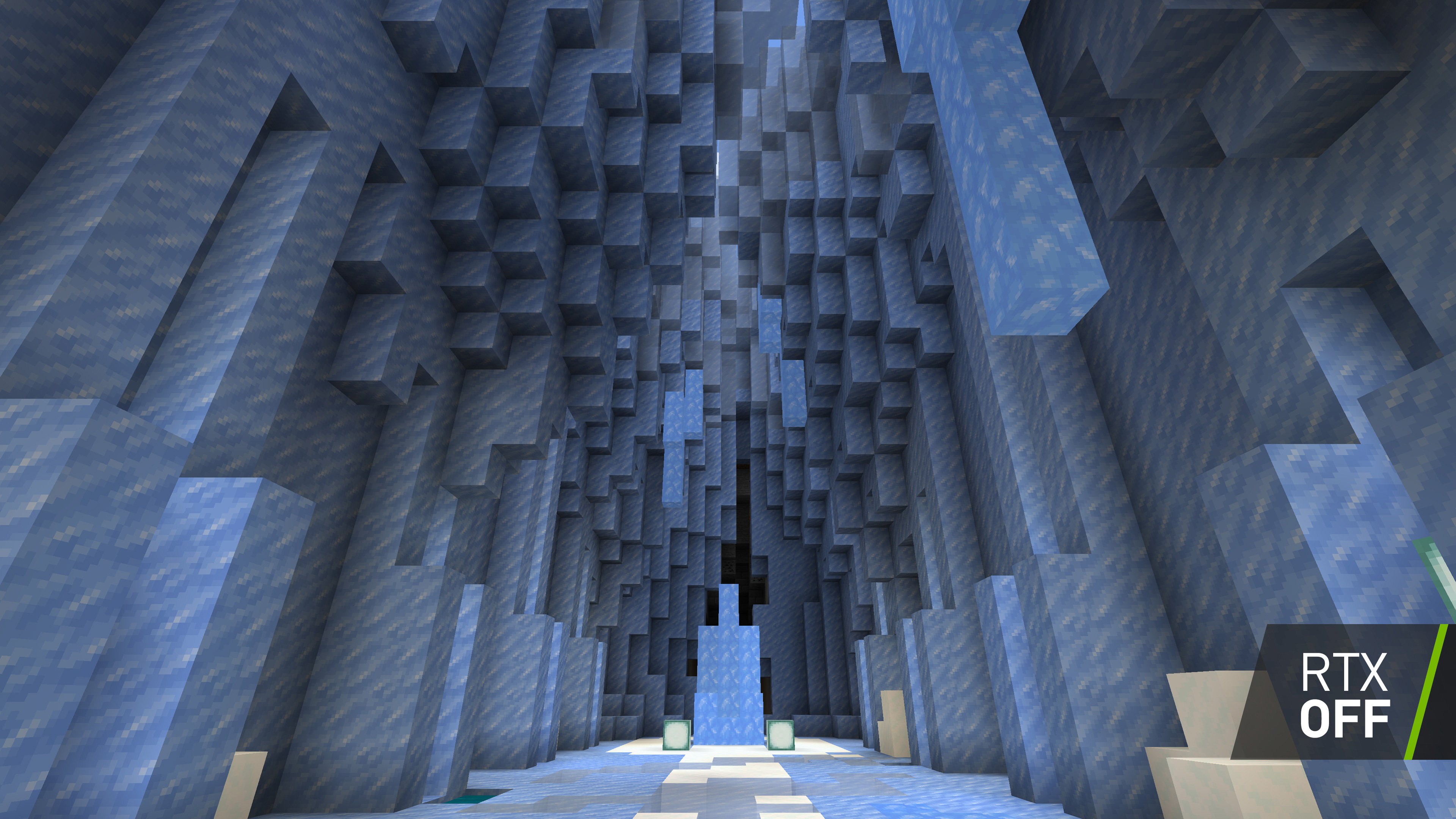 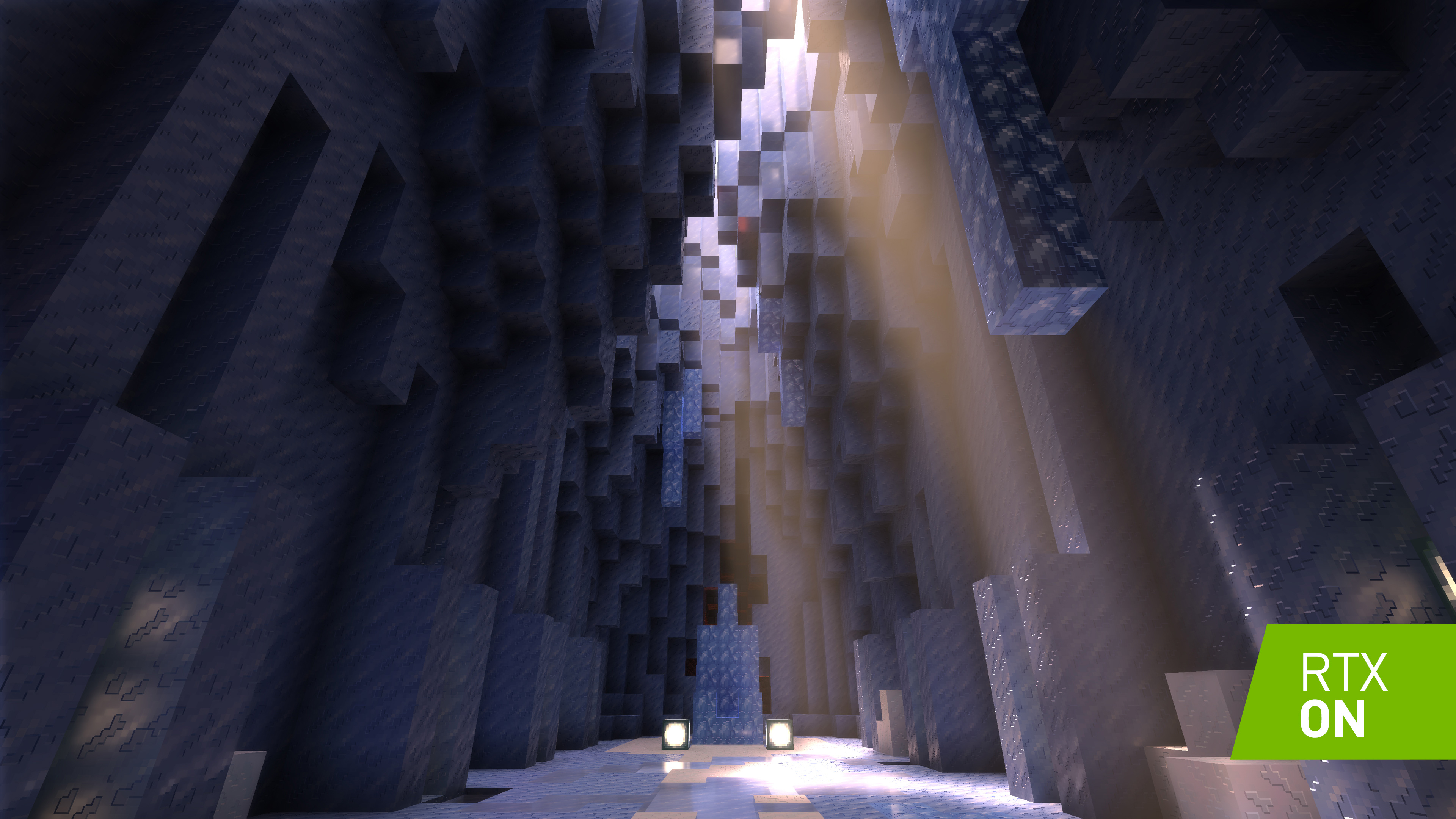 Minecraft’s implementation of ray tracing will be similar to that of Quake 2 RTX: a complete visual overhaul in which almost everything on screen is rendered via path tracing, an advanced form of ray tracing. (Jason Paul, general manager of GeForce software and technology at Nvidia, told Polygon that the few exceptions — elements that will be rendered via traditional raster techniques — include special effects such as particle effects. The same is true for Quake 2 RTX, according to an analysis by Digital Foundry.)

“Path tracing simulates the way light is transported throughout a scene,” Nvidia said in the news release. “It presents a unified model for lighting calculations for many different types of effects that have traditionally been implemented separately using rasterized or hybrid renderers.”

Here’s what path tracing will deliver for Minecraft, according to Nvidia and Mojang:

● Direct lighting from the sun, sky and various light sources, including emissive surfaces such as glowstone and lava

● Realistic hard and soft shadows depending on the size, shape and distance of the light source 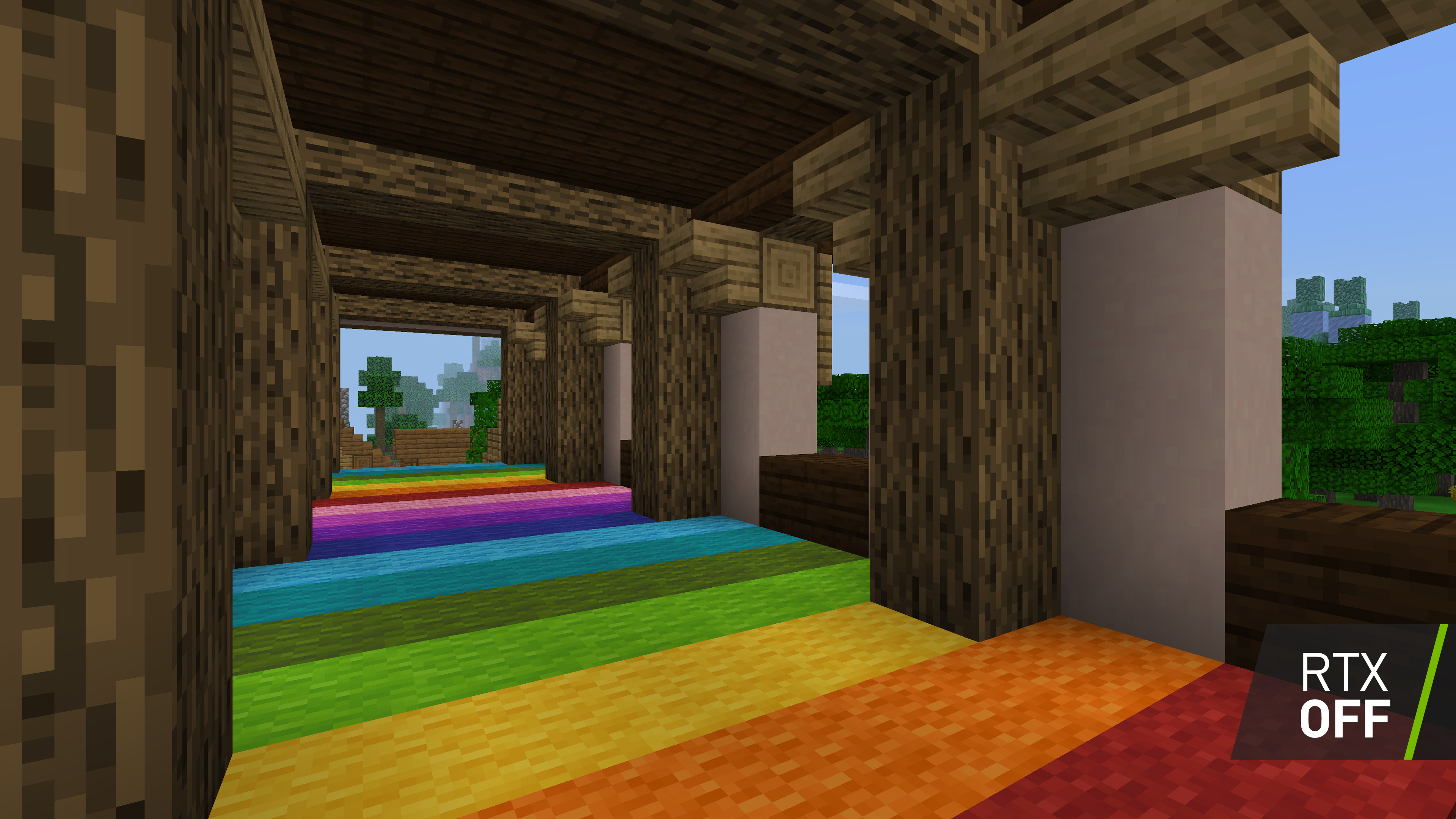 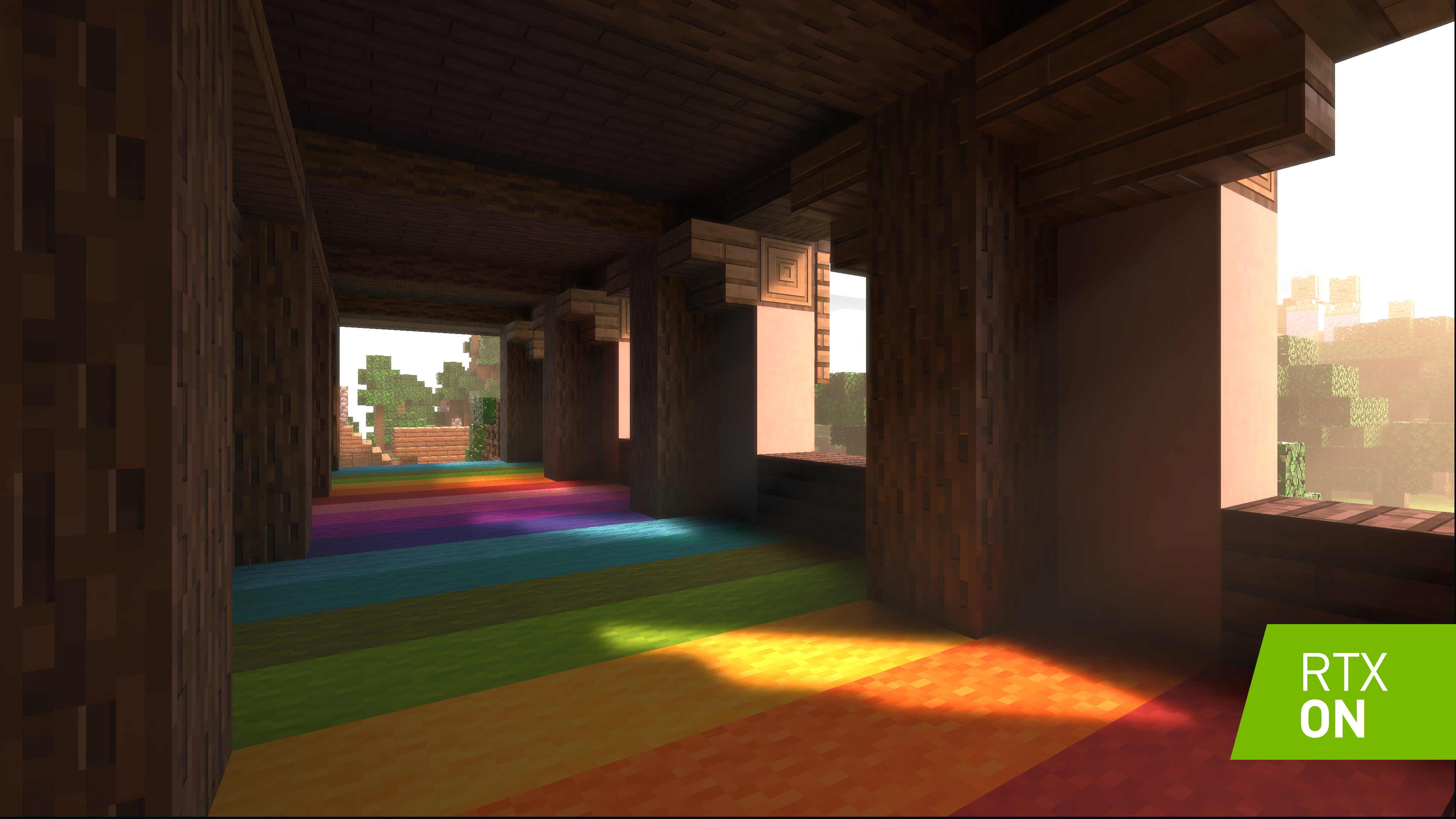 Nvidia and Mojang’s announcement comes just one week after the Minecraft maker said it had canceled development of the Super Duper Graphics Pack, an official visual overhaul that Microsoft revealed at E3 2017. The optional add-on, which was originally planned for release in fall 2017, would have added “dynamic shadows, lighting that streams through fog, movement in leaves and grass, new textures for mobs and villagers, directional lighting, [and] edge highlighting.” More than two years after announcing the update, however, Mojang said it “proved too technically demanding to implement as planned” and added, “We aren’t happy with how the pack performed across devices.”

The DLC’s cancellation and the announcement of ray tracing support seem to be coincidental, even if the timing doesn’t look great. Think about it this way: The Super Duper Graphics Pack was originally in development for Minecraft on Windows 10 and Xbox One, with Mojang saying it would perform best on “high-end PCs and [Xbox One X].” But ray tracing is limited to a smaller audience — PC owners who have a recent Nvidia Pascal- or Turing-based GPU. A Microsoft spokesperson confirmed to Polygon that ray tracing in Minecraft will not be exclusive to Nvidia graphics cards, but those are the only consumer-level GPUs currently available that support the technology.

And since Minecraft’s ray tracing update relies on path tracing, it will likely require one of Nvidia’s relatively expensive RTX cards, which have hardware-based support for ray tracing. (The cheapest one, the $349 RTX 2060, can’t run Quake 2 RTX at 60 frames per second in 1080p with all ray tracing effects enabled.) Meanwhile, Nvidia’s chief competitor, AMD, has yet to announce a graphics card with hardware-based ray tracing features or release a driver that enables support for Microsoft’s DirectX Raytracing API on Radeon GPUs. 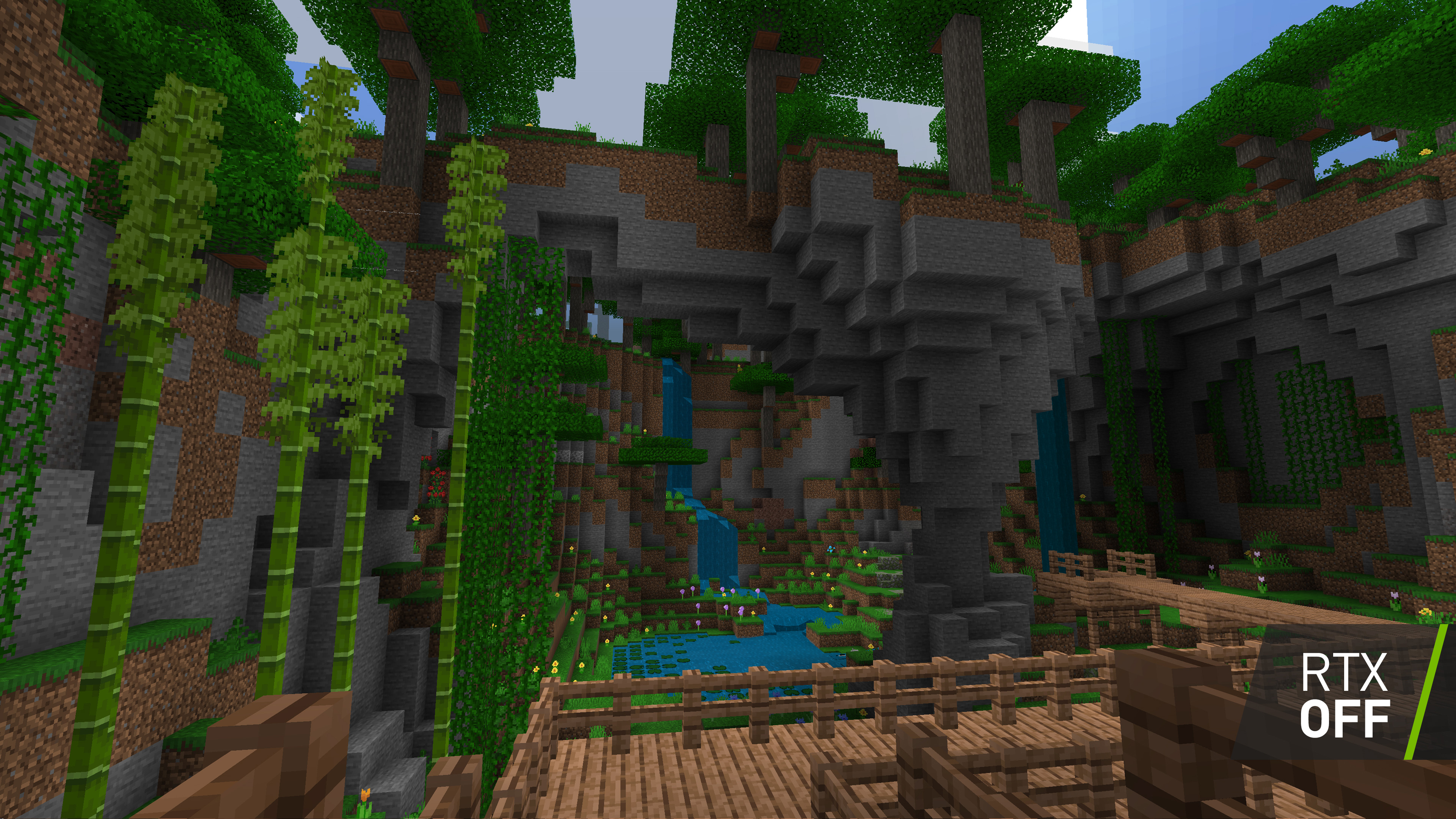 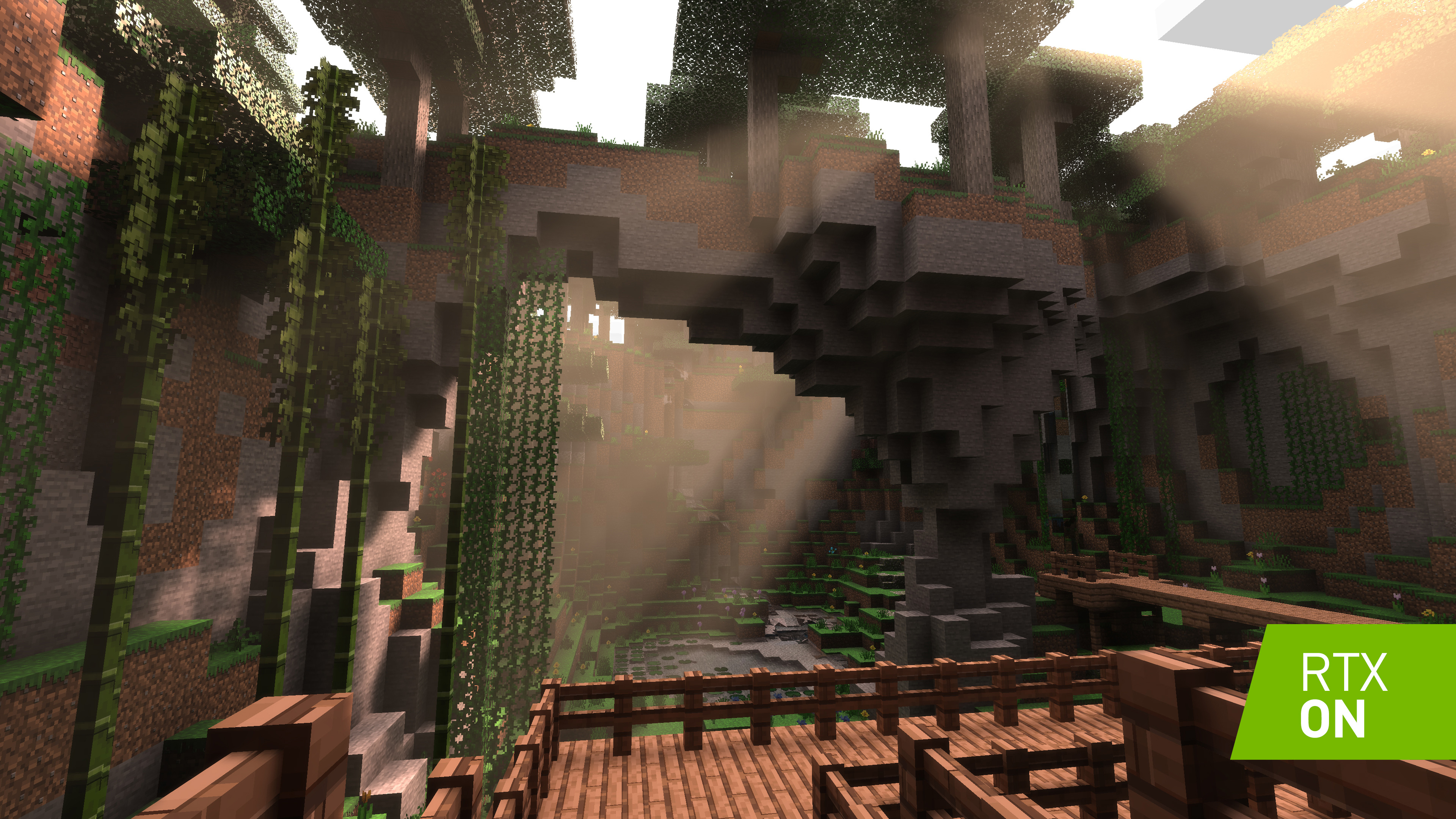 Asked about the canceled Super Duper Graphics Pack and Minecraft’s upcoming RTX update, a Microsoft representative told Polygon that the development of the two items was “unrelated” — in other words, the latter should not be seen as an intended replacement for the former.

“Minecraft with RTX is an unrelated feature enhancement to the Render Dragon graphics engine that will bring new capabilities to devices that support DirectX [Raytracing],” the spokesperson said in a statement. And there’s hope yet for people who don’t have a beefy gaming rig with a fancy new Nvidia RTX GPU, including those who play Minecraft on platforms outside PC.

“Long term, we are working to bring additional graphics capabilities to non-raytracing devices,” the statement continued. “The community response to Super Duper has helped show us that we were on the right track with the vision for Super Duper, so we’re still exploring new options and working on expanding the capabilities of our new graphics engine, Render Dragon.”