How does Miles Morales perform on PS5, compared to PS4?

PS5 is the clear favorite

Share All sharing options for: How does Miles Morales perform on PS5, compared to PS4?

Both versions of the game are identical in terms of gameplay and story. But the PS5 version of Spider-Man: Miles Morales is noticeably better in some key places.

How much better, you ask? I finished Spider-Man: Miles Morales twice on PS5 — standard and new game plus — and played for several hours on a PS4 Pro. Here’s what I discovered in that time. 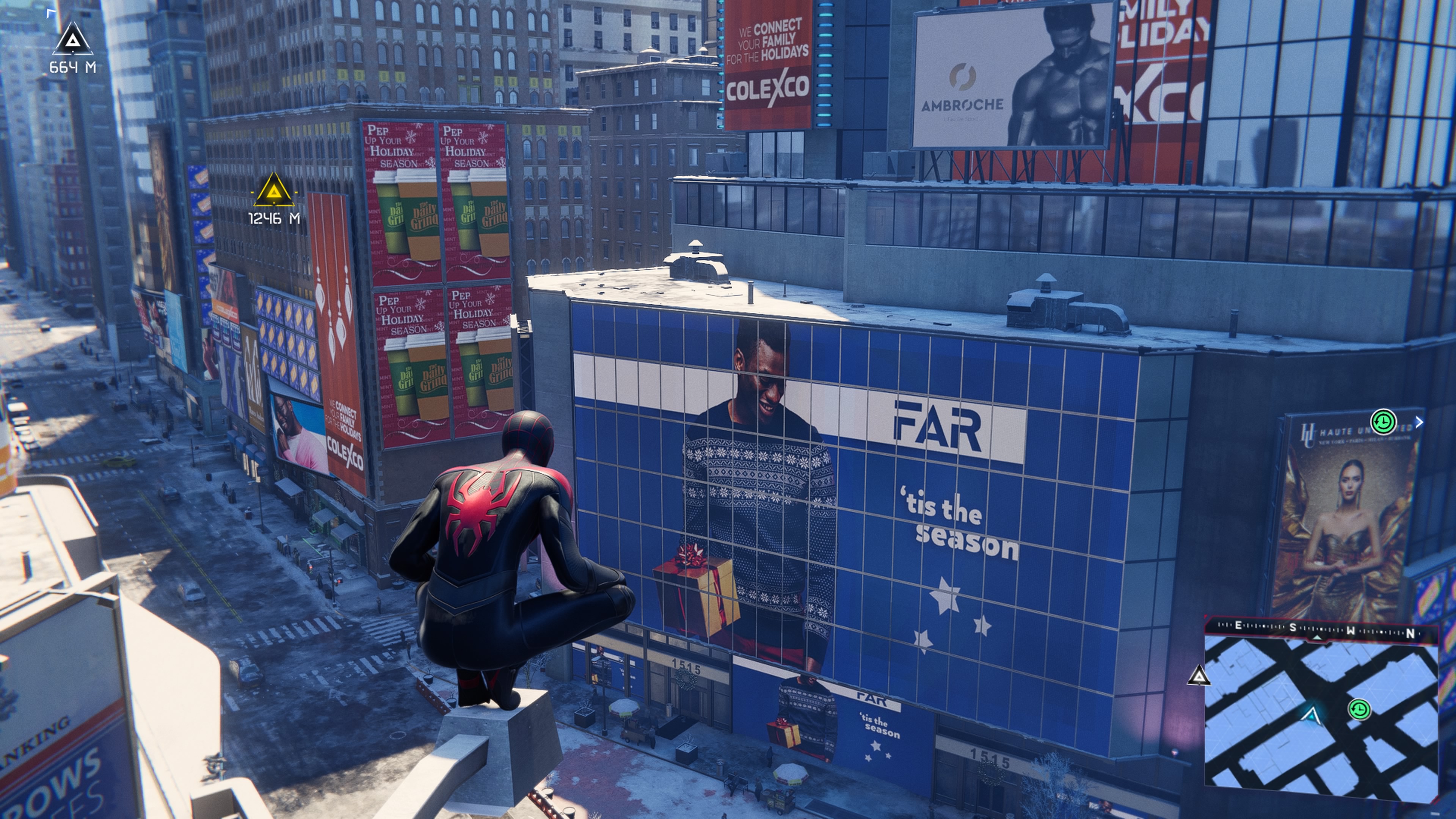 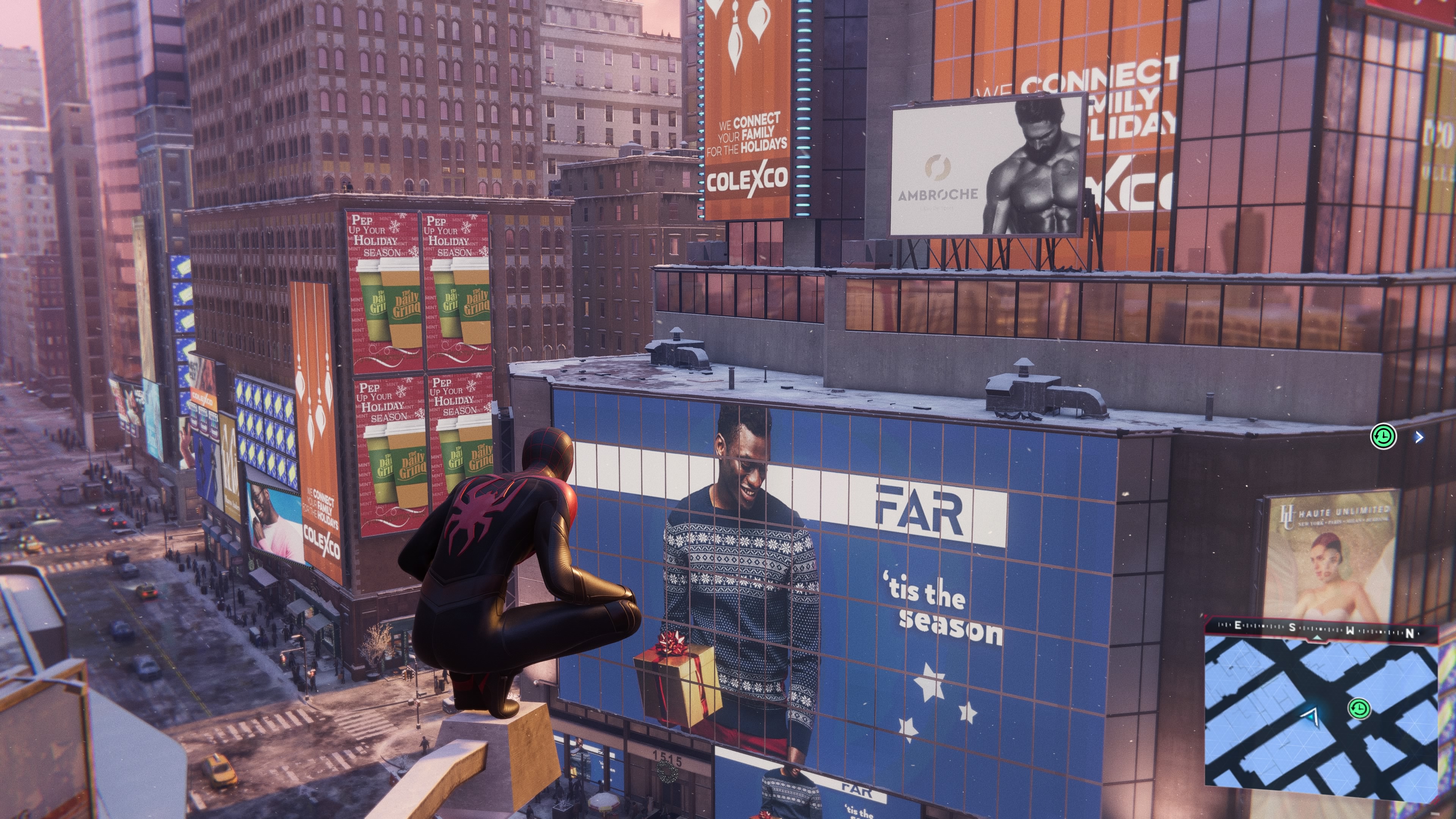 When you start up Miles Morales on the PS5, the game asks you if you want to prioritize visuals or performance. The game looks great on either setting. I went with performance, which targets a frame rate of 60 frames per second. In all my hours with Miles Morales on PS5, I can’t think of a single time I noticed a frame rate dip, let alone any major slowdown.

I can’t say the same for Miles Morales on PlayStation 4. This version is noticeably slower, running somewhere around 30 frames per second. We’ll get to the slightly muddier visuals later, but the game just appears to move more slowly — largely due to the noticeably lower baseline frame rate. That said, the game actually runs pretty well at that lower frame rate, and we didn’t run into any major frame rate dips during the first few hours of the campaign. But keep in mind that this is running on a PS4 Pro. A standard PS4 might run into more significant issues. 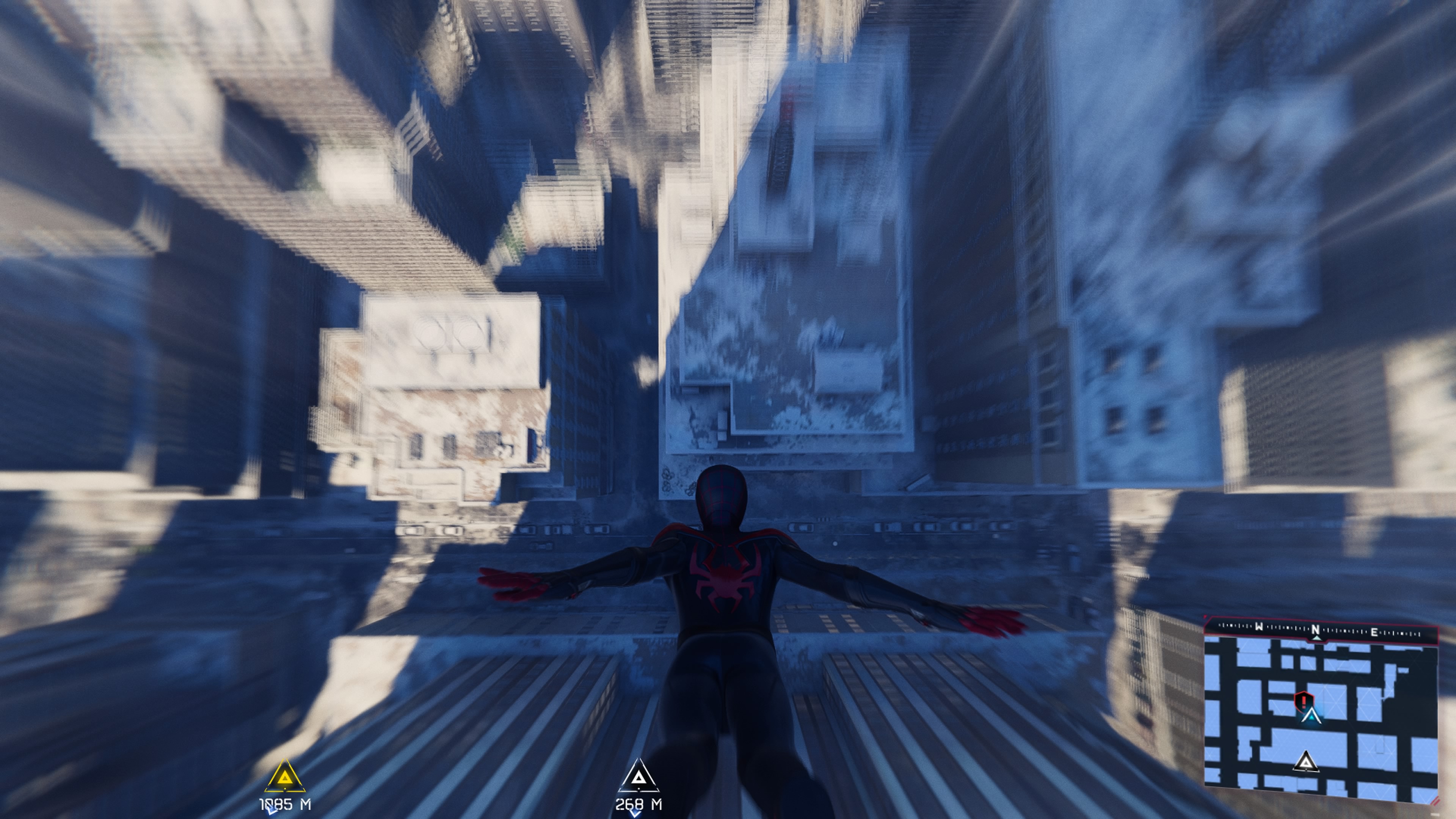 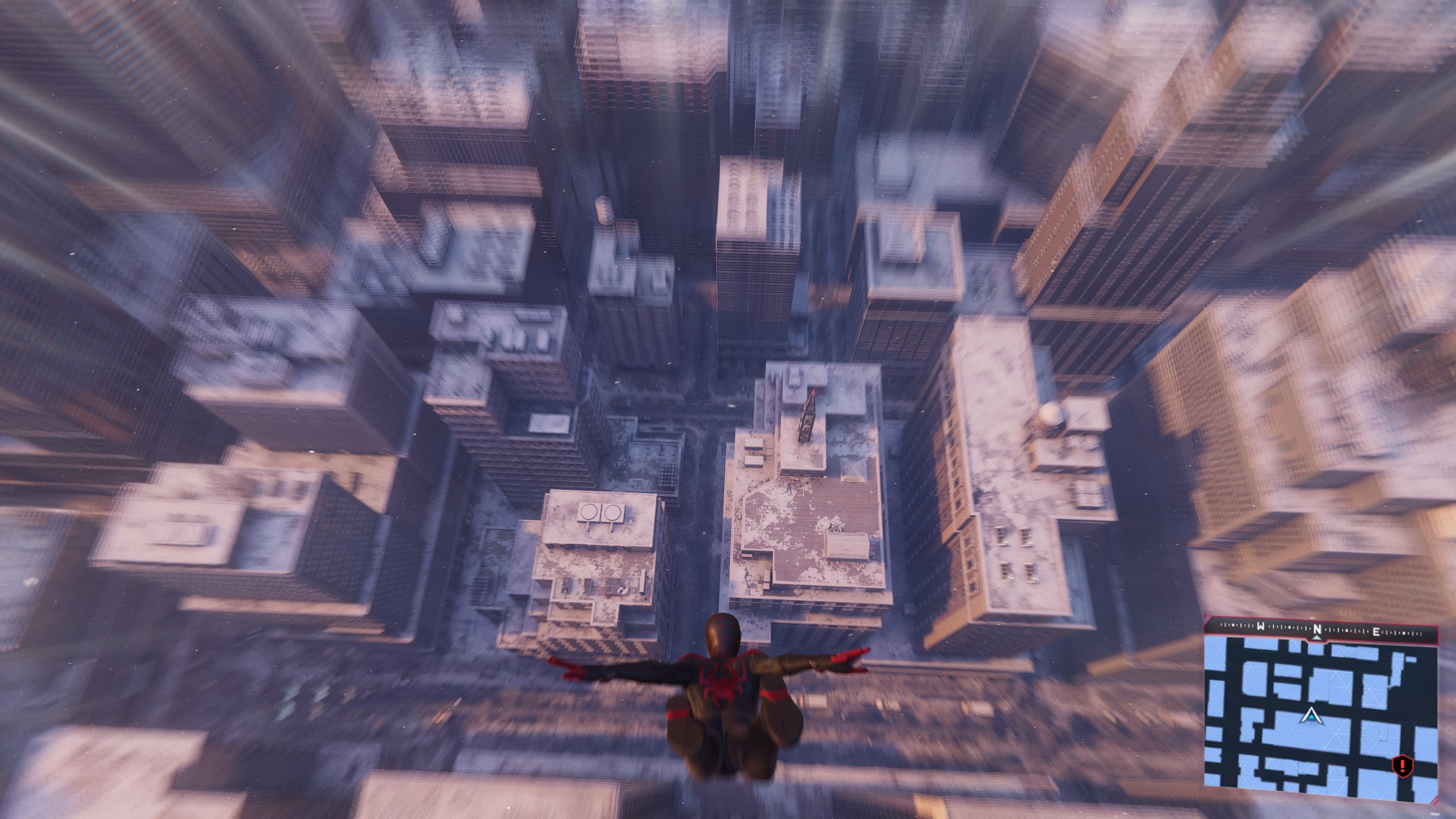 The load times are the major differentiating factor for the two versions of Miles Morales. Not only does the game load extremely quickly on the PS5, but it loads pretty poorly on the PS4.

In Spider-Man: Miles Morales for PS4, the game stopped mid-action for a load not once but twice. The first was during the game’s opening action sequence. While riding through the city on the back of a villain, the PS4 paused for a second or two to load mid-cutscene — the loading indicator appeared in the bottom right and everything.

The second load disruption was quite a bit worse. While swinging through the city, Miles froze for a second — in midair, suspended by his web — while the game took a moment to load in the nearby areas of New York. This was the most frustrated I ever got with the PS4 version of the game. Insomniac’s Spider-Man games rely so heavily on that flow — both in combat and traversal — that losing it for even a second was pretty jarring.

Again, remember that I played Miles Morales on a PS4 Pro. It’s entirely likely that these load issues are worse on the standard PS4.

On PS4, the Miles Morales fast travel system includes a charming scene of Miles riding the subway in his spider-suit as he moves from one location to the next. These scenes take between 15 to 20 seconds, which isn’t too bad for PS4-era load times.

And then I tested these same fast travel load times on PS5.

Fast travel in the PS5 version of Miles Morales is essentially instant. The scenes of Miles riding the subway do not exist. I could be in the Financial District and travel back to Miles’ apartment in Harlem, and the game would just display a black screen for a second and then show Miles running up and out of the subway. (There’s even a setting to enable the subway cutscenes, just for the heck of it.)

While I don’t often use fast travel in the Insomniac Spider-Man games — I don’t mind swinging through the city — this is easily the most impressed I’ve been with my PS5. 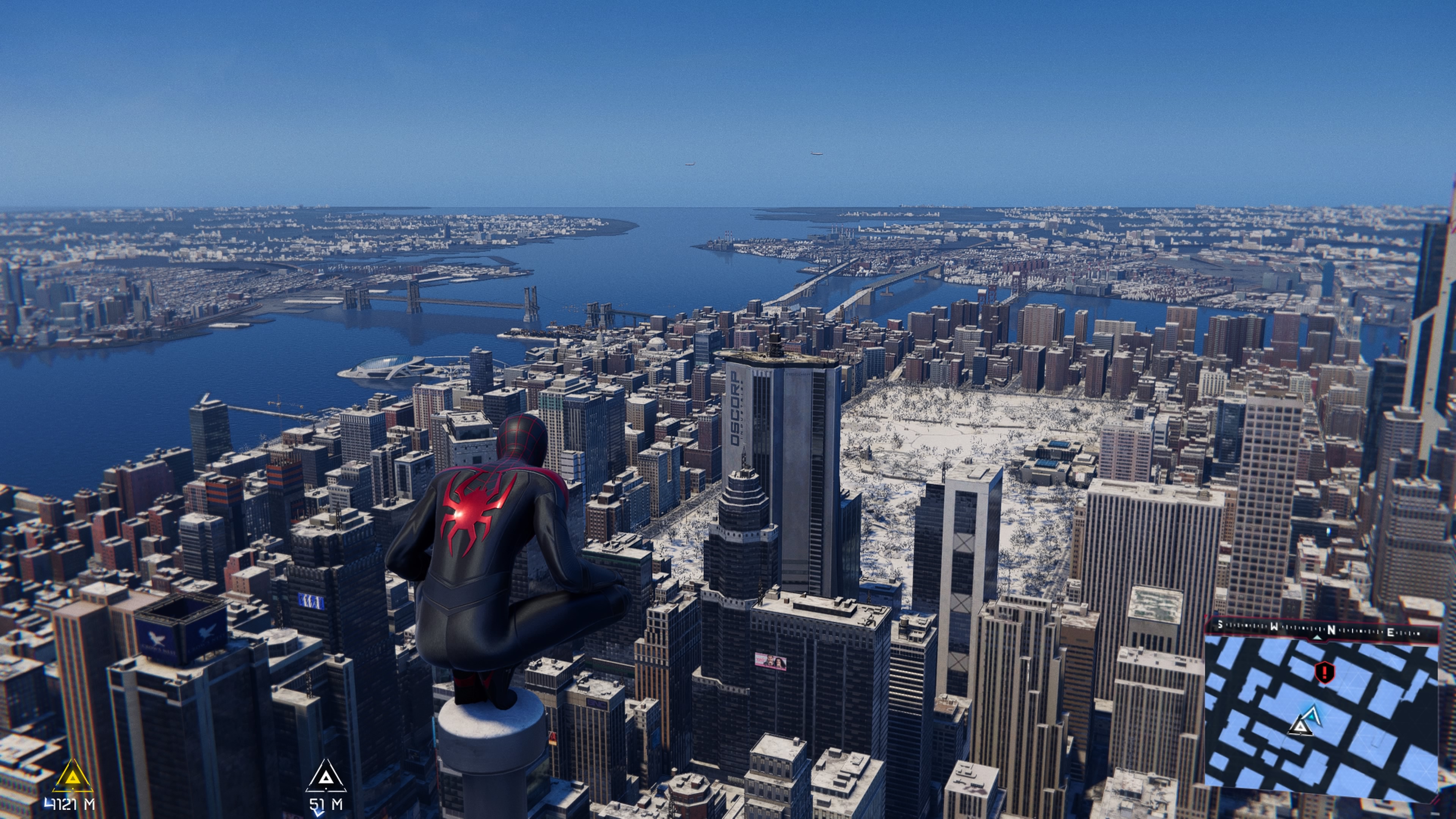 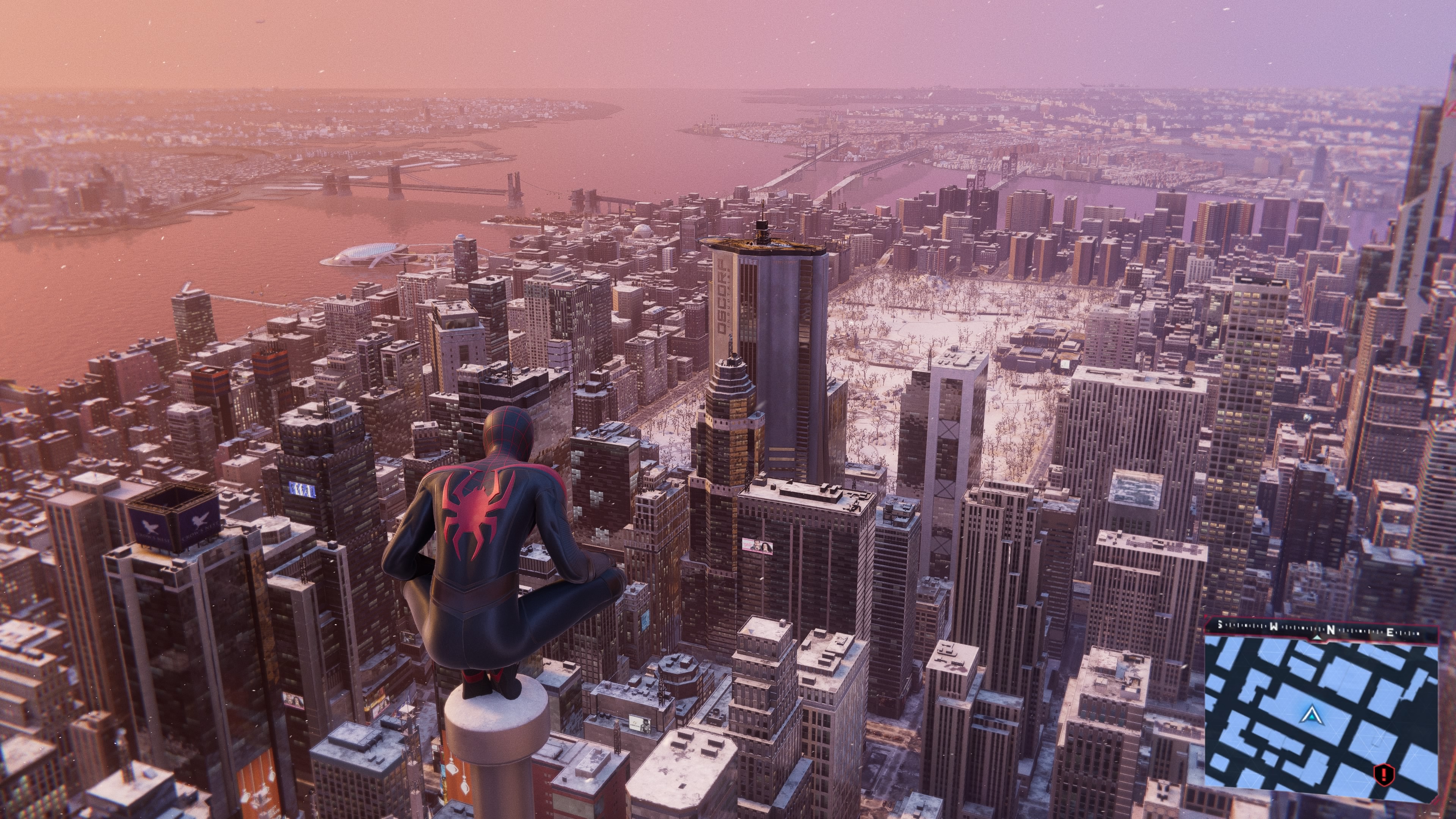 The good news about Spider-Man: Miles Morales is that it will look good no matter where you play it. But it will of course look better on the PS5 — even when prioritizing performance over visuals.

In the image sliders throughout this post, you can see for yourself that the PS4 version of Miles doesn’t look bad. But if you compare the two images of Miles perched on the Empire State Building above, you can see some of the clear improvements in the PS5 version.

For the PS4, there is a noticeably shorter draw distance. The buildings around Oscorp look a little muddied and have fewer details. If you look out toward Harlem, the buildings look more like tall bricks with tiny black spots for windows. And the river has a flat, blue sheen over it.

On the PS5, the city looks much more alive by comparison. In the PS5 shot, you can see the details really sing in those faraway buildings. Nothing looks particularly choppy or muddy, the colors extend all the way out, and I can make out minor details in even some of the farthest buildings. 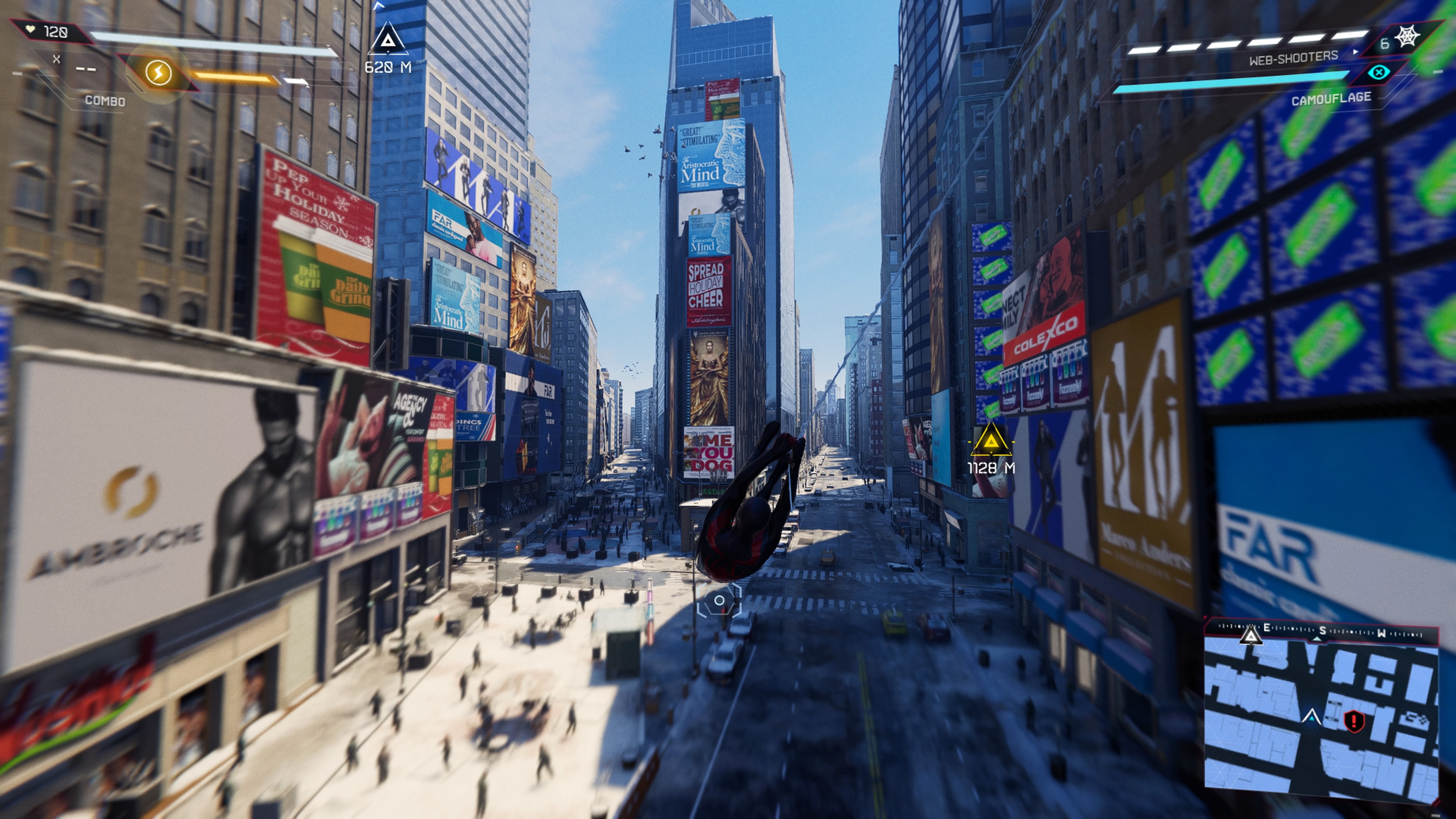 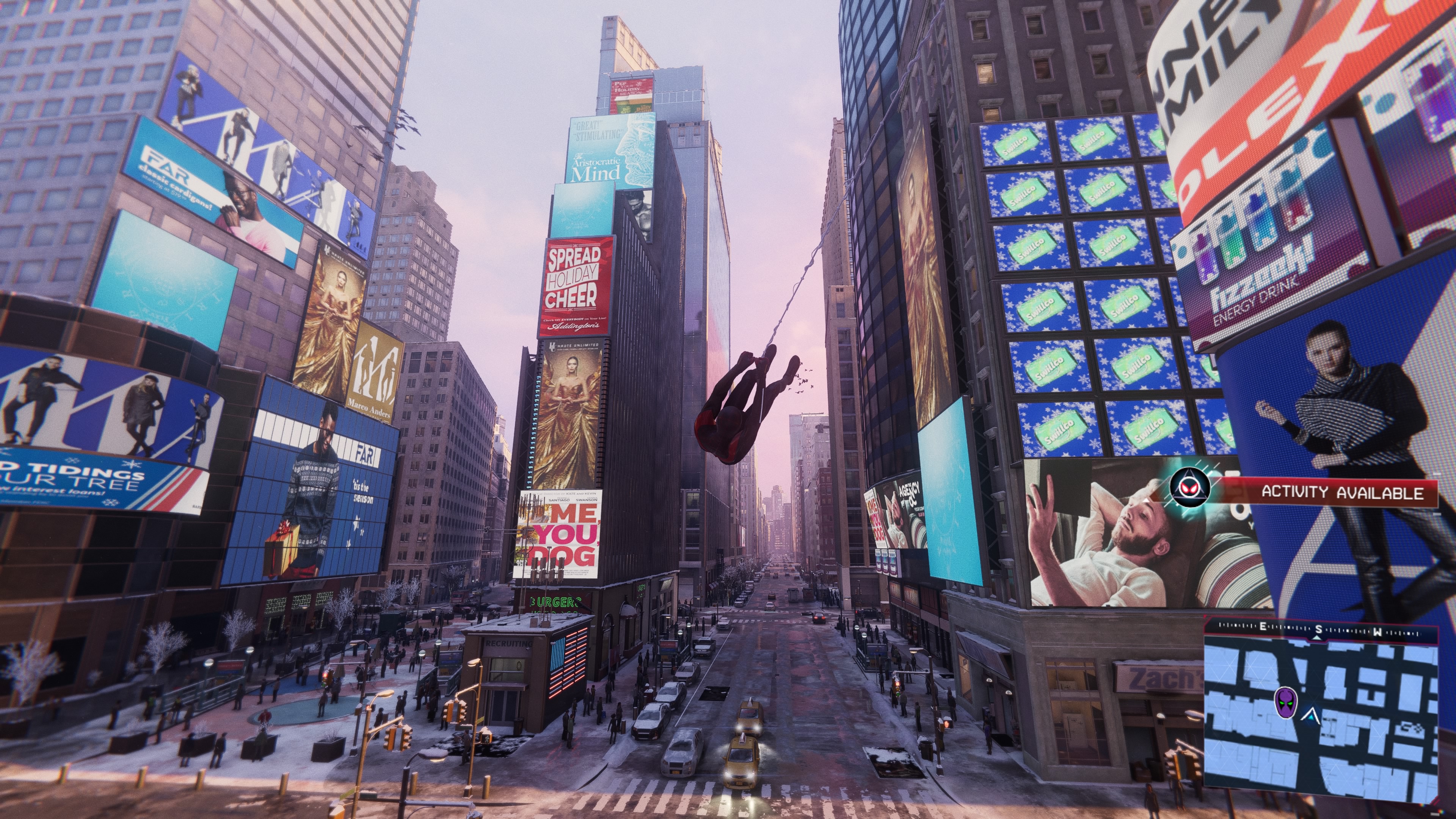 The swinging-through-Times-Square action shot is another good comparison. On the PS4, the nearby buildings and billboards are very difficult to make out mid-swing. Without the comparison shot, it’s hard to tell what some of those billboards say, even if the focal area is relatively clear.

The PS5 screenshot paints a different picture. While Miles is at more of an apex on his swing — meaning he’s slowing down a bit — you can clearly make out everything around him. And even in motion, the billboards look digital rather than flat. These details are small, but as you can see in the diving image farther up in the piece, both games blur during extreme movement — although the PS5 still maintains a bigger focal point.

Spider-Man: Miles Morales is perfectly competent on PS4. If you know you won’t have access to a PlayStation 5 for a long time and you’re struggling with whether you should play Insomniac’s latest right now, this PS4 version will serve you just fine. But the PS5 version is smoother, has incredible load speeds, and looks markedly better.