The 15 biggest moments from the 2020 Oscars ceremony

Share All sharing options for: The 15 biggest moments from the 2020 Oscars ceremony

The 2020 Oscars are done, but the screenshots and viral videos will live on. This year’s Academy Awards were full of highs (Parasite for Best Director and Best Picture) and some humdrum lows. (Remember Eminem? Here he is with a surprise performance of his 2003 Oscar-winner “Lose Yourself.”) As usual, the ceremony covered the full gamut of human emotion, with the winners and audience displaying everything from shock to excitement to seeming revulsion to naked vulnerability.

For those who missed the broadcast, or just want to relive the show’s most entertaining moments, we’ve rounded up the funniest, strangest, sharpest, and most satisfying events at the 92nd Oscars ceremony.

The Parasite cast on the red carpet

That’s it, that’s the moment. 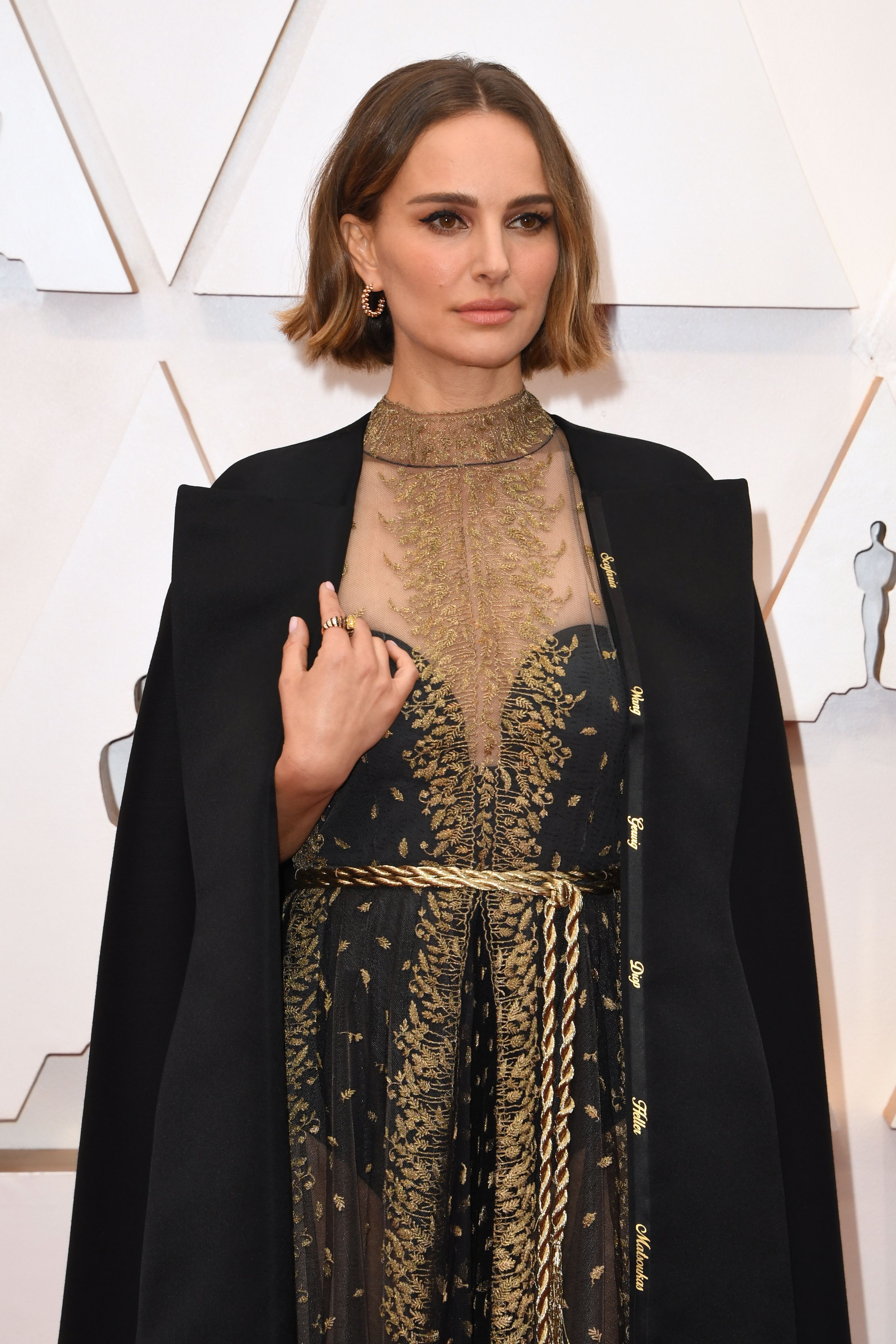 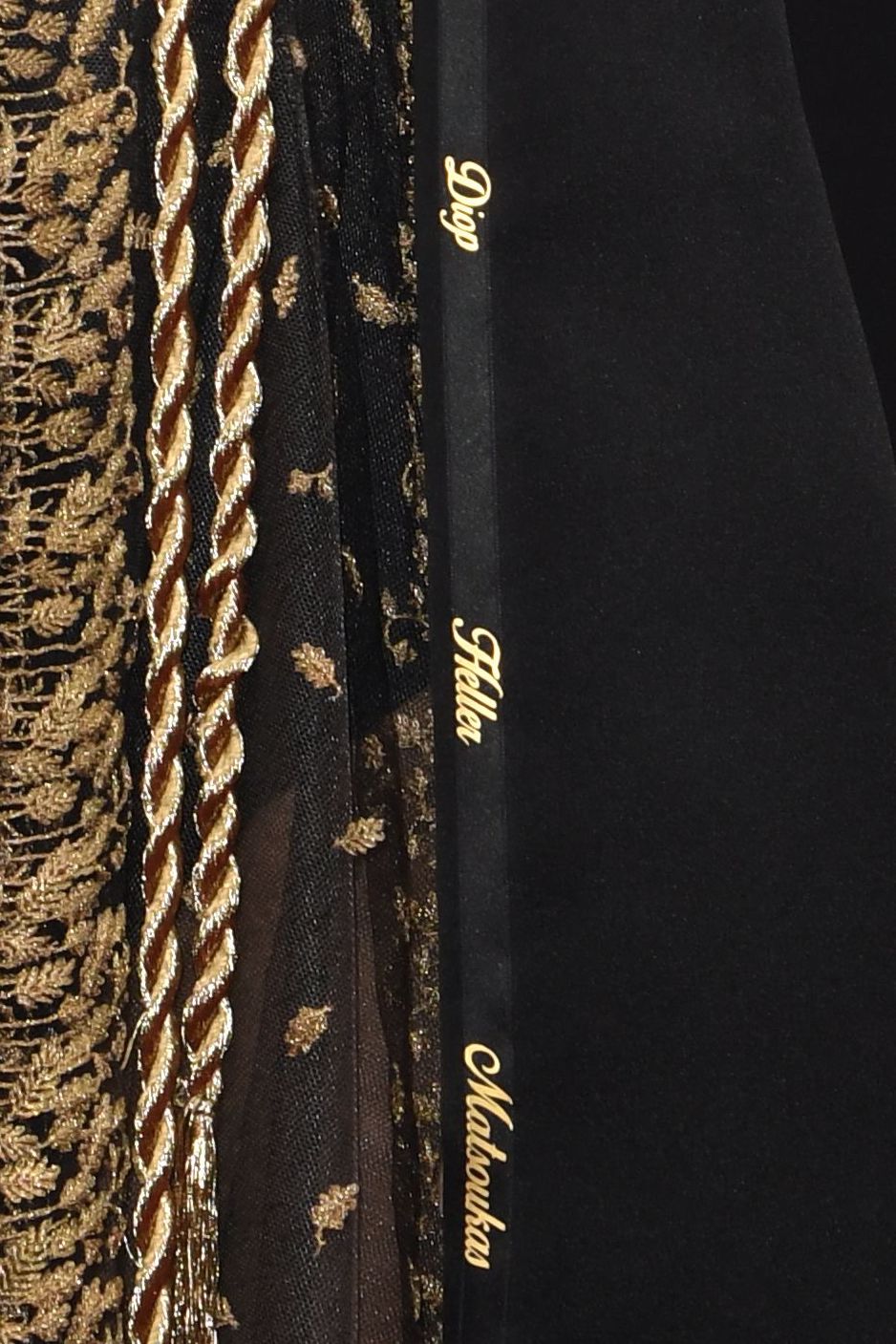 The actress wore an outfit embroidered with the names of all the female directors who were snubbed for this year’s Oscars. All five Best Director nominees this year are men.

Sporting a tracksuit-esque ensemble, young Chalamet looked like he wandered in from the set of Ford V. Ferrari, or maybe just came from restoring his Pop-pop’s pickup truck.

when you get promoted from junior mechanic to shop manager pic.twitter.com/fasGMDuaya

Jess Mariano walked so Timothée could fix my Honda pic.twitter.com/11XuU32QTR

“Representation matters deeply,” said Toliver. “Especially in cartoons. Because in cartoons, that’s when we first see our movies and how we shape our lives.”

“We wanted to normalize black hair,” said Cherry. “There’s a very important issue that’s out there, the Crown Act. And if we can help get this passed in all 50 states, it will help stories like DeAndre Arnold’s from happening.”

DeAndre Arnold, a special guest of Cherry’s at the Oscar, was blocked from attending graduation unless he cut his dreadlocks. The Crown Act Cherry described would prevent discrimination based on hairstyles.

Cherry ended by paying homage to the late Kobe Bryant.

10 Elsas performed “Into the Unknown”

Idina Menzel of Frozen 2 fame took the stage with the first Original Song performance of the night, joined by nine other Elsa voice actresses from around the world. The 10 Elsas sang a multilingual version of Frozen 2’s “Into the Unknown,” with Norwegian singer-songwriter AURORA accompanying them in the background.

Parasite winning an Oscar (any Oscar, all Oscars) deserves to be called out, but what’s most wonderful about the film’s win for Best Original Screenplay is director Bong gazing joyfully at his Oscar statuette in the background. It’s South Korea’s first Oscar win, and he certainly seems to be feeling the historical moment.

Bong Joon Ho staring at his Oscar and smiling is the most wonderful thing I've ever seen #Parasite #Oscars pic.twitter.com/gyKXCv71Yz

For your enjoyment: Parasite director Bong Joon Ho having a moment with his Academy Award: https://t.co/xomOaNF27X pic.twitter.com/M4ocvIS5ya

Billie Eilish was all of us

During some, uh, singing banter between presenters Maya Rudolph and Kristen Wiig, Grammy-winning singer Billie Eilish smiled in a very confused way. It captured the outsized emotions of “OK Boomer” in a way that’s never been encapsulated before. Some people on Twitter commented that she was just reacting to the sight of her own face onscreen, but that’s a pretty “OK Boomer” reaction too.

Eminem did a rap

During a clip show of musical moments from cinema, rapper Eminem rose from beneath the stage and rapped “Lose Yourself.” The entire clip show — and its introduction by Lin-Manuel Miranda, and the introduction to the introduction by Hamilton star Anthony Ramos — was just a setup for an Eminem performance. Some of the crowd was into it! (Star Wars: The Last Jedi’s Kelly-Marie Tran rapped along to all the words.) And some… weren’t. Martin Scorsese, for instance, looked like he was having an out-of-body experience. Idina Menzel seemed incredibly confused.

His palms are sweaty

And Billie Eilish made that same face again.

when eminem starts performing "lose yourself" at the oscars for ... some reason pic.twitter.com/yNcDSRJDHP

Randy Newman played the piano in a sea of clouds

And it was delightful.

Rebel Wilson and James Corden came out on stage dressed as their characters in the cinematic masterpiece Cats, to noises of surprise and amusement from the audience. (The characters are Jennyanydots and Bustopher Jones, respectively, if you’re curious.) “As cast members in the motion picture Cats...” Wilson said. “...nobody more than us understands the importance of good visual effects,” Corden completed. Then they announced the winner of the Best Visual Effects Oscar.

But first, they batted at the microphone in character. This is the Cats content we needed, probably much more than we needed Cats itself.

After winning Best International Feature and giving a speech about the meaningful renaming of the category (as well as receiving a standing ovation for the win), Parasite director Bong Joon-ho declared, “I’m ready to drink tonight.”

Elton John appeared on the stage with a purple suit, a colorful light display featuring his own face, a giant star-shaped glasses prop, and a shimmering red piano to perform “(I’m Gonna) Love Me Again” from Rocketman (which snagged Best Song!) We stan a king.

In Parasite’s third win for the night, Bong Joon-ho took home the prize for Best Director. After saying he’d thought he was done for the night, he gave a remarkable speech that touched graciously on the ways his fellow nominees have affected him. He noted how inspiring he found Martin Scorsese’s films as a young filmmaker, and the ways Quentin Tarantino championed his work when no one in America was aware of Bong’s name. After mopping his brow, he capped his speech with, “I will drink until next morning.”

having a translator for your awards speech seems like the clutch move because you can quietly freak out while the translator talks pic.twitter.com/0sCLT1ysHH

Olivia Colman told everyone about her sex life

Colman, who won the award for Best Actress in a Leading Role last year for her role in The Favourite, announced that her win was the best night of her husband’s life. Wink wink, nudge nudge. Then she went on to announce the nominees for Best Actor. Power to you, Olivia Colman.

After grabbing three other awards, Parasite became the first non-English language film to win the top prize at the Academy Awards. Director Bong Joon-ho, who seemed increasingly stunned and overwhelmed as Parasite’s wins racked up, accepted the prize with the cast and crew.

A lighting mishap threatened to cut their acceptance speech short, but when the stage lights went down on them, the audience began yelling “Up! Up! Up!” and making curtain-raising gestures until the lights came back on. Korean entertainment mogul Miky Lee stepped up to finish off the night.

“I’d really like to thank Director Bong,” she said. “Thank you for being you. I like everything about him. His smile. His crazy hair. The way he talks. The way he walks. And especially the way he directs.”

As for the impact of the history-making moment, fans of Parasite, Bong Joon-ho, and cinema are feeling the triumph tonight. As of press time, it remains to be seen whether they’re planning on following director Bong’s lead and drinking until morning.