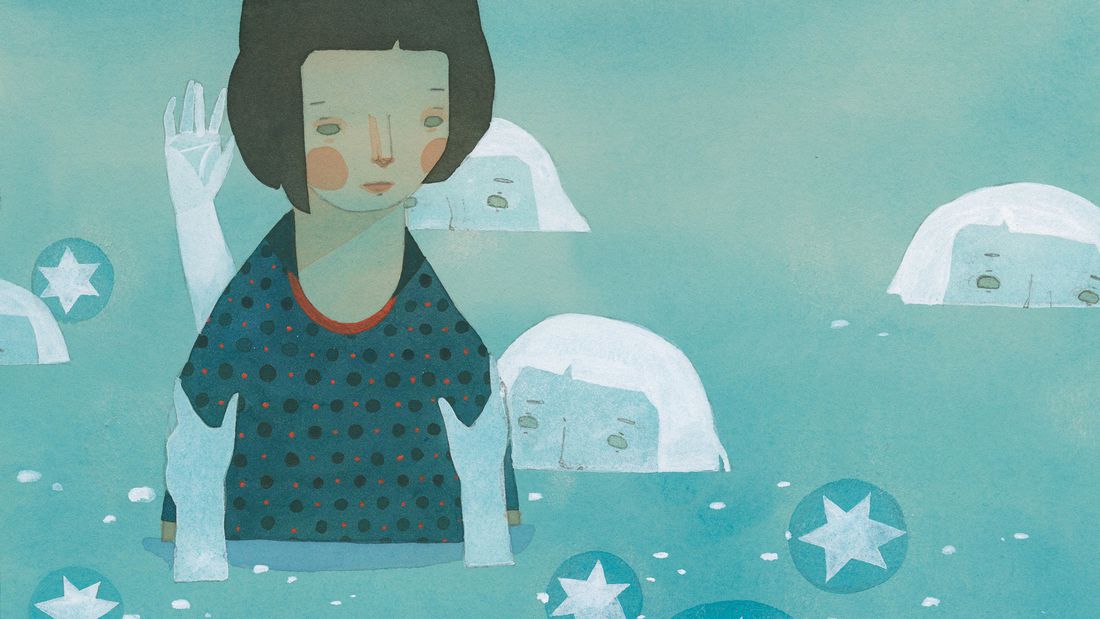 he one emotion that game developers seem most comfortable conjuring in players is outright terror. Once again, this year is packed with all manner of creepy games designed to frighten the jellybeans out of us all.

And when it comes to horror, you can't really find a more iconic character than Jason Voorhees, who is making a welcome return via ...

... a Kickstarter project that's seeking to try something genuinely interesting in the survival genre. It's a third-person asymmetrical hide-and-seek game in which one player gets to be a crazed, over-powered killer and everyone else gets to be scampering, under-powered teenagers.

Friday the 13th is set in Camp Crystal Lake, the same location as the early movies. The maps include random drops of stuff like weapons, escape vehicles and telephones. Unfortunately, once Jason knows where these things are located, he's liable to keep an eye on them. One of his abilities is to insta-travel anywhere on the map. He can also smell fear, via a special meter.

"There’s a famous quote," said Producer Ronnie Hobbs last year. "'Everyone has a plan until they get punched in the mouth.' But that never works out. Somewhere along the way, Jason shows up and changes your plan in an instant. You run. Your plan’s out the door, just like in the films."

There was a time when spooky lakeside retreats and abandoned asylums were the de facto locations for horror movies. But that was before we came to know of a theme restaurant called Freddy Fazbear's Pizza, home of the hit Five Nights at Freddy's series. Now creator Scott Cawthon seems to be going in an entirely new direction with ...

...which he says is not a horror game, but is nonetheless pretty creepy. A trailer released in October showed the original series' jump-scare animatronics in a cutesy role-playing scenario. Around that time, Cawthon said he wants to portray the characters "in a new and fun way because they are so near and dear to my heart, and I was excited to work on a type of game that I hadn't made in a long time."

He said it will be a "role playing game where you create a party using the huge selection of characters from the FNaF games, including the classic, withered, toy, phantom and nightmare versions."

He's taking his scary menagerie and making it cute, which just might be the creepiest idea he's ever had.

Moving on from frightful animatronics to good old-fashioned zombies, there's another ...

... game coming out this year, this time from developer Overkill. Unlike Telltale's narrative adventure series, this game takes its cue from the developer's previous Payday co-op first-person shooters.

"I'm told it will be in a bigger world than Payday currently encompasses," said Walking Dead creator Robert Kirkman, speaking at SXSW last year. "They are going to be learning a lot of stuff from Payday that they will be incorporating into the Walking Dead game."

Overkill released a disturbing trailer back in 2014, followed by a VR demo at E3 in 2015, which the company said was adjacent to, but different from the game itself. The company describes the main game as including "elements of action, role-playing, survival horror and stealth."

... is a survival title from Compulsion Games, the team behind silhouette puzzle game Contrast. It's set in a small England town in an alternative dystopian 1960s.

The player is stuck in the fictional town of Wellington Wells among a drug-addled population which is suffering from all manner of psychosis. You are sober as a judge. The people don't like that, so you have to blend in to survive long enough to make it out of town.

One survival strategy is to take the drug, called Joy, though this has some deleterious effects, including death.

"Hopefully we’ll create moments and experiences that people really love, and bring a little bit of Joy to gamers all around the world," says Compulsion's Sam Abbott. "Just don’t take too much!" We Happy Few has a striking BioShock-esque art style, mixed with hide-and-seek survival mechanics and, despite being made in Montreal, an oddly British vibe that's reminiscent of shows like Doctor Who.

... a first-person horror game very much inspired by P.T., the terrifying playable teaser for cancelled Konami game Silent Hills. The player wakes up in a house, moves about, explores and gathers evidence of a nasty crime. It soon becomes apparent that the player is not alone.

Back in July, developer Lilith released a 13-minute gameplay prototype, but has been largely silent since.

"Even though we might not have a big budget or a big crew for that matter, we are a bunch of highly passionate individuals who are trying to develop to the highest standards with the means we have available to us," the developer's Facebook page reads.

Another British outfit seeking to bridge the gap between indie sensibilities and so-called AAA production values is Ninja Theory, which is best known for Heavenly Sword, Devil May Cry and the cult favorite Enslaved. Its next title ...

... is being made away from the scrutiny and influence of publishers. "Creating Hellblade independently is allowing us to explore themes that might seem unconventional," says Product Development Manager Dominic Matthews. "We’re combining our creative freedom with AAA quality production values."

Hellblade is the the story of Senua, a Celtic warrior who travels into hostile Viking lands. The game's titular hell is the manifestation of Senua's mental illness through which the player perceives a world of fear and grotesques.

The development team has been working with a professor of neuroscience as well as consulting "directly with people who have experience of mental health difficulties."

Crafting horror through the eyes of the protagonist is also the aim of ...

... though 'eyes" is probably not the correct word here. Perception's main character is a blind woman called Cassie who "sees" the world through echolocation. Every sound creates a distinctive visual map which players negotiate in first-person. It's a singularly unusual game, developed by The Deep End, a group of people who previously worked at Irrational on BioShock games.

Perception takes place in an abandoned mansion where Cassie is being stalked by supernatural beings. She must use her wits to solve a mystery, surviving through stealth and cunning, rather than gunplay.

"Perception challenges players to experience the world in a different way," says Creative Director Bill Gardner. "Gaming hasn't had a protagonist like Cassie before and by walking in her shoes, players will get a fresh take on narrative, horror, aesthetic and perhaps most importantly, the world."

Creeping around a bad place without weapons was also the point of 2013 survival horror hit Outlast, with the sequel ...

... due in the fall. Created by Red Barrels, it's set in the same universe as the original, though with different locations and new characters. Not much is known about the new game. A teaser was released in October that showed a fiery cross.

The original game was the story of a reporter taking a dark first-person trek through an asylum, where evil doctors were up to no good. Much of the game's style and inspiration was reminiscent of found footage horror movies, in which the action is captured on night-vision camcorders and mobile phones. It was pretty scary.

"We’re in full control of what we ship and when we ship it," says Red Barrels President Philippe Morin. "For the first Outlast, we were in a rush to release the game before running out of money. Because more than 3.5 million players have played the first game, we’re now in a position to make decisions based on our ambitions."

Horror games are often designed along linear narratives, drawing the player from one staged fright to another. But the rise of survival horror has brought open worlds into vogue. Generally, they are made of subdued hues, but this is not the case with ...

... an open world first-person survival affair. It's a beauty. The game is set on a futuristic island colony called Eden. People in the colony have been infected with a disease and are experiencing rapid bone growth. As they transform, the player's goal is to stay alive as long as possible. Pamela is the name of an AI that accompanies the player through Eden.

Pamela's developers say the art style was inspired by games like Mass Effect and Mirror's Edge. The similarities can be seen in the debut trailer from NVYVE Studios, which makes use of bright colors not usually seen in traditional survival games.

"You’re a faceless character woken up by Pamela because she’s reaching out to the last remaining scrap of humanity on Eden," said Level Designer Adam Simonar last year. "There’s a biological outbreak. This horrible disease that’s been inflicting the populous. You’re human still, and Pamela's waking you up to say, ‘Hey, I’m trying to hold on to what I used to have because I used to be watching over these people. Now they’re gone.'"

Next up: Exploration games including No Man's Sky, Mirror's Edge Catalyst, Tacoma and The Division