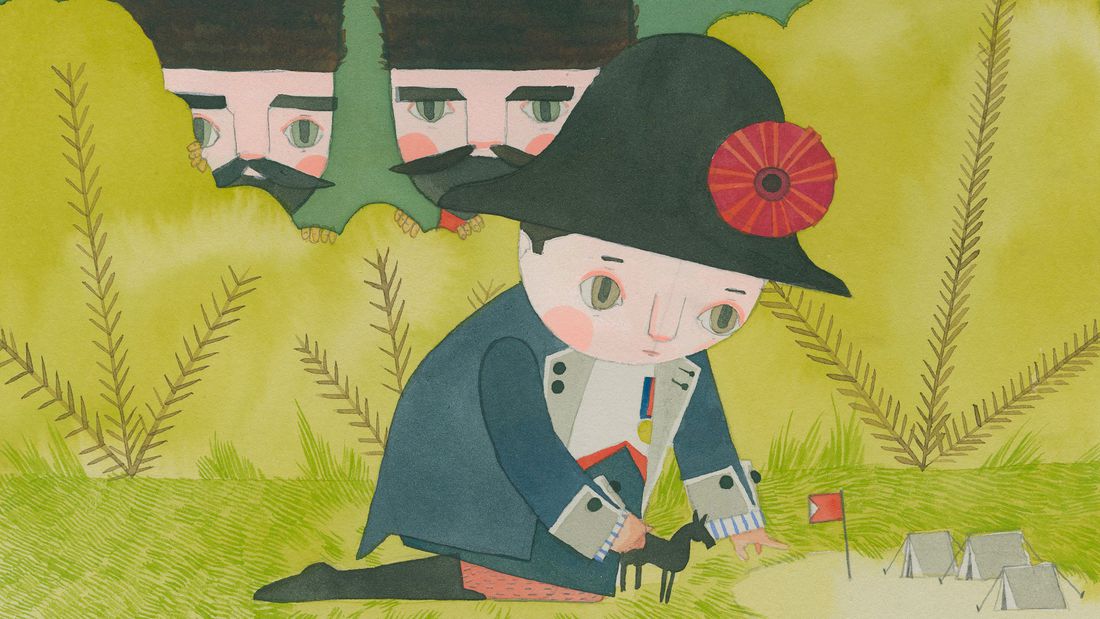 From puzzles to strategy to games that test you with challenging new views of the world, cerebral gaming asks that we get smart, or it makes us think that we are smart.

Most definitely in the former camp is the new game from Jonathan Blow, a testing puzzle and exploration adventure called ...

Due to arrive on PlayStation 4 and Windows PC on Jan. 26, it's Blow's first game since his 2008 hit Braid, which merged a narrative with puzzle devices that subverted traditional platform game design.

The Witness offers a unifying theme to all of its puzzles. Virtually every puzzle in the game takes place on panels that are littered throughout the island. These panels often feature a grid of lines, and your goal is to draw a line on them from a specific starting point to a specific ending point.

The reason the game has taken so long to make is that Blow is taking a simple concept and stretching it as far as it will go. The puzzles are tough to solve because they were tough to pose.

"One of the basic goals driving the design of The Witness was to take this very simple thing — 'hey, I'm drawing a line in a little maze' — and see how much I could actually do with that," said Blow in 2013. "I set it as my goal to explore every possibility and take the most interesting ones and give them to people."

Blow says his game is partly an homage to 1990s puzzle hit Myst which, after its release in 1993, became the biggest-selling PC game of all time, a distinction it held until 2002. And developer Cyan Worlds has a spiritual successor to its point-and-click classic coming out, as well.

... raised $1.3 million on Kickstarter back in 2013 and is scheduled to come out on PC before the middle of this year.

The world has moved on since Myst, and although Obduction is an adventure game in the style of Myst, it's not beholden to the nearly two decades of weight that the franchise now carries.

The game begins with the player in a strange place. The only way to progress is to explore. This being a Cyan Worlds game, that means a lot of clicking around, rewarding you with tough puzzles, gorgeous worlds and a dreamy soundtrack.

"Obduction adds to the growing number of alternative voices in the interactive entertainment industry," says lead developer Rand Miller. "There are plenty of very entertaining AAA titles that follow certain very satisfying formulas, and that’s great. But now more than ever there seems to also be a growing and influential undercurrent of less formulaic titles that keep the industry diverse and drive things creatively. Choice is always a good thing."

If the point of Obduction is at least easy to grasp, the same cannot easily be said of ...

... a PlayStation 4 title from new studio Funomena. Designed by Keita Takahashi, who's best known for making Katamari Damacy and Noby Noby Boy, it's a little difficult to describe, which makes it all the more alluring.

You take control of characters in an incredibly colorful world, and then find ways to connect with other characters by interacting with stuff. The game asks the player to seek ways to do things for others, even silly stuff like blowing things to smithereens, just to see what happens.

"Wattam is important because it's a silly game about something very serious," says Funomena chief Robin Hunicke. "Imagine if, here on Planet Earth, we could get over our differences, connect and have silly fun together. Maybe then all our explosions would be about celebrating the new things we build together, too.

"Creating a universe full of joyful connection and bombastic celebration: that's what Wattam is really all about."

Connections between people is also the theme of ...

... the latest in Atlus’ role-playing series, which pits high school kids against monsters through a connected series of turn-based battles.

As always in Persona games, this one is the tale of a new kid in town, in this case an unnamed 16-year old boy who makes friends with others to create a team called the Phantom Thieves. They use their "personas" to do dungeon battles against enemies. Once defeated, the enemies must confess their crimes against society.

Another bunch of kids dealing with mysterious underground goings on is to be found in ...

... an adventure from developer Night School Studio, due to be released on Xbox One in January. Its creators describe it as Freaks and Geeks meets Poltergeist, with a little bit of Stand By Me and The Goonies mixed in.

Oxenfree is the story of Alex and a group of teen pals who get mixed up in a ghost mystery on an island. The game often plays like a rolling scene from a Telltale game. Real-time conversations and dialog trees pop up constantly even while the characters are engaged in exploration and puzzle-solving through gorgeously designed levels.

"We're really proud that our game lets you move freely while adventuring and chatting, while never sticking you in any cutscenes," says co-developer Sean Krankel. "We also think our characters are super relatable. It's weirdly rare in games to see a smart, funny, normal girl as the hero. We've worked our asses off to create a genuinely scary and cool world with dynamic relationships that are moving and funny."

Humor is a difficult trick in the video game world, but one company that has constantly delighted audiences with its quirky and irreverent take on things is Double Fine, which is preparing ...

... for PlayStation 4. It's a campy side-scrolling puzzle-shooter with an art style that's straight out of 1978. Players take on the role of a disembodied head which must attach itself to the most appropriate body in order to solve progression puzzles.

"Headlander is inspired by 1970s science fiction, which often focused on our conflicting love for and fear of technology," says Lead Designer Lee Petty. "Complex utopian societies collapse into untenable dystopian nightmares because of some missing human element in their technological masterplans. Science fiction from that era also reflected broader cultural influences of the time — the architecture, art, design and social themes of sexual liberation, minority and women’s rights and civil unrest permeated it all.

"Looking back at that work today, the naive take on technology and heavy-handed story devices combine into something that is just so damned charming. It is both existentially profound and undeniably dumb. Headlander hopes to be both of those things."

One genre that is constantly seeking to challenge players is strategy, and 2016 has some big games coming from established franchises and highly respected developers. One such is Firaxis, which is returning on Feb. 5 with ...

... another turn-based game in which humans do battle with alien invaders. Inspired by the 2000 original and following up on 2012’s XCOM: Enemy Unknown, it puts the player in charge of a small squad of soldiers with specific missions to undertake. Each soldier gets a limited number of moves and actions per turn, before the aliens react and respond.

The challenge is further complicated by an overarching strategy effort in which the player seeks to research new technologies and upgrade individual soldiers.

XCOM 2's story begins 20 years following an alien invasion. Humankind is now at the mercy of an alien dictatorship. The player leads an insurgency.

Part of the game's tactical allure is the need to develop and protect individual soldiers, and upgrade paths have been more clearly defined in this sequel. The lives of more experienced warriors are worth far more than the lives of rookies.

"People always got attached to their soldiers in Enemy Unknown," says Creative Director Jake Solomon. "We wanted to strengthen and push that." He also says the game will be more unpredictable, with randomly generated mission starting points and enemy patrols.

Another welcome return to the world of strategy is ...

... which is a sequel to the original Ensemble game that is probably best remembered for bringing a strong real-time strategy design to consoles. Back in August, Microsoft announced that a new game is being developed for Xbox One and Windows PC by Creative Assembly, which is best known for the Total War series. The companies also released a trailer, though not much else is known as yet. It's due to arrive in the fall.

Elsewhere in space-based science fiction, via the world of board games, comes ...

... which takes place in the Warhammer 40,000 universe. Published by Focus and due to arrive in the next few months, the game allows players to control space fleets each representing one of four factions. Each fleet offers a variety of ship types, from fast attack frigates to more ponderous and powerful battleships.

"BFG Armada is the first adaptation of the board game so it’s cool to bring video game content to the fans, as we are ... too," says Focus Business Development Director Maxime Josse. "It's the very first time fans will see a 40K video game that involves spaceships. Also, this is the first Unreal-developed RTS.

"The game has original and quality cinematics that stick to the lore and send the player deeper in the universe of the title. We're working on the real baby of the studio as we are 20-years-plus fans of this IP."

The Cossacks series is known for allowing players to control huge numbers of troops at once, including conjoined naval and land warfare groups.

"The importance of the game lays in the rare combination of war, economy, army developing, building and upgrading that couldn’t be found in any game for the last 15 years or so," says Producer Valentine Yeltyshev. "This deep RTS gameplay will return old fans in the golden ages of the genre and give newcomers a unique experience."

... is a PC game that blends scavenging, construction and shooting. It's being developed by Epic, the studio that created the Unreal Tournament and Gears of War games.

Players begin in a 3D procedurally generated world. They go out and find resources, such as wood and rock. Then they work together with other players to build defensive buildings. Finally, they seek to defend their positions from attacking monsters, occasionally going out into the wild for more resources. Different classes of characters have different specialties.

"Fortnite is one part epic action, one part building, one part exploration and one part RPG," says Lead Designer Darren Sugg. "Players construct massive forts, team up with other players to battle against hordes of colorful monsters or one another, all while crafting and looting weapons and gadgets in our large procedural worlds. It’s one of the most ambitious games we’ve undertaken."

Finally, there's a thoughtful experience on its way in the form of ...

... a Telltale-style story that seeks to place the player in the shoes of someone living in a tough neighborhood and trying to stay out of trouble.

Featuring central character Aaron, the game tells the story of a young man, his family and friends, as they cope with violence and limited opportunity. The characters experience crime and its effects as they try to go about their lives.

According to Michael Block, one of the creators of the game, the story uses "juxtaposition of mundane events and violence" to tell its story. Characters and events are taken from interviews with residents of Englewood, a neighborhood in Chicago, which is also the home of We Are Chicago's writer Tony Thornton. It's one of the very few games featuring a predominantly African American cast of characters.

Next up: Magical games that explore the world of fantasy, including Torment: Tides of Numenera, Final Fantasy 15 and Total War: Warhammer