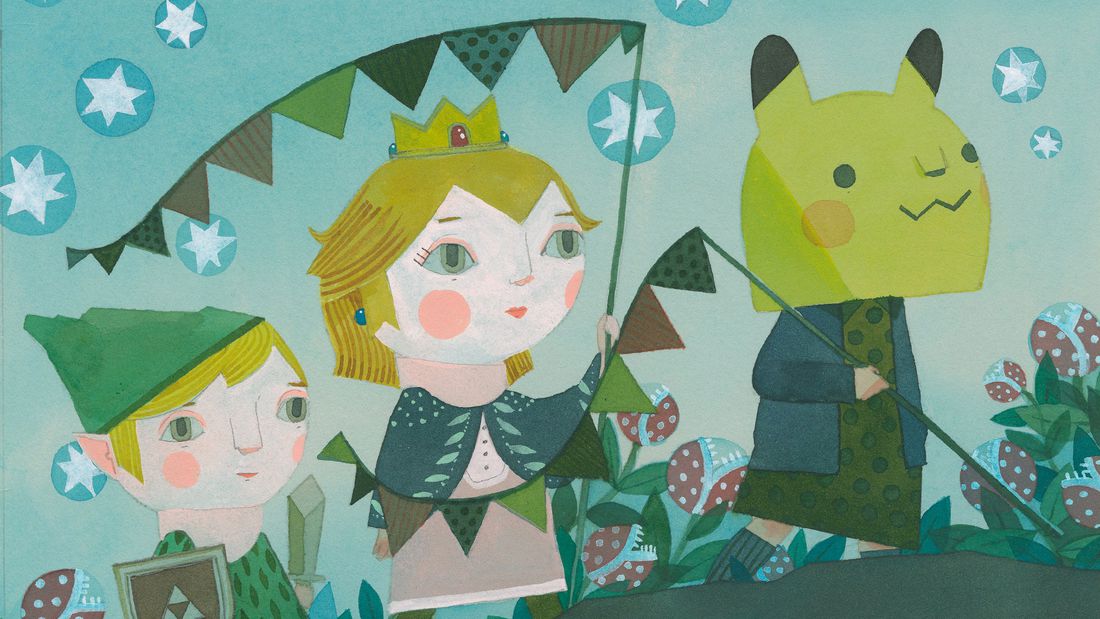 he various sections of this 2016 preview are dedicated to players' emotional connections to the featured games, and this one is no exception. Nintendo isn't merely a company or a brand or a series of hardware ventures. It's also an aesthetic and an idea, a romance between player and creator.

Nintendo makes the kinds of games that other developers emulate. Case in point ...

The Legend of Zelda

... a working title that carries the same name as the illustrious and much-copied 1986 original, in which central protagonist Link moved through an overworld, encountering dungeons in which he fought enemies and solved puzzles.

The principles for this new Wii U title are much the same, though in an HD world, vastly expanded and prettified and with additional ambitions. In true Nintendo fashion, details have been thin on the ground, but the brief footage we've seen — of Link and his horse Epona traversing a lush landscape — only add to the allure.

Players will be able to explore any area they can see from virtually any direction, according to Nintendo, creating a boundary-free world that will give the game a new edge.

Producer Eiji Aonuma has said that he wants to expand the idea of what a Zelda game can achieve. "As far as what you can do with such a vast field to explore, as soon as those boundaries are removed, it means you can enter any area from any direction," he said in 2014.

"So the puzzle-solving in this game begins the moment the player starts to think about where they want to go, how they want to get there and what they will do when they arrive. This is a clean break from the conventions of past games in the Zelda series, where you had to follow a set path and play through the scenario in the right order."

Another new Wii U title that draws inspiration from the past is ...

... which straps players into the cockpit of a Arwing zooming through a 3D world populated by waves of enemies. The Arwing can also transform into a land-based Walker unit.

Star Fox Zero makes use of the Wii U gamepad's screen on which a first-person cockpit view is displayed.

In truth, the game ought to have already been released already. It was tagged to arrive in the recent holidays but received a late delay, to April 22. In apologizing for the delay, designer Shigeru Miyamoto talked about some of the game's aspirations.

"Although we felt that the development had been progressing well, we now believe that we will need a little more time to work on areas such as the unprecedented discovery that we want players to experience in the game by using two screens, and further polishing the level designs and perfecting the tone of the cutscenes," he said.

... is a crossover role-playing game with turn-based combat that combines characters from the Shin Megami Tensei series with the Fire Emblem cast. It's being developed by Atlus and Intelligent Systems.

After being announced in 2013, and making a reappearance in April, the Wii U mashup got a new trailer in the summer. It's described by developer Atlus as a "tale of youth and heroes guided by destiny."

... is a Wii U 3D arena fighting game featuring well-known Pokemon characters such as Pikachu, Gardevoir, Suicune, Sceptile, Lucario and Machamp. During fights, they can call upon special moves as well as assist characters like Emolga, Fenniken, Lapras and Snivy. Tekken Series Producer Katsuhiro Harada is overseeing the game, which is due to arrive in the spring.

... marks a return for the shooter franchise, with co-op elements. Almost any re-emergence of a classic brand tends to result in wild jubilation among the Nintendo faithful. But this one prompted a muted response when it was unveiled at E3.

Nintendo of America President Reggie Fils-Aime even came forth to defend the game and extol its virtues. "What the fan at home saw was something in the Metroid Prime universe that they weren't expecting. The reaction has been negative. There's no sugar coating it," Fils-Aime told Mashable last year.

"This is an example where fans who aren't able to get their hands on the game may be at a bit of a competitive disadvantage. Everyone who has played what we are showing regarding Metroid Prime, they've come across really pleased. My ask is that fans trust us."

... is the 3DS follow-up to the successful Fire Emblem Awakening. It's the 14th game in the long-running grid-based tactical battle series, which incorporates strong fantasy story and in-game romantic relationship elements.

For the first time, same-sex marriage has been introduced by Nintendo in the Conquest version of the game, though not in the Birthright version, which follows a slightly different story.

"We believe that our gameplay experiences should reflect the diversity of the communities in which we operate," offered a Nintendo statement. "At the same time, we will always design the game specifications of each title by considering a variety of factors, such as the game's scenario and the nature of the game play. In the end of course, the game should be fun to play. We feel that Fire Emblem Fates is indeed enjoyable to play and we hope fans like the game." Fire Emblem Fates will launch Feb. 19.

No Nintendo round-up would be entirely complete without a Mario and, indeed ...

... is coming to 3DS on Jan. 22. Paper Jam combines Mario, Luigi and Paper Mario into one role-playing adventure. The handheld title draws elements from both the role-playing game series and its papercraft counterpart; players control all three characters simultaneously.

The game will be compatible with Mario-themed amiibo such as Mario, Peach and more; these amiibo will help unlock in-game cards for battle.

Nintendo may also introduce its new system, codenamed NX, at some point in the next 12 months, so this is by no means a complete picture of what the company has planned. And there are also more third party Wii U and 3DS games on the next page.

Next up: Old School games that take their cue from the classics, including Mighty No.9, Yooka-Laylee, Hyper Light Drifter and Strafe