The witch returns, with a few surprises.

Yesterday morning, Nintendo took away one of the excuses.

Ever since announcing action game Bayonetta 2 in late 2012, Nintendo and developer Platinum Games have taken flack for making the game exclusive to Wii U. As some fans see it, they blocked the game from PS3 and Xbox 360. As Platinum tells it, the game wouldn't exist without Nintendo funding it.

Helping turn that tide to some degree yesterday, Nintendo announced that when Bayonetta 2 ships in October, it will come packed with a copy of the original Bayonetta for Wii U. This is the first time the original will appear on Nintendo hardware, and it'll include a handful of bonus features that weren't included with the PS3 and 360 versions released in 2010.

To some fans, Bayonetta made its reputation on the back of its game director, Hideki Kamiya. While Kamiya established himself with games like Okami and Devil May Cry, he stepped into the spotlight during Bayonetta's development by doing more interviews and authoring a short-tempered Twitter account. His personality, in some ways, mirrored that of the game. Loud. Over the top.

So when he moved on to other things following Bayonetta's release, Platinum needed someone else to head up the sequel. And it found it in Kamiya's partner on the original Bayonetta, Producer Yusuke Hashimoto — who's a bit more mild mannered and calm in interviews, and whose personality doesn't immediately suggest someone directing a game about a super-powered witch dressed in her own hair.

In practice over the course of Bayonetta 2's development, Hashimoto says this came into play most frequently with the game's combat system, and that he got especially picky adjusting specific animation frames. He also points out that while Kamiya has been working on other projects, Kamiya has been watching over Bayonetta 2's development, helping create the story and monitor the world in a supervisory role. 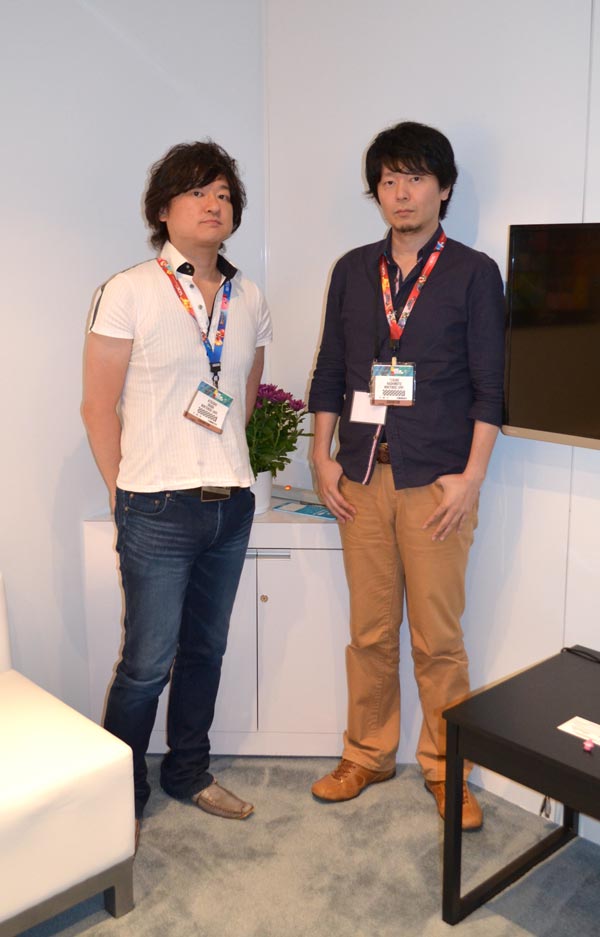 In Nintendo's press conference announcements this week, the news came out that not only will Bayonetta be included with Bayonetta 2 on Wii U, but it will also contain a handful of bonus features.

The one that took the spotlight in Nintendo's conference is that Bayonetta — the character — will be able to dress up as Link from Zelda, Samus from Metroid and Princess Peach from Mario games. Beyond that, Hashimoto says the game will include optional touch screen controls, an optional Japanese voice track for western players and gyro sensor functions in certain places — "but that's not a very big part of the game," he says.

Inaba and Hashimoto say they can't reveal whether they had planned to develop a port of the original game when they first signed the sequel with Nintendo, or later as a reaction to negative comments online, but that they wanted to do it and suggested it to Nintendo.

They also hint that Bayonetta 2 may include certain Nintendo references as well, though any retro references probably won't be as detailed and obscure as the Sega references in the original Bayonetta.

In a demo of the sequel on the E3 show floor, players can tear apart monsters and more or less fly while fighting up the side of a building. It's the kind of scene that Hashimoto says defines the game, and he spent hours refining to get the right combat flow. The game feels very similar to the original Bayonetta on the surface, and it's hard to get a sense from the demo of just how often the game's new features will take it out of that comfort zone. 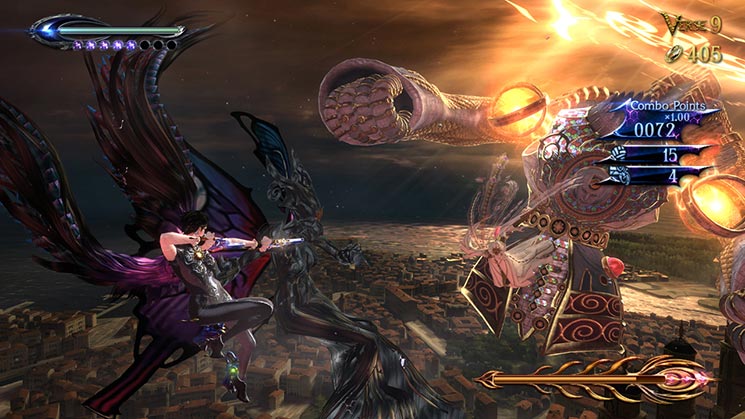 At this point, Hashimoto says his team is finished with its work on Bayonetta 2, minus bug fixes, and the both the port and the sequel are on track to release in October. That's almost five years after the original game shipped on 360 and PS3, though Inaba says development on the sequel only lasted three years.

There are certain parts of the game's development and publishing negotiations that Hashimoto and Inaba can't discuss, but Hashimoto says that Bayonetta 2 went through an experimental phase for its first two years, and that in the third year production "spiked exponentially."

Hashimoto also says he enjoyed jumping to the creative side. And in fact, he plans to stick with it. Moving forward, he says he intends to direct more games at Platinum.

Currently, Kamiya and Inaba are heading up Scalebound, a new action game for Xbox One. For more background on Platinum's plans check out Polygon's recent feature on President Tatsuya Minami.