Destiny is Bungie's attempt to evolve the first-person shooter into an MMO-like experience you want to play with your friends. But even if you go it alone, you can still enjoy the company of Peter Dinklage's voice.

Destiny is better with friends, and Bungie wants to prove it to you

Prior to trying the Destiny First Look Alpha on PlayStation 4 last week, I didn’t feel like Bungie had given people all that much reason to get excited about its upcoming first-person shooter. The studio had played it close to the vest ever since the game’s official unveiling in early 2013, drip-feeding information in developer diaries and providing few details at press events. There simply wasn’t much to go on, beyond some intriguing screenshots and brief trailers.

Now I have an idea of why.

Game developers will often cite spoilers as a reason for limiting the amount of information they put out prior to a game’s release. Bungie wants you to have a relatively pristine introduction to Destiny, yes, but that’s mainly because it’s so difficult to understand what’s significant about the game without playing it yourself.

The first time I loaded up the Destiny alpha, I jumped into the character creator. You have the option of playing as a human or as one of two alien races, the Exo and the Awoken, and can choose male or female models for all three. Destiny's robust character creation setup feels a bit like Lego, where you can customize the head, chest, arms and legs in a number of different directions but have it all look relatively cohesive. Even the presumably limited options available in the alpha offer plenty of variety in designing your character, and your choices will only grow as you play and unlock more customization options.

The character creator is tied to one of the major joys in Destiny: chasing loot. As is typical of massively multiplayer online titles, you'll pick up and earn loot such as new armor pieces, and your character's body will serve as a sash on which you can show off all those shiny merit badges of progress. The age-old tradition of keeping up with the Joneses is alive and well in Destiny, especially this early on — I saw a number of players with awesome-looking armor and wondered how they got it.

Most of my covetous glances at my squadmates' gear came during missions. But I was able to get a closer look in the Tower, a home base that reminded me of PlayStation Home's bustling hub world when I first laid eyes on it. The Tower is one of the most MMO-like elements of Destiny, a safe zone where you can do things like shop for weapons and gear; accept new missions; wander and explore; and interact with other players.

Like fraternal bonds between soldiers, Bungie wants your relationships with other players to be forged in combat and deepened off the battlefield.

"With the Tower, we wanted those interactions to feel more social. They're all social, but you have more of a chance to get to know people, admire their gear, see what they're like and just kind of have fun together in a more casual, social way," said Tom Sanocki, character and cinematic technical lead at Bungie, in an interview with Polygon at E3 2014.

Bungie is also trying to promote social play with its campaign design. You can go it alone, but the way the studio tells it, Destiny's story missions are meant to be played in three-person co-op. And if you're tired of waiting in multiplayer lobbies for friends to arrive, this could be the game for you.

After setting up my character, I returned to the main pre-game screen in Destiny, where I noticed that a couple of my PlayStation Network friends were also online. I've never been one to simply send a multiplayer invite without first confirming the session in a voice chat or console message; I'd rather not disturb someone who's in the middle of something. So I started up my own game instead, figuring I'd feel out Destiny on my own and then start playing with others once I got comfortable.

Imagine my surprise, then, when one of my PSN friends showed up in my game without me doing anything. I hadn't begun matchmaking or teamed up in a lobby beforehand; he just appeared in my game, and I in his. Without voice chat enabled, we acknowledged each other in the typical way: We started firing our weapons and using melee attacks on each other, naturally. Bungie did take another page out of the MMO playbook to offer players a different method of communication — by pressing the D-pad, you can do things like sit down or dance.

This seamless, Journey-esque switch from single-player to multiplayer was another major signal that Destiny could be something special. By itself, the idea of engaging in random encounters with people you actually know is neat. But once you and a friend are in the same game, you can do anything together. Later on, I went on quests with comrades at my side, and I never spent a minute sitting in a lobby watching time tick down.

"We wanted to build a world which felt living and breathing and alive and social, and for us, when we designed the game, that meant that you would run into your friends without planning to. You know, casual interactions with friends, or strangers who may become friends, as well," said Sanocki.

Sanocki compared the concept to sitting in a café and reading a book. "Your friend might wander by, or you might see someone else who might be an acquaintance or you might find random strangers all the time. You're doing something by yourself, but still there are people around you," he explained.

It's a strange idea to wrap your head around, especially for a game that is billed as a shooter more than an MMO. And Sanocki acknowledged that his explanation may not be sufficient for people to understand why Destiny's campaign setup is worthwhile.

"I can't really show you how great it is to meet a friend of yours casually in the game until you actually do it yourself. Similar to how I can't do it in real life — it feels great when you do it, but I can't really explain it to you any other way," he said. 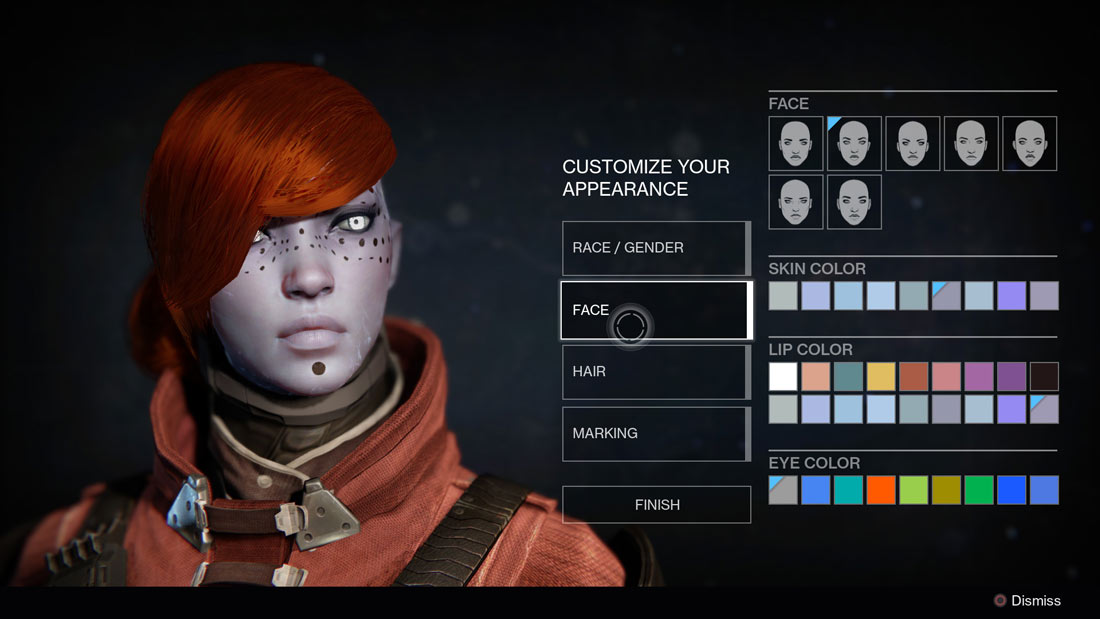 That's the main reason for releasing Destiny's alpha publicly. The game is more than two months from being complete — it's set for release Sept. 9 — but Bungie is ready to start building a groundswell of buzz and anticipation now with a playable slice. According to Sanocki, the experience Destiny is offering is unique and new enough to need something beyond Bungie telling its potential audience why they should be interested in the game.

"I still remember the first public event I did, where I went in, this thing was happening and all of a sudden, someone else came in and started doing it with me. And watching that on a video doesn't really capture the essence; it doesn't really feel the way it feels when you experience it for yourself," said Sanocki.

Of course, the alpha is also intended as a stress test for Bungie's server infrastructure. That's why the studio is launching the alpha exclusively on PS4, and then expanding the beta to all four of the platforms Destiny will be available on — PlayStation 3, Xbox 360 and Xbox One in addition to PS4. (The beta is scheduled to launch July 17 on PS3 and PS4, and will be released "shortly afterward" on Xbox, said Sanocki.)

The Destiny alpha contains a few different modes. In addition to the campaign, you can check out Strike missions, which are instanced co-op sessions designed for three-person groups. Also available is something more traditional for Bungie: a six-on-six match of the Control game type in the Crucible, the game's competitive multiplayer setup.

I played Control in Activision's booth on the E3 show floor. It plays out similarly to Domination in the Call of Duty series, with the two teams vying for control of three capture points. In addition to the individual players' picks for classes and weapons, characters are equipped with a charging ability that, once ready, gives them a one-hit kill gun for a limited time. Ammunition for heavy and special weapons is scattered around the map, so you may even be fighting your teammates for it. And vehicles add a new dimension to the proceedings; I took more than a few flags by sitting in my speeder after clearing out the capture points with the energy guns mounted on the vehicle. 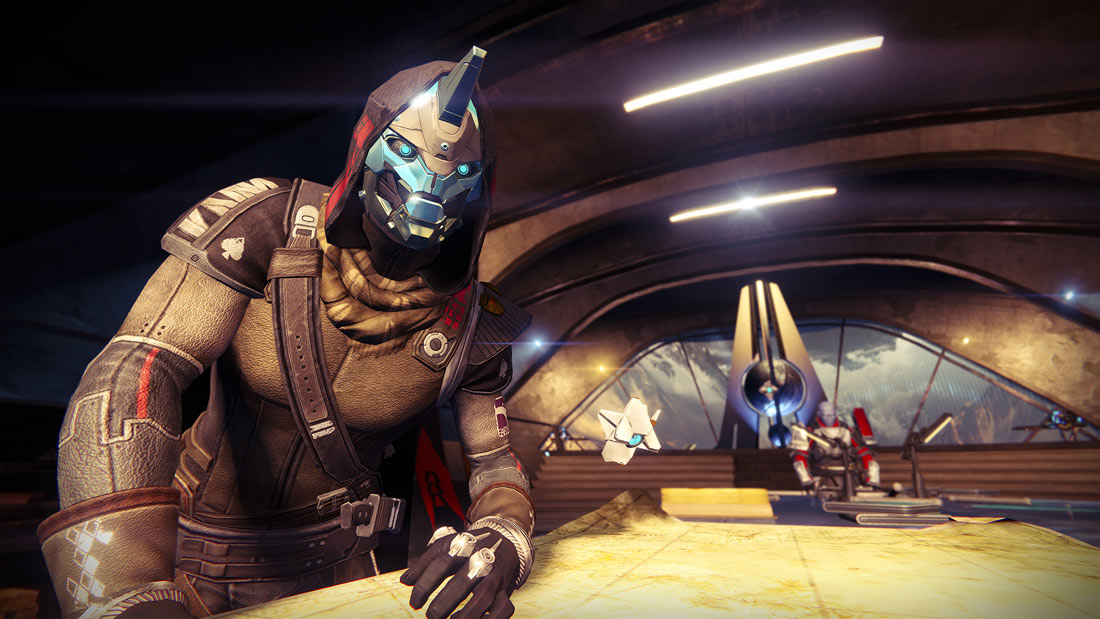 The Crucible — and indeed, Destiny overall — bears undeniable similarities to Halo. The Sparrow feels like an unarmed Ghost, and you drive with the analog sticks; jumping is floaty, but not as much; both ballistic and energy weapons are the basis of a humans-versus-aliens conflict. Bungie isn't shying away from that, but there's much, much more going on in Destiny than in perhaps any other first-person shooter.

"We are very excited for the ways that we've taken it and expanded it past the type of gameplay and the style that our fans know," he added.