FIFA 15 continues to outdo itself, but that doesn’t mean there are no areas for improvement.

EA Sports' FIFA series has done so much right over the past five years that when you see something it has left out, and even left unaddressed for several years, the absence really does stare you in the face. So at long last, FIFA 15 is proud to announce that the corner flags will now move if they’re touched by the ball.

Kidding aside, it almost has come to this for a series widely regarded as the class of sports video gaming. Where its peers (or siblings) are often talking about major structural improvements or overhauled game components, FIFA’s pre-E3 demonstrations to the games press actually showcase features like the corner flag wobbling, or the rear of the goal lifting off the ground when a hard shot finds the back of the net.

I asked producer Aaron McHardy, who has worked on the series since FIFA 08, if he felt it gets faint praise because it has done the core parts so well, all that’s left are refinements, or curiosities that, if done wrong, won’t ruin the game.

“It's not something that frustrates us,” McHardy said. “We know what we accomplish every year, and people do notice. There will always be naysayers when you have a game coming out every year, who say things like, ‘It’s just an update.’ But I find a lot of those people, when they do pick up and play against a previous year’s game, they see how different it really is.”

FIFA 15 may not look a lot different on first blush, but that’s not the goal. It’s supposed to feel different. After refining down the animations and behaviors and actions of players in the beautiful game, FIFA 15 will now try to replicate their emotions — giving all 22 players on the pitch a dynamic attitude that reflects both the broader and the more immediate contexts of the match.

McHardy and his team are calling it emotional intelligence, and it’s meant to complement the upgrades FIFA 14 made to the crowd’s emotion and response to the action. It’s important to soccer because many times the most important play isn’t a goal, but rather a missed opportunity, or a brilliant save, or a mistake that leaves a side utterly agonized over what was lost in the moment. 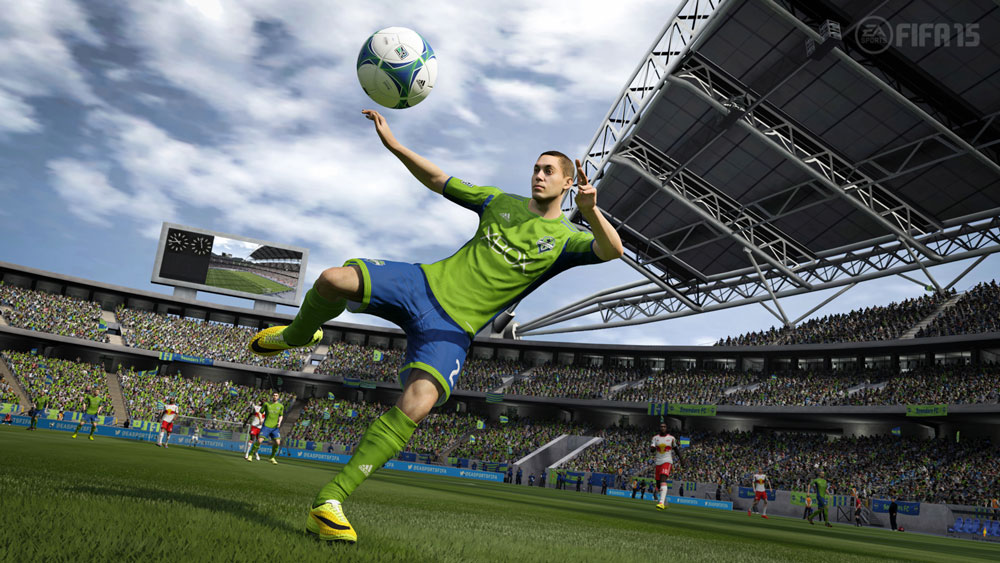 With emotional intelligence, players on the pitch will develop an attitude (really) through plays that involve them — getting jostled or fouled, for example, is going to get a player frustrated or angry the more it continues or the later it happens in the game. Then, for events that all players participate in or respond to, where the needle is on his emotional barometer will inform his reaction.

A good example is when in the game a missed shot occurs. If a good chance goes over the goal but it’s early, his teammates are more likely to respond with visible encouragement. If the same player has blown two opportunities and misses a third, their response turns to hands-on-hips exasperation.

“What we are trying to build is a very organic, emergent system where really anything is possible”

“What we are trying to build is a very organic, emergent system where really anything is possible,” McHardy said. “It’s not necessarily the game seeing a big event, like a goal, and assigning blame for that. Something as simple as you passing me a ball, even if it’s a minuscule amount, that will improve my attitude toward you.

“Now, if a keeper lets one go through his legs that he should have caught, it will affect the attitudes more than a simple pass,” he added. “But every action will chip away or add to the specific attitudes of players on the field. We’re not trying to figure out what happened.”

For that reason, McHardy and the FIFA team are optimistic they won’t be caught with an emotion engine that ends in out-of-context reactions that make for funny YouTube videos. Nothing is going to be pre-rendered and applied to a situation post-play, like you see in replays of other sports. The knock-on benefit to FIFA 15 will be a wider diversity of replay and post-play highlights that keep players from feeling like they’re watching the same game over and over. 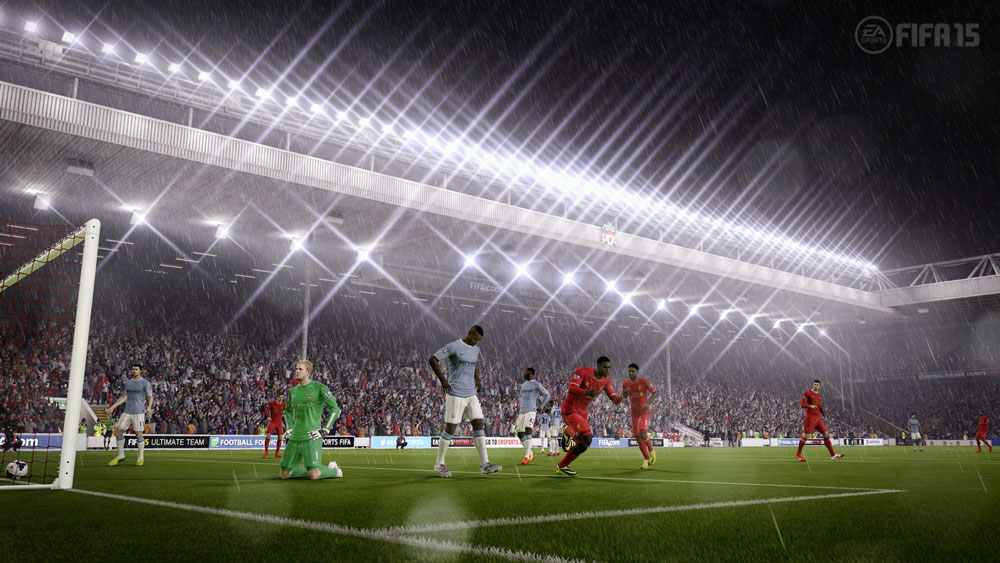 Still, FIFA 15 is adding some all-10-player goal celebrations to deliver a big payoff when the moment calls for it. A goal late, as Colin Campbell’s Manchester City beat my Arsenal 2-nil, cut to a jubilant pileup to underscore the vaporized hope of a team desperate to equalize.

FIFA’s presentational evolution over the past four years has consisted of a continuous push away from what the team calls non-interactive sequences, the kinds of cinematics where the player doesn’t do anything but watch.

“After the same image is presented over and over it rips the emotion out of the game,” McHardy said. “So now, players are actually reacting and behaving appropriately in real time, and our presentation team can point the camera at the action and see it play out.”

Emotional intelligence is not the only upgrade FIFA 15 will see. More advanced team tactics are promised, and will change the behavior of a team that is trailing late versus one that is ahead. A team that needs an equalizer will start bombing passes into the other side’s half of the field, while one with a lead will pack its half and bog everything down. Offensive players will take off on more optimal attacking runs and CPU players will shield the ball in the corner.

New ball physics introduced last year will be supplemented with truer momentum that takes some explaining, but when FIFA 14 and FIFA 15 are compared side by side, the difference is stark. In previous games, a ball passed to a teammate lost all of its momentum as soon as it contacted him. A pass that hit a player’s raised leg, for example, would fall directly to the ground. Now its momentum is preserved, and such a pass could skip off to either side or even pop up in midair, making passing less magnetic or automatic, a continual goal of the series.

The EA Canada team says it has a lot more to show, including larger features it’s not yet talking about, but for now has led with a rather typical script of comparisons to last year’s game. In these comparisons, last year’s game is held up as deficient in some finite area of authenticity and we’re told that this year’s edition has solved that. For example, I’m not sure the fact that the pitch didn’t bear authentic scuff marks throughout the match was a major concern of FIFA players. But now that it’s being introduced, any game without it looks substandard.

“When you look at features like team tactics, and other features we haven’t yet announced that are coming down the pipeline, you’ll see the amount of changes we’re making in FIFA 15 is immense,” McHardy said. “But yes, we’ve finished our homework first, and it’s allowed us to try things like emotional intelligence. You need to deal with the fundamentals first.”