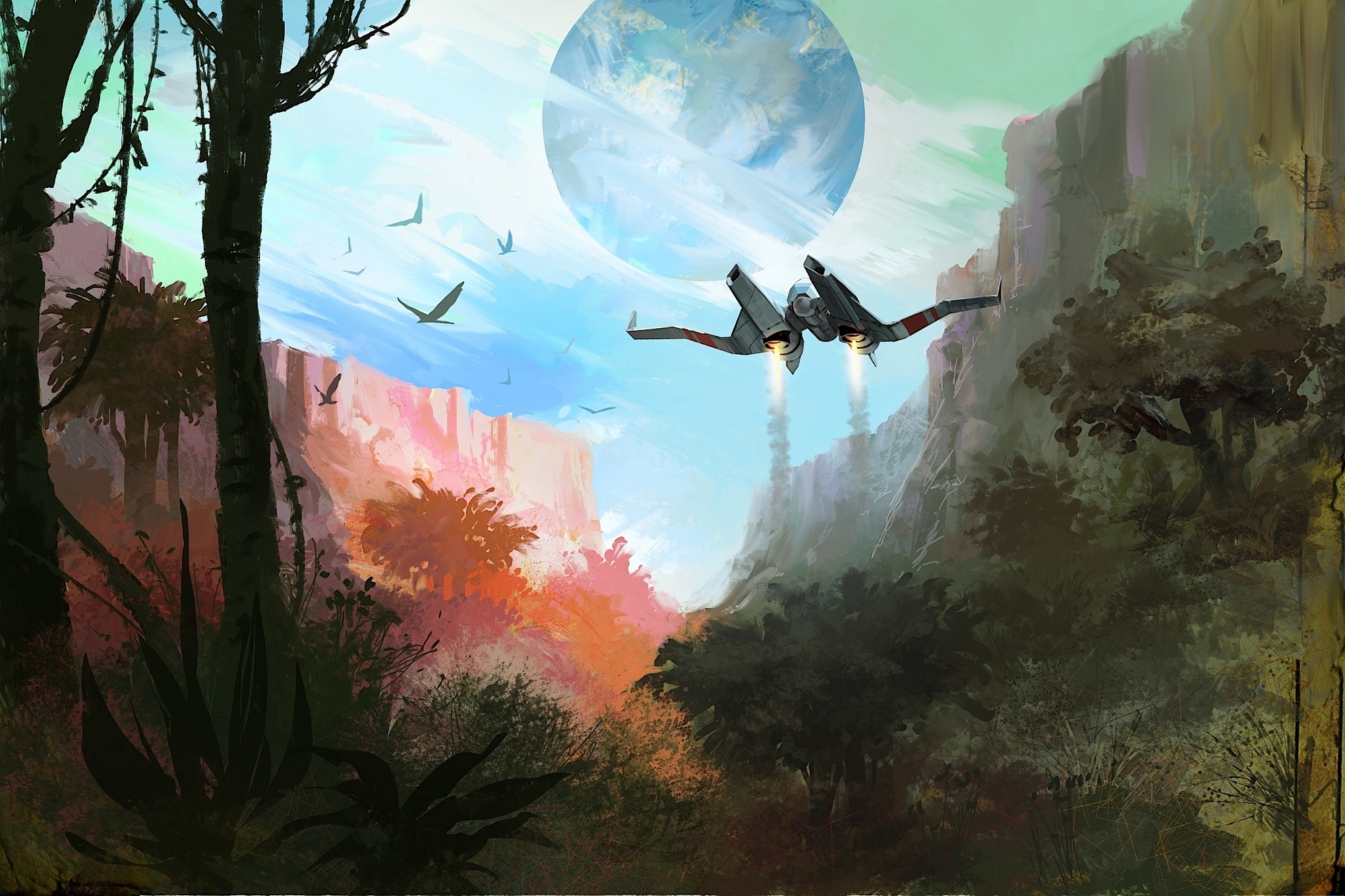 Homefront: The Revolution goes to an open-world Philadelphia to fulfill the promise its predecessor squandered.

Homefront: The Revolution sparks a Crytek-powered revolution in Philadelphia

The idea of the United States being invaded and occupied is utterly farfetched to me, and not because of my American machismo or exceptionalism. It just seems arrogant to premise anything — video game, movie, book — on such unearned underdog status when Uncle Sam has in fact done most of the world's invading and occupying over the past 25 years, including some of the ugly things our hypothetical subjugators do to us in these geopolitical revenge fantasies.

But if it accomplished nothing else, Homefront, in 2011, did a credible job setting up the idea that such a situation could happen. John Milius, the Red Dawn writer who had an easier job selling 1984 America on a Soviet invasion and occupation, consulted on the story and brought his A-game. Homefront spun a plausible, cascading series of incidents that led to North Korea annexing or dominating most of the Far East. The United States, meanwhile, was left friendless and resource-strapped, with a military bogged down in multiple foreign engagements, and a public sapped of any political will to fight, much less nuke the hell out of any nation that invaded — which you know we'd do if push really came to shove.

Of course, the game went mostly downhill from there. Despite a premise more novel and scenes more emotionally compelling than anything Call of Duty, Medal of Honor or Battlefield had done since 2007, Homefront supported its story with a disappointingly short campaign, helping cement the current perception that the only worthwhile thing a military shooter can deliver is online competitive multiplayer.

THQ pressed on with a sequel anyway, but hired Crytek for the job after closing down the spent husk of original developer Kaos Studios and firing all of its demoralized workers. If there's reason for anyone to be happy in THQ's subsequent dissolution and the fire sale of its assets, it's that Crytek, the home of heavyweight shooter Crysis, ended up owning Homefront outright, and was liberated from creating a sequel that under THQ's command sounded like it would be more of the same.

"The original Homefront was quite a linear shooter," said Fasahat Salim, a Crytek designer for Homefront: The Revolution, which will be jointly published with Deep Silver. "That was kind of what we were," with the sequel at the time THQ imploded. "We weren't going completely with it, but it was kind of a level-by-level game.

"When we acquired the IP, all of a sudden we had the freedom to take this game wherever we wanted," he said. "We thought, what better way to do that than just go open-world with it."

That open world is the fightin' city of Philadelphia, seat of the American Revolution and the setting for Homefront: The Revolution, planned for launch in 2015 on PC (Windows, Mac OS and Linux) PlayStation 4 and Xbox One. Its events unfold four years into the occupation of the United States by the Korean Peoples' Army, or roughly the year 2030 in the original canon's timeline. Players inhabit the persona of a fighter named Ethan Brady along his journey to becoming a radicalized American patriot.

Ideally, Salim said, Homefront: The Revolution will emphasize completing a single mission objective and running like hell from overwhelming reinforcements, as opposed to going full Rambo and shooting every enemy in the face.

A short demonstration underlined that. Brady and his mates were tasked with busting some militants out of jail, and took advantage of an improvised bomb diversion elsewhere in the location to get into position. Salim later told me that diversion was not a scripted event; it was supposed to represent a human partner — there will be four-player online cooperative multiplayer — providing a big assist to the operation. (Salim would not discuss what multiplayer modes other than campaign co-op, if any, are planned for the game.)

Brady then whipped out a remote control car, slapped some plastic explosive on it, and drove it underneath a patrolling KPA troop vehicle to the door of the jail, where he detonated it. As Salim warned, heavy KPA reinforcements arrived to wipe out the resistance, and there was no realistic way to eliminate them. The only option was to retreat into hiding but it didn't matter. Brady and his cohort fought their way out of the area, content to have harassed the KPA and bolstered popular sentiment for the uprising.

Though what we saw appeared to be the optimal way to resolve the mission, Salim insisted players could accomplish it however they see fit. "You could have sat back and used a sniper rifle," he said, to eliminate the jail security before moving in on foot to open the door yourself. Other open-world encounters will entirely open-ended and subject to player interference. In one case, a civilian spewed profanity at an aerial camera drone, and KPA soldiers beat him to a whimpering pulp. If that pisses you off enough to fire on the soldiers, Salim said, go ahead, you'll just have to deal with the aftermath, which sounds like an escalating response similar to what you face in Grand Theft Auto as the star count rises.

The aftermath may still be successful, if you can evade it. The mob of occupied Philadelphia is supposed to respond to your Robin Hood escapades, and inspired or angered enough will harass, delay and obstruct the occupying force themselves. Players will build up this instability in the open world portions of Homefront: The Revolution, and exploit it in the pivotal story missions. You have an idea of how well you're doing in this regard through the accrual of "uprising points," earned for small things like destroying a security camera, or killing a soldier supervising a cleanup detail forced to remove graffiti.

"The more things you do to hamper or dent the KPA, no matter how small that seems, these are all things that contribute to getting people out on the streets," Salim said. "If you can get people out in the streets, there's a lot more stuff that will happen; there are a lot more distractions for you to use. The KPA will have their focus on the people in the streets uprising, and you can go in and do more damage."

The other reason for optimism in the game is simply Crytek's reputation for building shooters that pour on the audiovisual fidelity. Homefront: The Revolution looks very much like it will live up to that. Our attention was called to things like procedural daylight, and the way the sound of rainfall got louder as you stepped to the side of a building and heard it pouring off from the cornice. But it is there, and speaks of the attention Crytek pays to such things. Dynamic weather is promised, ranging from downpours to breezy sunshine to overcast evenings under skies the color of lead. "It's a highly oppressive landscape," Salim said in the demonstration, but also highly symbolic. The spire of One Liberty Place dominated the view in a shot-up alleyway, giving a reassuring sense of place to anyone who knows the area.

The first Homefront was set in the interior west, Montrose, Colo., a town few would recognize apart from any other small city in flyover America. Going with a major metropolitan area and its recognizable landmarks gave Crytek another emotional angle to exploit.

"We just liked the idea of taking that and making it an alien feeling," he said. "People can relate to it, but at the same time, it's like, 'Ah, man, this isn't quite how we remember it.'" Salim laughed when I asked if cheesesteak rivals Pat's King of Steaks or Geno's Steaks would feature in the dessicated cityscape. "I'm not too sure that they'll see that. Or maybe they will, I don't know," he said.

There appeared to be few comforts in occupied Philadelphia, however. Daily life appears to be unemployment and angst, with the major career option being resistance fighter. Brady is not supposed to be a trained fighter, though he does have the neck-snapping stealth takedown native to all FPS heroes. We got a tour of his team's hideout, which had an improvised bomb laboratory and an equipment room with useful things like the RC car and a pair of bolt cutters. Brady also carries a very useful smartphone, which is his means of being contacted when a mission is on — Salim said this is how multiplayer co-op will begin, too — as well as a reconnaissance device. Using the smartphone's camera can identify objectives, hazards and also mark moving targets.

It's the most sophisticated device in an otherwise improvised toolbox. Notably, Brady's weapon is essentially a chassis that can be modified through the use of a weapon-wheel — add or remove this sight, slap in this particular magazine, use this silencer or barrel. I was amused to see the molotov cocktails were Grolsch-style swing-top beer bottles with the ceramic stopper. Out in the streets, hobo-type symbols painted onto walls and sidewalks advise the player on what hazards or resources are nearby.

Philadelphia will be divided into districts of distinct themes and feels, Salim said. As the story progresses, more are unlocked, and the player may travel through any of them as he wishes. They'll be populated by mission givers to advance the main story or sideplots, but also will contain random NPCs who present things for the player to do.

"It's an emerging open world, but everything is happening in that space whether you are there or not," Salim said. "So, the things that actually unravel on the streets, whether that happens with civilians or with the KPA, all of that stuff is going to happen whether you are there or not. So if you're in the middle of a mission and all of a sudden you find yourself in a heated skirmish between the resistance and the KPA, that's just ... happening. You can join that if you want to, or you can use that to your advantage."