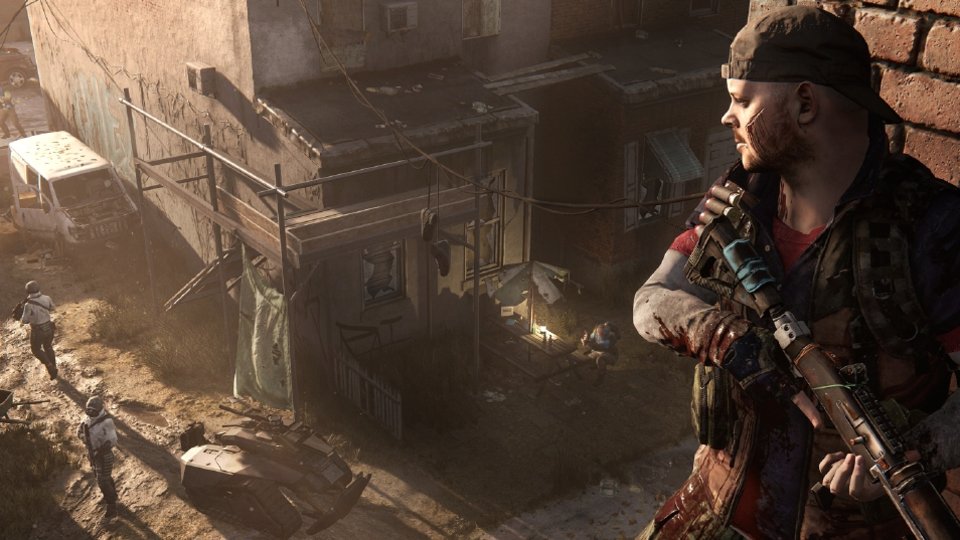 Middle-earth: Shadow of Mordor is a deep and rich third-person action adventure set in a lush Lord of the Rings world.

Orcs assemble neatly on a stage, equidistant and as well-behaved as contestants in a 1970s Miss World contest, awaiting selection.

Unlike Miss Zaire and Miss Yugoslavia, these fellows are not animated by world peace or poolside haute couture. They enjoy cracking heads and bathing in the oozing gore of their slain enemies. They have gathered merely as a prelude to the glory of battle.

My job in Middle-Earth: Shadow of Mordor is to select the orcs I wish to fight against. The trick is to find an orc who is neither too hot, nor too cold. An orc who has the ability to kick my heroic arse is not to be trifled with. One who is as weak as a flurry of daffodils is worthless. The orcs are my enemies, but if I defeat them they become my very special pals, fighting the good fight on my behalf.

Just like friends in real life, they each have their quirks and idiosyncrasies. Othog the Foul appears to delight in smearing excrement on his face. Another is in the business of collecting skulls and wrapping them around his neck. I am not one to judge. Middle-earth is the very soul of multi-culturalism.

The orcs each have their own strengths and weaknesses, their own personalities. They also have relationships with one another, important hierarchies that are meaningful to my quest. If I can rob a snarling colonel of one of his loyal lieutenants, I can dissolve a military power structure that is in my way.

Orcs can be nurtured; they grow in power and confidence. It occurs to me that this selection process, called the "Nemesis System," is not wholly unlike a sports game, in which I choose players whose stats are important, but also because I find their individuality appealing. I want to add such-and-such to my team, because who doesn't want to fight alongside a chap who cackles at the prospect of burning flesh?

Unfortunately, orcs are not easily bested. If you insist on tussling with a powerful foe, and he survives to fight another day, he is likely to hold a grudge. He will come after you.

"We want to let players create their own stories," explained director of design Michael de Plater. "When you're hunting and fighting and killing these guys, you're developing rivalries. You think you've killed someone, he comes back scarred, he's hunting you. We really like the idea of players creating their own villains within Mordor."

De Plater said that the Nemesis System works well within the Middle-earth narrative framework, which is about shifting alliances, betrayal, domination and conquest. "Whoever you dominate, they will bring their underlings with them. So if you've got a captain, and he's got his gang, he'll bring them with him. If you've got a war chief and he brings his bodyguards, he'll bring them with him. We wanted a constant escalation of scale."

The choosing of missions to bolster my forces is the backbone to the exploratory and combat gameplay, which is more traditional third-person fantasy combat fare. The game is due out Oct. 7 for major platforms. Gameplay seems, at this stage, to work really well.

My Boromir-like character Talion ranges across verdant hill and rolling dale, traversing the ruins of castles. The world is spotted with danger, quests, creatures and opportunities. It is a large world, but for the purposes of my short demo, I have chosen an orc who lives nearby. Still, there are fights and chases along the way.

"We want to have an enormous amount of density and variety and surprise within the world," said de Plater. "You might be traversing the same location from A to B, but it's going to have a lot of potential to surprise you because of what springs up or what you find." 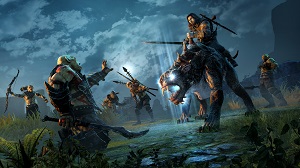 Placing the orcs at the center of the story is paying homage to Tolkien's work, according to de Plater.

Tolkien was greatly influenced by the industrial wars of his era. "He said we were all orcs in the Great War. Our starting point was to think in terms of real humans and real human psychology, and what happens to people in extreme states, when they're terrified or when they're filled with hatred.

"An orc is just a human being turned up to 11. They're not aliens. They're living in a society driven by fear and hatred."

I find my man and we set about fighting. Movement and combat feel fluid. He has a small army of followers. I have at my disposal melee and range weapons as well as a magical power to face-hug enemies and critters with my hand, and turn them to my alliance. I can also draw upon a second personality, a wraith, that operates in a ghost-like magical realm. Its powers are supernatural and formidable.

"Very much like the rings of power, the wraith is giving you power over the unseen world," said de Plater. "You have power over people's minds, over people's fears, whereas Talion is much more existing in a physical world."

It might seem that all this might overpower the main character, especially when married to a growing army of ex-Sauron orcs at my back. But de Plater said that the world is balanced. "Mordor is incredibly dangerous," he explained. "The enemies are really tough. There's a lot of them and they grow in power, but we always give you the tools you need and the power growth to get you to the end of the game."

As I swing and magic and fire my way through a posse of orcs and their pals, I am rewarded with a broken weapon shaft, a rune that goes toward upgrading my character.

"Anytime you unlock a new ability, it's a really meaningful new thing. It's not just a step up or a tweak. Every single one out of those dozens of abilities really changes the game," said de Plater. These buffs can be enhanced later in the game, by warning your would-be enemy that you are popping over for a fight. If you beat the well-prepped foe, it will leave behind a more powerful rune.

On average, there have been about two Lord of the Rings games released every year since the turn of the century, some of them acceptable, others mediocre. The franchise has been built around the success of Peter Jackson's movie trilogy and hampered by the commercial shenanigans surrounding its elevation from popular-but-niche literary favorite to mass-market leviathan. At one point, both Electronic Arts and Sierra were releasing LOTR games, based on separate deals for the movies and the books.

Middle-earth: Shadow of Mordor, developed by Monolith Productions and published by Warner Bros. Interactive Entertainment, is set in the time between The Hobbit and The Lord of the Rings. "If you look at The Hobbit and The Lord of the Rings, there's some crossover characters that appear in both," said de Plater. "But each story also has its own standalone characters. We've taken the same philosophy. The protagonist is a new character, but there's other really recognizable characters that turn up when they have a good reason to be there. Like, Gollum we know is in Mordor at this time, and the reasons that he's there, pursuing the one ring, are very, very aligned with our story, the themes of our story and what's going on. There are other characters that are really key to the lore that appear in our story as well."

Monolith has drawn on Tolkien's notes and appendices to fill in the gaps, taking care not to screw with any timelines that would mess up the mythology.

"There's quite a bit of detail in the appendices of Lord of the Rings, but that's one of the great things about Tolkien. He leaves mysteries in there as well. It's very much like the real world. These stories are big enough and they're epic enough and they're detailed enough that there's plenty of space for epic standalone stories to take place."

I ask about Sauron's role as the uber-villain in this game, and how that might affect subsequent events in the lore. "We can't kill him, but exploring why it is that he's a flaming eye that's bound to that tower is an interesting question to explore."

Back to the orcs. The experiment of Middle-earth: Shadow of Mordor is not just to create a world in which the player mows down wave after wave of enemies, interspersed with plot and narrative. It is to create bad guys who grow, who have personalities and who will react to your activities.

"He will hunt you down. He might come and ambush you," said de Plater. "He might become totally terrified of you so the first sniff of you he's going to flee and run. The idea is not for those stories to feel mechanical, but really to make them feel organic. We're doubling down on truly creating our relationships with villains. They are characterful and flavorful in that moment."