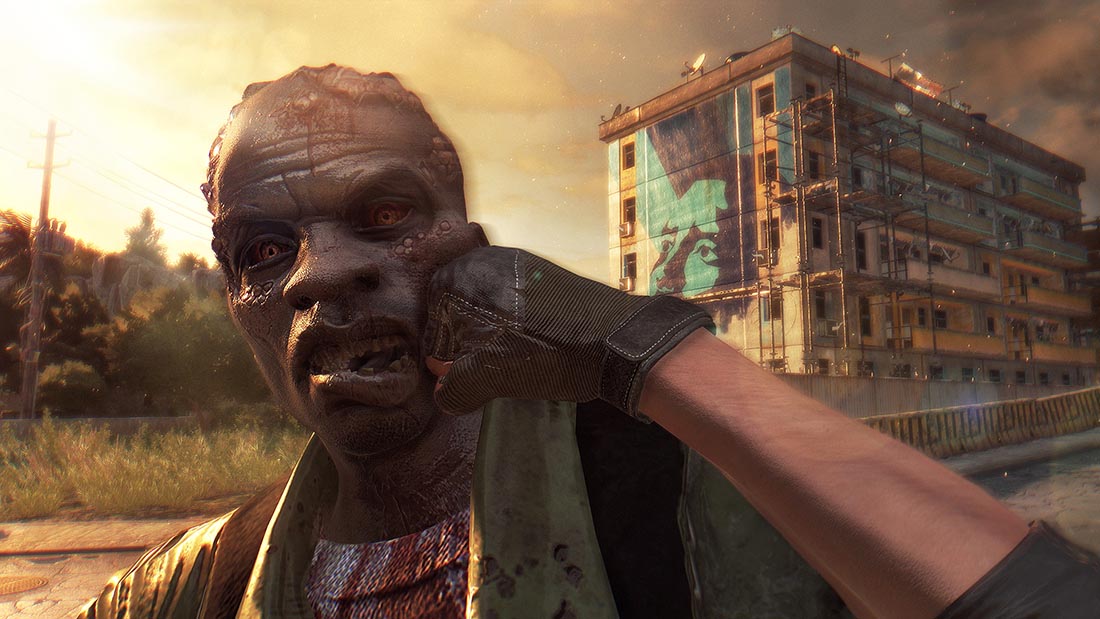 The Tetris Company's Henk Rogers and Alexey Pajitnov discuss the future of Tetris, 30 years after the original.

Making Tetris into a virtual sport

Henk Rogers wants to change the world in four ways.

"I wouldn't go so far as to call them jobs," he says. "I have missions." Missions, he explains, are things he wants to do before he dies.

Sitting in a Ubisoft meeting room at the Electronic Entertainment Expo, he runs through the list. The first is to end the use of carbon-based fuel; the second, to end war; the third, to colonize a place like Mars or the moon; and fourth, to learn how the universe will end and prevent it.

"There was something about languages as well," adds Alexey Pajitnov, best known as the creator of puzzle game Tetris. "You want all people to understand each other."

Rogers may be reaching for the stars, but he's seen enough success in his career to know crazy things are possible. From bringing role-playing games to Japan, to starting multiple successful companies, to discovering Tetris and making a deal to pack it with Nintendo's Game Boy, he's seen what can happen when things go right.

So when he talks about halting carbon-based fuel, he's not daydreaming; he's setting up a foundation in Hawaii, creating legislation, putting together a home energy makeover TV show, and working with children to exchange 300,000 lightbulbs. And when he talks about colonizing Mars, he has five crew members currently living in a dome simulating what it would be like to live there.

Today he's in a small meeting room above the E3 show floor to discuss the future of Tetris. He's got big plans for that too. 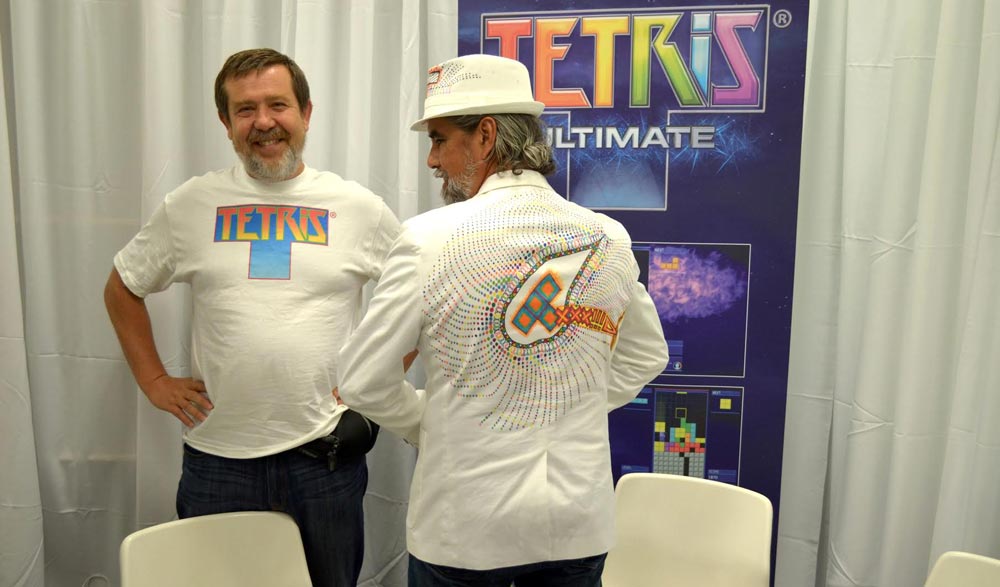 Tetris creator Alexey Pajitnov (left), and Henk Rogers (right) in a Tetris-themed jacket he designed himself on the flight to Los Angeles for E3

After sorting through messy legal issues over the Tetris rights many years back, today Rogers and Pajitnov own The Tetris Company, a group that controls the game's licensing.

Rogers also owns Blue Planet Software, a 10-person studio that handles development and QA testing, employing champion Tetris players with "dozens" of years of experience. He retired from running the company last year, though, leaving his daughter Maya in charge. "It's a lot more work than I want to do nowadays," he says.

Together, the two companies have sent Tetris around the world. They worked with Electronic Arts to put the game on mobile, PlayStation and Xbox consoles. The worked with Sega for a Puyo Puyo Tetris crossover in Japan. If you've seen Tetris pop up in the past 20 years, chances are they were involved.

"We do to Tetris what Disney does to Mickey Mouse," says Rogers.

And a couple years ago, his team started talking to publisher Ubisoft about doing something new. Rogers says he's known Ubisoft CEO Yves Guillemot for almost half his life, but a deal only came together recently.

"[Our] agent had been negotiating with Ubisoft forever," says Rogers. "... I think it took more than a year or maybe a couple of years to finally do the deal."

Once they signed papers, Ubisoft tapped Adrian Price to produce the game out of the publisher's San Francisco office, and hired studio SoMa Play to develop Tetris Ultimate, a new game headed to Xbox One, PlayStation 4 and PC. Blue Planet also handed over "The Tetris Guidelines," a roughly 100-page design document for the franchise consisting of precise block rotation patterns and speeds. (And terminology: Rogers jokes about Price mistakenly saying "bricks" instead of the official "blocks" in our interview.)

Pajitnov says the guidelines are not set in stone, and exist to set a baseline for development. For the new game, for instance, Ubisoft heard player requests for a faster block rotation speed and cleared it with Blue Planet, so now it's in the game as an option.

But the guidelines are important to Rogers, in part because of a desire to standardize the mechanics and help make Tetris into more of a sport in the future.

Rogers' biggest tentpole idea for the future of Tetris is to turn it into a "virtual sport," he says, preferring the name to the common "eSport."

And in his eyes, Tetris Ultimate is taking the first steps in this direction. When a player posts their score to the game's leaderboards, for instance, they'll also post replay footage showing the world how they did it. Rogers thinks this will be a way to help find the best Tetris player in the world, while Pajitnov likes that it opens channels for hosting celebrity runs online.

"If you just played the greatest game of all time but there's nobody in the room, it's terrible," says Rogers. "It's like going and playing golf by yourself, if you're Tiger Woods and you just did a 59 for the first time and no one's there to see it."

Rogers compares The Tetris Company to the NBA or MLB, saying that like those organizations, they have to think about the game's reputation. "The image of the game has always been clean," he says. "No sex, no violence. Gambling, eh ... [shakes hand to indicate an small amount, then Pajitnov says there's been none]. We really believe that by keeping the image of the game clean that in the future it will be a virtual sport."

As time goes on, Rogers sees the franchise moving further in this direction. During his interview for this story, he gives Price trouble about the game not running at 120 frames per second and at 4K resolution, which he thinks would make it ideal from a competitive perspective. And down the line, Rogers envisions teams of players clustering in cities around the world to compete with each other, like a sports league.

This, in part, is why Pajitnov says he has also been pushing Price to make the game's Battle Mode more polished. "Unfortunately, I don't have a very good feeling about [the multiplayer in Tetris Ultimate] yet," he says. "There are lots of good features, good power-ups in the game. But I hope to see it better and better." 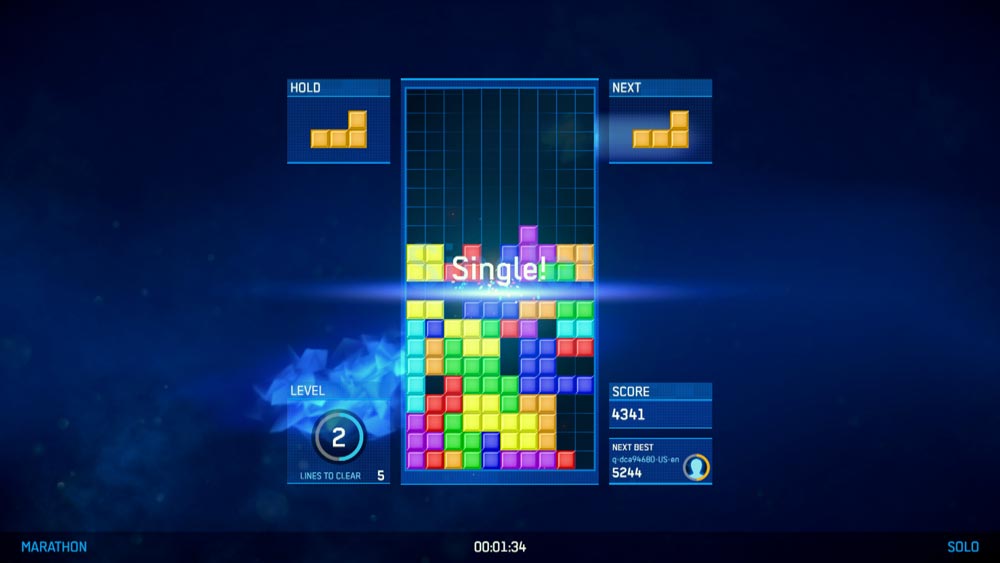 Price says that Pajitnov hasn't seen the team's latest progress, which has already advanced beyond the version of the game on display at E3, with tweaks to features such as balancing the handicap system to give to unevenly-matched players a shot at playing a close game.

Another feature under consideration is a tweak to what Rogers calls the "bag system." In old Tetris games, blocks appeared randomly, so theoretically it was possible to play an entire game and not see a specific shape appear. To fix that, recent versions of the game switched to a bag system, where the game gives the player one of each of the seven possible blocks before shuffling the deck and giving those same seven pieces in a different order.

As a side effect of the new system, Rogers says the game has lost a bit of the tension it had in the old days where players could build a tower to the top of the screen hoping for an "I" shaped piece to fall but not knowing if it would. So now the team is experimenting with a "double bag" to put 14 pieces into the rotation instead of seven. Rogers isn't sure if it'll make the final cut, and says it's something that could change close to the end of production.

Price says that the team at SoMa Play is also working to make the game competitive, even including a nod to hardcore fan favorite Japanese arcade game Tetris: The Grand Master 3. At one point in that game, the player's blocks disappear and they have to remember what they placed where. So Tetris Ultimate features a power-up in its Battle Mode that makes the opponent's pieces turn invisible "for a split second" to confuse them.

Rogers says Tetris: The Grand Master 3 also serves as a good reference point for how the franchise can be highly competitive. A popular YouTube video, for instance, shows a player racing through the game at a level of mastery rarely seen in other Tetris titles.

"So the deal there is that that game was built to enable somebody to become that good, and that is something that we're striving to do here as well," says Rogers. "[We want] to make a game where the professional, or the wannabe professional, can be that good ... You should be able to look at the way somebody plays the game without seeing his face and say, 'That's the way Tiger Woods plays. That's him.' And it should be that way for Tetris as well." 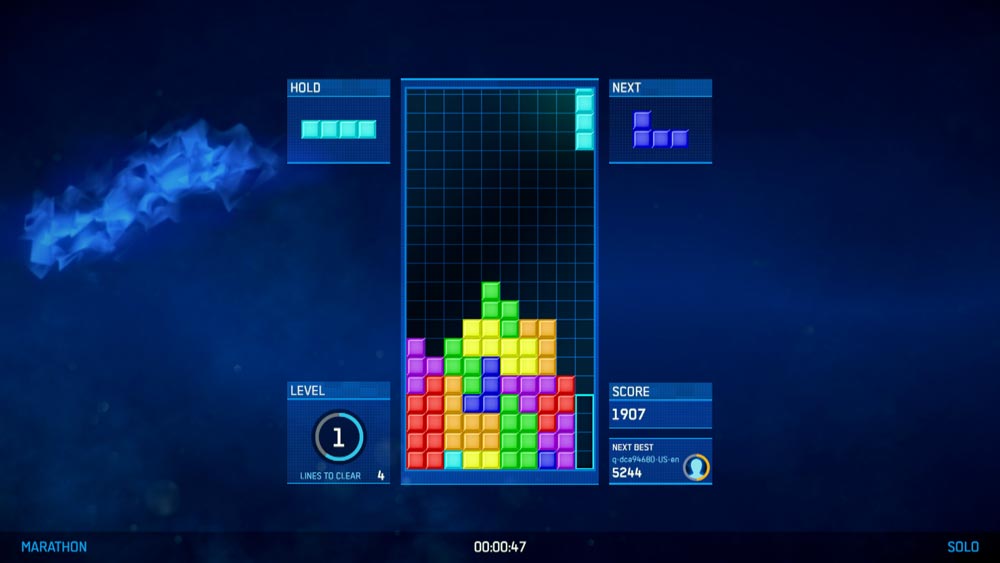 At this point in 2014, Tetris tends to appear on almost any game playing device that exists. Asked if he thinks there can be such a thing as too many Tetris games, Pajitnov gives a 10-second shrug.

Rogers says he thinks it's possible if done wrong. In Japan awhile back, he worked with a company that built a subscription service, releasing a new version of Tetris every three months. And as time went on, he says it felt like they were backed into a corner, forced to come up with new ideas to justify the subscription cost when the game didn't need them.

He also says that he likes the idea of one popular Tetris game at a given time, rather than multiple smaller ones. "Ultimately I'd like to keep the audience together," he says. "It's like, if there were 100 different versions of basketball, would that help? And the answer is no. You want somebody to be the hero of basketball. And so that's kind of where we want to end up, is to have one game that captures them all."

But while Rogers hopes Tetris Ultimate will be that game, he also has his eye on the future, knowing that as new technology comes along the game will adapt.

"That's kind of what we do," he says. "You know, there are all these branches that are sprouting, but the central front of Tetris is still going on and on and on. And we're making sure that the basic game of Tetris is there."