The Witcher 3: The Wild Hunt

Geralt is back, and CDProjekt has brought along two mysterious women to add to The Witcher's family

In the fiction of The Witcher's universe, the one based on the books by Polish author Andrzej Sapkowski, Geralt of Rivia no longer exists in his own dimension. When CDProjekt launched the series of popular video games they pulled the Witcher, bodily, from another plane of existence and threw him into our world — into the digital realm.

The Witcher 3: The Wild Hunt will be the culmination of Geralt's journey, the end of his story as CDProjekt has written it. And after ten long years and three AAA titles, Konrad Tomaszkiewicz, CDProjekt's game director, will be free of him.

"We need a vacation from The Witcher for some time," says the game director, sounding tired.

But before he takes a victory lap around the Mediterranean on holiday, Tomaszkiewicz has his company's biggest project yet to complete. There's a lot of work left to do on Witcher 3, he says, before it launches nine months from now.

By the time Tomazkiewicz and his team are done they will have pulled several more characters out of Sapkowski's novels, kicking and screaming into this digital world. 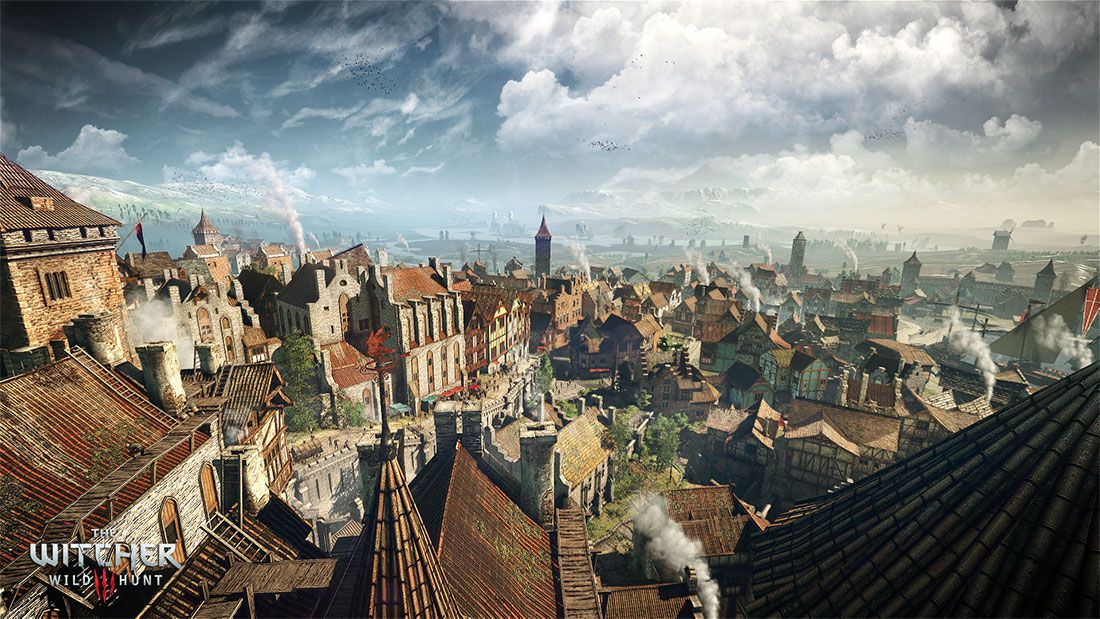 The Witcher games have traditionally been fairly linear RPGs. Witcher 3 promises to be an open world, and what I saw on display at this year's E3 felt more bustling and vibrant than than Skyrim.

In a behind-closed-doors demo, Geralt rode into town on horseback to complete a quest by delivering the severed head of a griffin to a mobster. Novigrad, the largest city in the game, felt alive. Ships came into the port to unload their cargo, merchants sold their wares on the street, sex workers propositioned the main character and beggars waved alms cups in the air.

CDProjekt says that every inhabitant of the world has day and night activities, and that their game uses those patterns to simulate a living, breathing world. What I saw lived up to those claims.

What makes The Witcher series unique is that player's decisions have far-reaching consequences. Using Mass Effect-style dialogue trees, even casual encounters can have powerful implications later in the game. Entire communities can be saved or put to the sword based on your decisions.

From what we've been shown Witcher 3 will carry on the tradition of weighty consequence. In the single 30-minute quest we were shown, Geralt inadvertently sacrificed the children of an orphanage to powerful demons in order to accomplish his goals. As it was presented to the player the decisions seemed unavoidable, but the pain I felt watching the story unfold was nevertheless a powerful thing.

Our journey took us to No Man's Land, a swamp far to the south filled with animated corpses and werewolves. To speed up what would have normally been a 20-minute trip we used fast travel, an option available through our map. CDProjekt said it would allow players to move quickly to areas they had previously discovered on their own.

Combat in Witcher 3 looks much like the Assassin's Creed series. Strong and weak attacks flow into counters and parries. In addition, Geralt can slow down time and select from a number of powerful spell sets. Swings and thrusts were followed up with spectral flames and magic missiles.

On display was a sophisticated dismemberment system. As we fought our way through the swamps the heads of bandits went flying and their bodies were cleaved in two.

When the quest was over Geralt was rewarded with another of the game's many cinematic cutscenes. This one introduced us to a character new to CDProjekt's series. 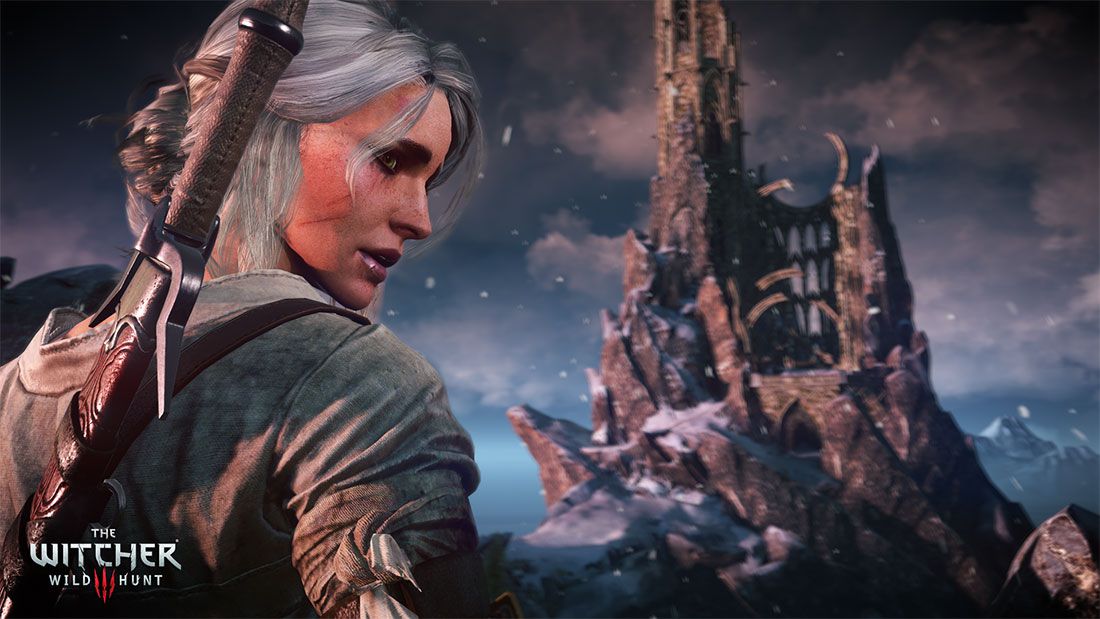 Her name is Ciri.

The young, white-haired woman tumbled out of an orange portal, grievously wounded. In Sapkowski's fiction she is a powerful warrior in her own right, with skills that rival even Geralt's. But alone she is vulnerable.

In Witcher 3 you will spend much of your time trying to protect her from pursuers called The Wild Hunt, an inter-dimensional band of marauding elves bent on total domination.

I've seen the Hunt at this year's E3 as well, marching through the forests with menacing gazes and vile weapons. They look like a powerful foe, and those familiar with the novels know that Geralt will have to fight them in order to protect Ciri.

Another character shown in the demo was Yennefer, a woman whom The Witcher holds a deep affection for. By pulling these two women into Geralt's world, CDProjekt is bringing about the conditions needed for the conclusion of their Witcher trilogy. With the introduction of Ciri and Yennefer, the pieces of the puzzle which they first ripped from the pages of Sapkowski's novels are all in place.

To game director Tomazkiewicz, it's like making the real Witcher game for the first time.

"In my opinion," says Tomazkiewicz, "There is no Geralt without Ciri and Yennefer." 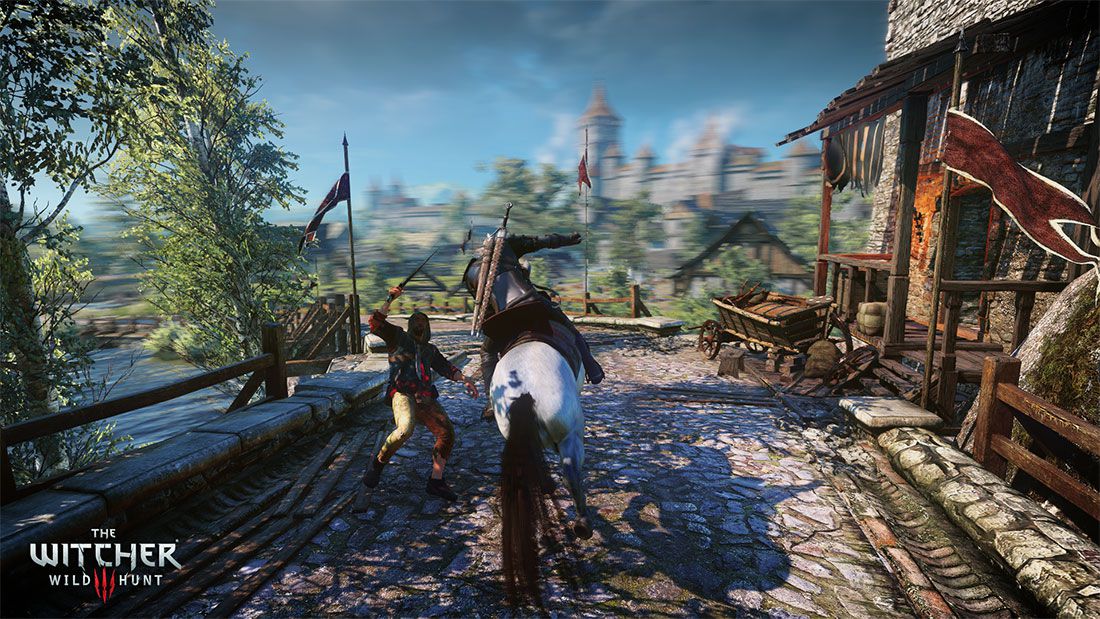 There are other features of Witcher 3 that are new to the series. One is Geralt's ability to track monsters and humans through the open world. Demonstrators used a shoulder button on the controller to narrow Geralt's field of view. Colors became washed out and the edges of the screen blurred as if looking through the bottom of a water glass. Ephemeral footsteps glowed on the ground; spoor from a passing creature.

But by far the most anticipated feature in the game is mounted combat. Tomazkiewicz told us that Geralt will be able to do everything he can on the ground while riding a horse, be that cast a spell or wield his silver swords.

The fact of the matter is we didn't see mounted combat in the guided demonstration. Tomazkiewicz says the reason for its omission was because their demo, already 45-minutes in length, would have run far too long. I have reason to be skeptical of that claim.

There were graphical bugs throughout the demo, including texture popping, clipping issues and strange hair physics. All to be expected in a work in progress, but nevertheless reason for concern.

The truth is that CDProjekt has a history of releasing games that don't live up to expectations. They've released broken and buggy products before, and this title is particularly complex since it's being released on four platforms simultaneously: Xbox One, PlayStation 4, PC and Linux.

Tomazkiewicz assured me that they have enough of the right people on staff to bring the project to completion. He added that they were using the same engine from Witcher 2, albeit heavily modified for the new consoles. His team's familiarity with the engine is a strength.

But features like mounted combat have been promised in other games before, only to be dropped before release. I hope that fans of The Witcher won't be disappointed here. 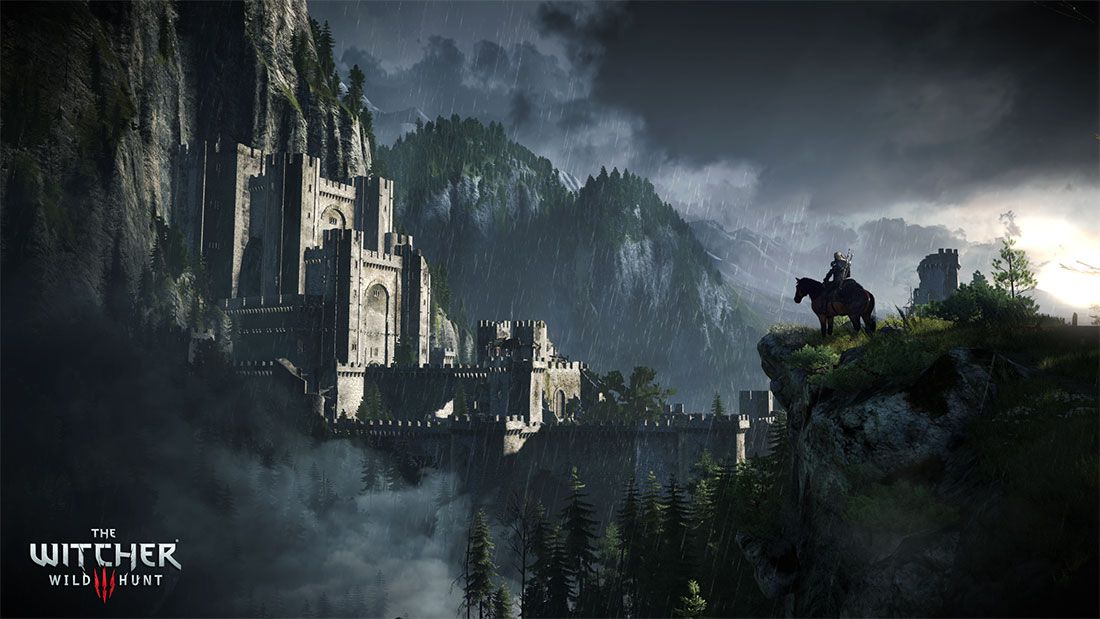 From what I've seen, Witcher 3 promises to be the very best game in the series. But CDProjekt has strongly hinted that it will be the last game starring Geralt.

Polygon asked what was next for the series, a question that stopped Tomazkiewicz short. The franchise, he said, was too important to the company to drop entirely. There would be a break, some time for the company to focus on Cyberpunk 2077. But would Ciri or Yennifer be the ones to carry The Witcher's legacy? Might they one day make a high fantasy game with a female protagonist? Tomazkiewicz wouldn't say.

Reservations aside, Witcher 3 looks like one of the most lively and dangerous fantasy worlds ever created, a fitting send off for the mysterious, white-haired monster slayer.

Jake Lear contributed to this story.