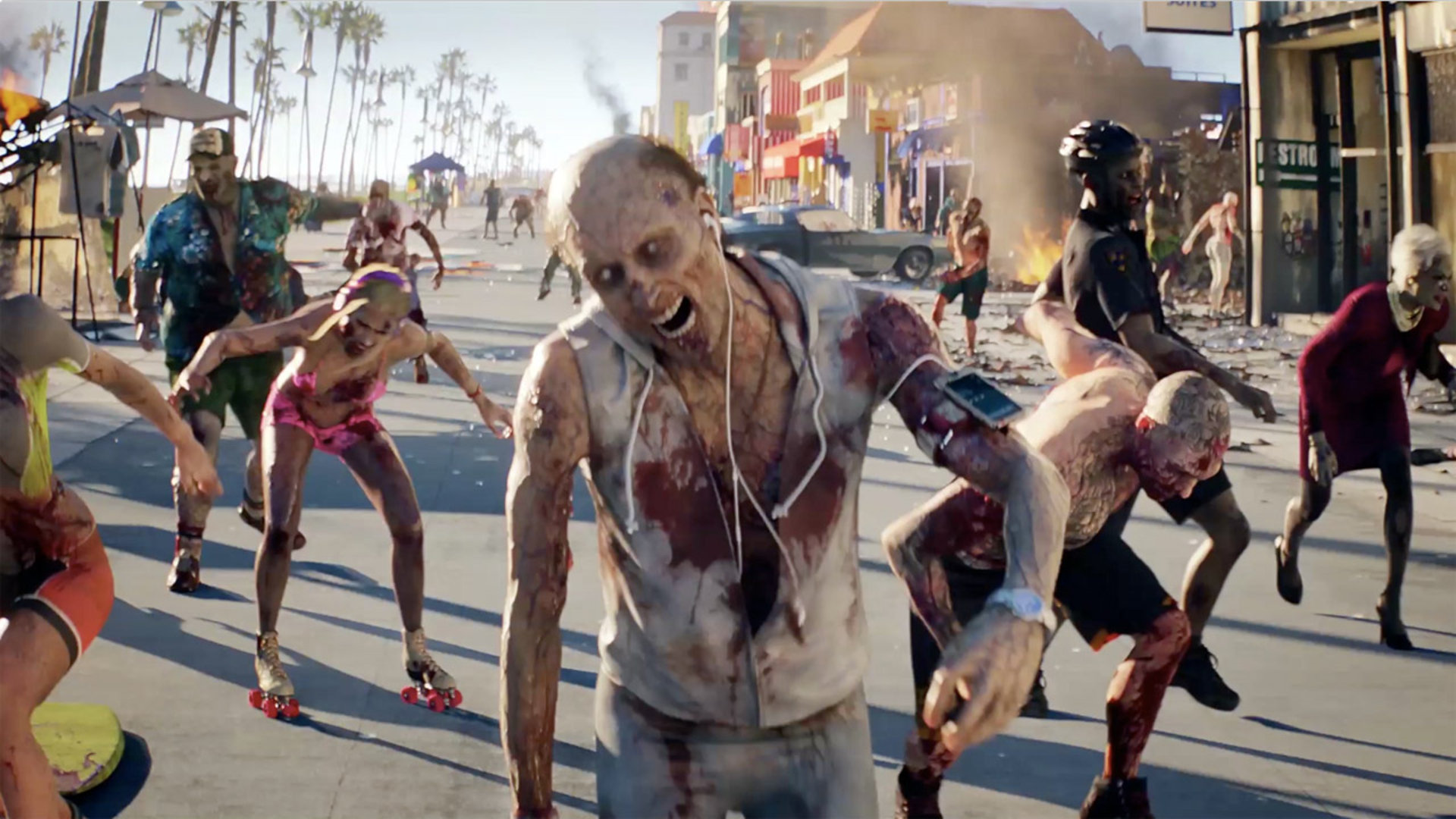 Spreading war all around the world.

An upstart Russian company does battle with the titans of the free-to-play space.

When gaming was young, flight simulations ruled the day. That shared past is gaming’s vestigial limb, one of the reasons that every first-person shooter available today still lets you invert the Y-axis.

The reality is that the industry has broadened since those times, and flight sims have become a vanishing breed. But the passion for the genre lives on.

Anton Yudintsev has catered to that audience for the past two years with his free-to-play air combat game War Thunder. And the 33-year old CEO has ambitious plans to broaden his game’s availability.

Wherever you are, whatever platform you have at your disposal, Yudintsev wants War Thunder to be there. 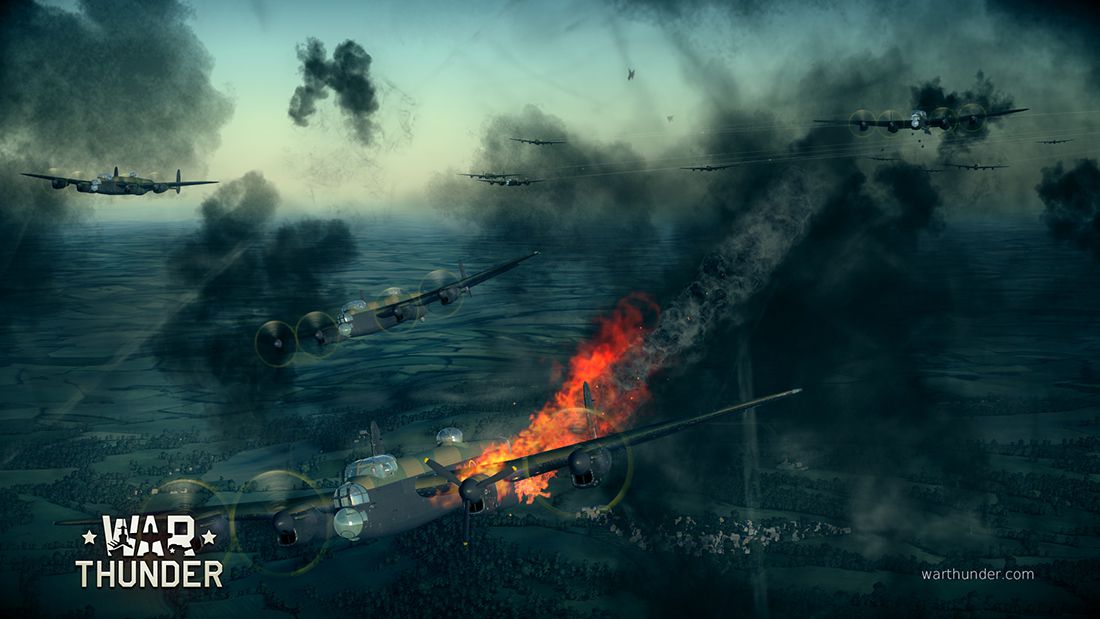 God is my copilot

Taking the controls of a Curtiss P-36 Hawk feels like stepping back in time. Air combat during World War II was not for the faint of heart, and War Thunder makes the experience feel meaningful.

In a demo at E3 this past week, my monoplane felt light in the air. The engine was loud and seemed as if it might tear the front of the aircraft away with its torque. I trimmed the ailerons just a bit to compensate. Rolling to my right, the silver wings caught the sunlight. The cloud ceiling was high, and I was soon dropping away from it, faster and faster towards the ground.

I could see my quarry sliding up underneath my nose, drifting toward my gun sites. He was climbing, losing energy. From above him and just slightly behind he couldn't see me, lost in the superstructure of his canopy.

I dropped the flaps and lowered the throttle to match his speed. When the moment was perfect, when the angle was just right, I let loose with a short burst from twin machine guns.

A small cloud of debris, like confetti, fell away behind him. Sparks scattered over his plane as the right wing broke away. The fuselage started a flat spin to the left and he hit the ground hard, like a skipping stone. Wheels and crumpled parts of his tail section went bouncing through a flaming cloud of fuel. 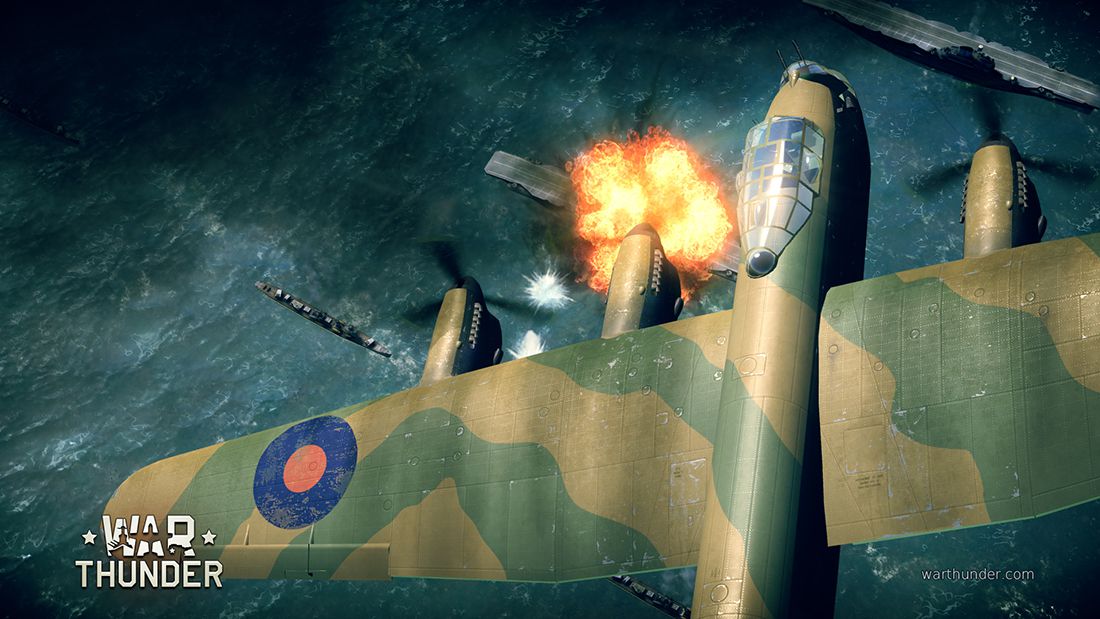 Playing War Thunder, even at its lowest difficulty setting, is incredibly hard. Air combat is a skill. But the Russian development team has done incredible work with the interface. Players can use mouse and keyboard, a flight stick with pedals or a gamepad to play. Some players even rely on just a mouse and keyboard.

The options screen is maddeningly complex, but it shows a willingness to give players what they need to succeed on their own terms.

"You need to help your audience," Yudintsev says. "You need to listen to their feedback, but also to do what you feel is right."

What he and his team in Russia feel is right is to create a free-to-play game, one with no barrier to entry other than the skill and patience of the player, that provides the very best flight simulation experience possible. "We have realistic distances; we have realistic speeds and realistic map sizes. That gives a huge depth in gameplay and in tactics."

It’s a dedication to that detail, Anton says, that separates War Thunder from its closest competitors. 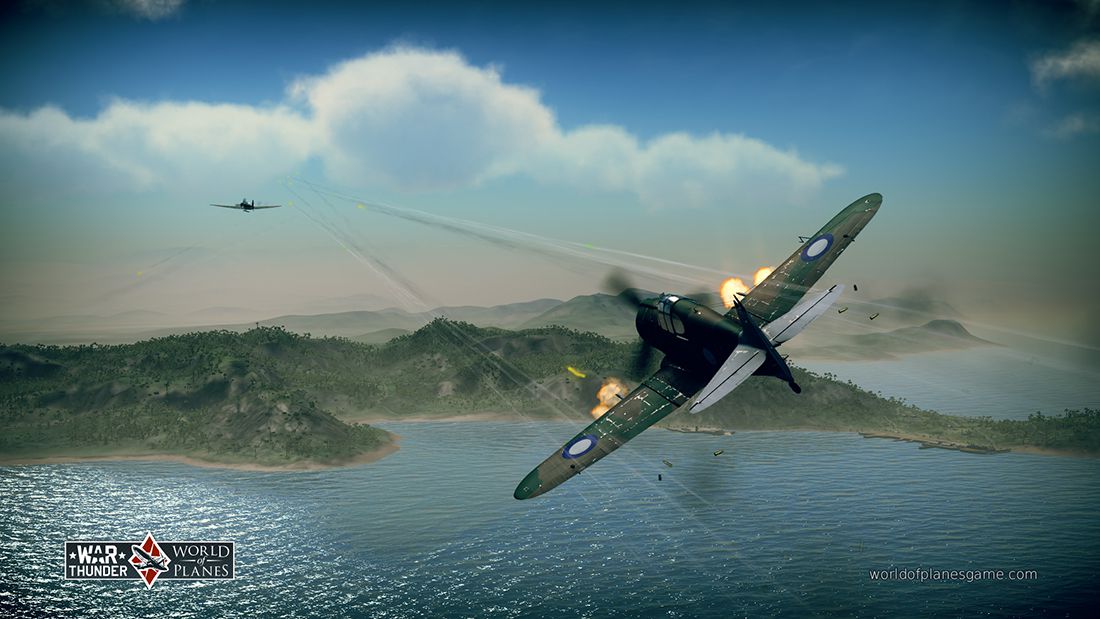 Just three months after the PC version of War Thunder launched in Russia in 2012, Wargaming.net announced its own air combat game. Leveraging its massive player base from the smash international hit, World of Tanks, it seemed like a forgone conclusion that World of Warplanes would succeed in crushing War Thunder.

"People asked us," Yudintsev says, "'Do you guys even have a chance? They’re such a big company. They have so many users, so much money, such vast resources.' They told us we would fail. Wargaming was publicly saying that as soon as they launched, we would immediately go down."

But today, more than two years after launch, War Thunder has 10 times as many users on its servers as World of Warplanes does at any given time.

Players can unlock just about everything in the game if they spend enough time. For a fee they can purchase premium time and premium planes, both of which boost their virtual skill progression. But to win pilots still have to learn the capabilities of their aircraft and the limitations of their enemies’ planes. In buying more advanced planes, you’re really only buying more advanced problems.

But the core of the game, a compelling combat experience, is free to play. And it’s fun.

"You can’t buy users," Yudintsev says. "Even if you have a lot of money, it doesn’t mean that you can be successful for that reason alone. You still need to have a good game." 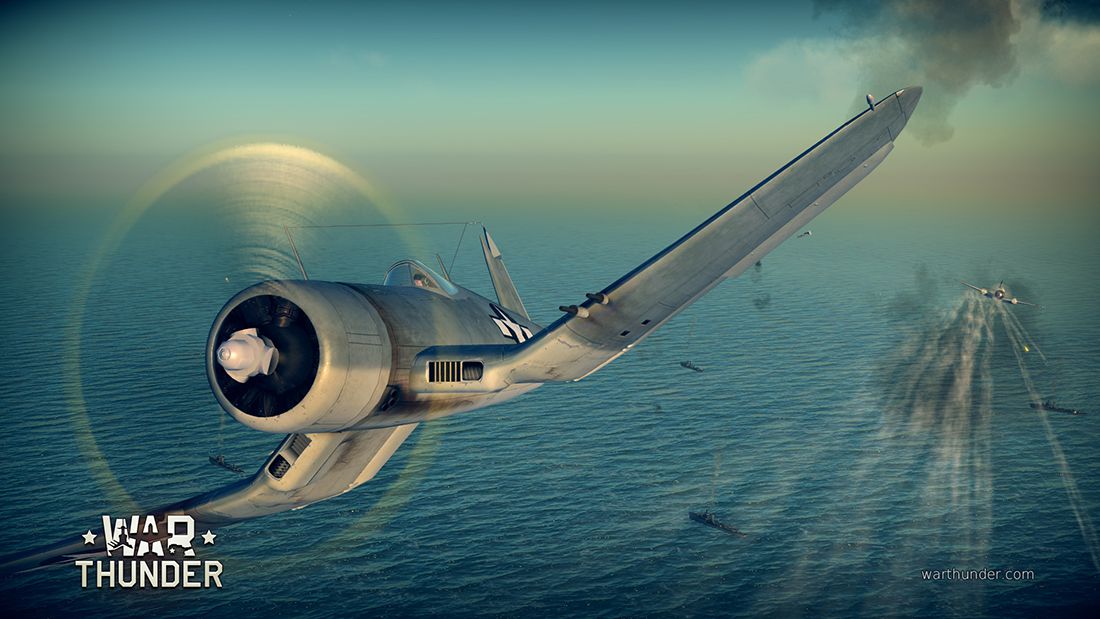 But the PS4 is only part of his plan. In a private demonstration I saw a Windows computer, a PlayStation 4 and a Linux computer all playing together in the same world. The game is also available on the OnLive streaming service and soon will be available on mobile platforms that can bear the load.

There was also an Oculus HD development kit, rigged up to a PC in a private room at E3, running War Thunder on the live global server. Being able to look around my cockpit, to track the enemies as I wheeled my plane through the air, was an unforgettable experience. Yudintsev says that, since the team has supported motion tracking devices like the Track IR since launch, the integration of virtual reality technology has been easy.

Team members are also very interested in Sony’s Project Morpheus, meaning that their game could be the first console flight simulator to bring VR compatibility to the living room.

In beta testing, and also available on the show floor, was the Ground Forces expansion. Yudintsev has built an entire game within the existing game, one that lets tankers battle it out on the same maps as virtual pilots. Soon, player-controlled warships will be able to join the same battles, pouring fire inland while dodging torpedo bombers swarming on them.

The growth potential of this game, which had only 60,000 players on its servers while I played it on the show floor, feels massive. The inertia this game is developing feels significant, and by adding more platforms and more ways to join the battles, the only place to go is up.

Yudintsev likes his chances against the juggernauts in the free-to-play space.

"We’re not looking at our competitors and trying to do what they do, or don’t do," he says. "We’re just making the game we feel is good."