Epic luminaries on why they left 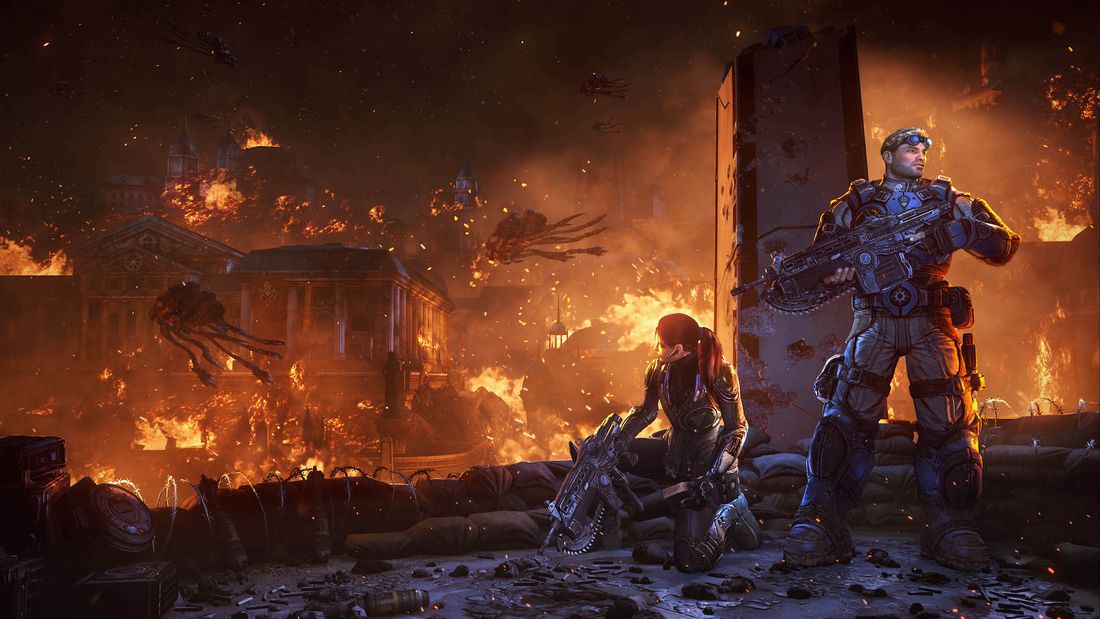 It ended one summer night in 2012 after a stroll along a North Carolina beach.

Cliff Bleszinski, Epic’s protégée game maker and the face of the popular Gears of War franchise, had grown frustrated with the development process for retail games. Jaded about the game industry and recently flush with cash, he had simply stopped going to work at Epic.

“I tried to renegotiate my contract and we couldn’t come to terms,” Bleszinski says. “A lot of jadedness happened. I was so fed up with the development process. I felt like I needed to retire.”

Bleszinski, who started working at Epic when he was 17, retreated to his beach house along the shores of North Carolina, seemingly stuck between his desire to make games and an increasing sense of unhappiness.

“Tim Sweeney called one day and said that we needed to talk,” Bleszinski says. “I told him that I was down at the coast and he said, ‘I’m down here too.’”

Sweeney came, but not as Bleszinski’s boss and not to antagonize him. He came as a concerned friend.

“He’s always been a big brother to me,” Bleszinski says. “We went for a stroll on the beach at night. He told me where Epic was going and said, ‘You either need to call it or get back to work.’”

Bleszinski says he slept on it: “The next day I woke up and wrote my resignation letter.”

Despite being a sort of phoenix, a company fueled by semiregular immolation, reinventing itself each time to become something bigger and better, Epic still seemed to stagger a bit under the most recent evolution.

Bleszinski says money was certainly involved in his ultimate decision to leave.

“I sold a bunch of stock and had a bunch of money,” he says. Faced with his own burnout surrounding the process of making games and the upcoming shift from making boxed games to creating “living products,” Bleszinski says he decided to leave.

He did a lot of reading, he says. He hung out with his new wife and enjoyed their time together. But he couldn’t quite let go of gaming.

“I would still go to GDC and what not,” he says. “And I missed having a product to work on. I missed, like Lady Gaga said, I missed the applause. Like having people tell me what they liked about the game. Of course I liked the money, but the applause, that’s the most rewarding thing.

“Video games are in my blood.”

About a year and a half later, Bleszinski came out of retirement to start his own studio, Boss Key Productions, just down the way from Epic’s North Carolina headquarters.

Mike Capps, the long-time president of Epic, also left, saying that he too was retiring — not out of frustration but to spend more time with his newly born child. He declined to comment for this story. Rod Fergusson, the executive producer on Gears of War, left as well. He initially went to Irrational Games where he helped Ken Levine and team wrap up BioShock Infinite and eventually moved over to the new studio created by Microsoft to make more Gears games. Microsoft declined to comment for this story on his behalf.

Adrian Chmielarz left the same month Fergusson did. Chmielarz joined Epic in early 2012 when it purchased his studio People Can Fly. Chmielarz says that his decision to leave Epic was fueled by the company’s vision of the future.

“We could not talk about the details of that vision at the time of our exit, but today it is no longer a secret — just look at what Paragon and Fortnite are,” he says via email. “We neither fit that vision nor were interested in pursuing it. To be clear, it’s not that we think there’s anything wrong with the direction that Epic has chosen; time will only tell if it was the right decision. It’s just that other things excite us.”

Chmielarz says that Epic no longer needed an external studio that specialized in the sort of story-heavy, single-player, expensive games that the company wasn’t making anymore.

“We had plans of our own, plans that were incompatible with what Epic wanted to do,” he says. “There was only one way out of that and the solution was very simple: We shook hands and parted ways.”

When Chmielarz left, he and a few of his co-workers formed a new studio: The Astronauts. In 2015, the remaining People Can Fly team broke off from Epic, reforming as a standalone studio but still doing contract work for Epic.

Sweeney said Epic originally started working with People Can Fly because it was impressed with the team's work on shooter Painkiller. Epic had the team help with the Gears of War games and then, in 2011, had it develop the over-the-top shooter Bulletstorm. When 2012 hit, Epic brought the team, along with members from a lot of other teams, to help on Fortnite.

“They did some great work, but they really wanted to build a major game in their studio,” Sweeney says. “We didn’t fit with that idea. They came to us with a proposal to split off and it made sense.”

Chmielarz says he’s happy with how things eventually turned out.

“Leaving People Can Fly after 10 years of blood, sweat and tears was hard, but after three years of The Astronauts, it’s clear to us we perform better when we’re 100 percent on our own,” he says. “We treat those five years we spent with Epic as an invaluable lesson in, well, everything — from quality standards to business dealings. Starting a new studio with all the knowledge and experience felt great, even if it was nerve-wracking. But we got to make The Vanishing of Ethan Carter, and not only that was super satisfying but also set us up financially for years to come.”

At least one group of long-time Epic employees decided that the transition to Epic 4.0 made the company a place they no longer wanted to work.

Lee Perry worked on all three Gears of War games and several Unreal Tournament titles over his 10 and a half years with the company. But in early 2012, after working his way up to lead designer, he left with a group of five senior employees to form a new studio called Bitmonster.

“We had lofty business goals, but each of us had different personal factors for leaving, obviously,” he told me in a recent interview. “For me, I didn't feel I had a seat at the 'creative table' in a bigger sense (with discussions like which game concepts we would greenlight, etc.), and creative legroom is about the most important thing in my career.

“The other major factor was the company size. When I started at Epic a decade earlier, there were 17 people, and when we left, it was around 200. The sense of being a tight family where everyone personally knew each other — that was just not surviving the major hiring waves and company purchases.”

As the head count grew, Perry said, so did the number of people dedicated to management, and he feels that changed the company’s entire creative process “dramatically.”

“Were all the changes for the worse? Definitely not,” he said. “But it was clearly a different working environment in the last two years than it was for the first eight.

“Epic became a ’real company’ instead of a group of eccentric devs, and there's nothing wrong with that fundamentally, depending on who you ask.”

The higher headcount also meant that Epic needed to essentially become less risk averse, something the company also told me.

“Free to play makes sense for their position,” Perry says. “There's a higher cap for potential profits, and the higher stakes are basically required to support such a large company. You either place a lot of smaller bets, or you place a couple big ones ... and they're swinging for the fences.

“You can't 'play it safe' with an old school AAA game while you burn enough cash every month to pay 500+ people worldwide.”

Despite his decision to leave, Perry still thinks highly of Epic and its leadership.

“The simple truth is that there's a ton of talent there, and Tim and Mark are sharp guys; it's easy to look back nostalgically, but it's always a really bad play to bet against them,” he said. “Epic is in the business of pulling miracles out of their ass — it just happens over and over. The new Epic is banking on it as much as the old.

“From the Epic owner's point of view, reshaping the company paid off beyond wildest expectations, but it's impossible to look back and not long for what the Epic family once was. The industry doesn't have these garage-sized id and Epic standout 'gem' studios anymore. I'm not sure why that shift happened, but it's incredibly sad, like the whole of gaming culture lost something special. I'm glad I had a part of it, though.”

Looking back at 2012 and the changes that year brought with it, Sweeney doesn’t question his decision on the change in strategy, though he was surprised by the impact it had on the company’s makeup.

“I wasn’t expecting anything to happen,” he said. “I think the strategy was right. But I wish I could have done more to sustain some of those people. They were making a decision about the future of their lives. Making those decisions was probably doing what was right for them.

“I totally understand and respect that.”

Sweeney remembers that last walk on the beach with Bleszinski, too.

“It was good. It really made me understand where Cliff was coming from,” he says. “He had been working for Epic for 20 years — since he was 17. Like, that might have been a violation of some child labor laws in California.

“I’m grateful for all the work he and Mike Capps and the others did while they were here.”


“Epic became a ’real company’ instead of a group of eccentric devs, and there's nothing wrong with that fundamentally, depending on who you ask.”
Page 3 of 7