didn't understand or appreciate the Souls games — and yes, for the sake of this argument, I'm including developer From Software's Bloodborne in that list — until I received this simple advice: Think of them as rhythm games.

Rhythm games, meaning pattern recognition, meaning precise timing, meaning physical mastery. I think we all understand how rhythm games are different than the "action" and "role-playing" genres usually applied to this series.

And, like rhythm games, the most satisfying part of the Souls experience is getting better, more adroit, preternatural. You, the player, improve. Not just the character you're playing.

It was a revelation when I finally "got" Dark Souls 2. I immediately went back and played through Dark Souls 1. (Demon's Souls is still waiting for me). By the time Bloodborne came out, I was officially hooked on the formula. I expected to start at an advantage, to leverage what I'd learned in previous games.

Bloodborne is hard; we all know that. But Bloodborne challenges even its adherents to overcome its introduction. In place of a tutorial stage — wherein the game walks the player, be they veteran or first-timer, through instructions — Bloodborne begins with a serious difficulty spike. The lesson is clear: Abandon all hope, ye who enter.

For those of you uninitiated into its particular charms, here's a brief primer.

You play as a Hunter, alone in a Victorian Gothic city named Yharnam on the night of The Hunt. Lucky you, the city is overrun with all manner of beasts, many transformed from its own denizens. You'll use blood — that's Blood Echoes, Blood Vials, Blood Gems and Blood Shards, amongst other items — to help you in your quest to cure the town of its plague and end the nightmare.

Progress in the game is ... well-earned. Each death (and there will be many) sends you back to the last checkpoint, respawns all of the enemies and leaves whatever Blood Echoes you've earned thus far in the hands of the enemy who killed you. In fact, the only thing you'll have retained is the knowledge of how to maybe do better next time.

And you'll want to do better. While failure is a constant companion, it's accompanied by the knowledge that you failed, and that with enough work, you can persevere.

But maybe it's not just you ... there could be another. Bloodborne, like the other Souls games before it, has a multiplayer mode that is befittingly obtuse. Using the Beckoning Bell spends Insight — a hard-to-obtain resource — to summon a friend, or stranger, into your game. Using the Small Resonant Bell allows you to be summoned into another's world, where you can beat a boss to earn more Insight. While waiting for a friend, you can be invaded by hostile players and, with the Sinister Resonant Bell, you can invade others. For a world as lonely and desolate as Yharnam, it's a lot of fun with friends. 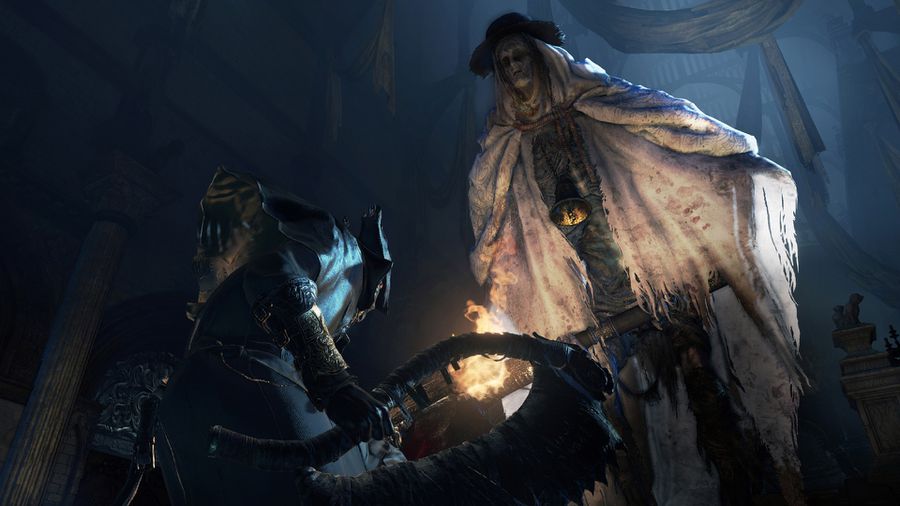 It's all so ... musical. Bloodborne is designed to evoke through a combination of setting, mechanics, design and story.

While Bloodborne's mechanics will be familiar to veteran Souls players, there is one crucial enhancement. Gone is the shield and, with it, that series' focus on cautious combat. In its place, you receive a gun. But this gun isn't so much a ranged weapon or, really, a weapon at all; it's a tool, designed to stagger your enemies at just. the. right. moment. There! Get in there and follow up that attack. If you take damage, you steer into the skid and attack back, earning a chance to regain some of that lost health.

Bloodborne is a more muscular game, with a more aggressive cadence to its combat.

But the game's excellent mechanics, its superb setting, are little without great encounters to put all of those ingredients to good use. And this is where Bloodborne excels. It's a chorus all singing in harmony, each element playing its part, building from the game's earliest moments into a crescendo that culminates in the game's final reveal.

If you stick with Bloodborne long enough, you'll be met with the game's transformation from gothic horror to Lovecraftian horror. The game's story — a faded outline of science gone wrong, the occult, monsters with familiar human names — is willfully obtuse. Like song lyrics, it's evasive and poetic. The game's players are like blind men each feeling a piece of the elephant, except the elephant is actually an eldritch horror. It's never clear, even with the story finally laid bare, just what exactly was happening. While most games struggle to deliver a simple narrative arc across their sprawling playtimes, Bloodborne nails its mise-en-scène and relegates the narrative to a background actor or, to continue the musical metaphor, a steady, ominous bass line propping up the track. 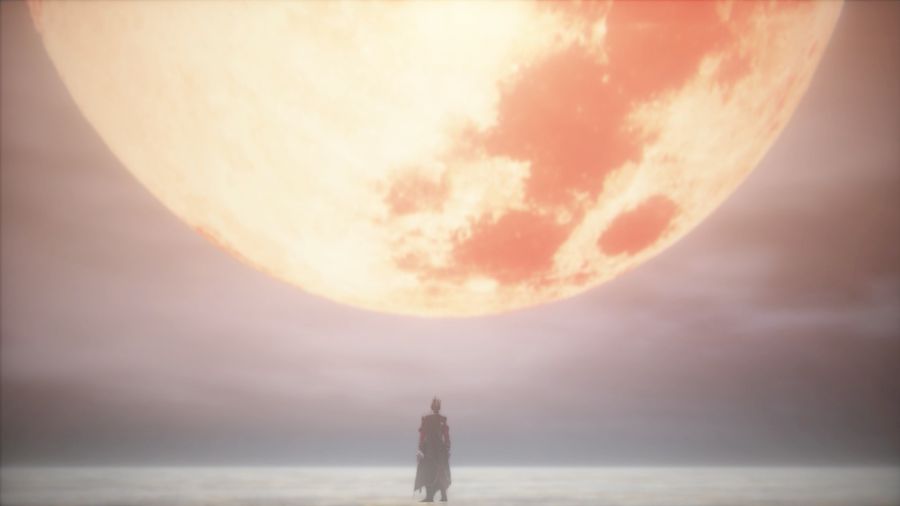 It's hard not to proselytize when discussing Bloodborne. I want everyone to experience it the same way I experienced it. There are very few games this capable and confident and it's only natural to want to share that with others. I'm also envious of those who haven't played it yet. They get to experience that first, long (!) march to Cleric Beast. The sudden followup with Father Gascoigne. The process of learning that esoteric language of the game's devotees, a sort of code that sounds like we're talking about a game but ... doesn't feel quite right.

I want you all to join me, and to scrawl messages for me on the blood-soaked, cobblestone streets of Yharnam.