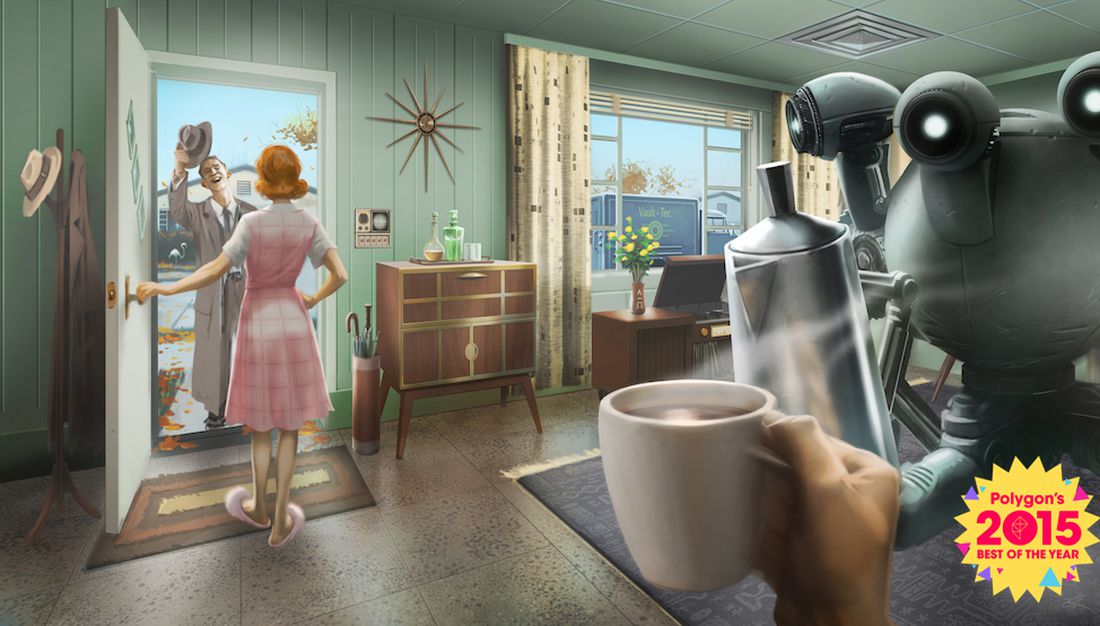 had to tear myself away from Fallout 4 to catch up on other potential game of the year candidates. That tells you something about how much I personally love Fallout 4, but it also says something about the kind of game it is.

Fallout 4's Commonwealth — just like Fallout: New Vegas' titular Nevada setting and Fallout 3's Capital Wasteland before it — is a world to get lost in. It's a vast post-apocalyptic junkyard (literally!) in which the remaining people are eking out a hardscrabble existence in scattered pockets of civilization, or have abandoned their humanity to prey upon anyone who comes their way.

If Gears of War's aesthetic was "destroyed beauty," then Fallout 4's is just "destroyed"; it feels like everything is covered in a fine, filthy layer of grime. Yet while there is little in the Commonwealth that could be described as beautiful, all of it is somehow alluring, which is a testament to the brilliance of Bethesda Game Studios' world design. Yes, there is fast travel; the game world is large enough to essentially require it. But Fallout 4 rewards exploration more than any other game in recent memory. I walked the wasteland for over 30 (real-time) hours before I ever set foot in Diamond City, the storyline's first major destination.

It wasn't like I was putting off the story per se, but every time I headed roughly south-southeast toward the revitalized husk of Fenway Park, I was waylaid by an odd shape or a splash of color on the horizon. In this manner, I came upon raiders holed up in apartment complexes; feral ghouls roaming around in subway stations; and a small farm operated entirely by sentient robots. Fallout 4's story missions and side quests certainly send you to interesting locales across the Commonwealth, but I found just as many slices of prewar life on my own as I did by following the waypoints the game set for me.

I haven't completed Fallout 4's main quest yet, and that's partly because I haven't found it all that engaging thus far. I've gotten much more out of the game by wandering through the wasteland at my own pace. Talking to certain characters opens up miscellaneous objectives located far and wide throughout the Land Formerly Known as Massachusetts, and you can choose to visit them at your leisure. That's how most open-world games function, but there's one element of Fallout 4 that sets it apart in this regard: The only way to get around the Commonwealth is to walk.

There are no horses. There are no bicycles, let alone motor vehicles — or at least, none that are in working condition. You cannot fly. Instead, you must trudge across the land on your own two feet (power armor notwithstanding), which forces you to interact with the world at a human scale. This would feel like an onerous restriction in a Grand Theft Auto game, but it's a welcome and appropriate constraint here.

Exploration is the ethos of Fallout 4. In fact, Bethesda does a much better job of storytelling through the world than through the game's writing. 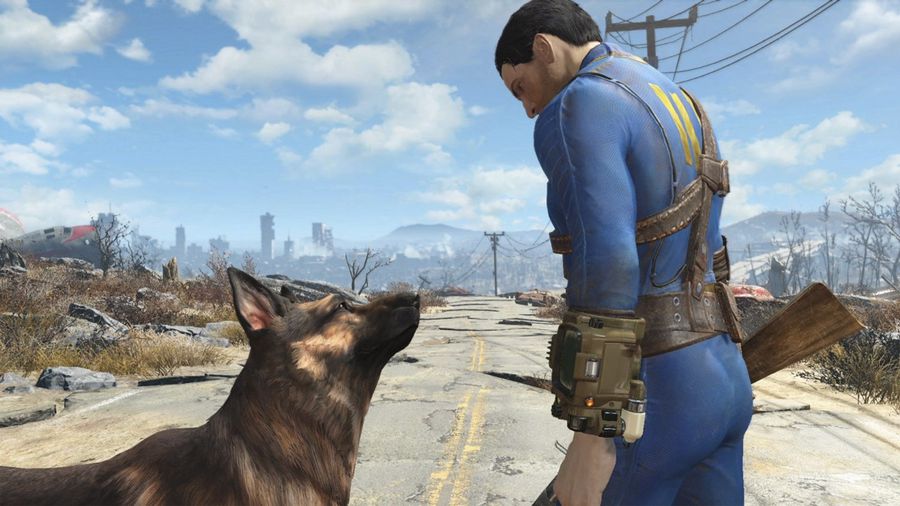 There are a million little stories to be found in the Commonwealth, and they'll alternately break and mend your heart. You'll see sight gags like a teddy bear on a toilet reading a newspaper. You'll find pairs of 210-year-old skeletons: people who spent their final moments huddled together as the bombs began to fall. I looted a corpse in an irradiated cave, and found a note giving the recipient a workplace award for disposing of trash; he had simply buried drums of nuclear waste in that shallow subterranean chamber, and the work eventually killed him. Listening to holotapes and digging through computer records reveals even more about the people of 2077 and 2287.

As with the finer things in life, you get out of Fallout 4 what you put into it. Mainlining the story and fast-traveling from place to place is a perfectly reasonable way to play, but if you do that, you'll miss out on the best of what the game has to offer. Take your time exploring the nooks and crannies of the Commonwealth; stop and smell the hubflowers. You'll be glad you did.