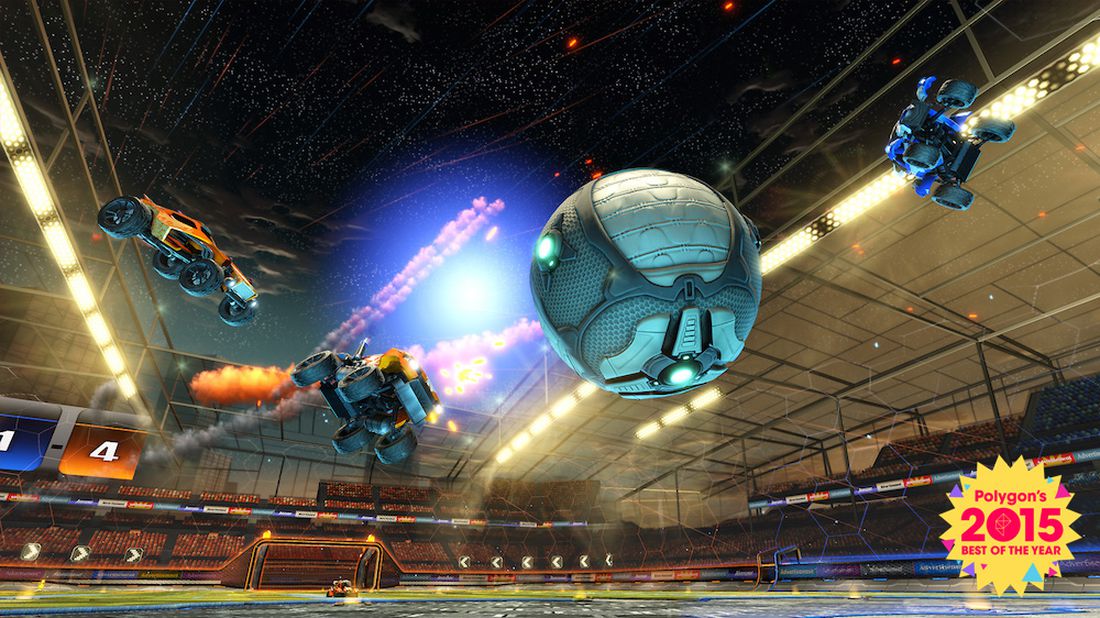 arely does it make sense for a developer to take a second shot at making a weird idea into a successful game. The team at Psyonix took that risk, and it paid off mightily with this year's surprise hit, Rocket League.

Part demolition derby, part science fiction and part soccer, Rocket League is the most challenging and the most ridiculous thing I did with an electronic device this year. It rewards coordinated teamwork and individual skill in equal measure, and is one of the rare multiplayer experiences that seems to be palatable — dare I say fun! — when played with the unwashed masses.

Drive around. Hammer at the button on your controller to fire off a rocket-powered boost. Climb up the walls. Flip your car around like ... like nothing else you've ever seen before. And score goals, of course. The concept, bizarre as it is, requires almost no explanation once you put a controller in someone's hands. Just plop them down in the practice arena, shut your mouth and watch a grin entirely consume their face.

Beyond those first few play sessions, though, Rocket League rewards real practice. Yes, the more I played, the better I was able to control my vehicle and pull off crazy stunts. But along the way I also became better at seeing opportunities to score, at watching plays evolve in front of me, and at finding my opponents' weaknesses and exploiting them.

That strategic layer makes Rocket League ripe for esports, which was clearly the team's goal — no pun intended — all along. Add to that a rock-solid internal video capture and replay feature, and you can tell that a lot of thought and craftsmanship went into making sure this game had legs to run on once it hit the ground.

Another thing working in Rocket League's favor this year is the tireless effort the team at Psyonix has been putting into keeping it in the public eye. Just about every month, the studio announces a new batch of cars or new maps or entirely new game modes. Late this year, the developer introduced mutators — wacky changes to gameplay like decreased gravity or square balls — and just this week a hockey mode. They also fulfilled the fantasy of every child of the '80s by allowing them to drive a DeLorean. 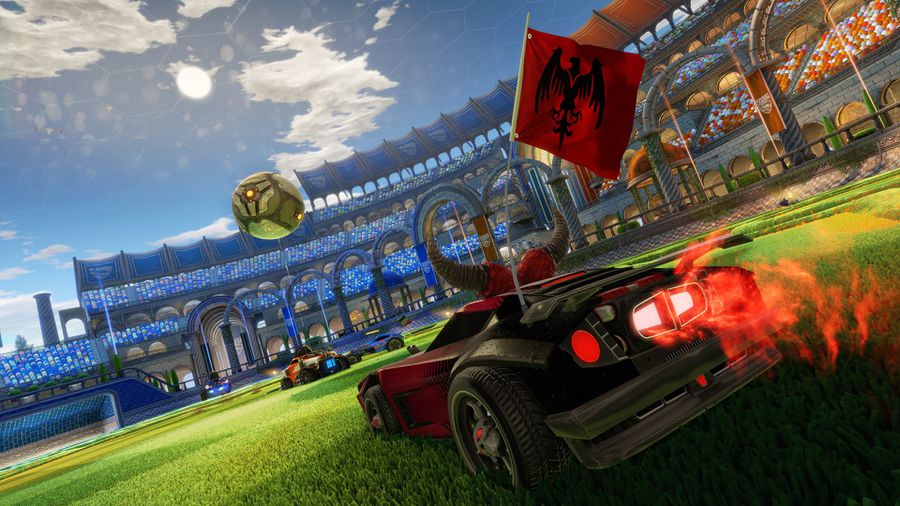 I'll admit that when Rocket League was announced as one of July's free games for PlayStation Plus, I dismissed it. Who wants a sequel to a game from 2008, a game no one remembers called Supersonic Acrobatic Rocket-Powered Battle-Cars?

Just a few days later, I couldn't stop playing it.

The best thing I can say about Rocket League is that while the hard drive on my PS4 is filling up quickly, I've got no plans to delete the game. It will be in my weekly rotation for a long time to come.

Share your thoughts on Rocket League on our forums.