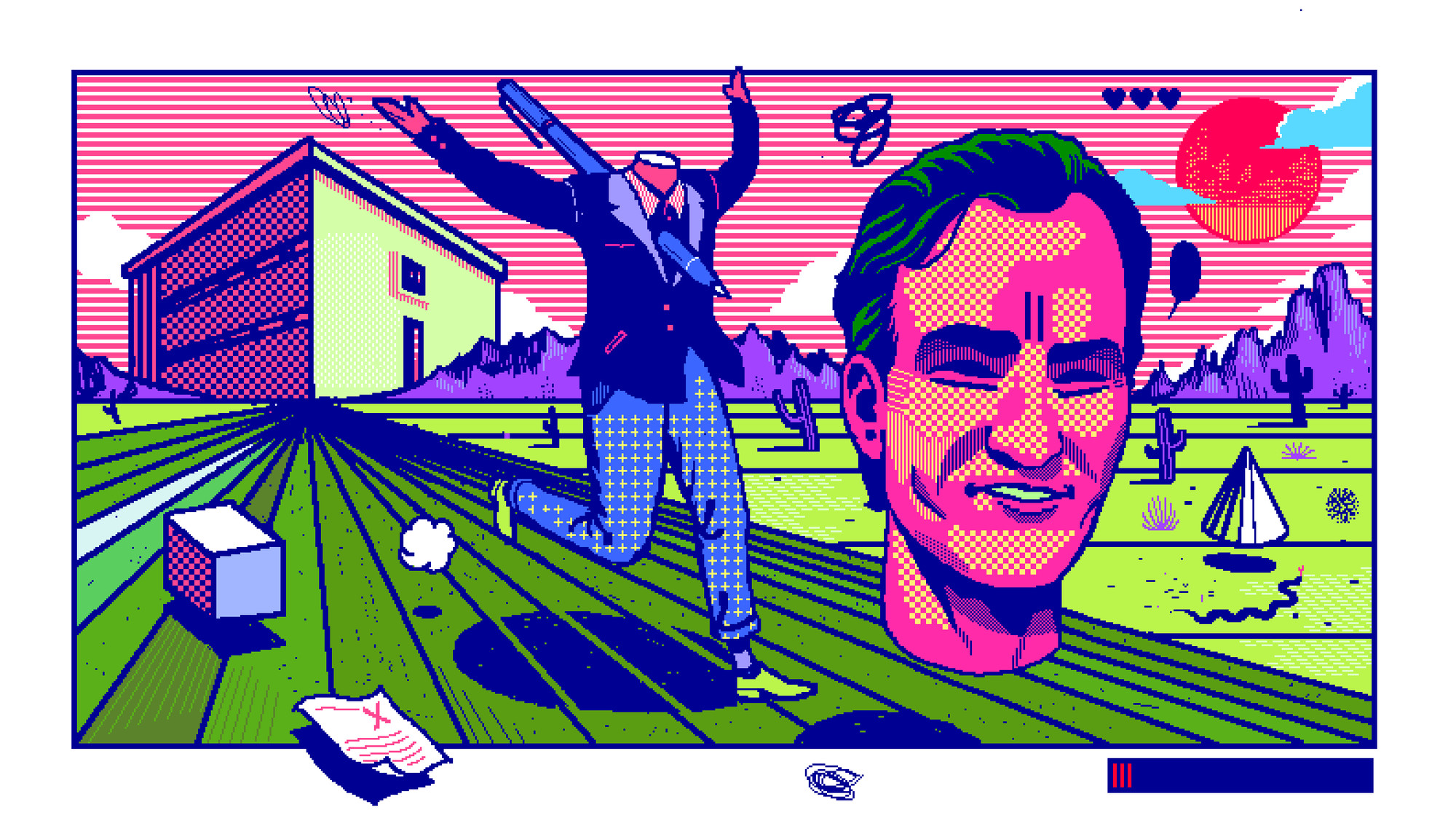 A STAB IN THE BACK

Trip Hawkins is sitting in a leather armchair in the center of a large co-working room in downtown San Mateo that is mostly empty of people.

He is lean, in his early 60s, his hair dark, slick and neat. He is dressed in smart pants and an expensive-looking open-necked shirt.

He speaks quietly but intensely about the company he founded more than 30 years before, the game publisher he built into one of the most successful in the world, before he left to embark on a risky gamble to reinvent the console business.

“In hindsight,” he says, “I’d have rather just stayed at EA.”

Hawkins, a Steve Jobs acolyte during Apple’s 1970s origins, founded EA in 1982. Based on his observations of Jobs in his prime, Hawkins hired a strong executive team, made far-sighted business decisions and built a company that, by the end of the decade, was publicly traded and reaping revenues of hundreds of millions of dollars a year. He was one of the most powerful executives who ever bestrode the game industry.

He tried to create a game publishing company built on the belief that creative talent comes first. In the early 1990s, he pulled off an extraordinary coup, reverse engineering the Sega Genesis in order to push back against console manufacturers’ harsh royalties systems, which kept game publishers in thrall to the Japanese giants.

Understanding that the console makers would fight back, he decided to build a game console that did not take large royalties from game makers, that allowed creators more freedom.

The 3DO was a bold attempt to make the console world more like the PC world, where creators and consumers — not electronics companies — acted as gatekeepers.

In order to devote himself to 3DO, Hawkins stepped down as boss of EA, putting his head of sales in charge of the publisher while he continued as both chairman of EA’s board and head of 3DO.

The relationship between 3DO and EA soured. Hawkins’ missionary zeal to push back against the console makers did not fit with the EA executive team’s financial goals, which were increasingly focused on a (strategically correct) belief that Sony would create huge new revenue opportunities with its PlayStation console. When Sony came into the console market, EA walked back much of its support for 3DO and threw its lot in with the PlayStation.

“I realized that EA was stabbing us in the back,” he says. “They were not going to have any exclusive games on 3DO. They were all going to show up on PlayStation. We needed to have some first-party games. We didn’t have a choice.”

3DO began making games. “EA’s attitude was, ‘You can’t do that,’” says Hawkins. EA believed that, if 3DO was in the business of making games as well as hardware, then Hawkins’ new venture was now a competitor. “Well, we had to do it. I was advised legally I couldn’t be chairman of both these companies.”

The 3DO failed, trampled underfoot by the console companies, which subsidized manufacturing costs through game royalty charges, and so came to market with lower prices.

Despite the long, painful failure of The 3DO Company, Hawkins remains active in gaming. He founded mobile company Digital Chocolate in 2003. Today he is running a game subscription service that aims to teach emotional intelligence to kids.

“I really am more of a game developer; I’m more of a content guy,” he says. “I’ve been around hardware quite a bit, but I’ve really just seen hardware as a means to an end.”

He may never again come close to the heights of his EA success, during those years when the company shaped the meaning of game publishing in the United States and Europe, when it sought to challenge the console makers, when it briefly tried to create a haven for the most creative game makers, when it marketed computer games as emotionally challenging works of art.

I’ve been around hardware quite a bit, but I’ve really just seen hardware as a means to an end.

Today’s EA is known as a safe publishing umbrella for multi-iterated, highly polished, mega-marketed brands like FIFA, Battlefield and Need For Speed. It is a company that prides itself on creating and marketing games based on observed play analytics and consumer research.

EA’s recent E3 press conference, which showed off highly anticipated titles like Mirror’s Edge Catalyst, Star Wars: Battlefront, Unravel and a new Mass Effect, demonstrated that the company has a solid take on what consumers want to play, as well as a talented pool of creators and planners. Polygon’s 2014 game of the year was an EA production, Dragon Age: Inquisition.

But it is also a company with plenty of critics, who see it as the epitome of a bland, money-grubbing corporate megalith, divorced from the concerns of gamers. This is a charge that EA spokespeople vehemently deny.

Thirty years after EA was founded, many of the ideas that Hawkins espoused have come to fruition across the industry. Game developers are receiving unprecedented personal branding and earning power. Open platforms represent a valid and vibrant alternative to consoles. Games are widely viewed as emotionally fulfilling art.

But Hawkins does not see EA today as being like the company that he built — and certainly not the catalyst for positive change. “It became kind of a factory,” he says. “They got to be pretty good at cranking out EA Sports games. Man, they got good at that. But they really didn’t do much of anything else, did they?”

Things were different back in the ’80s …

[On multiple occasions over a period of several months, Polygon requested interviews with current Electronic Arts executives and employees for this story to talk about the company’s early years. EA declined. A spokesperson said that the company prefers to look forward.]

Listen to the whole story