TRIUMPH OF THE SUITS

When asked why EA deviated from its freewheeling origins, Hawkins replies, “The company became successful.”

After Hawkins trotted off to 3DO, he says EA became “run by the suits.” Hawkins points out that, lacking strategic direction, EA was slow to react to coming challenges like the internet. The company was forced to catch up in mobile, scrambling to buy market share. Faced with the success of a digital retail rival like Steam, it launched its own version, leveraging big brand reach in ways that do not seem particularly consumer friendly (EA does not sell its games on Steam, preferring to focus on its own Origin service).

The story of EA’s transformation from a company that represented external talent to one that made its own games is the story of game publishing in the 1980s and the 1990s. Its legacy remains with us today.

“Products were more efficiently produced inside the company,” says Hawkins. “There were technology bases, like the underlying engines in the sports games, that needed to be owned. Those games were being released every year. Maintaining license relationships was central. It became kind of a factory.”

Despite Hawkins perceptions of EA’s failings, the company grew significantly in the years after he left. The bigger the company became, the more risky its strategic choices, the more damaging its publicity failings. This contributed to a conservatism that is common among big companies.

Still, along the way, its leaders made some notable mistakes. EA failed to appreciate the importance of Wii, for example, when it arrived in 2006. At times it was slow to upgrade its development technology. It became embroiled in bad publicity scrapes to do with everything from chronic working conditions to perceived downloadable content abuses.

I was looking from a distance going, ‘How did they miss that?’ It’s the suits. They’re not product guys.

“There were all kinds of buses that they just plain missed,” says Hawkins. “I was looking from a distance going, ‘How did they miss that?’ It’s the suits. They’re not product guys. They don’t have the same passion or love for games, intrinsically.”

Riccitiello recalls arriving at EA in 1997 and thinking that the company was “very Trip-like.” He adds that it was too focussed on sports and was disorganized in many regards.

“We became a much more professional sales and marketing organization to go with the high-quality studio organization and expanded the portfolio. We got much better at multiplatform. Those were the natural extension of something that preceded me,” he recalls.

Riccitiello remembers taking a lunch with Hawkins during those early months at the company. “Because he was the founder, I wanted to meet him. I bought him lunch,” he says. “I was on the receiving end of a monologue for two and a half hours, I suppose. Without a doubt, he’s an incredibly smart man. He’s passionate. He lives in what I think most people describe as a reality distortion field. The delta between people that live like that that turn out to be Elon Musk or Steve Jobs, and the ones that don’t, it’s pretty thin.”

EA today is certainly a long way from the company Hawkins founded — and the one he left. Its release roster is dominated by franchises, some of which are annualized. Publicly, it speaks in bullet points and is widely derided by some online commentators.

Yet it carries a brand promise to millions of consumers, of a solid entertainment experience. The company tries to accommodate consumers by giving them what they want. It watches patterns and player behaviors and acts accordingly. Rarely does it innovate outside the realm of monetizing its most valuable assets.

When asked about EA’s reputation for creative timidity, Bing Gordon takes a while to answer. “My experience is people’s ideals always get tested in the face of love or money,” he says. “And so I think, when either you get old and brittle or you start paying attention to the wrong things, it gets really hard. 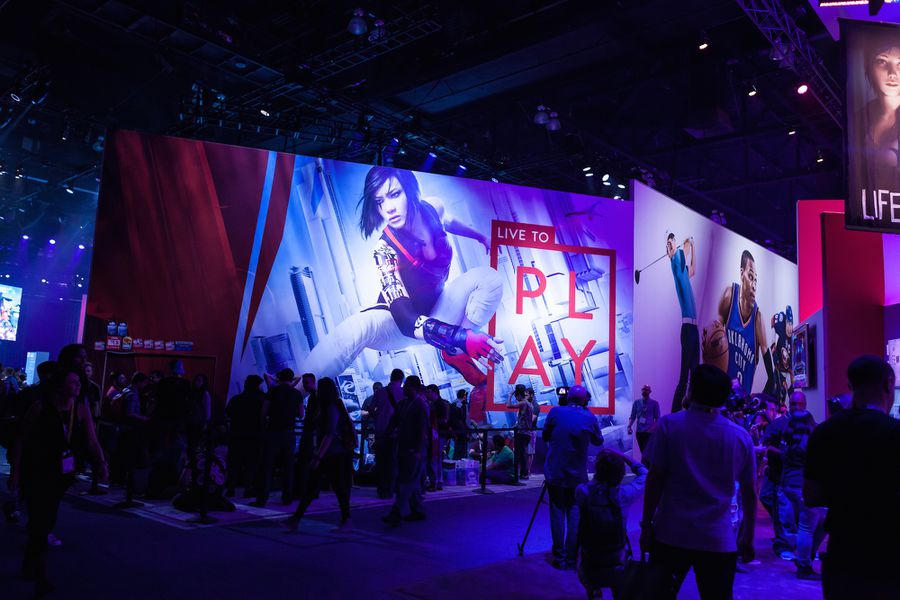 Electronic Arts at the Electronic Entertainment Expo in 2015

To be fair to “the suits,” EA had already settled in to some of its current familiar patterns by the time Hawkins left. Internal development was becoming the norm. External studios were being bought. Executives brought in through acquisitions, like Don Mattrick, were incorporated into the central management structure. EA was a publicly traded company with quarterly targets. Its managers, including Hawkins, were seen by the rank and file as being distant and disproportionately wealthy.

But Hawkins’ departure also reveals the company’s last attempt to really turn the game business inside out. No other game publisher has ever attempted to launch a console in direct competition to the established order. 3DO was a turning point.

After Hawkins reverse engineered the Genesis, he says he knew that “Sega and Nintendo would have their knives drawn and would be ready to make sure that we never got away with that again.”

He knew that Sony was coming to the market and predicted that there would be others, like Microsoft and Apple. “If the future was going to be based on Nintendo-type models of closed systems and huge license fees, we had to figure out a way to be more involved on the platform side,” he says. “The problem was that EA wasn’t a great big company like Microsoft or Nintendo. 3DO had to start off as a skunkworks project, and then it had to spin out as a separate company.

“Once they became separate companies it was easy for the suits at EA to say, ‘Hey, Sony wants us to support their PlayStation thing, and they’re going to put billions of dollars into it. We’d be stupid not to do that. So yeah, we’re going to throw Trip under the bus, but that’s Trip’s problem.’”

Larry Probst and the board at EA faced a choice between throwing their lot in with the power and potential of Sony or supporting their old leader with exclusive games. They chose Sony.

For me it was very much a family business. I had always imagined being like Walt Disney and just founding my company and staying with my company for my entire life.

“But once they became separate companies, EA essentially traded in their 3DO position for more favorable terms with Sony. That produced a pretty good decade for them, but unfortunately I think that was kind of the end, as far as the industry goes. That was the end of developers or publishers being able to stand on their own and have freedom with respect to platforms.

“It’s always been a concern of mine, and it should be a concern to every developer, anybody who actually cares about making software or using software. We’re all just much better off if it’s an open market and there’s free competition. Closed platforms cause a lot of problems.”

According to Gordon, Hawkins’ most effective time at the top of EA was probably coming to an end by the time he left.

“Larry was a trained scale executive. You see him now at the Olympics [Committee]. It’s extremely difficult to be nice to a lot of people, even those who don’t speak the same language. Not many entrepreneurs could grow up and have that job. Larry was team oriented. People who worked with Larry thought he’s going to add value. He was going to try to make sure that they won as well.”

Hawkins is currently working on a game that teaches children about emotional intelligence. He says the lessons in the game are ones he wished he’d understood earlier in his life.

He speaks calmly about his relationship with EA. But there’s no doubting that, 20 years after leaving the company he founded, it still hurts.

Does he have any regrets? Does he wish he had stayed at EA?

“I do. I do,” he says. “I mean, honestly, for me it was very much a family business. I had always imagined being like Walt Disney and just founding my company and staying with my company for my entire life. And I didn’t really plan to leave.” 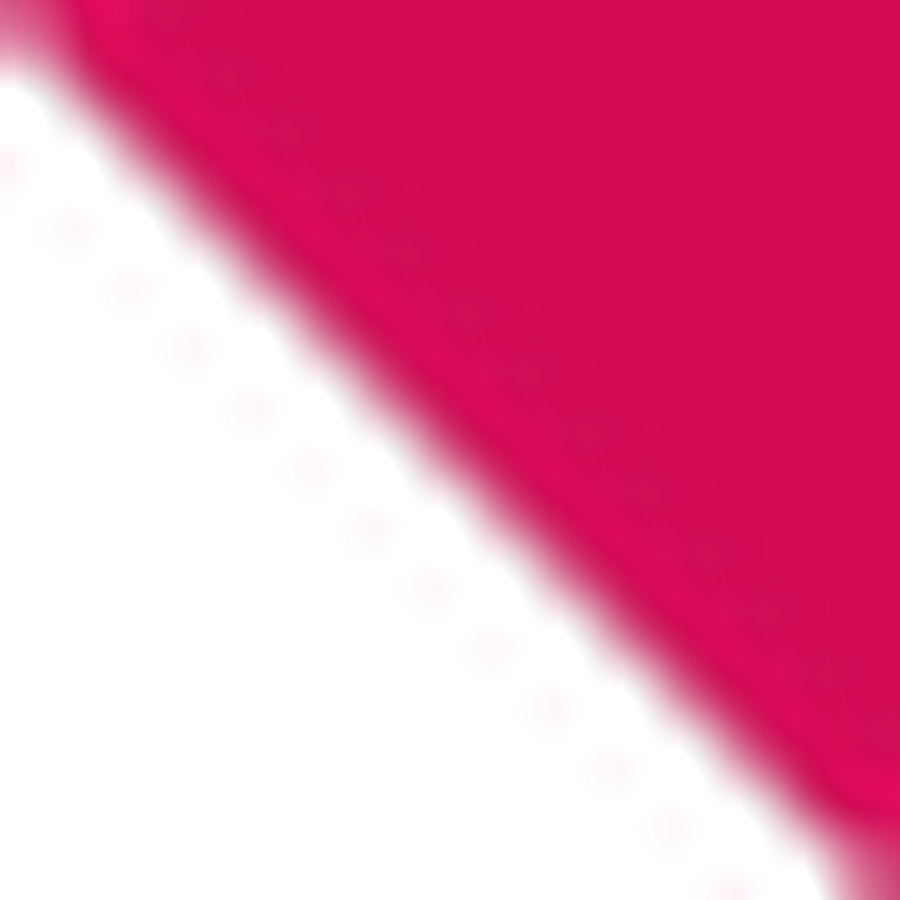