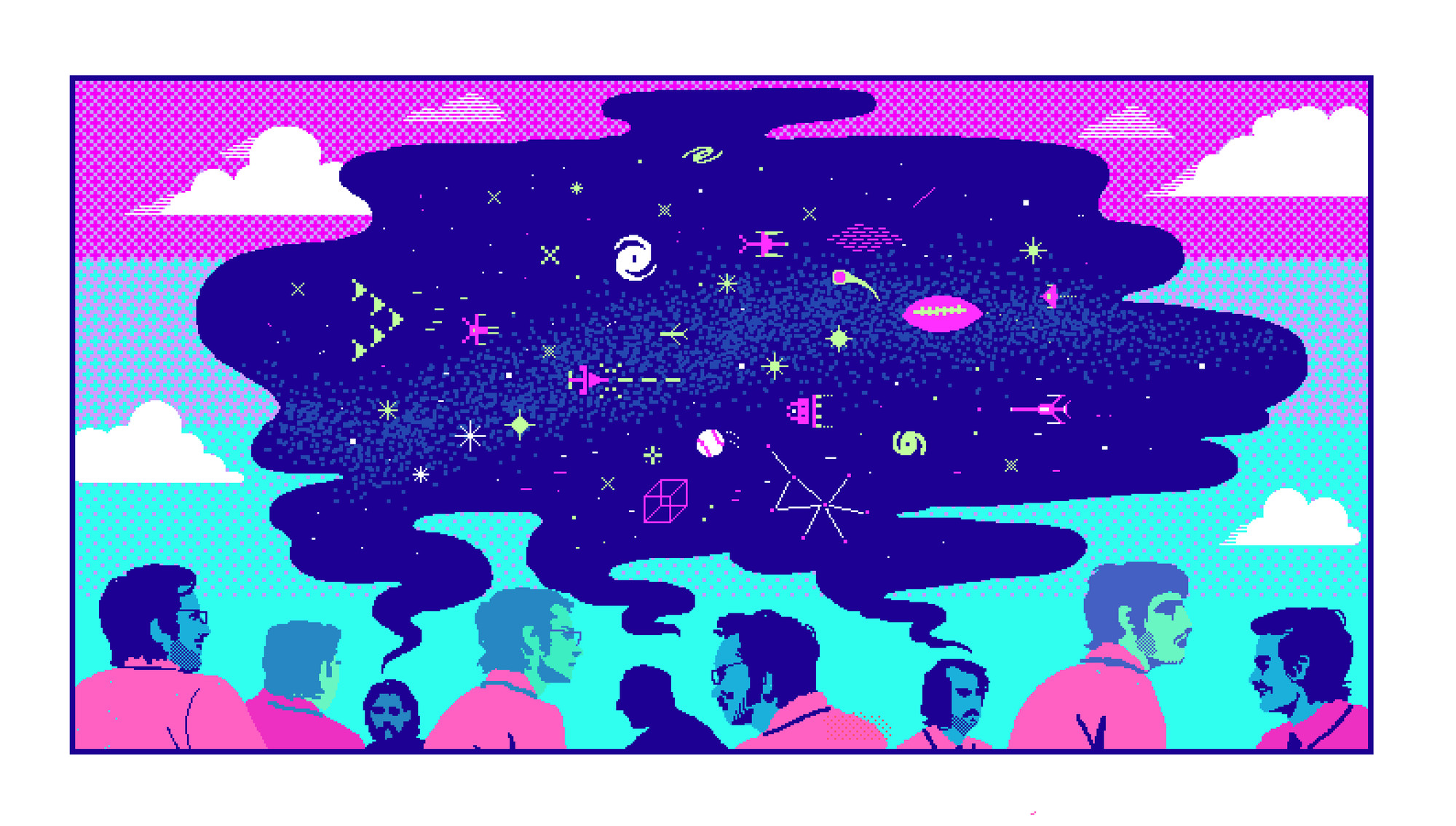 SMOKING DOPE ON THE ROOF AT EA

Electronic Arts’ offices today have the quiet, sterile feel of many Silicon Valley corporate HQs and big game companies. You can buy a latte in a Starbucks that sits at the center of an atrium. Or you can sit on a grassy field deep within the complex and gaze up at the sheer, glass walls. Everywhere, there are security barriers. EA hums quietly, efficiently. In this respect, EA is much like its competitors.

Back in the 1980s, Electronic Arts was something different. It was a place where arguments broke out in the corridors, where beery meetings were electrified by inspiring speeches, where employees would sometimes sneak out to enjoy a doobie together.

Stewart Bonn joined the company in early 1983 after begging Hawkins to let him work for a month, for free, just to prove himself. He was employee number 19, working first in the newly invented role of a video game producer and eventually running the entire company’s studio network.

We had beer at the Friday meetings. There was this contingent that said, ‘Well, you guys drink beer, so why can’t we smoke pot?’

“This was a casual, relaxed atmosphere,” he recalls. “We had beer at the Friday meetings. There was this contingent that said, ‘Well, you guys drink beer, so why can’t we smoke pot?’ People were on the roof getting high.

“We couldn’t possibly encourage that,” he laughs. “But we did believe in working hard and playing hard. People took their play very seriously. Everybody took what they were doing really seriously.”

One of the first developers signed by Hawkins was another former Apple employee, Bill Budge. Budge had created an Apple II product called Pinball Construction Set, which he was sending out to customers in Ziploc bags through mail order.

Hawkins persuaded him to launch the game on other platforms via EA’s first round of game releases, set for the spring of 1983.

“I would go visit EA,” Budge recalls, speaking in an interview on Google’s campus, where he now works as an engineer. “They were a fun group. It was one of the first places where you’d go in and there were toys all over the place. People had displays of their collectibles. It’s normal now, but that was pretty early and it was all new to me. There was a feeling of playfulness.”

But EA’s story really begins back in the 1970s, between two college friends.