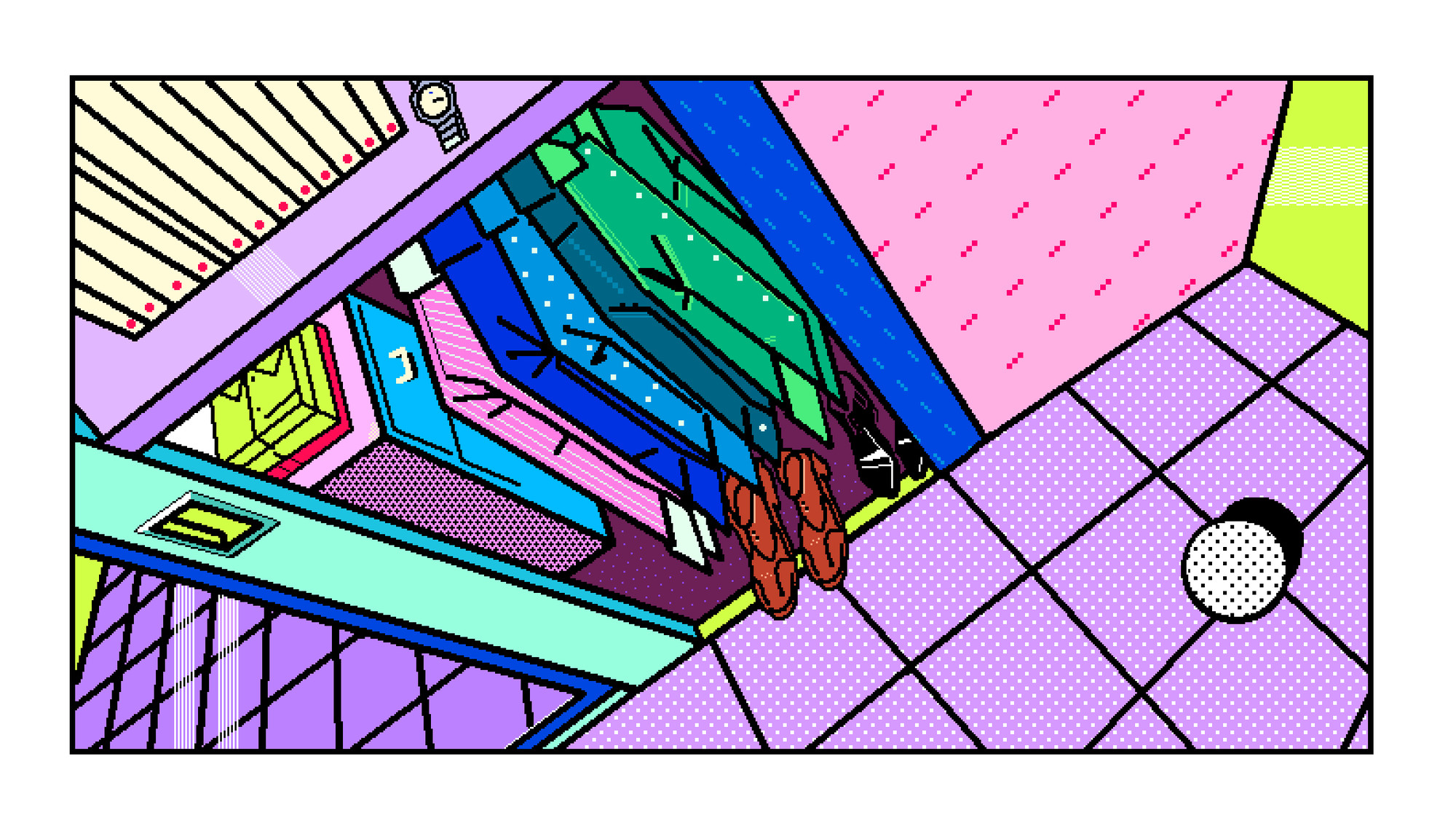 EVERY ISSUE OF GQ, LINED UP PERFECTLY

“He invited me over one time. He had all these copies of GQ in his closet,” says Budge. “Every issue, lined up perfectly. He had a beautiful house. Very orderly. He’s a guy with shirts that are all exactly the same and everything’s organized. His briefcase is the same. Everything’s lined up.”

Hawkins’ desire for order and for beauty extended to the way EA’s games were presented to the world.

If EA’s brand marketing was a call to action for the game developer as a person of note, its computer game packaging was a love letter to the games themselves and to the art of media.

Trip Hawkins wanted packaging that had an aura of class, an element of style. But he also needed to adhere to the tidy practicalities of retailers and packaging manufacturers.

“At that time, the early game companies were often in little baggies,” he says. “It was sort of pathetic, totally amateur. Or they were spending too much money to make a custom box, which requires specific tooling.” 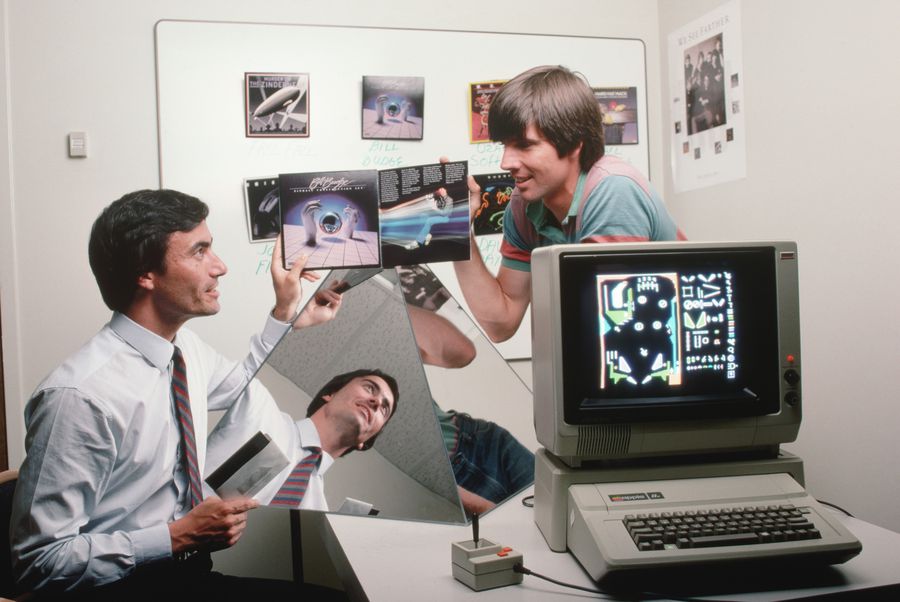 Trip Hawkins and Bill Budge in 1983

Once again, he turned toward an established media model: the vinyl record.

“I thought, well, record albums are at a high volume and it’s a standard package and they sell these records at retail for six dollars, so it can’t be that expensive. We went to the world’s largest printer of record albums, and they said, ‘Hey, you know what, yes we can do this cheap. But also, you’ll save money if you make it smaller because it’ll use less paper.’”

EA’s early games were released in gatefold album sleeves with classy artwork. Like record albums, they are lovely to touch and inspect. They are more than mere boxes.

“We were using the packaging to express our values, to honor the creator, the artist and the creative process that resulted in the product,” says Hawkins. “That’s what mattered to me — the authenticity and the value that was being expressed.”

In the following months multiple competitors copied the idea, haloing EA as an innovator and a new force among retailers. But, as so often happened in the early years of gaming, the concern of retail space was paramount. Like the expensive branding in magazine advertisements, the new packaging was ultimately a failure that yielded unexpected successes.

“It kind of became standard,” says Hawkins. “Then we all realized that it didn’t work because once you have too much inventory on the shelf space, the product goes from facing out to being spined out. So you need to have a fat spine. We started going to something with the same facial form factor and we made it thicker and then we just eventually went to the conventional boxes.”

EA was feeling its way in to the game industry, experimenting, taking risks. But there was one area where it would completely overturn expectations, and this would have a significant effect on its internal power structures: sales.