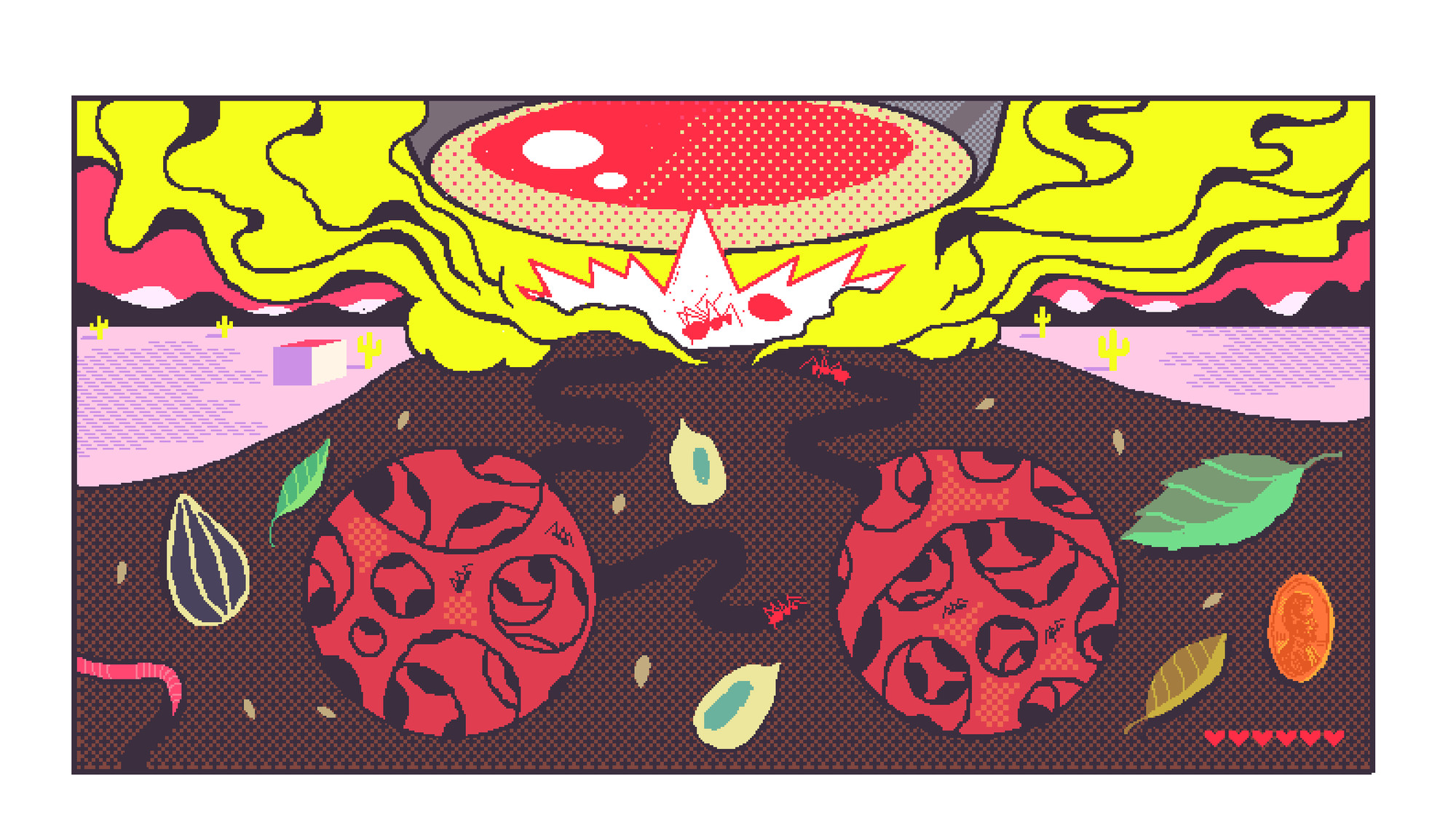 TRIP CALLS IN THE CAVALRY

Hawkins founded EA with $200,000 of his own money, later adding $2 million in venture funding.

Sales of the first round of game releases, in mid-1983, were disappointing. The company was in trouble.

“In the early days we had a bad sales organization,” says Gordon. “The first couple of years, we missed the revenue plan by half, almost went out of business. Our sales execution sucked.”

Hawkins was frustrated by the efforts of distributors, which bought games from publishers and sold them to retailers. He saw them as unnecessary and incompetent middlemen.

He decided to skip the distributors and to start telephoning the retailers — hundreds of them — directly. To sell them games.

But retailers liked doing business with distributors because it put a barrier up against hordes of aggressive companies pestering them with sales pitches.

“We got our ass handed to us for for that decision. It was brutally painful because nobody wanted to buy from us,” says Hawkins.

Soft Sell hated me because I was the only guy that wouldn’t give them the product and let them control the universe.

The calls would often end with the retailer saying they bought all their games from a big distributor like Soft Sell. “The first conversation would be, ‘Who the hell are you? I only buy from Soft Sell. Goodbye.’ They didn’t know Electronic Arts from a hole in the ground, but they did business every day with Soft Sell.”

Hawkins persevered. EA games could only be bought from EA. “We called all the mom-and-pops. I personally had to do a lot of this. It was like guerrilla warfare in a city, literally going room to room, house to house, taking out individual snipers. We had to get to every single one of these retailers, and there were thousands of individual retail stores carrying games or carrying computers.”

After repeated calls, retailers would sometimes recognize the name of an EA game that customers had been asking for, but which the distributors didn’t carry. “So, they’d say, ‘OK, tell you what. I’ll take one unit of Pinball.’”

Hawkins says that even when EA games sold through to customers, the retailers would try to reorder the games through Soft Sell. He slaps his head as he recalls his frustration.

“Soft Sell hated me because I was the only guy that wouldn’t give them the product and let them control the universe. And it literally took years before it pivoted.”

Hawkins doesn’t mention his sales manager at that time, a man called Larry Probst. Hawkins had brought Probst over from local rival Activision, which had been causing its own waves in the console business, taking on the might of Atari to publish third-party 2600 games.

A rivalry was born between EA and Activision that endures to this day. The game industry was very small in those days and made up of a lot of ’80s go-getters who judged their own success against the achievements of their foes. Probst was energetic, competent and highly competitive.

When Hawkins left EA, Probst became his successor at the top of the company. While Hawkins does not hold much affection for his old employee today, they worked the phones together back in the day in order to get the EA name out there. 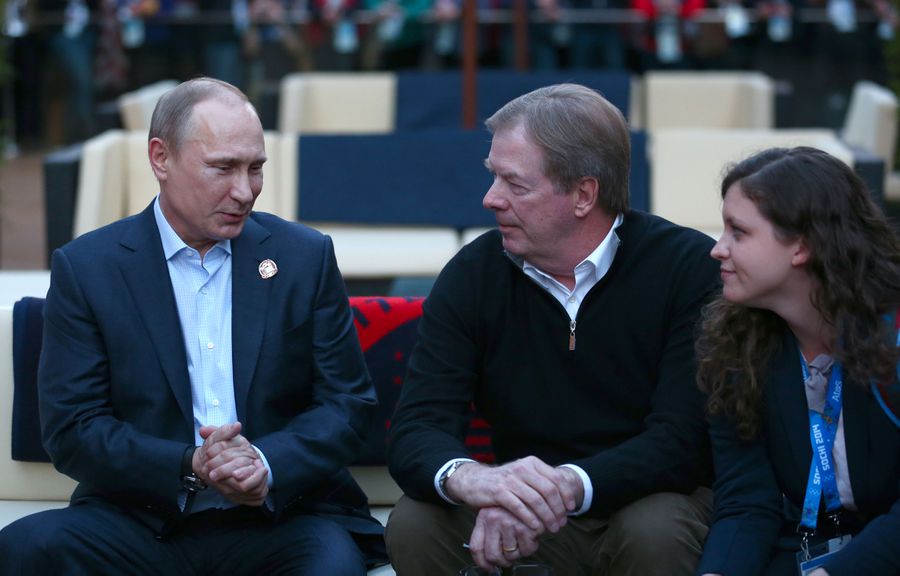 Gordon’s take on Probst is that he understood the sales machine better than anyone else: “He was a great forecaster of sales. He was the bedrock of business intelligence.”

Widely admired as a strong negotiator, Probst was good at making everyone feel like they were getting a fair deal. “Larry was team oriented,” says Gordon. Later, Probst was instrumental in forming the Entertainment Software Association and in brokering thaws in damaging wars between console companies.

These were the qualities that helped Probst reach toward the pinnacle of EA. He was chairman of the company until the beginning of 2015. He is now president of the United States Olympic Committee. Polygon was unable to secure an interview with Probst.

In the 1980s, as EA’s power grew, as its sales organization gained competence and reputation, Probst became a big player at the company. EA began selling on behalf of affiliate, smaller publishers. EA’s attraction to developers shifted away from its development kits and its touchy-feely advertising, toward its ability to deliver sales.

“We had the largest sales force,” says Bonn. “We could get the product shipped out into retail. At the end of the day, what the developers really cared about was the money.”

EA built its business not merely on its ability to shift games, but on its skill in predicting sales forecasts, which was Probst’s strength. The company became efficient. It became highly profitable.

In the early years, both Hawkins and Gordon were very interested in the games. They both played games. Probst was not a gamer. “Larry was not as product orientated as Trip,” says Bonn, who was running production. “He was sales oriented. Every once in a while he’d say something about wrestling. Why aren’t we doing wrestling? His kids loved wrestling. But generally speaking, he didn’t play the stuff. He didn’t have strong product opinions.

At EA, there were always a lot of people in the office who were ready to fire a Nerf gun or do something weird, but the sales folks lived in a different part of the building.

Steve Peterson was a product manager at EA in the late 1980s. He recalls meeting with the sales teams as they geared up for the annual big fall push, watching them practice their presentations. “They had this ability to get into retail and command prime shelf space,” he says. “A lot of it. They got there before Activision or anyone else and they convinced them to spend on our fall lineup. They did it brilliantly, better than anyone else, I think. That was a major reason for the company’s long-­term success.”

Probst’s sales teams were not cut from the same cloth as Bonn’s producers or Gordon’s marketers.

“At EA, there were always a lot of people in the office who were ready to fire a Nerf gun or do something weird, but the sales folks lived in a different part of the building,” says Peterson. “We didn’t really interact. Unless you had a specific reason, you didn’t go over there.

“The artist focus of the company, that torch was carried forward in product development. Rich Hilleman and Don Daglow and guys like that would still talk about how we were trying to create new forms of entertainment and break new boundaries. But in my interactions with Trip and Larry, they had this mission of building the company and going public and being a billion­ dollar company.”

Probst commanded loyalty from his team, and several members are still at EA.

John Schappert joined EA at around the time Probst was taking over from Hawkins, and he went on to hold senior roles in the firm’s development hierarchy, as well as vice president at Microsoft’s Xbox group.

“Larry’s an amazing man,” he says. “He’s extremely high integrity, honest, straightforward, great man, great leader. He was always doing the right thing for EA. He always carried that flag and brought that to every meeting he was in. I really loved the man.”

Schappert says Probst was more low key than Hawkins in company meetings. “Trip was very charismatic. He can carry a room. Great orator. Passionate, driven guy. Larry’s more soft-spoken. He’s not someone that relishes jumping up on stage and being the center of attention. He’s someone who doesn’t look for the spotlight.”

Few people worked as closely with Probst as John Riccitiello, who came in as president and chief operating officer of EA from 1997 through 2004 while Probst was CEO.

“He’s not really much into the game industry,” says Riccitiello, who expresses admiration for many of Probst’s achievements at EA. “He doesn’t naturally spawn a lot of stories because he’s not a colorful guy. He’s not a creative guy. He’s not a flamboyant guy. He’s sort of a disciplinarian. His primary weapon was to use the word ‘no’ to keep people from doing things that were stupid or crazy or risky or overly creative.”

This wasn’t the old EA.