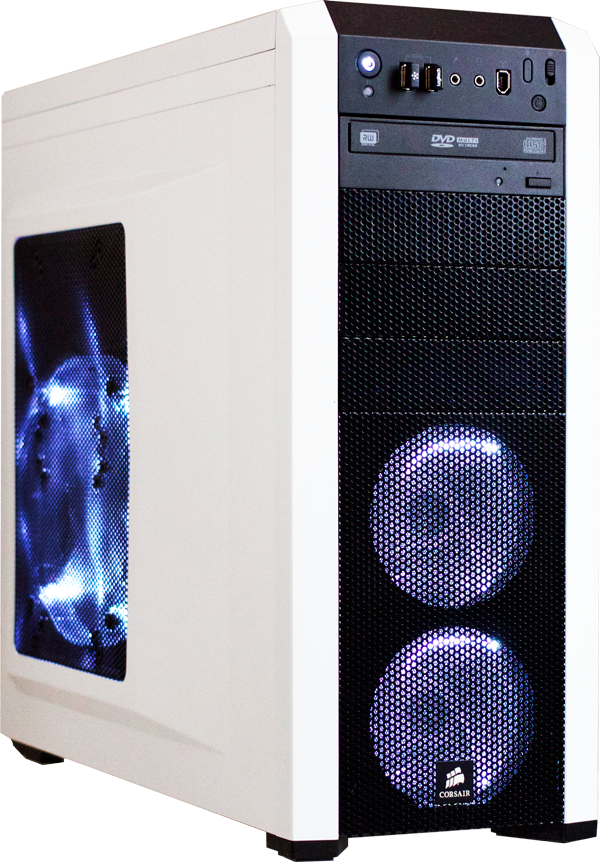 A high-end PC is a race car. And, like a race car, it requires a little more care and attention than something designed simply to get you from there to here. It's going to give you better performance, but at a cost, in both money and possibly time.

First, what do I mean when I say "high-end?" The answer is a little misleading. Sure, high-end PCs are going to be expensive, but it's important to understand what you're paying for, and what you shouldn't be.

For a high-end PC, what you're looking for is a machine that will run all of the newest games at all of the highest graphics settings, and continue to do so for some time, preferably years. This is what we call "future-proofing," and considering most mid-range PCs will run most modern games well, future-proofing is really the only reason to go high-end. Unless you just like spending money.

OK, so maybe you do just like spending money. Start here: The Origin Genesis is quite possibly the most advanced and expensive PC you can buy, with options for all of the latest technology up to and including 4k graphics output on a Cryogenic liquid-cooled graphics card. The starting price is around $1,800, although you can get it fully jacked with four liquid-cooled Nvidia GTX-780i graphics cards, 32GB RAM and everything else you could possibly want for around $10,000.

There's a lot of room to hit your particular budget when buying a PC anywhere, though, and places like iBuyPower, Falcon Northwest and Alienware (Dell) specialize in building quality gaming rigs. Finding the one that's right for you can be a matter of taste or simply reading reviews. You're going to spend a little more money buying a high-end PC versus building one, but the major benefit is the machines you can buy are built with technology that's been tested to work reliably when used together. Plus, with a purchased PC, if something goes wrong you can send it in for repair.

If you want to save the scratch by doing it yourself, or just like getting your hands dirty, then take a look at building a PC. It usually requires little more than a screw-driver and steady nerves. The big trick is finding parts that will work well together and give you the future-proofing to justify the expense.

Unless you're just looking for bragging rights, you might want to avoid the absolute newest components available. Future-proofing isn't just about getting new tech; it's also about getting reliable tech. And a lot of the very newest components haven't been throughly tested with a lot of the other newest components. Keep in mind, whether you build or buy, you're going to end up with parts made by multiple manufacturers. And while a part might technically fit, it might not technically work. Or work well. A site like PCPartPicker.com is a great tool for seeing at-a-glance if the parts you want will all work together. I also recomend reading reviews online at Tom's Hardware, Anandtech and anywhere that sells these parts. Some issues are rare, but it's a good rule of thumb that you will find one eventually.

This is a build I specced out and tested in late 2012 that still performs extremely well today.

And it only cost about $1,400 — well below what a similarly specced PC would have cost at one of the above retailers. 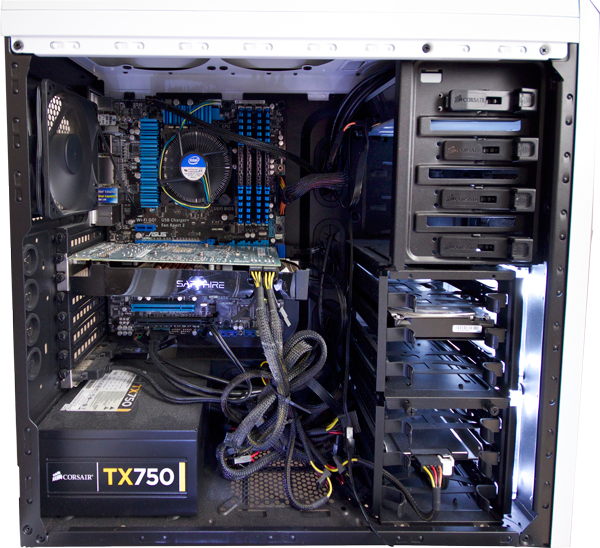 You'll notice a couple of things missing from that build, specifically a graphics card and an SSD. Neither of the components I purchased in 2012 are available any longer. As far as the SSD, the Samsung 830 I installed is just fine and cost about $200, but the newer model is the 840 and it's comparably priced for about the same or more space. The graphics card I purchased (and which still works great) was the Sapphire Radeon HD 6950. It was honestly intended as a placeholder until the new GeForce cards became more widely available, but I just haven't gotten around to replacing it yet. If I was building this PC today, I'd go with the GeForce 780. If you have extra money to spend, this is where to spend it. Get two (or upgrade to the 780 Ti)

For the CPU on this machine, I went Intel to match other existing Polygon machines, but I would have done so anyway. The Ivy Bridge architecture is really nice, and this CPU, the i7-3770k, which was almost a year old when I bought it, is still performing at the top of the heap on most reputable benchmark tests. I also flat didn't want to go with an AMD CPU. I've used AMD chips for — literally — decades, but I've found they tend to suffer slightly more from late lifespan compatibility and reliability issues. While you can sometimes get better performance for a lower price with an AMD chip, the long game is where Intel shines. For the mobo, I actually strayed from our standard Polygon PC spec, which calls for an Intel board, and chose a board from Asus. We'd found in building our other Poly PCs that the Intel "Ivy-Bridge" boards were having some memory compatibility issues, while a little research online pointed to the Asus P8777-V Pro as a reliable upgrade, with a few more features at an acceptable price.

The rest of this machine is a mix of personal preference and features we simply all agreed on. An SSD hard drive is a must for getting the best speed out of your operating system, but a physical data drive gives you cheap, reliable space for programs that don't need to be lightning fast. You will not want to skimp on memory, since every program uses it and it's often one of the first things to fail in any given PC. We went with Corsair. I also went with the Corsair brand for the power supply and case, because they're simply offering the best value in both reliable, efficient power supplies and cases that are easy to work inside but not ridiculously garish on the outside.

Update to my high-end build: