At first glance, it may appear that the PS4's user interface shares little in common with the PlayStation 3's "XrossMediaBar" interface, a familiar sight for owners of Sony's 2006-era televisions. But the PS4's interface is again similar to Sony's current televisions and with use, a clear evolution of the XMB is apparent. It retains its predecessor's speed, while adding a flexibility that the rigid XMB hierarchy never allowed. 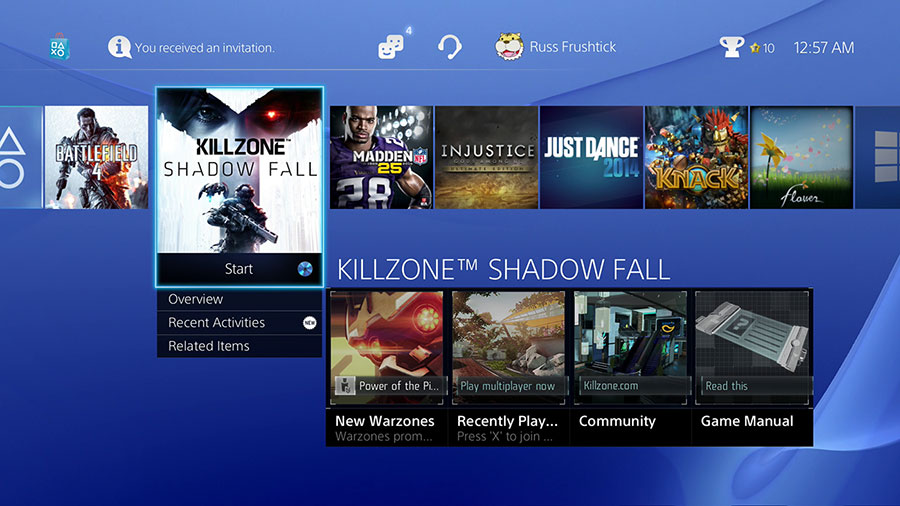 Little things stand out. You can temporarily suspend a game at any time by hitting the PlayStation button and, say, change your display or audio settings without quitting the game in question. After seven or eight years of the Xbox 360 and PS3, navigating the PS4's menus and UI quickly and with little lag is one of the more refreshing elements of the next-gen console experience.

One major, appreciated change: the bifurcated User/PSN ID system of the PS3 is gone. You can now skip the PS3's user ID/PSN ID association process and directly download your profile onto the PS4. The PS4 also supports greatly improved user switching, and its guest feature allows you to temporarily download a PSN profile onto a friend's PS4 and delete it when logged out. Other small touches delight — like double-tapping the PlayStation button to toggle between active apps and games. 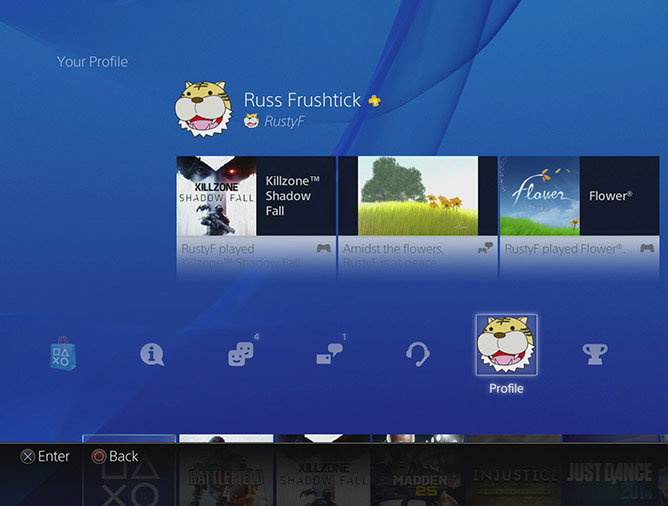 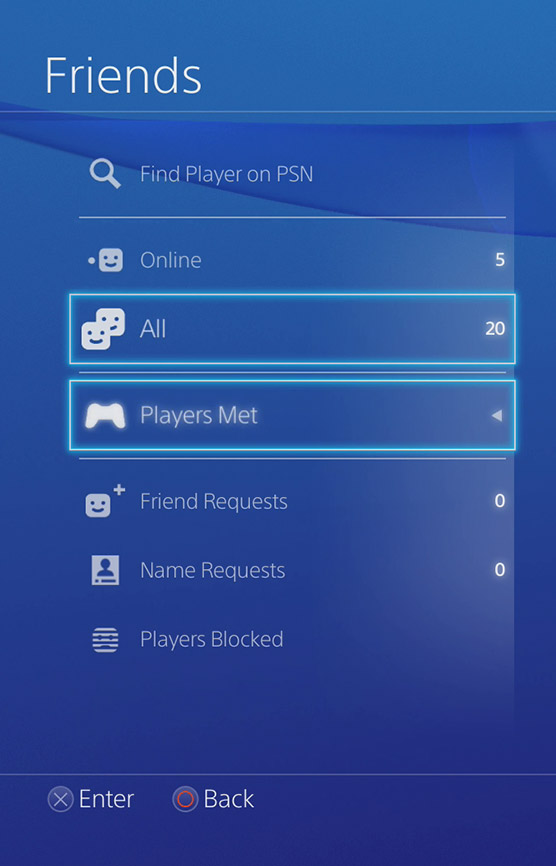 The legacy of the Playstation 3's operating system remains in the PS4's often confusing hierarchy of menus, sub-menus and hidden options. For example, the console's Notifications menu includes Notifications, Invitations, Game Alerts, Downloads and Uploads, all as distinct inboxes. The Friends menu includes separate inboxes for Friend Requests and Name Requests, both of which also appear under Notifications. Perhaps the utility of these discrete areas will become more clear with more time spent using the system.

After seven or eight years of the Xbox 360 and PS3, navigating the PS4's menus and UI quickly and with little lag is one of the more refreshing elements of the next-gen console experience.

Local media playback, a major feature of the PS4's predecessor, isn't supported. The PS4 also lacks any meaningful digital library management. Games are listed in an endless horizontal line with no organizational options whatsoever. Every single PS4 disc that you insert into the drive automatically installs and slots itself into that list, surely an impediment to finding what you're looking for quickly.

Other advertised PS4 features haven't made it in time for even the system's day one update. The console lacks a sleep feature, meaning it requires a full reboot whenever it's shut down — and active game sessions are closed. We also hope that Sony takes a second crack at the PS4's native video capture and sharing. It's a cool idea, and the implementation works, but the video we've seen is heavily compressed and muddy. It robs games on the platform of some of their wow factor

It's also worth pointing out that while the interfaces of the PlayStation 4 and PlayStation Vita are both well-suited for their respective mediums, a television and a touch-controlled portable, respectively, the differences between them provide a curious contrast for two current products bearing the PlayStation brand name.