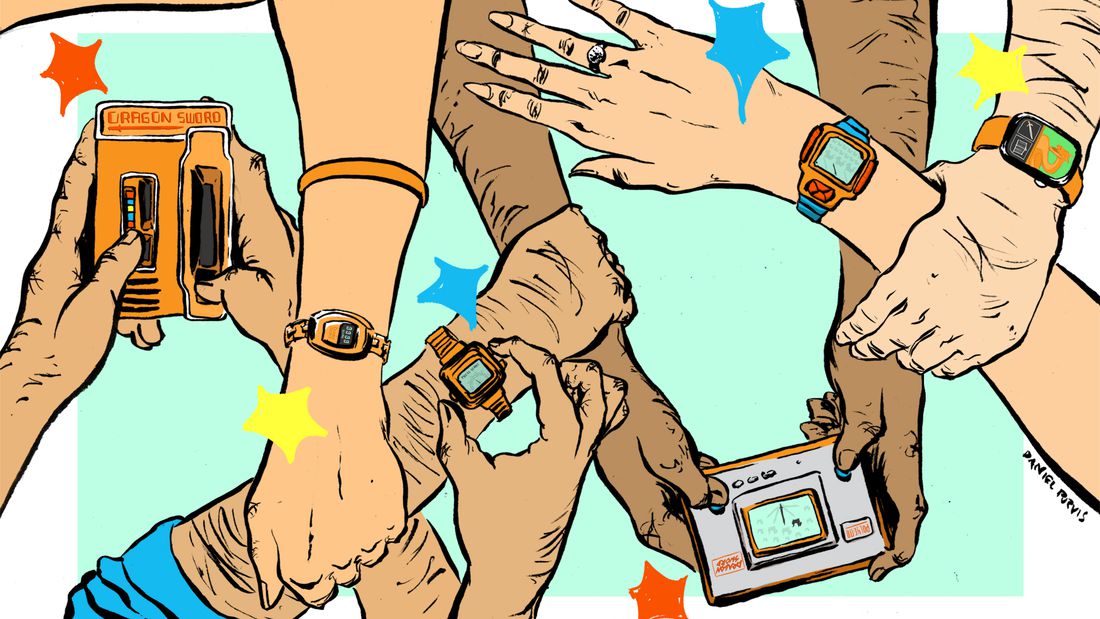 efore there were portable games, there were calculators. And somehow, those nearly ubiquitous calculating machines inspired the notion of not just portable computation, but a new way to pass the time: gaming on the go.

It was a calculator that became what many consider to be the first handheld gaming device: a low-fi drag racing game from Mattel. And a calculator game by Casio became the first popularized game watch creation.

This timeline loosely traces that history, including a few one-off oddities, from calculator turned game to calculator game; from Game & Watch to gaming watch. And finally, to the evolution of the gaming smartwatch.


Next: The current state of gaming on smartwatches.